After a journey of 25 years to become a Pokémon World Champion and ‘catch ‘em all,’ Ash Ketchum and his beloved companion Pikachu are finally bidding adieu to the popular animated series franchise.

The duo will be seen for the last time for another 11 episodes of the Pokémon series titled Pokémon Ultimate Journeys: The Series. The final episodes are slated to go on air from 13 January 2023 in Japan. So, take out your pokeballs and capture these precious moments before they fleet away.

What started in 1997 as an arduous journey for a determined Pokémon trainer to become the best in the world, has spanned over 25 seasons and shaped the childhood of many. With films and video games spinning out of it, the series is drawing to an end and the last episodes will celebrate Ash and Pikachu’s journey.

As Ash and his other Pokémon win the Masters Eight Tournament of the Pokémon World Coronation Series and achieve the zenith of success in the Pokémon world, the upcoming episodes shall serve as a commemoration of their achievements and journey. It will also drop the curtain in the most fitting way over the iconic Pokémon Ultimate Journeys: The Series.

The episodes will give a glimpse of what the future holds for the hero, pay tribute to his achievements and express gratitude to all fans and viewers from the Pokémon family.

“Fans can look forward to what’s to come in the new animated series, which will represent everything they love about Pokémon animation, including action, adventure, friendship, and—of course—Pokémon,” says The Pokémon Company. 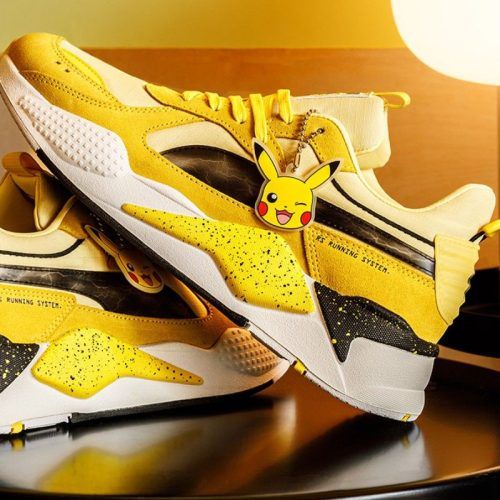 The news comes as a big shock to many Pokémon fans across the world and the person who has been voicing Ash is no different. Sarah Natochenny has been the English voice of Ash for the past 17 years and when the news was announced she shared a hearty farewell note on Twitter.

It’s been an extraordinary privilege to have been the English voice of Ash Ketchum for what will be 17 years. No matter what lies beyond his final chapter, he’ll live forever in the hearts of many generations to come. I’ll keep him present for all of us in every way I can. ❤️ pic.twitter.com/UZxPO4xD6E

On 16 December 2022, The Pokémon Company announced another new Pokémon series slated to premier in April 2023 in Japan. It will hold spotlights to classic Pokémon such as Sprigatito, Fuecoco and Quaxly from the iconic games Pokémon Scarlet and Pokémon Violet along with a shiny Rayquaza.

Protagonist duo — trainers Liko and Roy— shall travel all over the Pokémon-verse and unravel some of its most incredible mysteries while encountering Pokémon fights and trainer battles.

An all-new Pokémon series has been announced!

Coming soon in 2023 and beyond! pic.twitter.com/2lrM6W1dgW

Trinetra is an ardent foodie and bibliophile who writes about films, travel, food and lifestyle. As a writer and literature student, slam poetry and storytelling are her go to jam. When not working, Trinetra is busy looking for her next place to visit or binge-watching Instagram videos for travel inspiration.
season 3 Content Hub fine watches Las Vegas

Culture
From The Dark Knight To Batman & Robin, We Rank All The Batman Movies From Best To Worst
6 hours ago

Culture
‘Money Heist: Berlin’ Will Premiere On Netflix In December 2023
19 hours ago

Culture
‘Avatar 3’: What We Know About Its Release Date, Cast And Plot
5 days ago

Everything To Know About DC Studios’ New Slate Of Projects Including ‘Superman: Legacy’, ‘The Batman – Part II’ And More

‘Black Knight’, ‘Queenmaker’ And Other K-Dramas Releasing On Netflix In 2023

These Are The 10 Worst Rated TV Shows On IMDb

Everything We Know About The New Green Lantern Series