Home > Culture > Living > Stefanos Tsitsipas: Looking At His Career Highlights, Net Worth And Other Achievements

In the 4th round of the 2023 Australian Open, Stefanos Tsitsipas knocked Italian Jannik Sinner out of the tournament in a thrilling five-set match. The athlete won the first two sets and then beat the 15th seed in the final set in three hours and 59 minutes. In the quarter-finals, he was able to defeat Czech player Jiri Lehecka in straight sets. He now faces Serbian Novak Djokovic in the semi-finals.

🇬🇷 @steftsitsipas speaks about the support he's received in Australia on his way to a fourth quarterfinal at Melbourne Park.#AusOpen • #AO2023 pic.twitter.com/qmMwKiToZ6

So, who exactly is Stefanos Tsitsipas? Is he the next promising young athlete who will eventually become one of the all-time greats of men’s tennis? Well, let’s take a look at Tsitsipas’ career highlights, his impressive net worth and other commendable achievements.

The young athlete is a former junior world number 1. His first Grade A title came in 2016 when he won the Trofeo Bonfiglio. 2016 was actually a banner year for Tsitsipas as he also won the European Junior Championships. His biggest win of 2016, however, was at Wimbledon where he won his first junior Grand Slam title in men’s doubles.

Learn to fight alone. Get out there and earn your stripes. 🦁🏆 @openparcara pic.twitter.com/qL7nRDrbGx

In 2018, he was the winner of the Stockholm Open and the runner-up of the Canadian Open. His performance only got better in 2019 when he won the ATP final and picked up an impressive win against the legendary Roger Federer at the Australian Open. 2021 was also quite impressive for Tsitsipas – he won his first Masters 1000 title at the Monte Carlo Masters and reached his first Grand Slam final. He also reached the semifinals of the Cincinnati Masters in the same year.

He has played in 24 finals while on the Tour, winning 9 and finishing as runner-up in 15 including the 2021 French Open where he was runner-up to Novak Djokovic.

Stefanos Tsitsipas’ net worth in 2023

As of January 2023, Tsitsipas’ net worth is estimated to be around USD 20 million. He has earned up to USD 20.5 million in prize money from his professional career. At the moment, he is also ranked 26th in the all-time earnings list of professional tennis players. In the 2022 season, he earned over USD 4.2 million from winning 46 matches and two titles.

Looking at his endorsements

Thank you @adidas for sending me those beauties home. They look great! Can’t wait to wear them! #AdidasYeezy #AdidasBoost #AdidasUltraBoost pic.twitter.com/8rXBi1djlK

The tennis player is an Adidas-endorsed athlete and has also had a footwear collaboration with the iconic sports brand in 2021.  Additionally, he has a racquet sponsorship from Wilson and his other sponsors include New Balance, Rolex and Rexona. 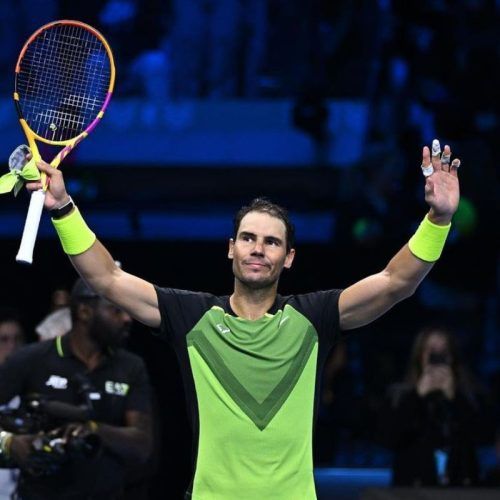 Rafael Nadal Net Worth: Check Out His Career Earnings, Endorsements And Other Assets 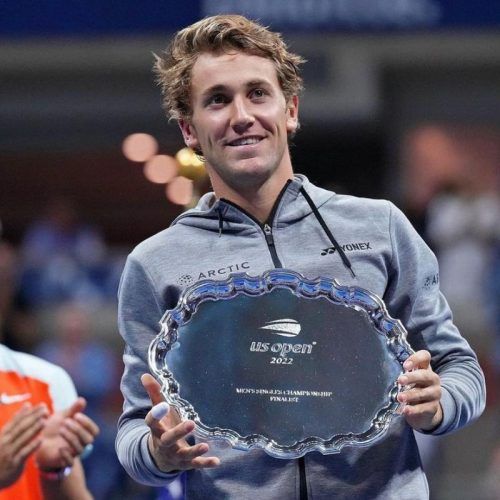 Casper Ruud: His Net Worth, Endorsements And Career Highlights

His properties and car collection

While Stefanos Tsitsipas resides in Monte Carlo, Monaco, he pays regular visits to his lavish house in Vouliagmeni, Greece. He also owns a villa on the Greek island of Mykonos. Just like other athletes, the tennis star loves his fancy cars as well. He owns a Tesla which he bought in 2019 and also possesses a Ferrari F430, along with other luxury cars.

As of January 2023, Tsitsipas does not have his own charity foundation. During the Covid-19 pandemic, however, he did launch an online auction to help contribute to the Player Relief Programme. He also donated money to Rally for Relief to help those who were affected by the tragic bushfires in Australia.

Bring it on boys!

Growing up, Tsitsipas studied in an English-medium school and spoke three languages – English, Greek and Russian. He is a supporter of the Greek football club AEK Athens and his hobbies include vlogging. Speaking of vlogging, he also hosts his own YouTube channel where he posts videos about his travels. Currently, he is in a relationship with New York-based research analyst Theodora Petalas and the pair have been dating for about four years now.

Question: What is Stefanos Tsitsipas’s age?

Question: Which country does Stefanos Tsitsipas belong to?

Answer: Stefanos Tsitsipas is a Greek professional tennis player who was raised in Athens, Greece.

Question: Who is statistically the best tennis player of all time?

Answer: Statistically, Roger Federer is considered to be the best male tennis player of all time. In a career spanning four decades, he has spent a combined 310 weeks as the world number 1.

Culture
Blake Abbi: Looking At The Net Worth And Career Highlights Of The ‘Bling Empire: New York’ Star
1 day ago

Culture
Year Of The Rabbit: How Will Your Love Life Be Affected In 2023?
7 days ago

View all Articles
Culture
Stephen And Deborah Hung: Looking At The Net Worth Of The ‘Bling Empire: New York’ Stars
1 week ago

Culture
Weekly Horoscope: Your Tarot Reading For January 30 To February 05, 2023
1 week ago

What Are The Maturity Levels Of The 12 Zodiac Signs?

Weekly Horoscope: Your Tarot Reading For January 23 To January 29, 2023