Home > Culture > Film & TV > Vicky Kaushal Net Worth: Take A Look At The Most Expensive Things He Owns

Vicky Kaushal Net Worth: Take A Look At The Most Expensive Things He Owns

Delivering several blockbuster movies and ushering in a wave of new-age cinema in Hindi films, Vicky Kaushal is a name that is synonymous with breakthrough performances, thwarting the notions of a quintessential hero. Fitting in the shoes of a diverse spectrum of characters, this Indian actor has shown that his josh is quite high, and he is here to stay. From Vicky Kaushal’s net worth to his films, we have rounded up some of the most expensive things owned by him.

As per a 2022 MensXP report, Vicky Kaushal has an estimated net worth of over Rs 30 crores (about USD 4 million). Reportedly, he charges around Rs 4-5 crores for movies. Other brand deals and advertisements also contribute to his wealth.

In December 2021, he tied the knot with leading Hindi movie actress Katrina Kaif and, according to a Times of India report, the Bollywood power couple is estimated to have a net worth of Rs 250 crores.

With Neeraj Ghaywan’s Masaan, Kaushal’s debuted on the silver screen in 2015. The performance sent ripples across the Indian industry and even globally, making him a noted actor par excellence. Critics hailed it as one of the best performances in recent times and Kaushal bagged the best male debut actor on a number of platforms, including the IIFA Award, the Zee Cine Award and the Stardust Award.

However, before captivating the audience with his on-screen presence, Kaushal worked as an assistant director with Anurag Kashyap in the Gangs of Wasseypur films (2010 and 2012). Before establishing himself as a bonafide actor, he also played minor roles in films such as Luv Shuv Tey Chicken Khurana (2012) and Bombay Velvet (2015). 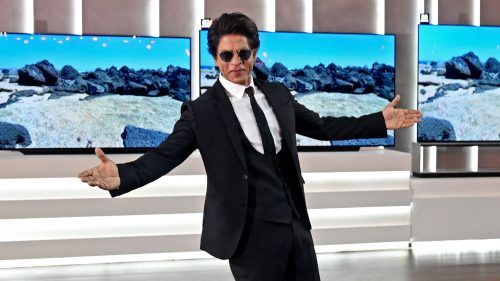 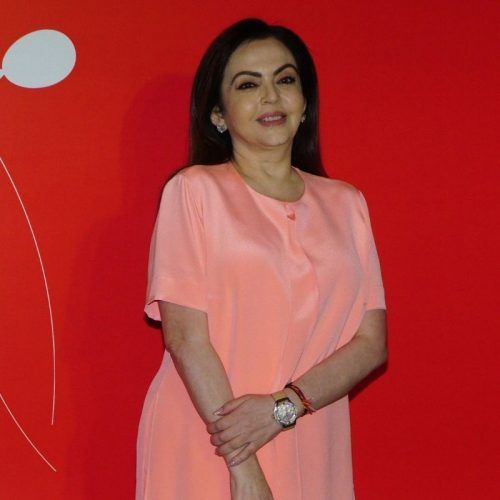 Kaushal has established himself as a phenomenal actor in Hindi movies who gets under the skin of a character. He received several accolades, including a National Film Award for best actor for one of his most groundbreaking performances to date in Uri: The Surgical Strike (2019), along with Ayushmann Khurrana and Akshay Kumar, and a Filmfare Award for best supporting actor in Sanju (2018), one of the highest-grossing Bollywood movies, as well as a critics award for best actor in Sardar Udham (2022).

Today, a prolific name in the Indian film fraternity, Kaushal is known for splurging on some extravagant luxury items and assets.

Both Vicky Kaushal and Katrina Kaif are known to have a soft corner for swanky luxurious cars, and the Manmarziyaan star doesn’t shy away from flaunting the beasts on his social media. In July 2021, he took to Instagram to reveal a Land Rover Range Rover Autobiography LWB.

This luxury SUV reportedly turns heads in a stunning Portofino Blue shade and is marked with a showroom tag of Rs 2.7 crore. The car is equipped with a 404 kW V8 supercharged engine and an all-aluminium 5.0 l engine, which has been given a makeover to produce 404 kW and 680 Nm of torque.

Fitted with premium leather interiors, the Range Rover LWB has some pretty cool touches, such as bonnet leathering and a front grille. A Graphite Atlas and polished chrome complete the look of the car.

The Raman Raghav 2.0 actor, who starred alongside Nawazuddin Siddiqui in the film, has another luxe name to his automobile portfolio. In 2017, Kaushal shared the news of buying a Mercedes, and the car is reportedly the Mercedes Benz GLE. The actor got a white-coloured variant and is often spotted driving it himself.

Featuring a windscreen cockpit look and fitted with a multifunction sports steering wheel, the car exhibits plush interiors with premium leather seating. It is boosted by a BS-VI Engine, one of the most powerful engines by Mercedes Benz.

Its official website states that the “six-cylinder in-line engine boasts an unsurpassed level of refinement. The OM656 In-line six-cylinder diesel engine comes with 243 kW (330 hp) of power and 700 Nm of torque in the GLE 400d 4MATIC.”

The price of this outstanding SUV starts at Rs 88 lakhs. Kaushal also reportedly owns a Mercedes-Benz GLB and a BMW X5. 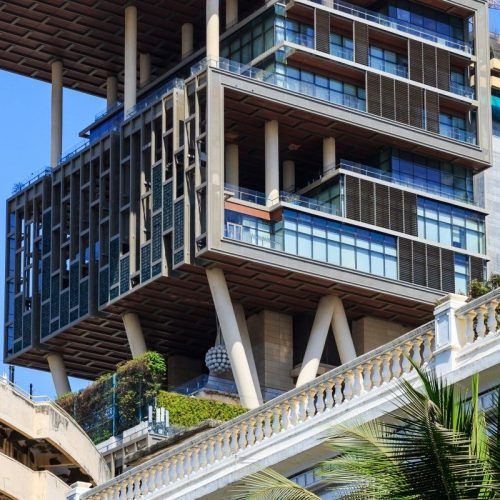 A sneak-peek into Mukesh Ambani’s Antilia, the uber-luxurious villa they call home 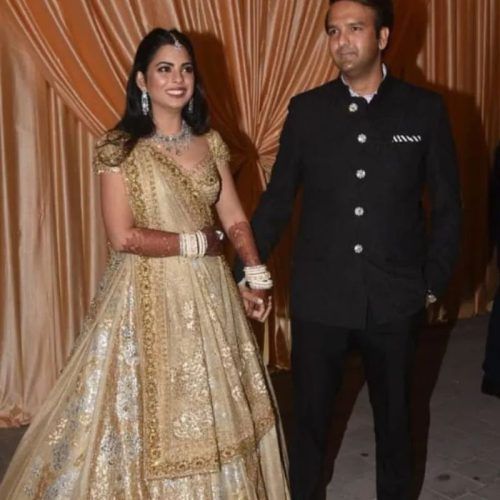 After wowing the audience with his charm and acting prowess, the Raazi star has also made a significant mark in the real estate segment, with an interesting portfolio of lavish apartments in the country’s financial capital and one of the costliest cities.

Right after their wedding, the couple shifted to their plush Juhu address — the Rajamahal building in the Chandrabai Nagar neighbourhood. This area is also the residence of other noted celebrities, including Virat Kohli, Anushka Sharma and Shahid Kapoor.

Fans often get a glimpse inside this stunning abode filled with lavish interiors, aesthetically done drapes, warm colours and gorgeous lighting. Their flat is located on the eighth floor and overlooks the posh locality, offering a bird’s-eye view.

The Lust Stories star even revealed on Koffee With Karan that day by day their closet space is shrinking, owing to their humongous wardrobe. Ample open space and verandah areas can be seen in their images shared during Karvachauth, Christmas and Holi.

Reportedly, the Juhu flat is rented for five years for a hefty amount of Rs 9 lakhs per month, with a security deposit of Rs 1.75 crore. The house features a warm beige-hued living room and bedrooms with floor-to-ceiling windows. It is beautifully dotted with indoor plants.

Vicky Kaushal also has another swanky Mumbai apartment in the upmarket Andheri West neighbourhood’s Oberoi Springs. The apartment has a cheerful vibe with gorgeous views of the sea and the city. Kaushal stayed here with his parents, mother Veena and father Sham Kaushal, and brother Sunny Kaushal before moving out.

The Love Per Square Foot star does a number of brand endorsements, which contribute to his net worth significantly. Vicky Kaushal reportedly charges about Rs 2-3 crore per endorsement and advertisement. Moreover, it won’t be much of an exaggeration to say that after his films, being the face of several brands also contributes to his annual income.

In 2019, he secured a position on the list of top 100 celebrities as per Forbes India and was the most Googled celebrity that year as well. With over 14.5 million Instagram followers and a repertoire of outstanding films, it comes as no surprise that Kaushal will expand his list of brand deals and advertisements. 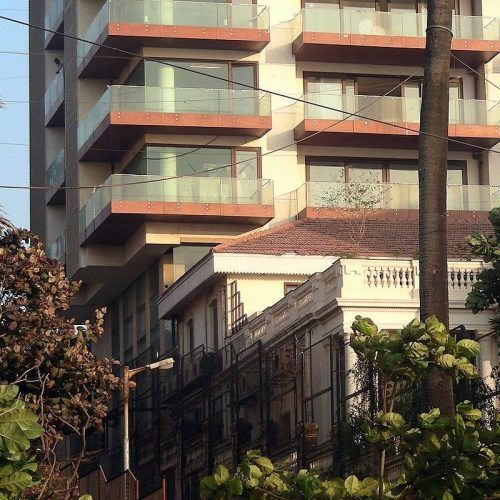 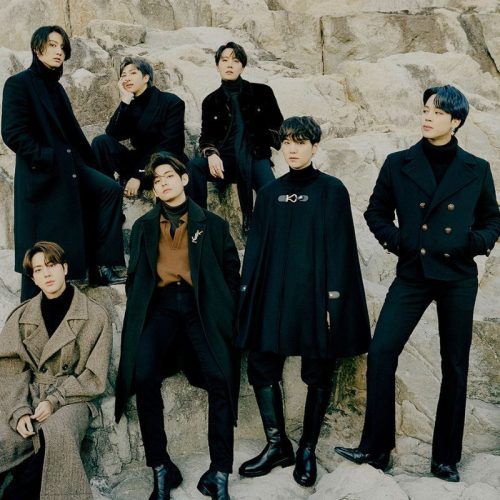 In 2021, Kaushal had just one release — Sardar Udham — directed by Shoojit Sircar. In the film, which was released on Amazon Prime Video, he plays the role of an Indian freedom fighter named Udham Singh, who vows to avenge the Jallianwala Bagh massacre. The hit film received immense critical acclaim as well.

Wrapping up 2022 with a bang, Kaushal has a year-end release, Govinda Naam Mera, releasing on 16 December. The high-energy flick is directed by Shashank Khaitan and is produced by Karan Johar. It also stars Kiara Advani and Bhumi Pednekar in lead roles.

Besides this, Kaushal will be seen in Sam Bahadur, which is expected to release in 2023. Directed by Meghna Gulzar, he stars in the titular role of Chief of the Army Staff Sam Manekshaw.

His other upcoming projects include The Immortal Ashwatthama and Takht. He has also wrapped filming an untitled project with Sara Ali Khan, directed by Laxman Utekar.

Trinetra is an ardent foodie and bibliophile who writes about films, travel, food and lifestyle. As a writer and literature student, slam poetry and storytelling are her go to jam. When not working, Trinetra is busy looking for her next place to visit or binge-watching Instagram videos for travel inspiration.
Popular K-Dramas Runway 34 jim beam Face

Culture
‘Money Heist: Berlin’ To Arrive On Netflix In December 2023
16 hours ago

What Are The Exciting New Projects Announced For DC Studios’ Revamped Phase 1?