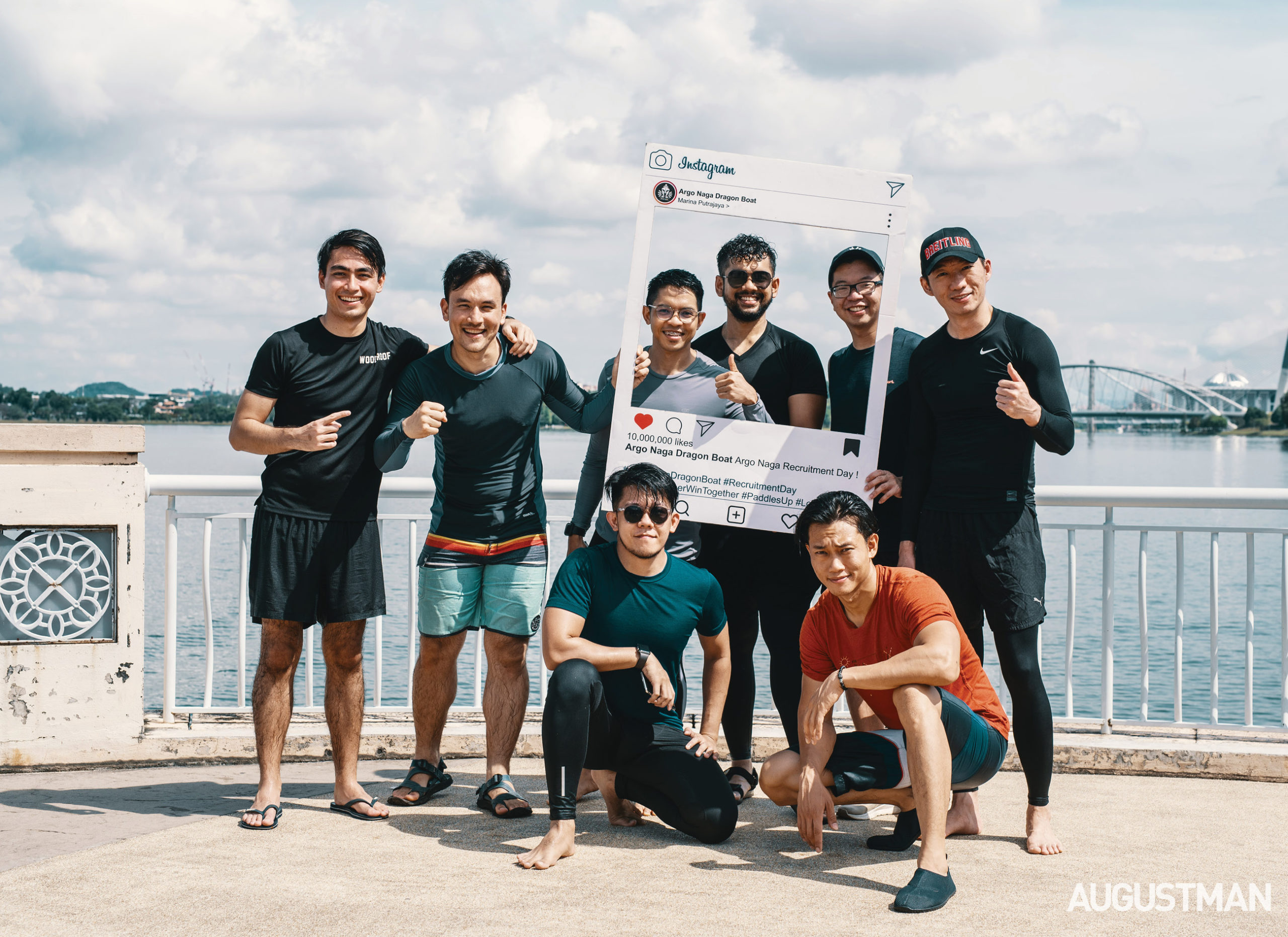 Dragon boat racing is a traditional Chinese paddled water activity. It has a history of more than 2,000 years, and is believed to have originated during the Warring States period. In modern day, the activity is often utilised in team building activities for companies, schools, and even gatherings with friends. Providing the perfect opportunity for bonding and escapism, we gathered out A-Listers for an exhilarating dragon boat racing experience at Marina Putrajaya.

Upon arrival, the A-Listers were briefed by the Argo Naga Dragon Boat team and were issued their paddles and buoyancy aids. With no previous experience required, the A-Listers were divided into two competing groups and were kept occupied at all times. The guys were taught the “A-Frame” stroke technique to manoeuvre through the intricacies of the famous boat race. Commands such as “paddles up”, “paddles flat”, and “hold boat`” were used to help improve timing as well the A-Listers’ paddling technique.

Part of the sport’s amazing appeal is its ability to get everyone working together in a very short space of time while giving a real and lasting sense of individual achievement and team spirit. When the race began, it’s no longer the carefully choreographed ballet they experienced during practice. It’s a machine, and all the A-Listers combined made up the engine. Allowing teamwork to be developed in a natural way, the activity brought everyone together, and the amalgamation of their strengths was remarkable to witness.

The activity allowed the A-Listers to harness a mix of experience, skill, and strength on the boat. Having been taught the techniques of dragon boat racing, the guys were encouraged to correct each other’s technique under the supervision of the coach. Learning the different flavours of teamwork that allowed them to be stronger as a unit, the dragon boat racing activity was a rewarding experience that is undoubtedly invaluable to our A-Listers.

a-listers dragon boat
written by.
Alex Low
Brand & Partnership Writer
Lifestyle writer with a passion for everything pop culture. When not writing, Alex spends his free time playing video games, learning how to cook (it's been quite a journey, or so he says), and lurking on blu-ray.com for the best physical media deals.

The A-list 2021 Journey Ends With a Bang

A-Listers On The Wonders Of Braun Büffel Bags

Piece of Cake: Inside the A-Listers’ Bakebe Experience