Homepage > AM Select > On a Mission: Sharifah Amani Tells Stories That Matter 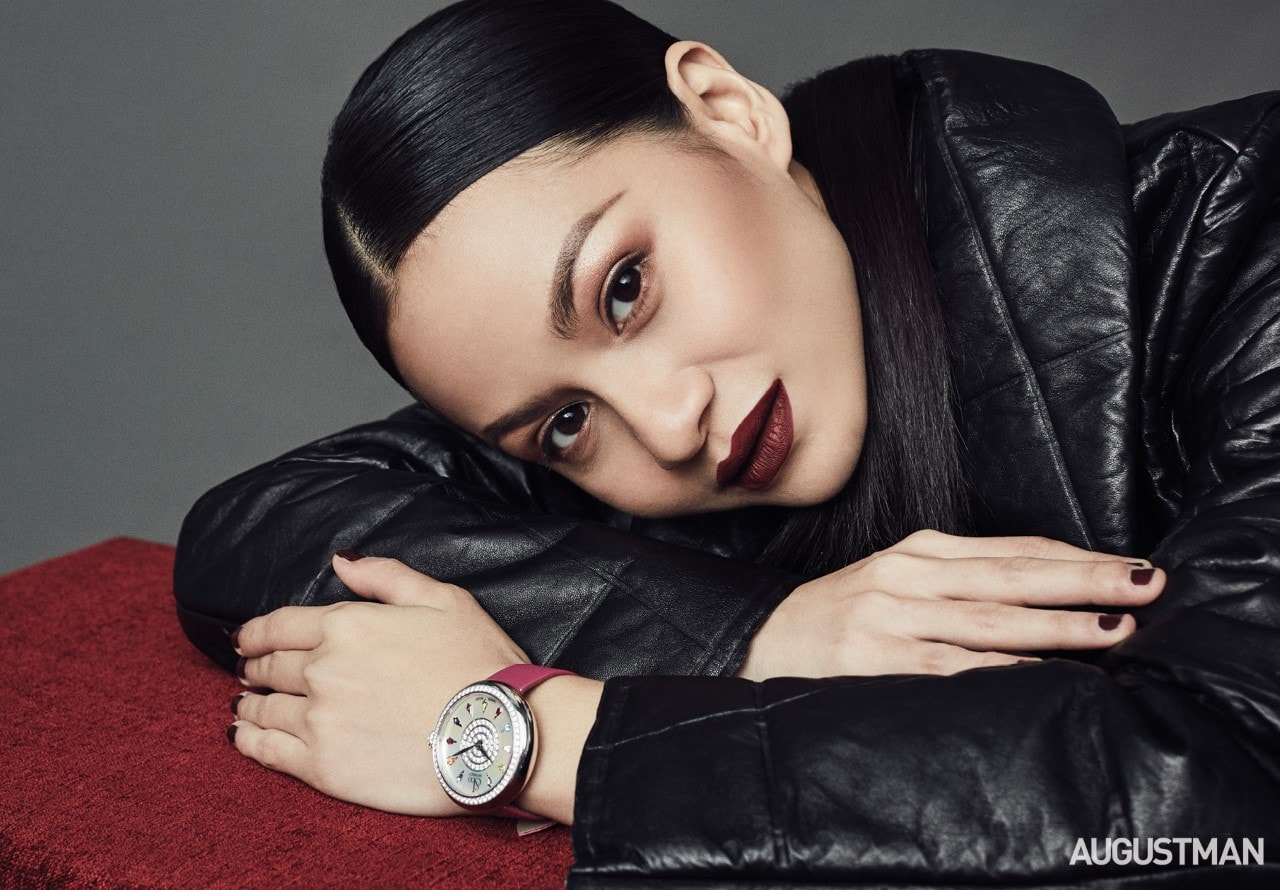 On a Mission: Sharifah Amani Tells Stories That Matter

“It seems weird,” Sharifah Amani remarks in the midst of our interview, “Just being backstage without a camera here documenting everything. How do you tell people you were at a photoshoot?” But in today’s world, she laments, “everything has to be about that.” It is something that she, despite being only in her early 30s is grappling with.

“For me the set has to be sacred,” she says. “The conversation we have is between us, between the people who are around us and that is sacred to me. Those are the things I miss because it seems so important to get things out there. Every second, I need to show that I am doing something to show that my life is relevant. People are losing themselves,” she says. Amani, of course, is a consummate actress, the kind that is guided by the belief that one should be judged for their craft. “I am an actor,” she states categorically, “And real actors understand that you are not of importance. You are merely a vessel to help carry out a scene.”Part of her process is to observe people behaving authentically. And that requires a certain degree of anonymity. “That’s studying for me,” she says. “I need to be invisible for that.”

That Amani sees herself as secondary to her art should be a given. Her induction into the arts came early on. She is the daughter of writer, actress and dancer Fatimah Abu Bakar and as such her entry into film began as early as the tender age of just six years old, appearing in films like Selubung and later Mimpi Moon. “There’s a clip of me three years old on Jit Murad’s lap,” she says. “And he was the one who introduced me to Yasmin (Ahmad) years later. That’s how my life works. I have no control over it.”

“Every step you take towards the stage, they get a little bit angrier Just because you are a young girl. Now a boy can do whatever he wants, appear in a video, showing everything and that’s fine but a girl…”
Sharifah Amani

Fate intervened and solidified what she describes as a “secret wish” to be an actor when at 17 she was cast as Orked in Yasmin Ahmad’s Sepet, which focused on the thorny subject of interracial relationships. It was following the unanticipated success of the film that Amani was initiated into the brutal politics of the film industry. “When you do stories that are about “perpaduan” not everyone will like,” she says candidly. “When you encourage unity, acceptance, love and celebration between the races, not everyone will like.”

At the 18th Malaysian Film Festival, Sepet emerged as a winner, triumphing over the big budget Puteri Gunung Ledang but it was an outcome that was not well-received by some in the film fraternity.

“The next day, a forum was held, “Patutkah Sepet menang?” and they were saying the nastiest things about Yasmin. Till now, it is being played to international audiences but in Malaysia, some people don’t like.”

Amani, then basking in the success of her newfound fame, was admittedly quite oblivious to the controversy blowing up around her. That was until a year later when received the Best Actress award for Gubra, the youngest woman to win in that category. At the time, she joked, that she didn’t want to sound “stupid” accepting her speech in Malay. “People make jokes all the time,” she says. “At the Oscars, at the Golden Globes. You have to speak properly when accepting an award and I just wanted to converse in a language that I felt comfortable with.” The aftermath of her “joke” even went to parliament where she was labelled as being “not nationalistic.” The media described her as a “pencemar budaya.”

“Every step you take towards the stage, they get a little bit angrier,” she says. “Just because you are a young girl. Now a boy can do whatever he wants, appear in a video, showing everything and that’s fine but a girl…” And in case you are wondering Amani is proficient in Bahasa Malaysia. “But if I have to prove to every single person on twitter, then I don’t have time-lah.” The issue continues to be brought up till today. In fact, on the day of the shoot, her twitter account was abuzz following a comment that she retweeted.

“I get nervous when that happens,” she says. Contrary to what people believe, Amani doesn’t want to be drawn into controversy. But often she finds herself speaking out simply because nobody else is. Perhaps, it is her upbringing. Her parents, she says, brought up their four daughters to be “warriors”. “My values and opinions matter,” she stresses. “If this platform allows me to speak for people who can’t, I will. There’s no other agenda behind it.”

“I had one of the greatest Malaysian storytellers give me countless films, parents who encouraged my hopes and dreams. I am not going to waste that.”
Sharifah Amani

The problem is that when you earn a reputation for being outspoken, the roles become quite limited. The upside is that those who want to work with the actress are serious about what they want to accomplish. Her latest film Motif is proof of this. In it she plays Inspector Dewi, a police officer who is bound by emotional baggage. Through her cases she hopes to find answers to the questions she seeks. The film also delves into the challenges typically faced by a woman in a man’s world and in a position of authority.

“I am really different from her,” she says. “I am bubbly and funny but with Dewi there is no sunshine. It is tough to be in her position.” The film is directed by Nadiah Hamzah who recently won a bronze medal at Cannes Lion 2019 for an anti-bullying Public Service Announcement. She won it with two other directors Syed Madnuh and Emir Ezwan. “I have worked with Nadia for a couple of years,” she explains. “I love supporting young filmmakers and she is someone to look out for, someone with a great eye.”

In movies, women are typically cast in “cookie-cutter” roles, Amani says. “There is nothing wrong with that,” she remarks. “It happens all over the world. There is a market for it, but once in a while, you get to play the active character and it is nice.”

But Amani is done with complaining. Instead she is intent on telling her own stories. Already she has worked on a couple of shorts, part of the process of preparing for a full feature. “It is my preparation because I never went to film school. I would have been a bad student, so I just learn on set.” Having been “blessed” from a young age, Amani is focused on ensuring that remains true to her art form. “I had one of the greatest Malaysian storytellers give me countless films, parents who encouraged my hopes and dreams,” she says. “I am not going to waste that.”

Every Online Voucher, Promotion Or Sale We Found For Chinese New Year 2022