Homepage > AM Select > The era of green journalling: how the founders of ana tomy are changing the game 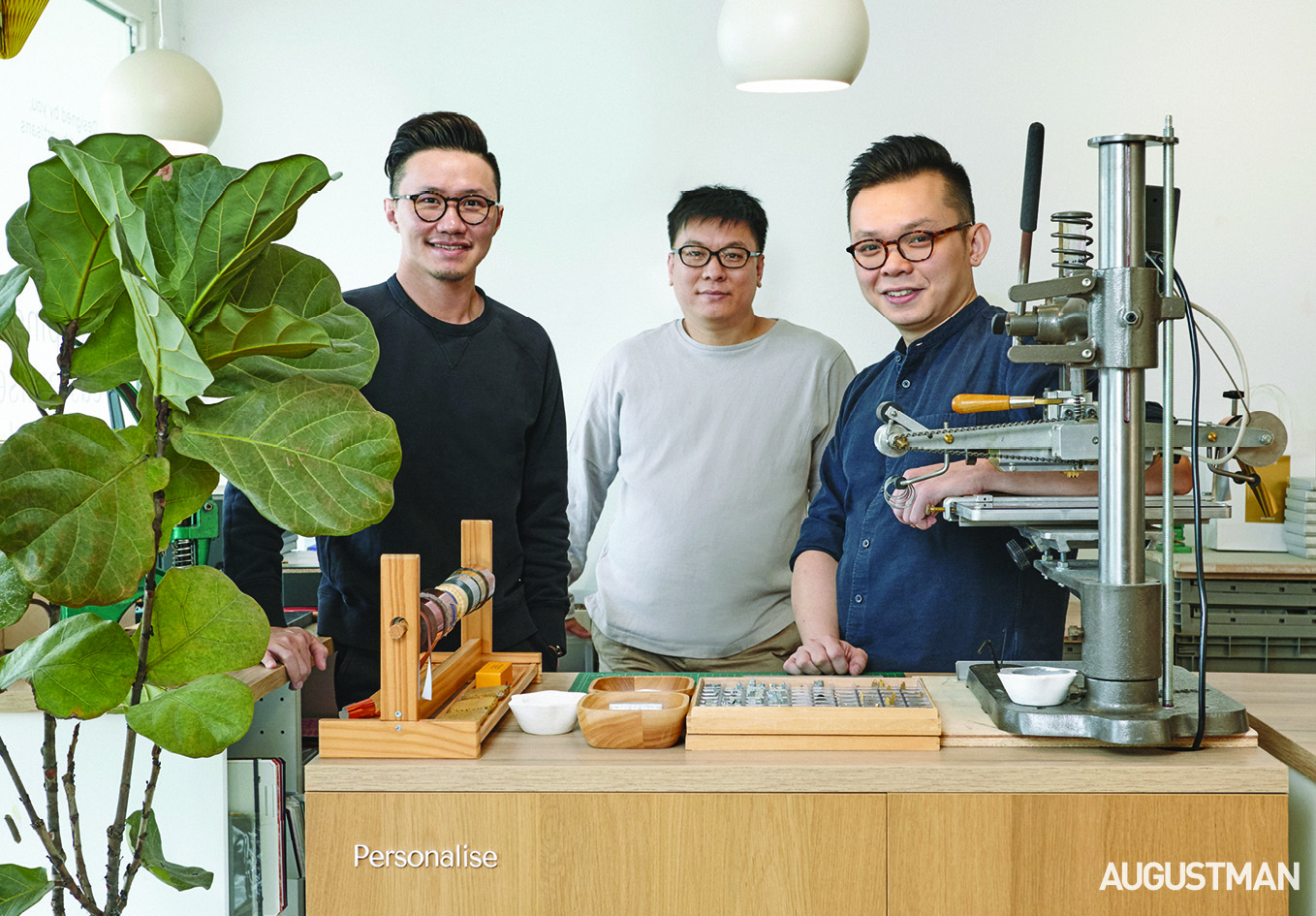 The era of green journalling: how the founders of ana tomy are changing the game

According to a United Nations report in 2009, e-waste has contributed to “a global increase of 40m tons per year, especially in third world countries like India and South Africa.” On top of that, based on a research done by The Guardian in 2014, the American Forest And Paper Association (AFANDPA) has concluded: “more than 65% of paper in the US was recycled in 2012, making paper the nation’s most recyclable commodity.”

At the end of the day, as the world continues to spin towards the 12-year deadline, when any efforts to save the planet are futile, it doesn’t matter which side of the coin one is at – actions have to be taken.

Look no further, the perfect gift for the perfect dad! Enjoy 10% off for all personalised notebooks and leather goods. Use code: ILOVEDAD. Valid until 15 June. #anatomyco #fathersdaygifts #fathersday

For the founders of ana tomy, their efforts to diminish their carbon footprints on Earth, however small, begin with one notebook at a time. Cliff, Zeejay and Jon began their business with papers and printing when The Alphabet Press (TAP) was established in 2013, before the business continued fluidly with ana tomy, where – as the moniker suggested – they break down the components of the notebook, and invite customers to participate in the designing process, helping them customise a notebook according to their preference and specification.

“With TAP, we started off making a lot of ready-made products that are sold on the shelf. A notebook may come with a lot of designs, and some may sell better than the others. Those that cannot sell become dead stocks, and overtime, these dead stocks accumulate,” Zeejay explains. “We may end up selling them at discounted price, but at the end of the day, we’d just throw them away. It poses as a huge wastage problem for us, tipping the weight for the process we go through in making the products.”

“This inspired us to set up ana tomy, whereby we don’t assemble the product first, but only supply when the demand is called for,” he adds. “If you only make it when there is demand for it, then you wouldn’t have a problem with wastage.”

At the ana tomy physical store located in Taman Mayang Jaya, a step-by-step process to build a notebook is laid out on the shelves, where customers may personally go through the customisation service first hand: from the selection of paper formats, to the selection of colours for the ribbon markers, twin loop wires and book bands. The notebook is then assembled on the spot, complete with a personalised deboss on the cover.
Recently, ana tomy has launched its pop-up in the multi-label store Naiise located in Jewel Changi Airport, Singapore, bringing its one-of-a-kind customisation service to potential customers across the Causeway Bay.

One of the highlights for an ana tomy notebook is the reusable package box that can be refolded into a storage box for the notebook. How did that idea come to mind?

During the creative process of coming up with the well, “anatomy” for ana tomy, we put in a lot of thought in reducing wastage as much as possible. If we can help it, we don’t want people to throw away things, especially those that may come to have much sentimental value to them.

Happy Labour Day! 🕺 We’d love to see how you use your ana tomy notebook or planner. Share your picture and tag us @anatomy_official and #anatomyco

We see a lot of products being sold out there that don’t really focus so much on the product as they do the packaging. The packaging may be really nice, but once you open the box for the product inside, you’d throw away the box. So, we thought, why not make it into something that can be reused, and also serve a very important purpose in protecting the notebook? A lot of people who do their journaling would want to keep their journals safe and unscathed over time, and the box is sturdy enough to continue its lifespan in serving as an archive box for old notebooks.

Besides that, even the notebook covers can be reused: we encourage users to refill the book, instead of throwing everything away when it’s done and dusted. Customers can come back to our store to refill the inserts at half the price.

How do you package the brand to fit in with the modern digital era?

Through the ana tomy experience, we have integrated both the digital and traditional medium. It’s important to know that we’re not challenging the currents; we are not divorcing them by saying one is better than the other, but rather, how they can complement each other to bring out the best of both worlds.

Happy Labour Day! 🕺 We’d love to see how you use your ana tomy notebook or planner. Share your picture and tag us @anatomy_official and #anatomyco

Customers may customise their notebooks on the Internet alternatively. We have built a system on our website, which allows you to visualise your product as you’re customising it, and we will ship it out at your convenience.

Digital can never replace the pen and paper, and vice versa; it has to co-exist. The beauty of this mass customisation business is that we wouldn’t be able to do it without the help of technology as well. We are implementing the ideologies of technology, while in the meantime, blending them with our traditional crafts.

What does your brand have to offer that you don’t think bigger stationery brands are capable of achieving as a mass brand?

When it all boils down to it, we’re just asking everyone: you’re our customer, what do you want? If you were to compare us with all these other brands right now, they aren’t exactly doing what we’re trying to do here. We believe that we have created something rather unique that nobody else is doing at this point of time: we bring the customisation to the customers.

“Self Love” one of the designs in this season’s collaboration with @melanie.johnsson .⁣ ⁣ The world is getting ever more complex and stressful and it is important to reflect and think about yourself and what you are looking for in life.. hence “Self Love”. ⁣ ⁣ “Self Love” is all about you, what makes your happy.⁣ ⁣ Head on over to ana-tomy.co and make one now and start putting in what makes you happy. ⁣ ⁣ #anatomyxmelaniejohnsson #anatomyco #plannercommunity

Our latest collaboration with Mélanie Johnsson – a French freelance designer, illustrator and letterer residing in the UK – sees us at the very beginning of the process with the customers. We’re not even at the juncture of producing a physical notebook yet, but we have already invited the customers to participate via Instastory, to gauge on what the trends are, and what people like or look for. This is something that has been ingrained in our brand, our roots and values from the very beginning.