Homepage > AM Select > The Power of Schawal: An Intimate Look at Awal Ashaari and Scha Alyahya 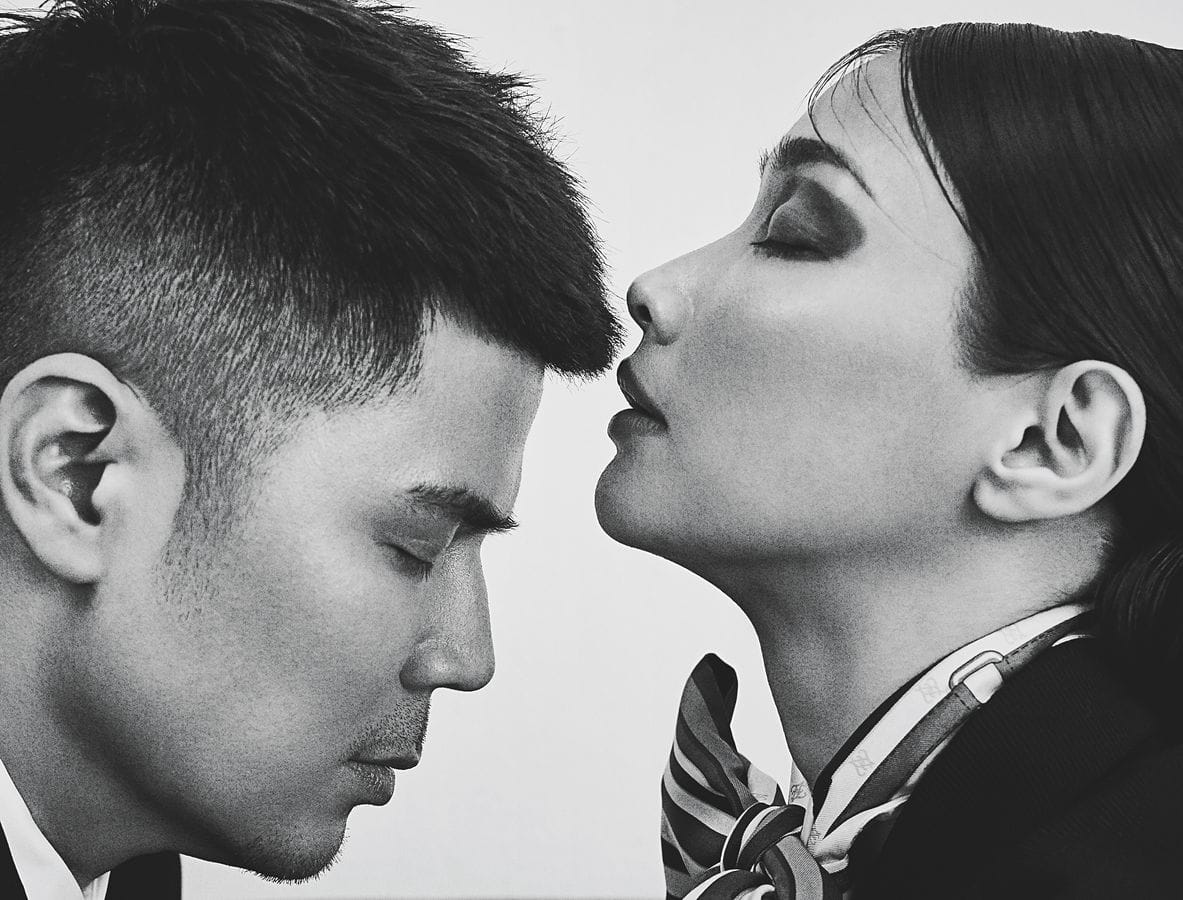 When Augustman featured Awal Ashaari a year ago, he admitted that whilst it might seem like he was fully poised to take advantage of the onset of digital media, he didn’t quite anticipate the magnitude with which social media would impact the world.

The revelation came as a bit surprise since Awal and his wife Scha Alyahya have firmly established themselves as the power couple of the digital world, enhanced by the presence of their five-year-old daughter Lara Alana. “I didn’t know at that time that social media would one day be so powerful; I was just keeping it real and keeping up with the trend, when I realised that our fan base was heading more towards the digital world,” Awal comments.

“I didn’t know at that time that social media would one day be so powerful; I was just keeping it real”
Awal Ashaari

“To be able to express yourself, share your thoughts, publicise your talents, image, fashion and ideas across the globe, without having to depend on anyone… that’s when I realised that this medium is gaining momentum. That was what got me creating a brand for us, and using it to our advantage.”

It appears that Scha too didn’t quite anticipate the power that she would soon yield. “Back then I never imagined the immense influence that social media would come to have today,” she says. “It has evolved into being far more than a mere platform. Users are quick with their enquiries and feedback when I share something online. I then began to understand the impact and tried to make the best out of it.”

Making “the best out of it” is pretty modest. Scha has 4.9 million followers; Awal has 4.3 million while their daughter Lara Alana has 3.6 million, making the family a force in this fast burgeoning industry.

However, the status does come with tribulations. Having a public persona means having to forsake your privacy. Her early experiences with social media was “100% social” but leaving her “civilian career” behind has also resulted in a shift in perspective on her part where the medium is now seen as a career.

“To be a parent to Lara Alana, who is accidentally also a celebrity now, I am not just facing criticisms about my parenting skills, but also accepting critiques on behalf of my daughter,” Awal comments, in regards to moderating Lara’s Instagram.

“She’s the first kid in Malaysia to have 3.6 million followers on Instagram, but she is unaware what people are saying about her. I have to be strong when it comes to all these negative comments about her, and I have mastered the art of ignorance when it comes to such negativity. Ignorance is bliss, as they say.”

“Nothing is private,” Scha says. “Your content has a stronger shelf-life. Your posts are searchable and not all jokes are funny. It can be intimidating to post online for fear of making a mistake and damaging your brand. Hence it is important to always be sensitive with your posts and contents that are true and consistent with your values.” But she stresses that “Schawal” are pretty much the same in and out of social media, “minus the glam.” “Social media is where the business is at,” Awal adds. “There are certain things that we share on digital platforms, whereas some are better kept to ourselves. We’ve smartened up to draw the line between these two worlds.”

Scha agrees: “I am truly grateful to be in this position but I am just the same person since day one and regardless of how people perceive or want to perceive me, I don’t think too much about it.”

What do you admire most about Awal?

I cannot fully express how incredible Awal Ashaari is, as a husband and father. Too many admirable qualities to be listed but his confidence (pretty much in every setting in life!) comes on top for me. Confidence is such a critical factor in a career’s success. It has an infectious effect that allows you to fulfil the desired task. Awal is all that.

In what way does Awal complement you as a person?

Awal is a very straight forward person. He wears his heart on his sleeve. He does an excellent job of acknowledging me and giving me credit… shamelessly!

Describe Awal as a father.

A hands-on and altruistic father who will tirelessly do anything to keep his child happy without asking to be praised. His involvement in every aspect of Lara’s life is beyond imaginable and I am forever grateful to have him as my life partner and a father to my child.

Who is Awal Ashaari to you?

Awal is the pillar of my strength, my confidant, my most powerful advocate and the man that has made me the woman I am today.

How has Awal changed you as person?

Little does he know, he has helped me to know myself at a more profound level. Sharing, sympathy, compassion, understanding, support and love all get a whole new meaning. In my humblest way possible, I have to say that I am a self-reliant, strong woman and I don’t need a man to confirm it but Awal makes me feel even stronger and almost invincible. Nothing can boost your self-confidence and bring about that peace of mind when knowing your husband will always support you and have your back.

“Awal is the pillar of my strength, my confidant, my most powerful advocate and the man that has made me the woman I am today.”
Scha Alyahya

What do you admire most about Scha?

Her strong character, her kind heart, and the way she sees the world.

In what way does Scha complement you as a person?

She is the total opposite of me. I can say that she’s the yin to my yang, and the one who completes me. When I’m laidback, she’s fast. When I’m lost, she gives me direction, and when I’m hungry, she sure knows how to feed me well!

Describe Scha as a mother

I’d say that she’s a balanced mother. She makes sure that our daughter has everything she requires, both physically and mentally. She’s the one who plans on Lara’s education and activities. When it comes to showing affection, Scha is a bit ‘macho’ in the sense that she doesn’t manja (dote on) Lara as much as I do; Lara definitely can’t get away with murder with Scha!

Who is Scha Alyahya to you?

My better half, my partner in crime, my best friend and most importantly, a mother to my child.

How has Scha changed you as a person?

She has definitely made some positive impact in my life. I was a childish boy, and I was quite lost in life when I met her. Now, I’m proud to say that I’m a man with a vision, because I want the best for our future together. Whenever I’m flying too high in the sky, she’s the weight that pulls me back to the ground, and reminds me that this is where we belong, and that no matter how high up we soar, we should always come back down to reality.

“She is the total opposite of me. I can say that she’s the yin to my yang, and the one who completes me.”
Awal Ashaari

This feature first appeared in the Augustman 2019 print issue 127.