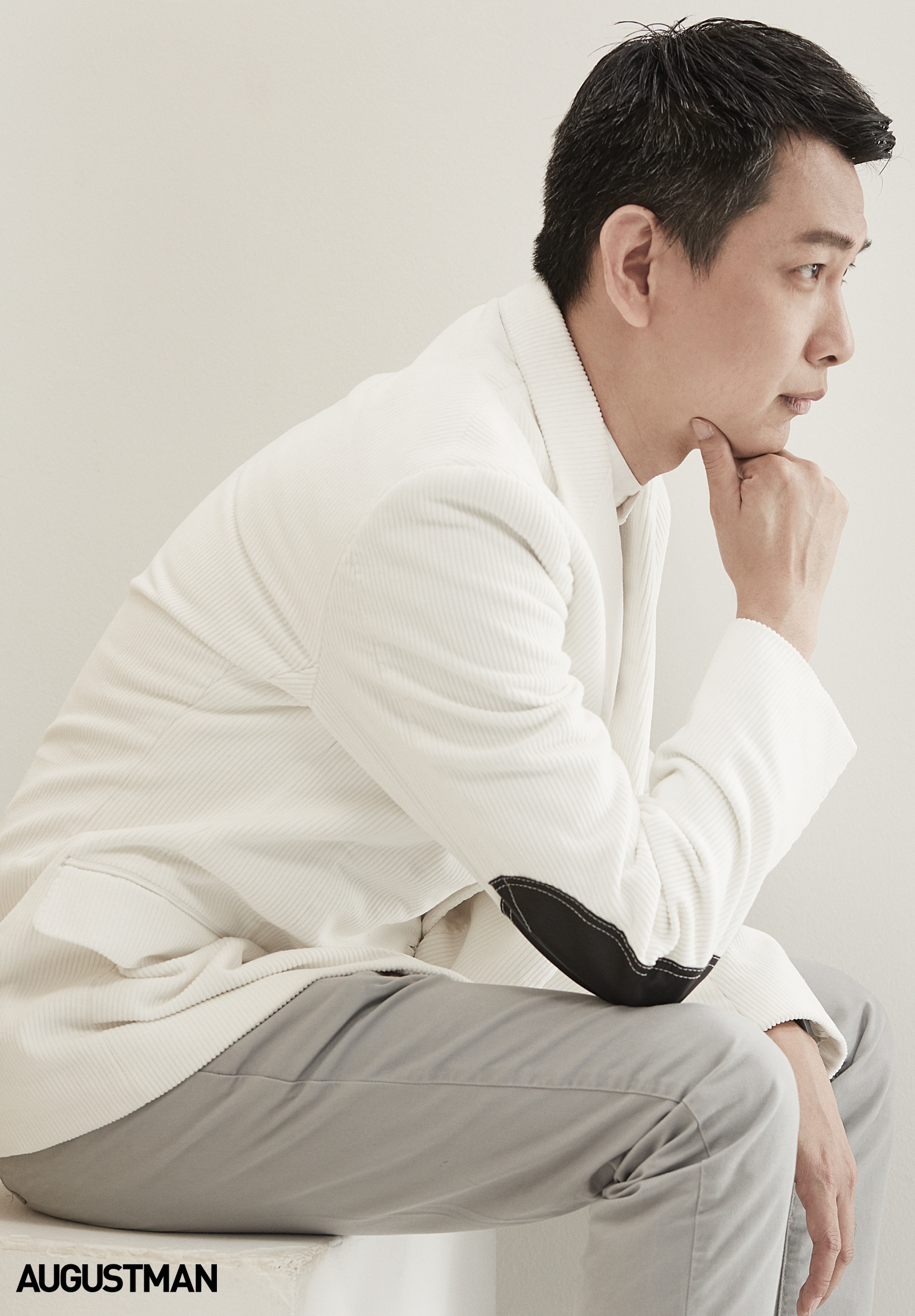 Following the calamity of the May 13 incident in 1969, there was a general state of anxiety amongst the community, as citizens of Kuala Lumpur did not know where to turn to with their restlessness and worries. Concerned about the emotional wellbeing of the community, it was in 1970 that a group of Malaysians came together, and with the assistance of professional psychiatrists and psychologists from University Hospital, started Befrienders Kuala Lumpur.

Modelled after Samaritans in the United Kingdom (which was established in 1953 by a Dr Chad Varah), Befrienders Kuala Lumpur is part of the movement under the umbrella body called Befrienders Worldwide, a non-profit organisation that focuses on suicide prevention by providing emotional support through the concept of active listening.

“It’s a safe place for anyone to call and talk about anything at all that is troubling them,” says Kenny Lim, executive director of Befrienders Kuala Lumpur. “You don’t have to be suicidal to call us; as long as you need someone to talk to, you can call in.”

Almost 50 years later, Befrienders Kuala Lumpur has taken in more and more volunteers over the years, with some 120 volunteers today manning its 24-hour helpline, email correspondents and face-to-face appointments. While it seems like there is ample assistance, challenges still lie ahead for the organisation as calls for help continue to rise over the years.

It is expected to increase even more this year, as from August 1 onwards, calls via the main eight telco providers in Malaysia (Celcom, Digi, Maxis, Telekom, TIME, U Mobile, Webe and YTL Communications) are free of charge.

The Red Clinic on Mental Health and the Younger Generations

“If you’re just talking about suicide, up to 80% of the people who have died by suicide or attempted suicide have actually given out warning signs, like a change of their eating habits, their sleeping patterns or their behaviours. Nowadays, you may even spot these warning signs on social media, with dejecting or negative posts like ‘There’s no more meaning in my life’ or ‘If I’m not here, no one will miss me’,” comments Kenny.

“It’s very important for the general public to learn about these signs and take them seriously. If we do come across them, we need to intervene and do something to help, rather than just brushing them off.”

“Even for individuals who are posting things like that for attention, those who do not have a history of mental health issues but they need the attention, it is already saying something: that something is lacking somewhere. The need for attention can only mean that they may need some kind of help,” he adds. “We shouldn’t take any chances. We should still reach out to check if everything is all right.”

Calls that Befrienders Kuala Lumpur have picked up also include, but are not limited to, those related to relationships (16.3%), family matters (13.9%) and social difficulties (7.6%) – all of which could be factors that would trigger a mental health imbalance.

“It’s a safe place for anyone to call and talk about anything at all that is troubling them. You don’t have to be suicidal to call us; as long as you need someone to talk to, you can call in.”
Kenny Lim

How aware do you think the country is when it comes to mental health amongst its people?

If you compare things to when it was just five to 10 years ago, it goes without saying that a lot more people are aware of mental health and its importance. The awareness has indeed grown and increased, albeit there is still a lot of stigma attached to mental health issues. There are a lot of discussions that are going on, especially on social media, where everyone is pretty much free to express themselves. But you also have those who would say bad things about people with mental disorders. There’s still a lot of work to be done, of course, opportunities for us to educate more people about mental health.

For our government, we can see that the interest is piqued on their part. There are quite a number of party leaders who are attentive to mental health issues, and they have run programmes and talks in their constituencies. On a larger scale, the Ministry of Health does check in on students in secondary schools by running screens for anxiety and stress, and will refer those that need it to counsellors for interventions.

What are the challenges Befrienders Kuala Lumpur face in providing its support to the community?

I started off as a Befrienders volunteer 21 years ago, before I joined as a staff member five years ago while still volunteering outside of my working hours. Over the years, I’ve learned from being a volunteer that one of the challenges is that you have to be ready at all times. When the phone rings, you can never know what kind of issue will be presented to you when you answer the call. Of course, especially when you first start out, there is always this anxiety of whether you are doing enough to help or support the person. In fact, even after 21 years, I still get that feeling sometimes. In a way, it’s a good thing, because it keeps you on your toes always.

We do have trainings beforehand to prepare the volunteers, in which we also circulate this positivity that as long as we have done our best, in spending time with the individuals, that is already the most important thing for us. Although we don’t have clear statistics on how many lives Befrienders have saved (the callers may remain anonymous at their discretion, and what we speak of is confidential; we don’t even have caller IDs to trace the numbers calling us), from experience, we know that people do feel better after talking to someone.

As opposed to at the beginning of the call, he or she may sound very distressed, after an hour’s talk, we can tell the difference through the more relieved tone of the caller’s voice. That’s why we believe in what we do, and we feel that the concept of active listening that Befrienders is built on is something that is very much needed.

What can we do when we notice friends or family members struggling with mental health?

The most important thing is to start by accepting the fact that the individual is going through some kind of issue in his or her life. From there, we should strive to lend an ear to them, if we must, and listen to their problems without judgment. When we’re talking about emotional support, it’s important that we don’t dictate them on what to do or how to feel; we should take care not to belittle how they are feeling by saying things like: “You’re not supposed to feel suicidal.” Be emphatic and patient with them, but above all, respect them. If they aren’t ready to talk at the point of contact, it’s all right; we should wait till they are ready.

At times, we may catch individuals asking us: “Tell me what to do, because I don’t know what to do.” It’s usually an expression of helplessness, rather than an invitation for an answer. In cases like this, we don’t necessarily have to answer them, instead we can reflect on how they are feeling there and then, and ask them in return: “What have you thought about doing?” It’s always more helpful if the answer comes from them, because more often than not, they already know what they should do at the back of their mind; they just need someone to validate their feelings and actions.

Dr Johnben Loy on Representation of Mental Health in the Media

We come from a culture that tends to keep our emotions at bay, while prioritising everything else. Sometimes, emotions aren’t even considered as an aspect of a healthy person. What would you say are some of the repercussions for mental health in this kind of culture?

For Asians, in general, even for the opposite gender, we don’t show our affections, much less talk about our feelings. Most of the time, it’s based rather on our achievements in life, like how well we do in our studies or how much money we make in our jobs. In fact, we look at it as a flaw in one’s character: weak, lazy, or just not doing enough to solve your own problems. For men, growing up, we were told (even scolded) not to cry. When as boys we fell over and scraped our knees, most parents would berate: “You’re a boy, don’t cry!”

Overtime, we would develop this mindset that as men, we are not supposed to cry. We are not supposed to express our emotions, and we have to keep our ego in check to be considered to be “man enough”. This accumulation would result in the boy growing up to become a man struggling with his emotions and finding it difficult to open up to people, which could be damaging for himself, as well as when it comes to forming a stable relationship with the people around him.

“That’s why we believe in what we do, and we feel that the concept of active listening that Befrienders is built on is something that is very much needed.”
Kenny Lim

However, will that kind of a holistic culture pose as a double-edged sword? While society is more open to people talking about their feelings, would showing signs of “weakness” become an excuse for anyone to not reach their full potential as a person, as opposed to the times when we are taught to put on a strong front?

No doubt, it is something we have to deal with as well. But then again, I believe that if you nurture this kind of culture from young – one that allows honesty and expression of emotions – hopefully, they won’t abuse this “privilege” as an excuse. When people are able to express themselves freely, it also means less stress, which in a way does help with the mental health.

Besides creating awareness, what else do you think is just as crucial in tackling a nation’s mental health issues?

While everyone has a role to play in preventing mental illnesses, it has to start from within, by taking care of ourselves first. If we aren’t in a good place, we won’t be able to help others. I mean, in our Asian culture, this can be viewed as a selfish thing because we have been brought up to put others first. But my question is: if you focus on other people all the time, who is going to care for you? So, take good care of yourself, make sure you are mentally and physically well, so that you’d have more of yourself to take care of others.