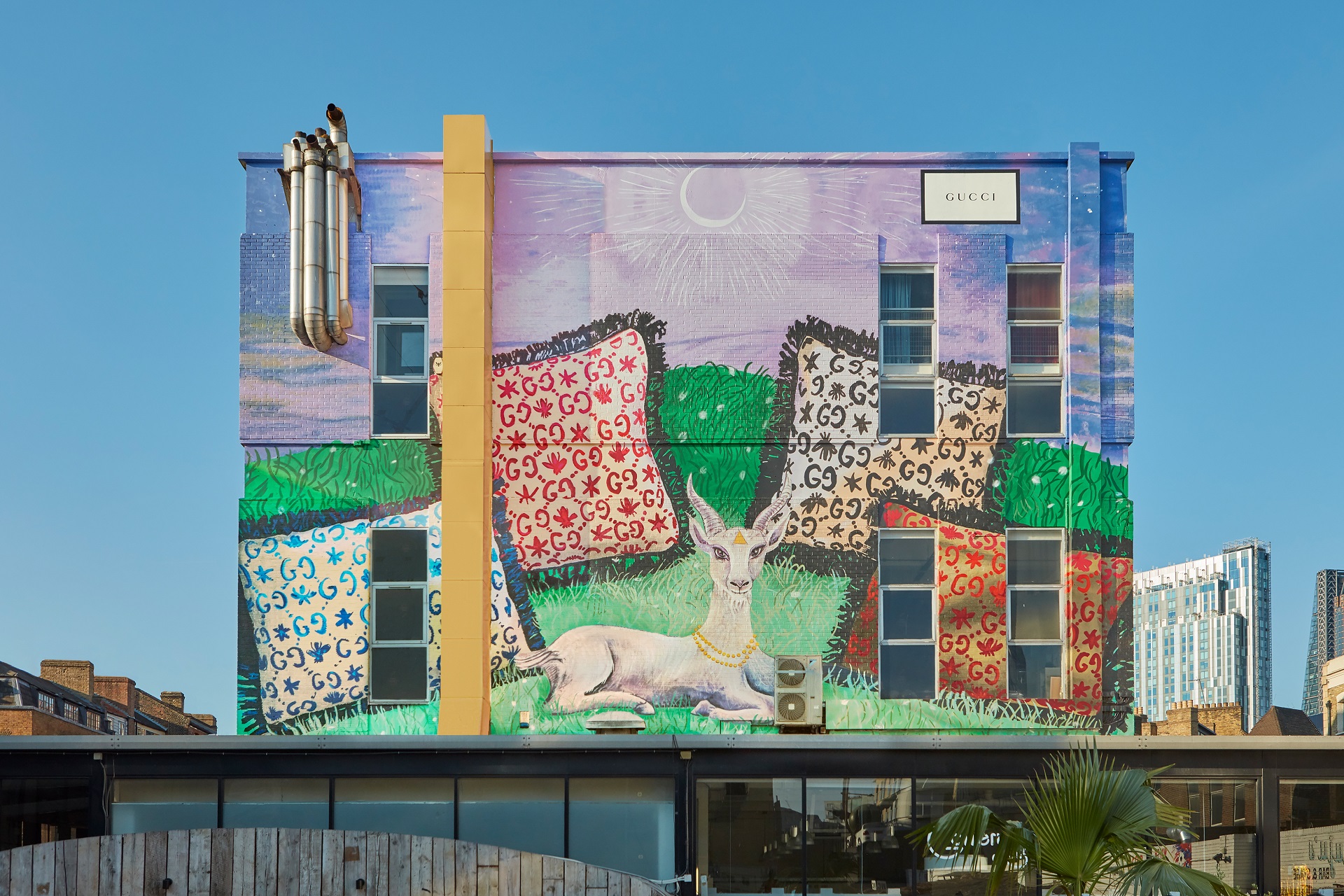 Most Beautiful Olympic Stadiums And Venues Ever Built
CultureRead More
Survey Notes A Surge In Online Incivility During The Pandemic
GearRead More
Interesting Facts About The History Of The Olympics And Its Traditions
CultureRead More
Some Of The Most Stylish National Team Kits From The 2020 Tokyo Olympics
StyleRead More
Here's your ticket to incisive commentary and insights from the celebrity sphere. Sign up for our newsletter.

From the 1,900-square-foot wall at Largo La Foppa, one of the livelier pedestrian district of Corso Garibaldi in Milan, Italy, to the 2,500 square feet wall at Lafayette Street in New York, the new ArtWalls feature a variety of new items from the Gucci Décor collection, with a tint of Merry’s signature aesthetic – the fashion House’s continual effort with the creation of illustrations in depicting new styles and pieces.

Read also: Gucci Heads to the Local Chippy in Style with Harry Styles

Executed in New York by Colossal Media, and in Milan and London by the European leader in out-of-home advertising, Urban Vision, Merry’s illustrations include those of scented candles in porcelain jars, vases with snakes for handles, Herbarium printed porcelain tableware produced by Manifattura Richard Ginori, as well as sumptuous cushions showcasing the GG pattern in silk jacquard or animal motifs, respectively found on the abovementioned locations, as well as the famous Brick Lane off East London, along the D’Aguilar Street, in Lan Kwai Fong, Hong Kong, as well as in Shanghai’s Fengsheng Li, in the Jingan district.

gucci
Gucci Decor
Celeste Goh
Talk to Me About: