What Mido ambassador Kim Soo Hyun and the new Ocean Star 200C have in common
StyleRead More
The Next Stage: Altimet Rises To A Conscious State Of Mind
AM SelectRead More
#AMReviews: Playte Contemporary Dining At Bukit Damansara
Food & DrinkRead More
Mother’s Day 2021: The Oei Brothers On Their Mother’s Love
CultureRead More
Here's your ticket to incisive commentary and insights from the celebrity sphere. Sign up for our newsletter.

Lego’s latest Technic set is a 1:8 scale model of the new Lamborghini Sián FKP 37, which was introduced in September 2019 at the Frankfurt Motor Show. The set’s release barely a year after its real-life counterpart’s unveiling hints at its unusual genesis: the Lego Technic and Lamborghini design teams were actually working in parallel, with the supercar and its model undergoing development at the very same time. Designing the Lego Technic Lamborghini Sián FKP 37 set took nearly two years, and involved some 50 prototypes. It comprises 3,696 pieces, and comes in an impressive presentation box complete with two instruction manuals that double as coffee table books after assembly, which requires an estimated 10 to 12 hours. In keeping with the spirit of the Technic line, the emphasis here is on emulating the actual vehicle’s features, from the eight-speed sequential gearbox to the scissor doors and even the moving pistons in the V8 engine. 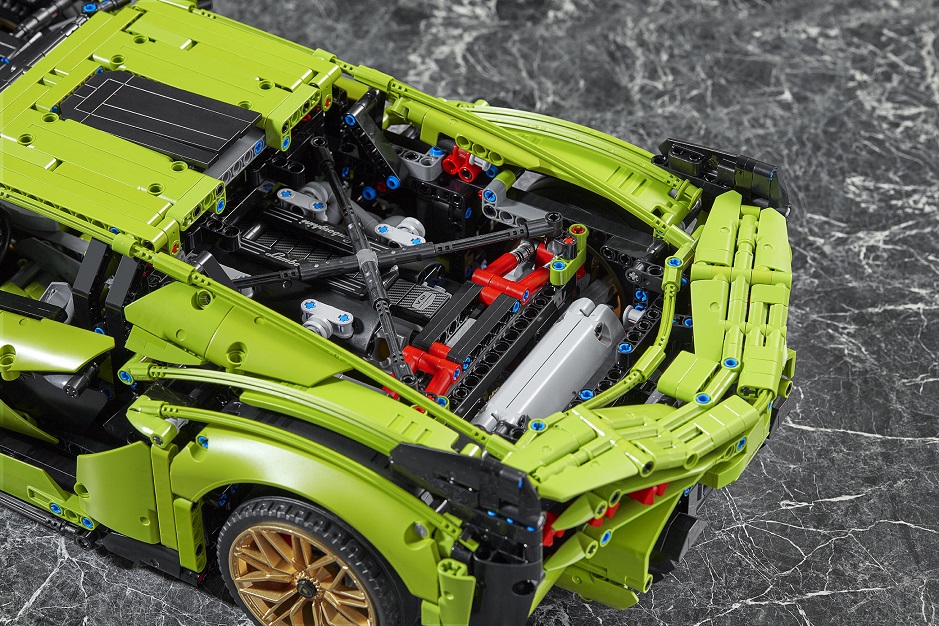 According to senior designer Aurelien Rouffiange, who served as this project’s design lead, creating these functions was fairly straightforward. Rather, it was their integration into a unified form that mimics the original supercar – while respecting space constraints, no less – that made the process challenging. Along the way, the team has had to make various compromises, such as omitting electric motors that are sometimes found in other Technic sets, in order to create a visually and functionally cohesive whole.

The final product is visually stunning and mechanically sound, and this success is even more impressive considering that only five new Lego pieces were created for the set, including the wheels’ gold rims and some body panels. This was deliberate – Lego’s raison d’être is to provide infinite possibilities using a set of standard pieces, and the Technic design team wanted to express this to the greatest possible extent. 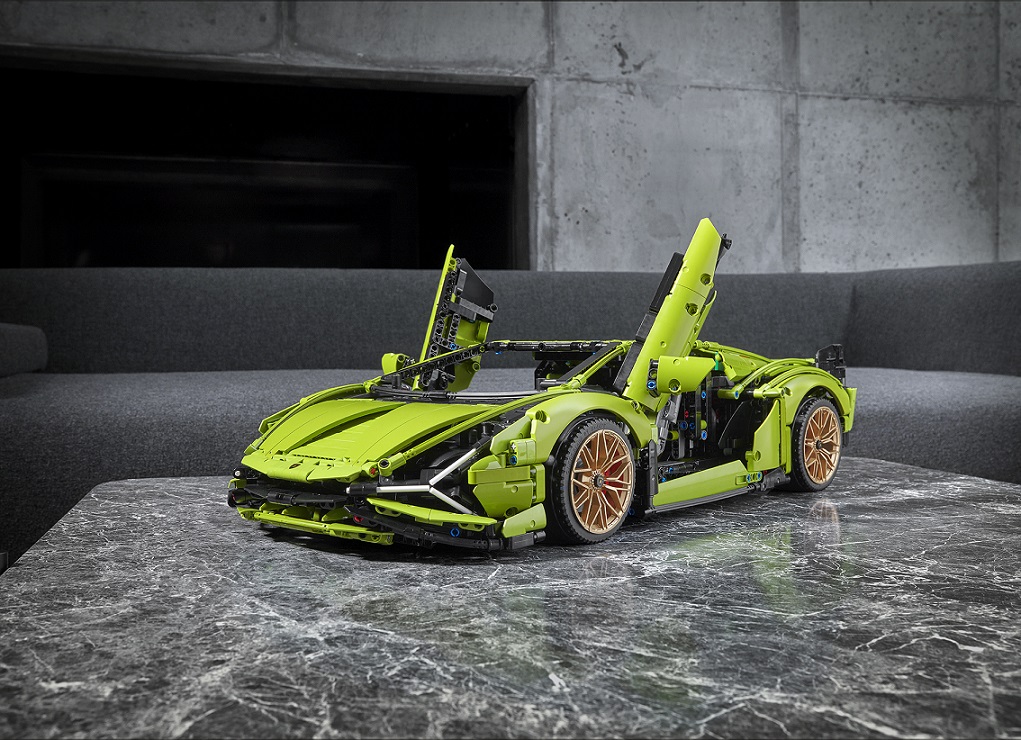 The Lamborghini Sián FKP 37 set is pricey at S$549, and demands a hefty investment of time before the finished product can be admired. Enthusiasts, however, will likely see this as an incredible bargain given the number of pieces in the set, as well as the experience of building their very own supercar at home.