Home > Culture > Film & TV > True Crime Series Are Having A Moment — But Is The Genre Exploitative?

True Crime Series Are Having A Moment — But Is The Genre Exploitative?

Whether it’s a series or documentary, true crime content continues to be extremely popular among young viewers — after all, who can forget the runaway hit that was Netflix’s controversial miniseries centred on serial killer Jeffrey Dahmer? But now, despite their fascination, these fans are also starting to feel guilt about consuming this particular form of entertainment. The question is, are true crime series more exploitative than educational?

Should we watch series and documentaries based on true crime stories or boycott them? The question arose following the success of the Netflix miniseries Dahmer: Monster — The Jeffrey Dahmer Story. The programme, created by Ryan Murphy, has become one of the most popular series on the streaming platform. Released on September 21 2022, Dahmer: Monster — The Jeffrey Dahmer Story even became the third series on the platform to surpass one billion hours of views, in December of the same year, after Squid Game and the fourth season of Stranger Things. However, since its release, the popularity of the series has disturbed many users on social networks, who have pointed out such content’s tendency to glamourise serial killers.

Is true crime educational or exploitative?

This dilemma, widely discussed by online society observers, has indeed needled several streaming fans, according to a survey conducted by YPulse as part of their “TV and Entertainment” report. According to this study of Gen Z and Millennials,* nearly half of those surveyed (46%) admitted to feeling uncomfortable watching series inspired by real-life events in relation to the victims and families involved. The consumers surveyed believe that this is “inconsiderate to survivors and families.” Still, 56% of Zs and Millennials who responded to the survey said they disagree with the statement “I’m starting to feel bad watching true crime shows.” Only 14% strongly agreed with it. 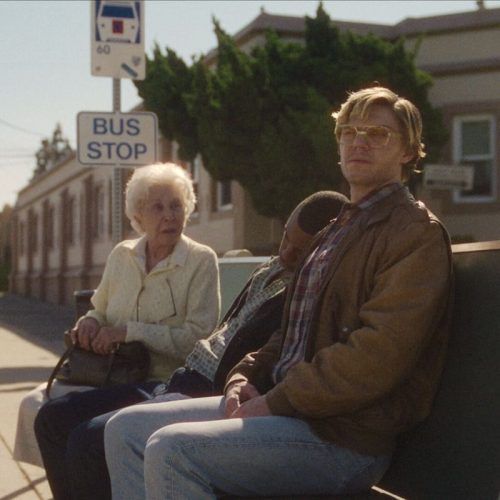 ‘Monster: The Jeffrey Dahmer Story’ Has Been Renewed For Two More Instalments By Netflix

This lack of respect for victims’ families was one of the accusations made against Ryan Murphy and Netflix, at the same time that the series on the American serial killer Jeffrey Dahmer, played by Evan Peters, soared up the streaming platform’s charts. Internet users have criticised the platform for not having asked permission from survivors and families of victims to tell the story. A point that Ryan Murphy refuted, claiming that the 20 families concerned had been contacted but that none had followed up.

The appetite for true crime doesn’t show any sign of slowing down. Over on TikTok, videos about “True crime” have invaded the platform. The Chinese social network has over 21 billion views of content with the hashtag #TrueCrime and 184 million views for #TrueCrimes.

And this fascination does not only concern series, documentaries and video content, but also podcasts. Recently, Apple and Spotify unveiled the most popular podcasts of 2022 and not surprisingly, true crime podcasts featured significantly.

Here's where you can read the latest news and stories from Augustman and our sister titles Lifestyle Asia and PrestigeOnline, curated from all of our editions in the region.

Culture
‘Avatar 3’: Release Date, Cast, Plot And Everything You Should Know
4 days ago

14 Exciting Serial Killer K-Dramas To Get Your Pulse Racing

Jeffrey Dahmer’s Urn, Glasses And Baby Pictures Are Up For Auction — And People Are Buying Them