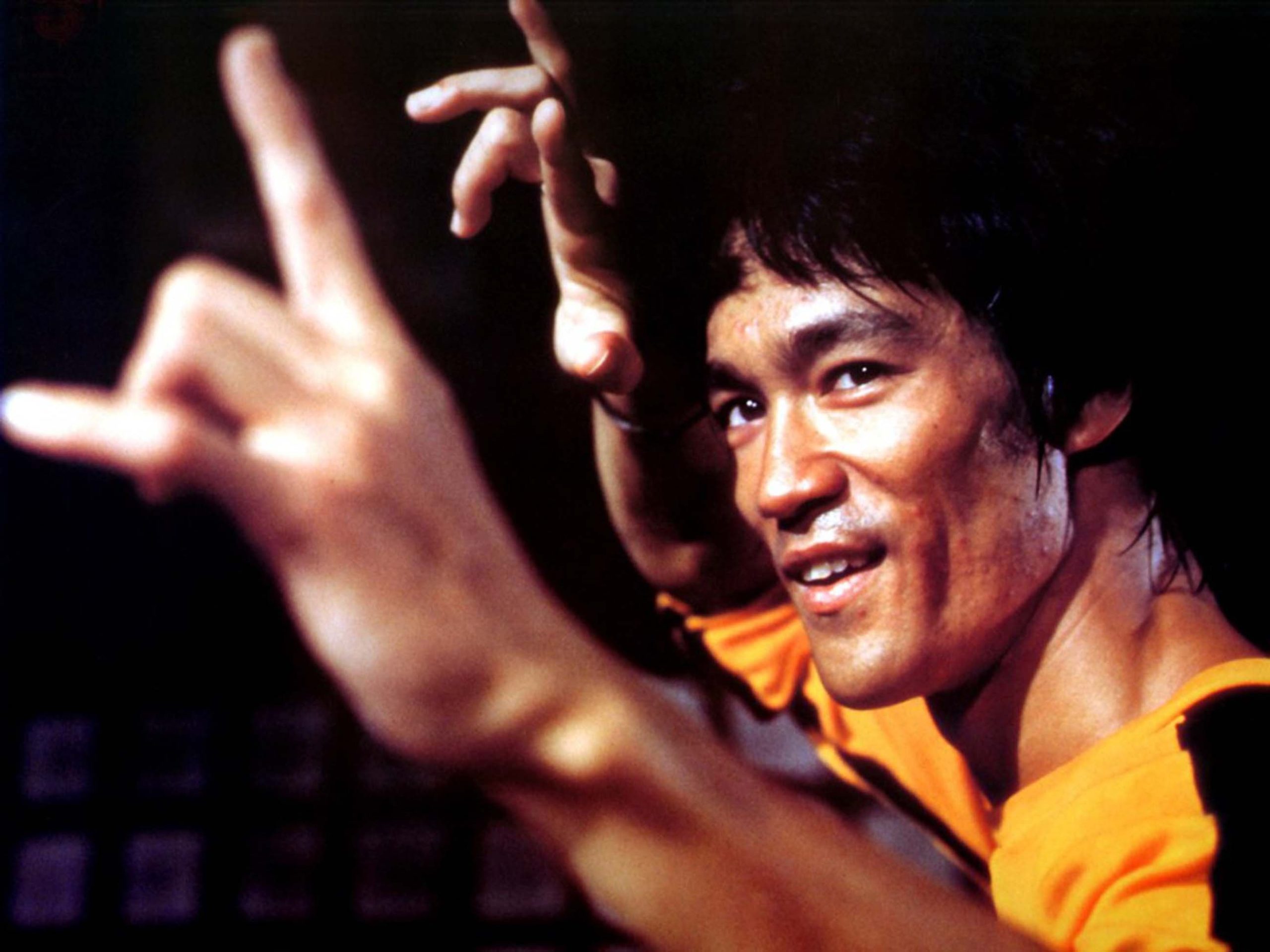 Reorienting Perceptions: The Complex History of Asian Representation in Hollywood

In the late 1800s, Chinese immigrants were brought to the US to work on the railroads. Some came out of desperation because of the economic consequences of the Opium Wars (Thank you, Britain), others were basically kidnapped and enslaved. After the transcontinental railroad was completed, it occurred to Americans that Chinese workers no longer had reasons to stay. Worrying that the Chinese might overstay their welcome, a wave of anti-Chinese sentiment swept the nation.

Difference was being exploited in visual media, at times to entertain, ridicule, and exclude. Chinese men were stereotyped as degenerate heroin addicts whose presence encouraged prostitution, gambling, and other immoral activities. Chinese women were often portrayed as the “dragon lady” who is deceitful, mysterious, and sexually alluring. The phenomenon birthed a perception of the Chinese as the “yellow peril”, the sinister Chinese, the Chinese that you couldn’t trust.

Following the rise of Hollywood, the over-generalization and visual hazing of Asians started making its way into films. For instance, the whitewashing casting of Mr. Yunioshi in 1961’s Breakfast at Tiffany’s is reflective of anti-Asian racism and a reinforcement of eurocentricism. In 1960’s The World of Suzie Wong, Nancy Kwan plays the embodiment of the “lotus blossom” stereotype — also known as “china doll” or “the geisha”. The “lotus blossom” trope portrays Asian women onscreen as objects of desire, but ones which are disposable.

Regarded as the first Chinese American Hollywood star, Anna May Wong gained immense recognition for her role as an exotic dancer and murderer, Princes Ling Moy in Daughter of the Dragon, as well as her role as a Mongol slave in The Thief of Bagdad, another “dragon lady” role. Eventually, Wong was sick of the industry’s relentlessness in portraying Asians in a bad light.

In 1959, Wong said, “When I die, my epitaph should be: I died a thousand deaths. That was the story of my film career. Most of the time I played in mystery and intrigue stories. They didn’t know what to do with me at the end, so they killed me off.” Although Wong paved the way for Asian representation in Hollywood, the trailblazing actress suffered at the hands of racist filmmakers throughout her entire career.

Western culture has a long history of emasculating Asian men, and Hollywood saw no problem with that. From Fu Manchu to Charlie Chan, the usage of yellowface, cultural appropriation, and racial stigmas reinforced the racist stereotypes that are perpetuated in visual media. However, the most enduring pop-culture refutation of those stereotypes would emerge following the arrival of Bruce Lee, who exploded the racial barriers Hollywood built with a one-inch punch.

Lee had gained a measure of celebrity with his role in The Green Hornet television series. After a year of playing sidekick to Van Williams, the series was cancelled in 1967. Believing that the Chinese culture had much to offer, Lee began pitching projects such as The Silent Flute and The Warrior to Warner Bros. Although the studio liked one of his concepts enough to develop a TV show, Lee was overlooked for the lead role in favour of a more bankable, Caucasian, actor.

Troubled by his inability to find other suitable roles, Lee returned to Hong Kong in 1971 to advance his career as an actor. After signing a two-film contract with Golden Harvest, Bruce Lee went on and revolutionised the entire film industry. Following the release of The Big Boss, Lee became an instant icon, the superstar that separates The Big Boss from every Hong Kong action film that came before. The fight scenes were a ballet that commanded the attention of the audience. When he fought, he fought to win.

After a series of critically and commercially successful films, Hollywood became interested in Lee once again. In 1973, Enter the Dragon marked Lee’s first Hollywood movie and Warner Bros’ first foray into the kung fu genre on the silver screen. Having earned 410 times its original budget, Enter the Dragon is one of the most profitable films of all time (equivalent to more than $1 billion adjusted for inflation). In 2004, it was selected for preservation in the United States National Film Registry by the Library of Congress as being “culturally, historically, or aesthetically significant”.

The unprecedented success of Lee marked a paradigm shift in Hollywood. Prior to Lee’s superstardom, Asian men were portrayed as submissive servants, unskilled labourers or evil geniuses with pencil thin moustache patterned after Fu Manchu. However, his achievements would soon turn into both a blessing and a curse.

Although Lee flirted with comedy in his one and only directorial feature, Way of the Dragon, his sudden demise would render him and his successors synonymous with the genre he popularised. By the 1980s, the popularity of Bruce Lee and martial arts movies led to the entrenchment of the “All Asians Know Martial Arts” trope. Every new martial arts actor, from Jackie Chan to Jet Li, is referred to as “the next Bruce Lee”. Bruce Lee became the unreachable standard set by Hollywood by which all other Asian actors must be measured.

Martial arts films remained Hong Kong’s most recognised cultural export from the 70s and 80s, and its success laid the groundwork for the Hong Kong New Wave filmmakers (1970s – 2000s). The film movement witnessed the arrival of commercially slick productions from the likes of John Woo and Tsui Hark, as well as establishing a new reputation for Hong Kong arthouse cinema, with Wong Kar-wai’s Days of Being Wild (1991) and Chungking Express (1994) bringing widespread critical acclaim.

2000 was a victorious year for Asian cinema. At the 2000 Cannes Film Festival, Wong Kar-wai presented his magnum opus, In the Mood for Love. At the same Cannes that year, Ang Lee’s Crouching Tiger, Hidden Dragon made its glorious premiere. Both films were equally game changers that heralded the arrival of Asian cinema in international theatres, becoming eye-openers for the audience and industry players alike.

The release of Crazy Rich Asians was hailed as a major step for representation in Hollywood. Understandably, as it was the first studio film since 1993′s The Joy Luck Club to feature an all-Asian ensemble. Lulu Wang’s The Farewell released afterward, earned praise for its familiar but rare depictions of Asian families

In 2021, Chinese filmmaker Chloé Zhao won the best director award at the 93rd annual Academy Awards, becoming the first woman of colour to win the award. Last year, the world was in awe as Parasite swept the Oscars. Recently, Shang-Chi and the Legend of the Ten Rings became the year’s biggest movie in the US. But the impact of these movies far transcends awards and money – it gives power to an idea that many haven’t been able to grasp for centuries. And that is, being seen means everything.

Bruce Lee Film & TV pop culture Shang-Chi and the Legend of the Ten Rings
written by.
Alex Low
Brand & Partnership Writer
Lifestyle writer with a passion for everything pop culture. When not writing, Alex spends his free time playing video games, learning how to cook (it's been quite a journey, or so he says), and lurking on blu-ray.com for the best physical media deals.