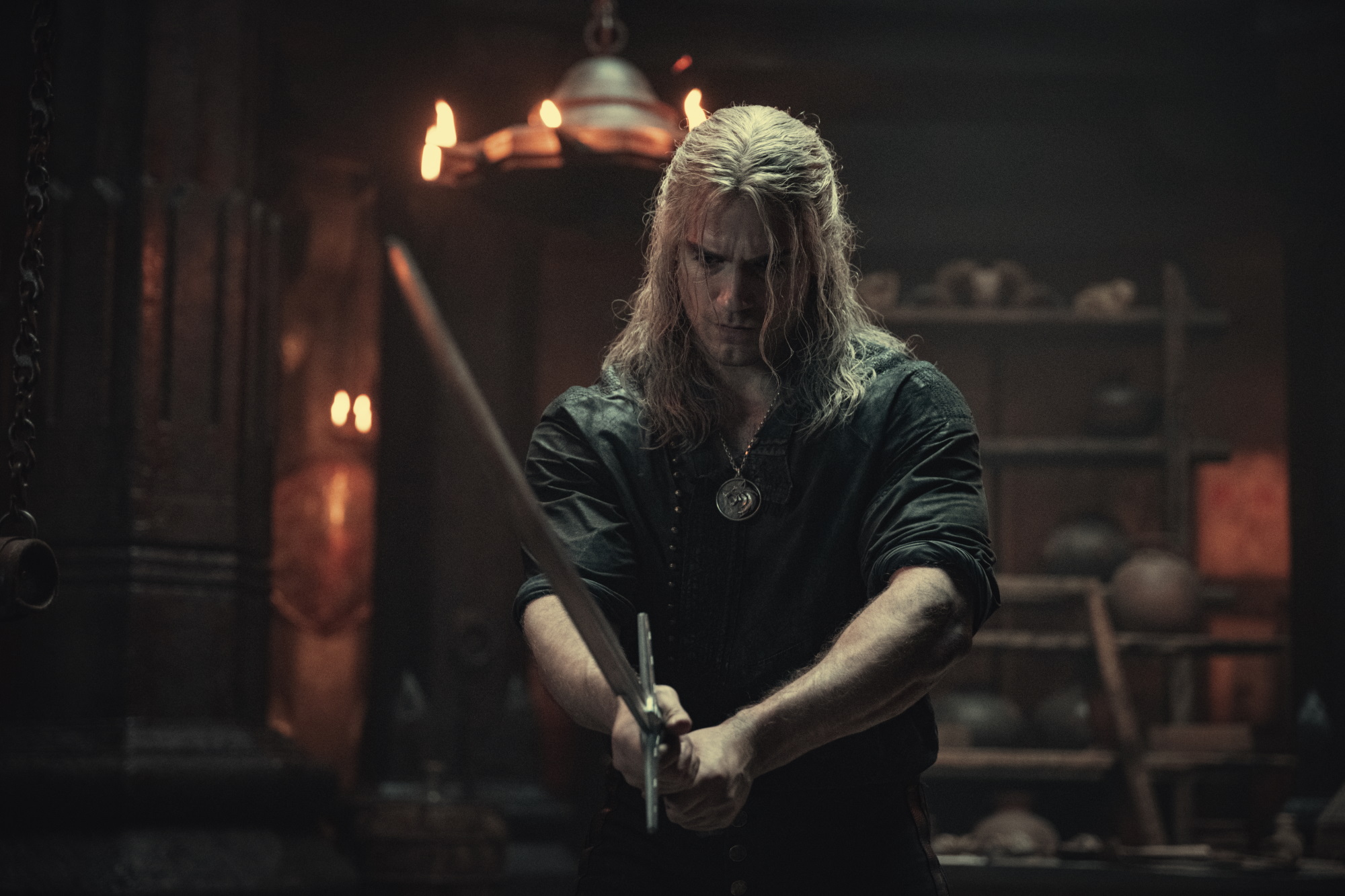 Henry Cavill has made a career of playing larger than life characters on screen.

Fitting the mould of the hero-type, the actor has notched up many iconic roles over the course of his career. Although famously known for donning the Superman cape, Henry Cavill is also best known for bringing the character of Geralt of Rivia to life in The Witcher.

Season two of the series was well received by fans, many of whom sung praises of Cavill’s portrayal of the legendary monster hunter. Renewed by Netflix for season two, The Witcher makes a return to our screens on 17 December.

The stakes are indeed high for the new season, following season one’s epic finale. Convinced Yennefer’s life was lost at the Battle of Sodden, Geralt of Rivia brings Princess Cirilla to the safest place he knows, his childhood home of Kaer Morhen.

While the Continent’s kings, elves, humans and demons strive for supremacy outside its walls, he must protect the girl from something far more dangerous: the mysterious power she possesses inside.

For Cavill, the progression of Geralt in the new season provides a source of inspiration for the actor. In this interview with Augustman, he reveals more about that evolution as well as what audiences expect when The Witcher Season 2 finally premieres.

What are the main differences of Geralt, compared to the other characters you’ve played?

There are obviously numerous unique traits in comparison to the various other large IPS I’ve been a part of. But there are also similarities, chief of which is that Geralt is a hero. He is a representation of what is good. But he also does things and commits certain acts and says things in a certain way, which aren’t the classic hero type or trope. And that can be pretty exciting and cool to see how he goes about doing his usual stuff. And for me, I enjoy that, and I really like it.

But he is a character that also tries very hard at times to be good, isn’t that right?

Well, do I think he always tries to do the right thing. It is just a matter of perspective because he doesn’t necessarily turn his back on certain situations. That’s what’s so wonderful about (Andrzej) Sapkowski’s writing is that everything is very much within the morally grey territory.

The reader can always decide for themselves if what he does is right. However there are certain things that he does that will make you go, ‘hold on a second’, and that I believe is because he is actually remorseful for the terrible acts that he has committed. That in itself is about forgiveness. It’s all about perspective and it’s all about the lens applied by Lauren (Schmidt Hissrich) in the show. 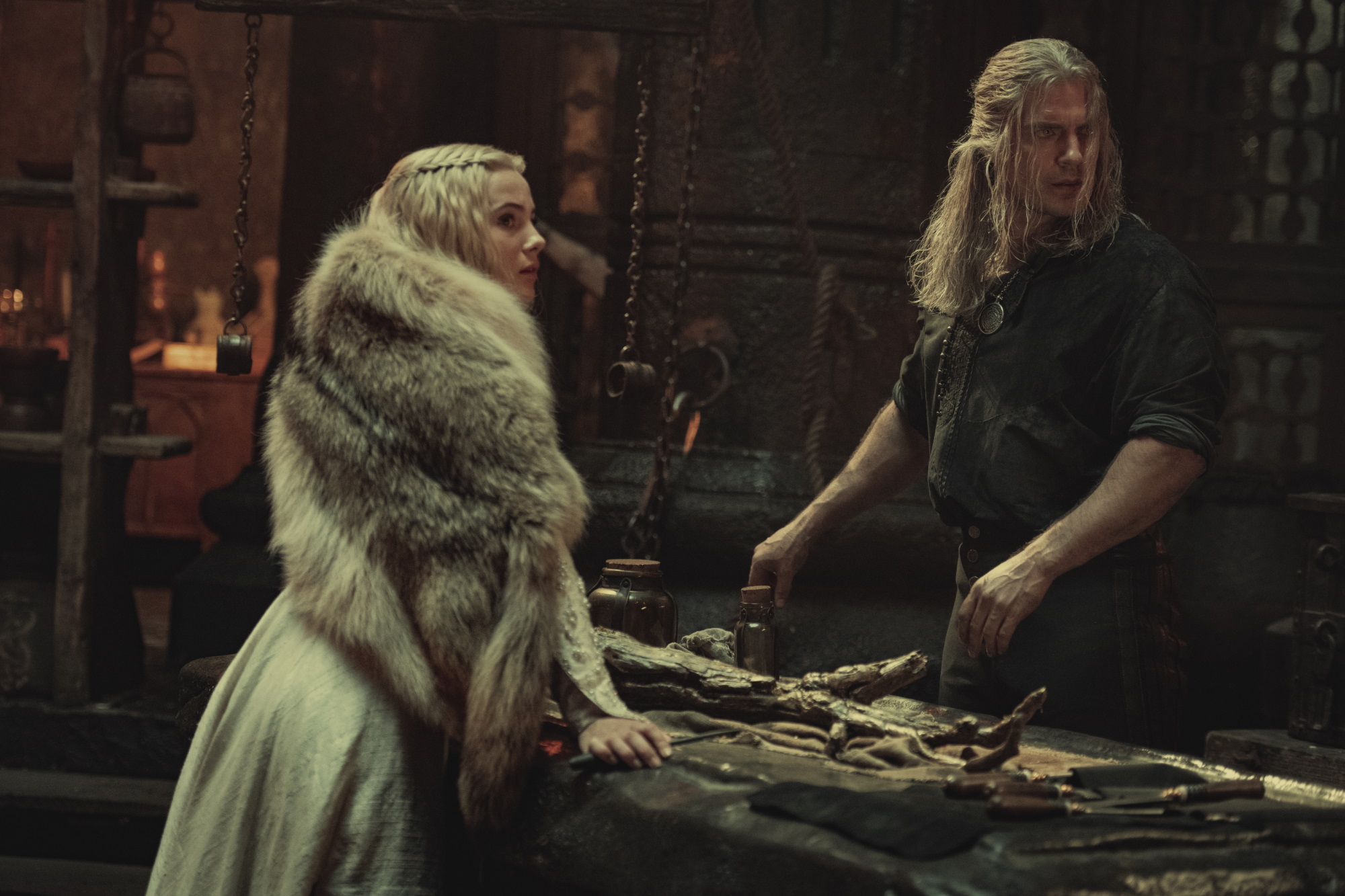 This season we see Geralt travel to his home, Kaer Morhen, for the first time. Can you talk a bit about that setting?

Kaer Morhen is a dilapidated mountain fortress that was sacked about seventy years ago, and it’s home to the remaining Witchers — the place where Geralt goes to recover and recuperate during the winter months. He takes Ciri there to protect her because it’s the safest place he knows to go. But it’s challenging bringing a young girl into an environment which is potentially dangerous, it’s a place where these mutants train so it’s not necessarily designed for a princess.

Season two will see Geralt segue into a fatherly role so to speak with Ciri. How did it feel bringing that dynamic to the character?

It’s wonderful working with Freya (Allan), she’s done a really good job of portraying Ciri. Together, we wanted to try and build that close relationship between the two characters. She’s been through trauma, and she isn’t exactly biting back at all of this that’s happening to her. Now we see this girl grow and develop a sense of wisdom and understanding, with the help of Geralt, who is there to help her through it. That was an interesting element for me to flesh out for the character. 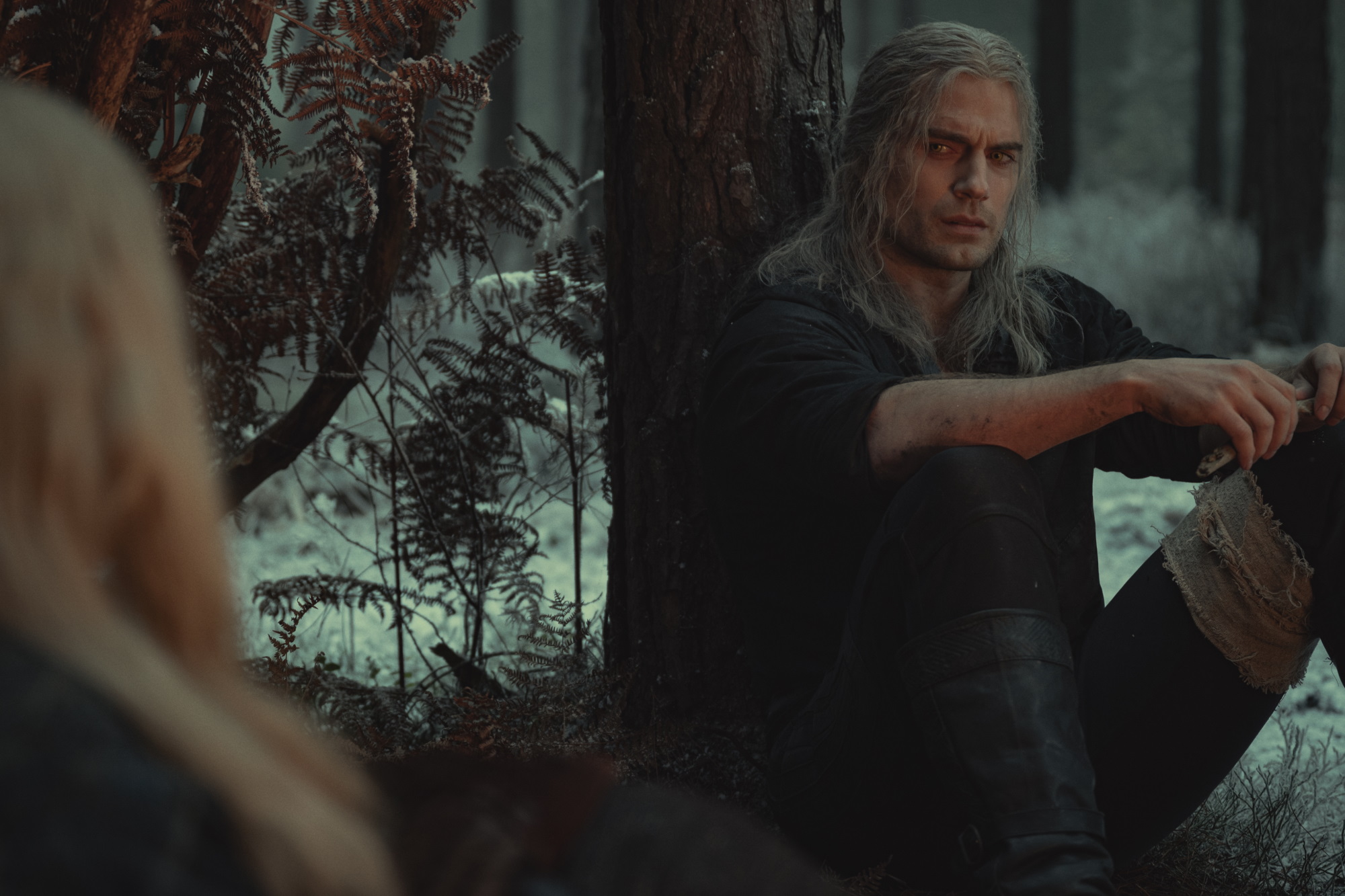 How does it differ with the relationship between Geralt and Vesimir, which we will see in season two?

Kim (Bodnia), and I had a really good time trying to build that relationship between Vesemir and Geralt. Although it wasn’t exactly written on the page, but we felt it was important to bring an air of emotionality to their unique characters as well as relationship. They are both incredible warriors and monster killers, but they also have a soft side and there is something very soulful about both of them. As an actor, it was a lot of fun building that relationship and Kim was enormously receptive to building that element into the characters. 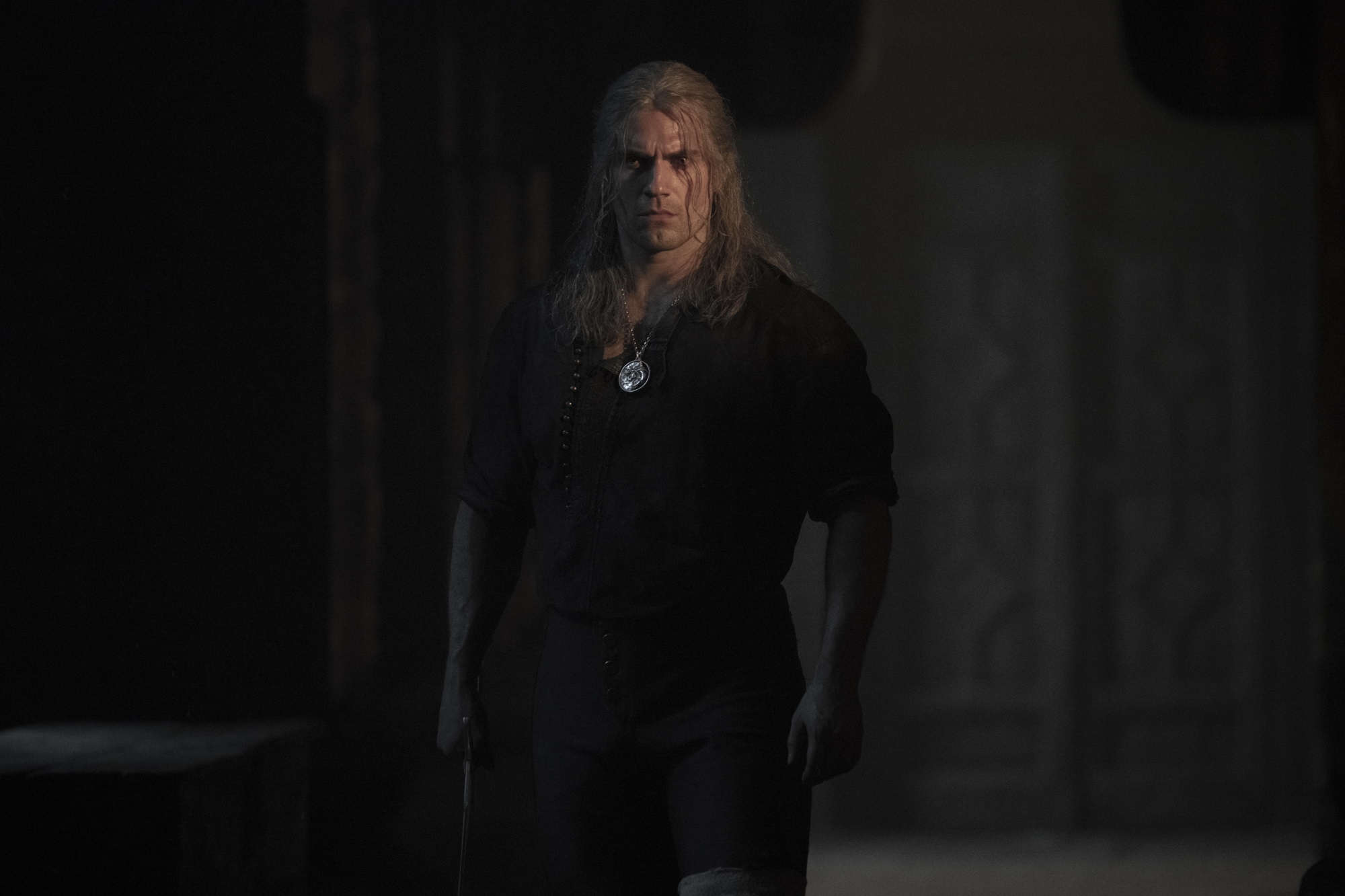 Are there any other aspects of Geralt in the book that you just can’t wait to explore in the series?

Yes, I think there’s still a lot of nuances and complexities of Geralt which has yet to be expressed. So I’m looking forward to that opportunity to really take source material from the books and present that on screen as accurately as possible in order to bring Sapkowski’s vision of Geralt to life.

What was the most challenging scene that you had to deliver this season?

It was tough as I was only allowed on my feet for five hours a day. I’d often be on my feet for longer than that because we had longer days to complete, and it was a very painful experience. And so trying to get through that trying to get as much work as I could get done while taking care of the future of my actual career was a really tricky. Yeah, I wouldn’t recommend tearing your hamstring. It’s not a fun experience. 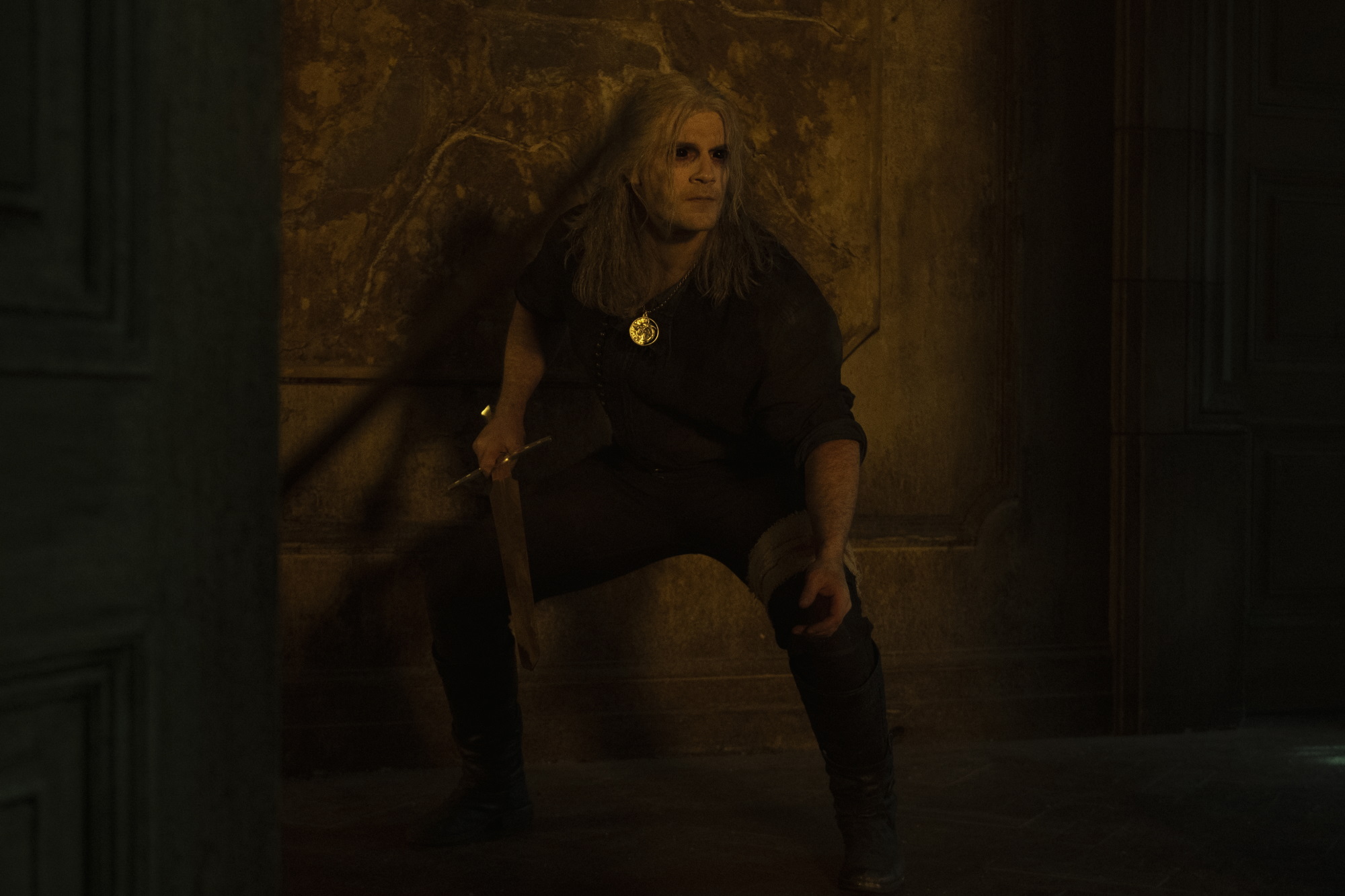 Monsters are part of the universe for The Witcher. Do you have a particularly favourite monster from season two or a particular battle?

It’s a little difficult to talk about the monsters of season two because I don’t want to spoil anything for anyone. But there are definitely some new monsters in there and there’s a lot of original story, so we’ll see lots of different things which we don’t necessarily find in the books, or even in the games.

You’ve gone on record saying you’re ready to commit to more seasons of The Witcher. What’s the biggest attraction about wanting to keep playing Geralt?

For me, the biggest draw to this is the source material. It’s Sapkowski, his work is so nuanced and so highly creative with his writing. He uses tropes, but then subverts them and makes them into something quite extraordinary, which opens a lot of discussion. And of course, I feel CD Projekt RED did a fantastic adaptation in the sense, serving also as a continuation to the story.

For me, it’s just trying to get Sapkowski’s work onto the screen. That’s the thing that really excites me because every time I go back to those books, I’m just wowed by the nuance and complexity of some his writing and how we are able to recognise ourselves in some of these characters, which is really interesting.

Catch Henry Cavill in The Witcher Season Two when it premieres on 17 December 2021 exclusively on Netflix.