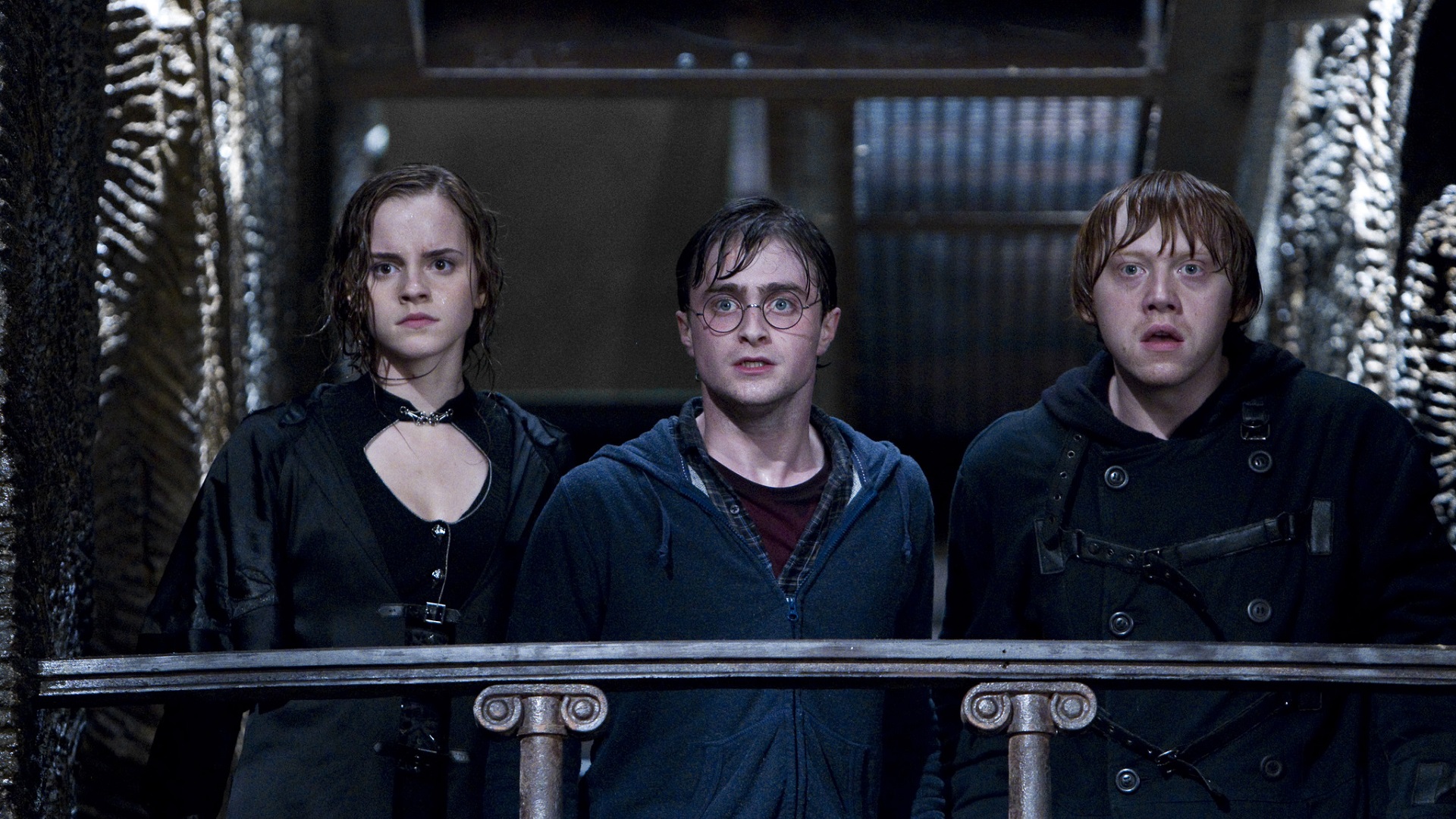 The Harry Potter universe, or what some refer to as Potterverse these days, is a fictional world of magic created by J.K. Rowling with her books in the 1990s.

In it, an array of characters, both humans and non-humans, share space. While the Muggle world comprises people with no magical powers, the hidden world of magical beings is where wizards and witches, such as Harry Potter and his friends, learn their craft.

Harry is the protagonist of the wizarding world that spans seven books and eight films in the main canon and is followed by the Fantastic Beasts film series. Fans around the world have been in love with the films for long, with the first movie premiering in 2001.

But are you a true Potterhead? Even though you may have watched several reruns of the films and claim to be an ardent fan of Potter movies, do you know how the red bus sequence was filmed in the third film or that a future Oscar winner could have played a younger Lord Voldemort?

Read on to know some interesting facts about Harry Potter movies

Only British and Irish actors were cast because Rowling wanted it

J.K. Rowling sold the rights to the first four Harry Potter books to Warner Bros. for a reported USD 2 million under one condition that only British and Irish actors would be cast in the films. However, the stipulation was not always adhered to.

In Harry Potter and the Sorcerer’s Stone (2001), which was the first film, Verne Troyer of Austin Powers fame played the role of Griphook. Since Troyer was an American, his voice was dubbed by English actor Warwick Davis.

The other notable exception was Eleanor Columbus, daughter of the film’s American director Chris Columbus. Eleanor played Hufflepuff student Susan Bones in the first and the second films.

In Harry Potter and the Goblet of Fire (2005), two delegations were played by actors from France and eastern Europe.

Only two of the three protagonists auditioned

Of the three main leads, Daniel Radcliffe was the only one who was selected by the director. Columbus was impressed by Radcliffe’s performance as the young David Copperfield in the 1999 BBC TV miniseries of the same name.

On the other hand, Rupert Grint appeared for auditions and so did Emma Watson. In Watson’s case, her theatre teacher at Oxford referred her to the casting agents who were looking for someone to fit Hermionie’s role.

While Harry Potter and the Sorcerer’s Stone marks the debut of both Watson and Grint, it was Radcliffe’s second movie.

In 1999, Radcliffe (pictured, 2nd R) made his cinematic debut as Mark Pendel, son of Geoffrey Rush’s character Harold Pendel in the espionage thriller The Tailor of Panama.

One of the lesser-known facts about the Harry Potter franchise is that the late Alan Rickman was the only cast member who knew beforehand that Severus Snape, the iconic character he immortalised on screen, was not a negative character he was perceived to be.

This was revealed only years later in 2011 by Rickman who let know that Rowling shared a “tiny piece of information” that helped him stay on with the character to the end. Following Rickman’s death in 2016, Rowling revealed on Twitter what she told the celebrated actor in response to a fan’s question.

“I told Alan what lies behind the word ‘always’,” Rowling said, referring to the word Snape uses to describe his eternal love for Lily Potter, Harry’s mother, towards the end of the series.

The 14 who appeared in all movies

Over 100 actors played important roles in the entire series, but only 14 appeared in all eight films. These include the leads Daniel Radcliffe, Rupert Grint and Emma Watson.

No magic in the first film for Harry

In the first Harry Potter movie, the ‘Boy who Lived’, or Harry, didn’t cast a single spell. This is perhaps because he did not know about his association with the world of magic. It was only after Hagrid met Harry in the muggle world that the latter came to know he was a wizard.

Later, in one scene at Ollivander’s shop, Harry waves his wand when he tries to buy one for himself till a wand with a phoenix feather core ‘chooses’ him.

Russian lawyers claim Dobby is based on Putin

Lawyers in Russia threatened to sue Warner Bros. following the release of Harry Potter and the Chamber of Secrets (2002). This was over the elf character named Dobby, which was voiced by Toby Jones.

The lawyers were of the view that the character, which was described in The Guardian as “bald, floppy-eared, pointy-nosed, bug-eyed”, was based on Russian President Vladimir Putin.

However, no one was sued. But the association has not dropped off. In 2015, UK Prime Minister Boris Johnson compared Putin with Dobby.

“Despite looking a bit like Dobby the House Elf, he is a ruthless and manipulative tyrant,” Johnson wrote in his Telegraph column at the time.

Perhaps one of the finest lesser-known facts about Harry Potter movies is how it did something that the Marvel Cinematic Universe (MCU) would make a common thing years later — the post-credits scenes.

Harry Potter and the Chamber of Secrets is the only film in the main canon with a post-credits scene. In it, a book titled Who Am I? by Gilderoy Lockhart (played by Kenneth Branagh, pictured) is seen at a bookshop window.

Lockhart is a teacher at Hogwarts School of Witchcraft and Wizardry and a celebrity author. He is exposed as a coward and later loses his memory in an accidental spell from Ron’s broken wand.

Hugh Grant was the original choice for the character but couldn’t take up the role because of scheduling conflicts with Two Weeks Notice (2002).

That bus was real, folks!

The triple-decker bus in Harry Potter And The Prisoner of Azkaban (2004) was a real bus. It appears to be zooming past vehicles in the film but that was camera-work at play.

The bus in reality was moving at a normal speed, while the other vehicles were moving at a slower pace. The whole footage was then sped up.

A film that could have been in two parts

If Warner Bros. had its way, Harry Potter and the Goblet of Fire would have been split into two films, but one of the lesser-known facts about Harry Potter movies is that director Mike Newell, who took over from Alfonso Cuarón, convinced the studio not to.

“As far as I’m concerned it’s absolutely possible to do it in one. I think it would be slightly embarrassing to do it in two,” Newell had told Empire in 2004.

Deathly Hallows symbol has a connection to masonic sign

It was also in Harry Potter and the Goblet of Fire that the symbol of Deathly Hallows first appeared and is perhaps the most significant in the Harry Potter universe. The symbol is made of a pyramid, a rod and an orb, which signify the cloak of invisibility, the Elder Wand and the resurrection stone, respectively.

In the Potterverse, whoever has the three pieces becomes the Master of Death. But the actual meaning of the symbol was understood only after the publication of the final Harry Potter book in 2007.

Rowling later revealed on BBC‘s Harry Potter: A History of Magic how she came upon the idea of the iconic symbol when creating it in the 1990s. She said that, while she was watching The Man Who Would Be King — the 1975 film based on the Rudyard Kipling book of the same name — she noticed the symbol for the first time.

“The Masonic symbol is very important in that movie. And it was literally 20 years later that I looked at the sign of the Deathly Hallows and realised how similar they were,” she said, adding, “I’ve got a feeling that on some deep subconscious level, they are connected.”

The longest and shortest

Another fact about the Harry Potter movies is connected with the lengths of the books.

With 766 pages in the UK edition, Harry Potter and the Order of the Phoenix (2007) is the longest in the Harry Potter book series. However, it is also the second-shortest film with just 138 minutes of run-time.

Harry Potter and the Order of the Phoenix was only the second film directed by David Yates (pictured, 2nd L), who was better known until then for his political dramas such as State Of Play (2003).

However, Yates was so successful with his vision of Harry Potter films that he went on to direct all subsequent Potter movies as well as all three of the Fantastic Beasts films.

Helena Bonham Carter was not the first choice for Bellatrix Lestrange

Bellatrix Lestrange, one of the most famous characters in Potterverse, makes her first appearance in Harry Potter and the Order of the Phoenix. The illustrious Helena Bonham Carter completely owned the role, but she was not the first choice for it — the late Helen McCrory had got the part.

McCory had to, however, drop out because she was pregnant. She later played Lestrange’s sister Narcissa Malfoy in Harry Potter and the Half-Blood Prince (2009).

Evanna Lynch made her own jewellery

Evanna Lynch, who played Luna Lovegood in the Harry Potter series, designed some of her character’s jewellery, including the beaded, radish-shaped earrings, which became famous after they appeared on screen.

“It was an excellent collaboration. She was a very clever kid to work with,” Jany Temime, who was one of the costume designers of Harry Potter, later told Insider.

Jamie Campbell-Bower is the only actor who appears in both the Harry Potter film canon and the prequel/spin-offs.

Campbell-Bower first appeared as the young dark wizard Gellert Grindelwald in Harry Potter and the Deathly Hallows Part 1 (2010). He reprised his role in Fantastic Beasts: The Crimes of Grindelwald (2018).

Records set by Harry Potter and the Deathly Hallows Part 2

The highly-anticipated last film of the franchise had the biggest opening weekend for any film at the time. It went on to become the first Potter film to make a billion dollars at the worldwide Box Office. It is, thus, the highest-grossing film of the series and the 13th highest-grossing movie of all time as of December 2021.

The film is also unique for the events depicted in it that happen in just one day, making it the shortest film by the time frame of Harry Potter movie stories.

Eddie Redmayne could have been Lord Voldemort

Eddie Redmayne has won Potter fans over with his amazing portrayal of magizoologist Newt Scamander in the Fantastic Beasts films. However, not many know that he had auditioned for the role of Tom Riddle in Harry Potter and the Chamber of Secrets.

“I actually auditioned to play Tom Riddle when I was back at university. I properly failed and didn’t get a call back. Over the years I always hoped I might be cast as a member of the Weasley family, but unfortunately not,” he told Empire in 2016.

Riddle, a younger version of the main villain Lord Voldemort, was played by Christian Coulson.

Academy Award winner Redmayne, on the other hand, was always the only choice of Rowling for the role of Newt. Interestingly, the name of the character first appeared on the Marauder’s Map in Harry Potter and the Prisoner of Azkaban.

Daniel Radcliffe emma watson Harry Potter Rupert Grint
written by.
Manas Sen Gupta
Manas enjoys reading detective fiction and writing about anything that interests him. When not doing either of the two, he checks Instagram for the latest posts by travellers. Winter is his favourite season and he can happily eat a bowl of noodles any time of the day.
Travel Food Culture entertainment