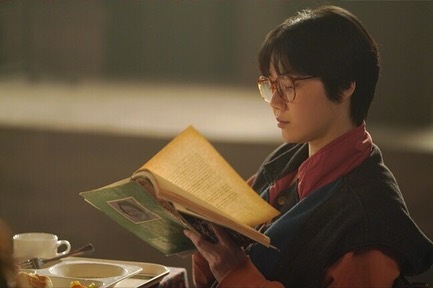 South Korean actress Kim Mi-soo, who played a supporting character in Disney Plus series Snowdrop, has passed away at the age of 29. Her agency, Landscape Entertainment confirmed the news in a statement on Wednesday, while requesting privacy for the family.

Known for her role of Yeo Jeong Min, a student activist who shares a women’s dormitory with protagonist Young-ro  in JTBC and Disney Plus drama series Snowdrop, actress and model Kim Mi-soo passed away on Wednesday. Her funeral will reportedly be held at the Taeneung Sungsim Funeral Home.

Soon after the news broke on social media, her agency Landscape Entertainment released a statement, which read “Kim suddenly left us on Jan. 5. The bereaved are deep in their sorrow at the sudden sadness. Please refrain from reporting false rumors or speculation so that the family can mourn in peace,” according to a report by NBC News. The agency gave no cause of death and stated that the funeral will be held privately, upon the family’s request so that the deceased could be commemorated reverently. They further added, ” Please wish for Kim Mi Soo to rest in peace, and once again, we offer our deepest condolences to the deceased.”

Snowdrop is a historical romantic melodrama that looks at the 1987 pro-democracy movement. The show also stars YG Entertainment’s Blackpink singer and K-pop idol Jisoo, who plays the protagonist. Although the series is still airing, filming has already been wrapped up since it was pre-produced. In addition to Snowdrop, the actress has starred in Hellbound, Hi Bye Mama, The School Nurse Files, and Yumi’s Cells. She is also credited with two movies, Memories and Kyungmi’s World, both of which were released in 2019.