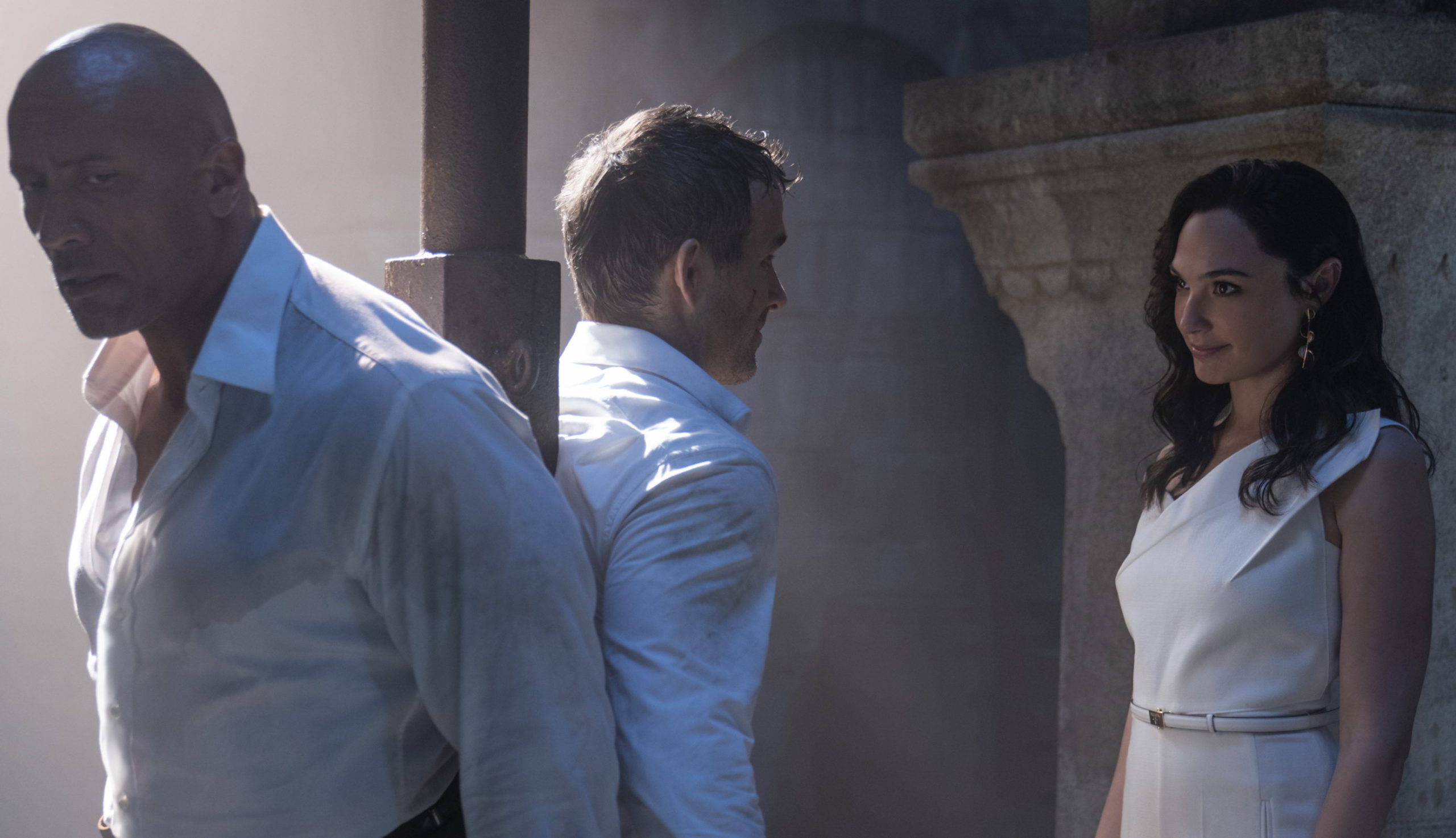 The First Look At Red Notice With Dwayne Johnson, Ryan Reynolds and Gal Gadot Is Here

You don’t need much convincing to catch a film featuring three of the biggest stars in the world. But that’s what exactly Netflix has done with Red Notice.

Starring Dwayne Johnson, Ryan Reynolds, and Gal Gadot, the film is described as a globe-trotting heist. To entice fans, the streaming giant has just dropped a first look teaser, which lays up the storyline rather nicely.

The film sees Johnson portray FBI agent John Hartley who is assigned to capture the world’s most wanted criminals. When an Interpol-issued Red Notice — the highest level warrant – the Fed’s top profiler gets on the case.

His global pursuit finds him smack dab in the middle of a daring heist where he’s forced to partner with the world’s greatest art thief Nolan Booth (Ryan Reynolds) in order to catch the world’s most wanted art thief, “The Bishop” (Gal Gadot).

The high-flying adventure that ensues takes the trio around the world, across the dance floor, trapped in a secluded prison, into the jungle and, worst of all for them, constantly into each other’s company.  With a dedicated lawman forced to contend with two rival criminals, there’s no telling what may just happen.

The all-star cast is joined by Ritu Arya and Chris Diamantopolous. The film is directed and written by Rawson Marshall Thurber (Central Intelligence, Skyscraper). Red Notice arrives on Netflix on 12 November. Check out the first-look teaser trailer below.