Our brands
Homepage > Culture > Film & TV > Amazon Fantasy Series ‘The Wheel of Time’ Is Showing. Here’s All You Need To Know About It 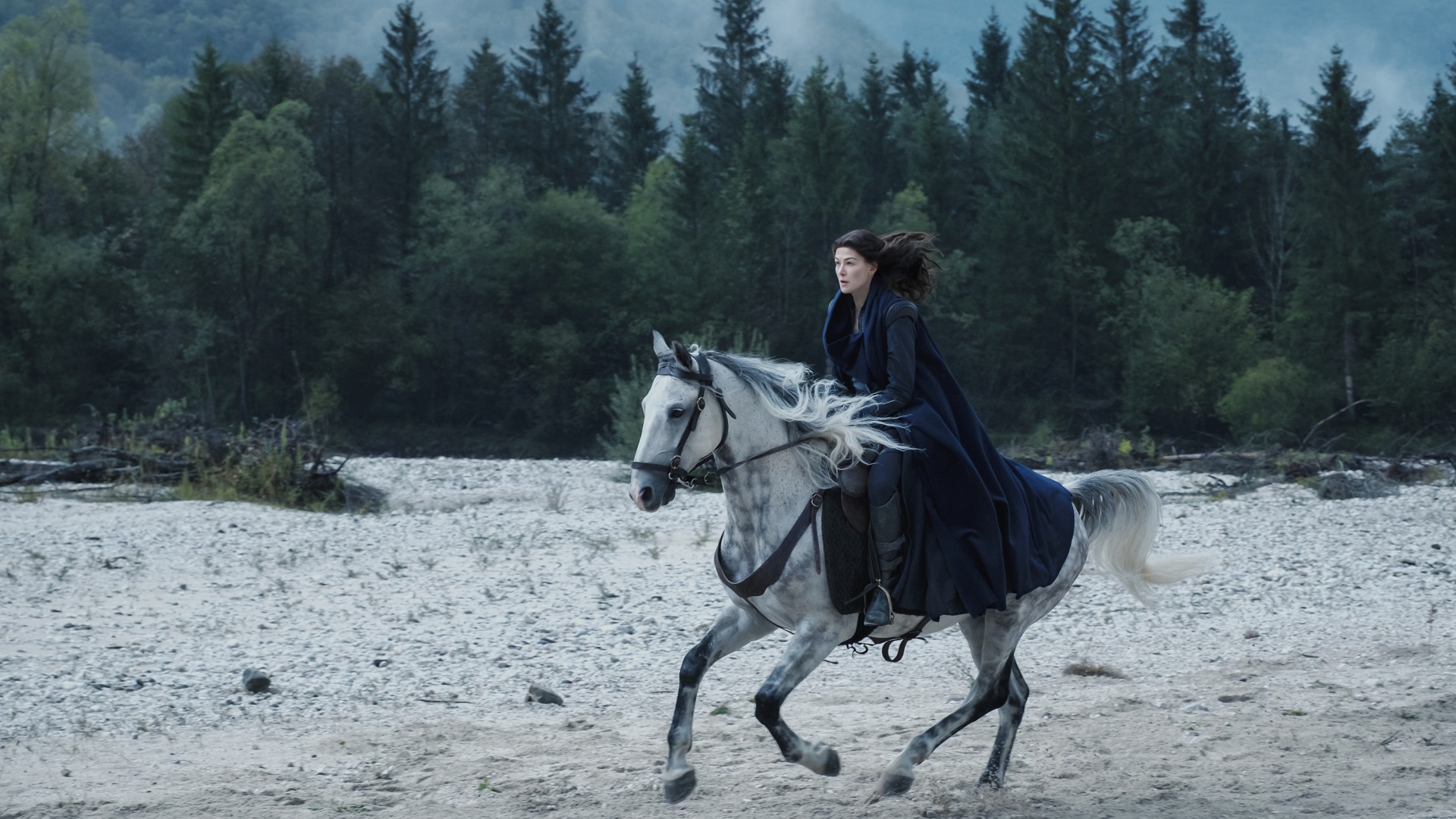 Amazon Fantasy Series ‘The Wheel of Time’ Is Showing. Here’s All You Need To Know About It

Anticipation is high for Amazon Prime’s new fantasy series, The Wheel of Time.

Having premiered on 19 November, the epic fantasy series produced by Sony Pictures Television and Amazon Studios, will debut with three episodes.

Although the show’s promotions give the impression of Game of Thrones and The Lord of the Rings rolled into one — which includes magic, horse riders and an evil force — the series still stands out in many ways. This is why expectations from it are high.

Released in September 2021, the first trailer of the series offers a glimpse into the cast and the world of The Wheel of Time.

Here’s a look at what we know about the series

The official synopsis as described by Amazon Prime Video says:

“Set in a sprawling, epic world where magic exists and only certain women are allowed to access it, the story follows Moiraine (Rosamund Pike), a member of the incredibly powerful all-female organisation called the Aes Sedai, as she arrives in the small town of Two Rivers. There, she embarks on a dangerous, world-spanning journey with five young men and women, one of whom is prophesied to be the Dragon Reborn, who will either save or destroy humanity.”

The Amazon show is based on the book series of the same name written by the late Robert Jordan. However, the American epic fantasy writer could not finish his work before his death in 2007. Then, Brandon Sanderson, an American fantasy fiction author, completed the series, which resulted in 14 novels besides a prequel book and two companion novels.

There are 2,782 named characters in the book series. Given the massive number, it is likely that many of the smaller characters may not appear in the TV show.

“Wheel of time” in the title refers to a time loop repeated in every generation and is centred on the Dragon and its adversary the Dark One. Spanning thousands of years, the story is about an eventual battle between the Dragon and the Dark One, which will determine the fate of the world in which The Wheel of Time is set.

In one such time loop, the Dark One corrupts the source of the magic of the good forces, resulting in the male magicians called Aes Sedai losing their minds.

The protagonist in the story is a young farm boy named Rand al’Thor, who has the power of the Aes Sedai.

Technically, the story seems to be set in a distant future, but the setting looks like a medieval European world because of the cyclic nature of time in the series.

The Wheel of Time cast

British actress Rosamund Pike plays the central character of an Aes Sedai named Moiraine Damodred. As described in the synopsis and books, Moiraine is the guide and mentor to the younger band of followers who join her in the journey of the world as depicted in the series.

The other main characters include Josha Stradowski as Rand Al’Thor, Marcus Rutherford as Perrin Aybara, Zoë Robins as Nynaeve and Madeleine Madden as Egwene Al’Vere.

The role of Mat Cauthon is essayed by Barney Harris in the first season of the series and by Dónal Finn of The Witcher fame in season 2. According to Deadline, which reported the recasting, the reason behind the change is unclear.

Other major names in the cast are Michael McElhatton, who played Roose Bolton in Game of Thrones (2011-19), plays Tam Al’Thor; Daniel Henney, the voice of Tadashi Hamada in Big Hero 6 (2014), is al’Lan Mandragoran, and Spanish actor Álvaro Morte, renowned worldwide as The Professor from the Netflix series Money Heist, plays Logain Ablar.

Number of episodes in ‘The Wheel of Time’ season 1

There will be eight episodes in season 1; six of which are titled, “Leavetaking”, “Shadow’s Waiting”, “A Place of Safety”, “The Dragon Reborn”, “Blood Calls Blood”, and “The Flame of Tar Valon”. The names of the last two episodes of season 1 are yet to be revealed.

The crew and makers

Episodes in the first season will be directed by Uta Briesewitz, Wayne Yip and Salli Richardson-Whitfield.

Cinesite, which was behind the VFX of multiple Marvel Cinematic Universe (MCU) movies, including Avengers: Endgame (2019), has worked on the visual effects of the series.

Will there be a season 2?

Yes, Amazon had already announced in May 2021 that there will be a second season.

Amazon Prime Video entertainment fantasy Rosamund Pike The Wheel of Time TV Series TV Shows
written by.
Manas Sen Gupta
Manas enjoys reading detective fiction and writing about anything that interests him. When not doing either of the two, he checks Instagram for the latest posts by travellers. Winter is his favourite season and he can happily eat a bowl of noodles any time of the day.
Travel Food Culture entertainment