Our brands
Homepage > Culture > Living > Do You Like Having Deep Conversations With Strangers? New Research Says You’re Not Alone 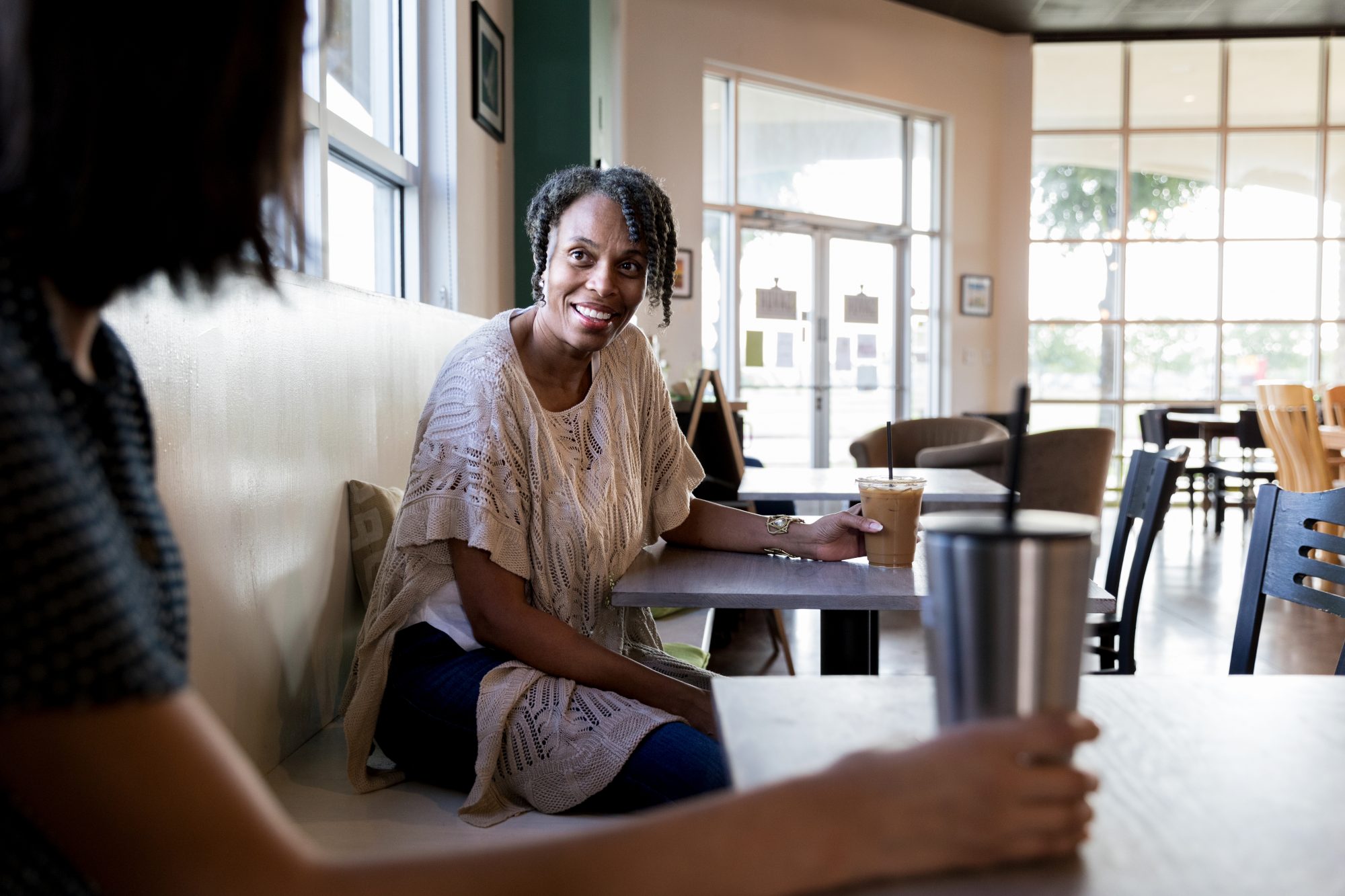 Do You Like Having Deep Conversations With Strangers? New Research Says You’re Not Alone

Most of us turn to close friends and family to talk about what’s on our minds, but according to new research, connecting with strangers can be extremely meaningful, too. A recent study published by the American Psychological Association noted that people often engage only in small talk with strangers; this makes sense since it’s hard to know if they’ll have an interest in your life or if the conversation will just seem awkward, but we shouldn’t shy away from deeper chats, the researchers explain.

“Connecting with others in meaningful ways tends to make people happier, and yet people also seem reluctant to engage in deeper and more meaningful conversation,” said Nicholas Epley, PhD, a professor of behavioural science at the University of Chicago Booth School of Business and the co-author of the study published in the Journal of Personality and Social Psychology. “This struck us as an interesting social paradox: If connecting with others in deep and meaningful ways increases well-being, then why aren’t people doing it more often in daily life?”

How To Know If You Might Be In A Narcissistic Relationship

The Time To Be Happy Is Now: Why Club Med Should Be Your Next Vacation Spot

The researchers conducted 12 experiments with over 1,800 study volunteers to find out just how important deep conversations with strangers can be. The team asked pairs of strangers to speak about deep or shallow subject matter. Shallow questions included: “What is the best TV show you’ve seen in the last month? Tell your partner about it” or “What do you think about the weather today?” Deep questions included: “Can you describe a time you cried in front of another person?” or “If a crystal ball could tell you the truth about yourself, your life, your future, or anything else, what would you want to know?” People also shared their own deep or shallow talking points in other experiments. Before any conversation took place, though, participants had to predict how awkward they thought the conversations would end up being, how they thought they would feel about the connection with their conversation partner, and if they thought the conversation itself would be enjoyable. Then after the experiment, they rated how they felt about those points.

They concluded their study by examining if changing the participants’ expectations about the conversation would help them open up. In one experiment, they told the volunteers that they would be speaking with a caring person or that they stated that they would speak to someone who was uninterested in the conversation. People engaged in deep conversations with those who they thought were more interested. The team also told participants in other situations about the experiments when people underestimated the connection they would have to their partner and the conversation. As a result, they were also more open to the experience. “Our participants’ expectations about deeper conversations were not woefully misguided, but they were reliably miscalibrated in a way that could keep people from engaging a little more deeply with others in their daily lives,” said Epley. “As the pandemic wanes and we all get back to talking with each other again, being aware that others also like meaningful conversation might lead you to spend less time in small talk and have more pleasant interactions as a result.”

SweetDream Malaysia Wants You To Swim Well To Sleep Well

In China, Criticism Of ‘996’ Culture Grows As Employees Share Work Details On GitHub