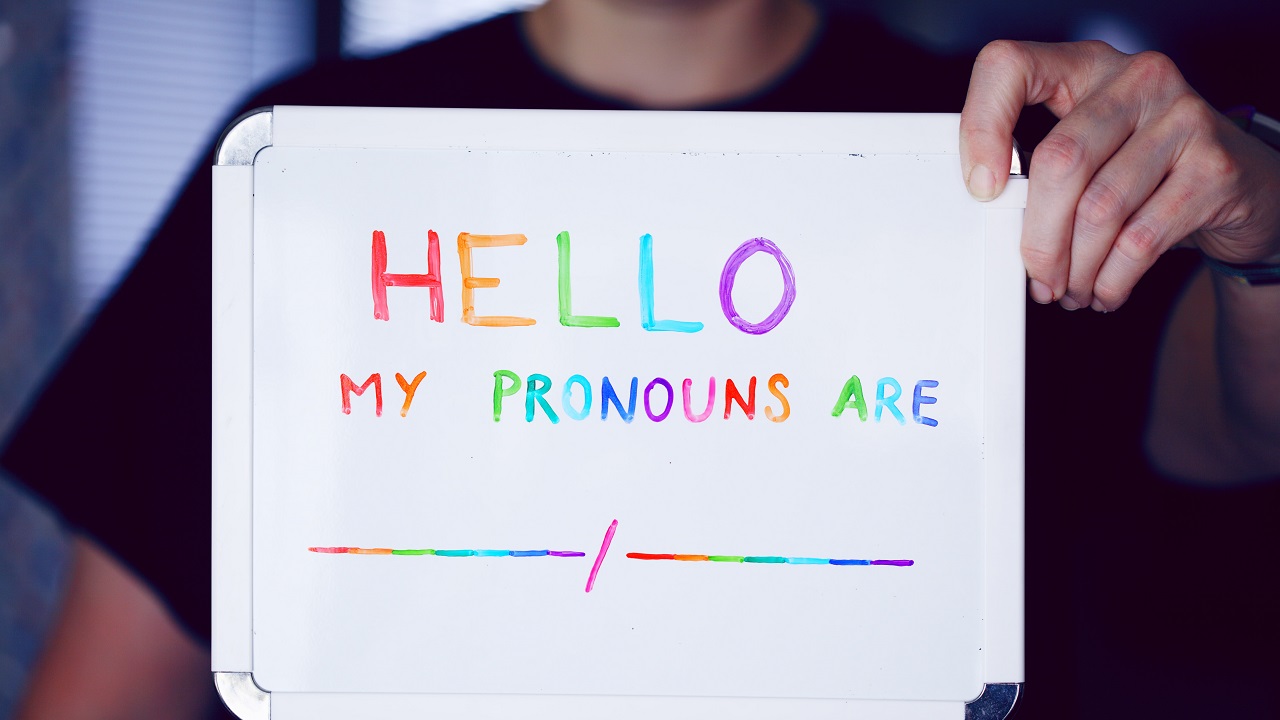 One of the good things happening around the world is that LGBTQIA+ people are gradually taking their rightful place in society. Moreover, the community is reforming the world into a better, inclusive, peaceful and loving place to live in. In this light, it is important to know LGBTQIA+ terms to understand and connect with the community better.

People who identify themselves as anyone other than “male” or “female” and those who find themselves attracted to a sex are integral members of LGBTQIA+. For centuries, they have been facing discrimination in many societies around the world. But thanks to the emphasis on inclusive education and human rights, there have been some successes for queer people. However, there is a long way to go.

Additionally, knowing the appropriate vocabulary connected to the community and the meanings of certain terms is a necessary step towards inclusivity. One must note that the words are fairly new and evolving. This is why some terms might appear overlapping or confusing. There is also a lack of universal agreement over the definitions.

The concept of gender and sexuality can differ among cultures and thus, the terms used in those cultures can also be different. The terms are sensitively created and largely Western-centric. The best way to know them, their meanings and usage in a language is to ask a member of the LGBTQIA+ community who is a native speaker of the language.

Here is a list of some of the important terms and their definitions as a helpful guide to hold a proper conversation while respecting the sentiments of an LGBTQIA+ member.

The initialism stands for “lesbian, gay, bisexual, transgender, queer, intersex and asexual/aromantic/agender”. Q can also mean “questioning”, which stands for people who are not sure of their sexual identity. Many often mention the term as LGBTQ+, LGBTQIA+, LGBT+, LGBT* and LGBTx — where “+”, “*” and “x” indicate the inclusion of other gender identities.

A lesbian is a woman who is attracted to other women romantically, sexually or emotionally. According to the Human Rights Campaign (HRC), non-binary people can also use this term to describe their preferences.

According to HRC, the term is sometimes interchangeably used with pansexual. It is used to describe a person who has a romantic, sexual or emotional attraction towards more than one gender, sex or identity.

As per this gender identity, a person identifies oneself as a gender different from the one that was assigned (female or male) to them at birth. Transgender is, therefore, an umbrella term that can apply to people of any sexual orientation.

Queer is another umbrella term, which is used by people to refer to any of the numerous identities that are part of the entire LGBTQIA+ spectrum. So, queer is used to differentiate oneself from mainstream binary identities imposed by society. Previously used as a slur, many members of the queer movement began using it as a non-pejorative term since the mid-20th century.

Intersex people are those born with sex traits and anatomy that cannot be defined as male or female. Differences could be in genitals, chromosomes and internal sex organs.

However, a person who is intersex is not “hermaphrodite”. According to the Intersex Society of North America, “the words ‘hermaphrodite’ and ‘pseudohermaphrodite’ are stigmatising and misleading words.”

An asexual, by definition, is someone who has either partial or complete disinterest in sexual activity with others. Since sexuality is seen as a spectrum, asexual people may experience sexual attraction to varying degrees.

Different from asexual, aromatic persons have either no romantic attraction towards others or have only little feelings.

Identifying oneself as any of the genders, including the one assigned at birth, is gender identity. This is basically self-identification with the gender of one’s choice.

Expression of gender identity through behaviour and actions is called gender expression. These can include voice, clothes and even the colour of hair.

Simply known as “binary”, this is the societally imposed classification of gender as only male and female. Those who identify as binary follow their assigned sex.

People who do not identify as men or women are non-binary. Similar terms are genderqueer and gender-fluid. Binary, on the other hand, comprises two genders — male or female.

When trying to define those who are flexible with their identity or are still trying to understand which one they fit into, the term gender-expansive is used. It includes anyone who considers themselves as between genders. They can identify as either of the binaries, a mix of genders, or have no gender.

A person who shifts between genders is gender-fluid. In other words, they do not identify with a fixed gender. The best example of this is the shape-shifting character of Loki from Marvel Cinematic Universe (MCU).

The often stereotypical and regressive behaviours that are associated with specific genders is understood as a gender role. Traditionally assigned gender roles categorise men as “masculine”, who are expected to be bold, aggressive and strong, and women as “feminine”, exhibiting a softer and nurturing nature.

Like queer, genderqueer is an umbrella term but refers to gender identity only. This includes people who do not associate themselves with gender binary but identify themselves as both male and female, neither male nor female, or a mix of both.

People who do not identify themselves according to the traditional gender expressions or whose identity doesn’t conform to any category. It is an umbrella term for non-binary genders. However, it can be derogatory for those identifying as such and might prefer terms such as gender-fluid, genderqueer and gender expansive.

Anyone who identifies with the gender they are assigned at birth — male, female or intersex — is a cisgender. “Cis” is Latin for “on the same side as” while “trans” means “on a different side as”.

Those who do not identify with any gender are agender. However, agender should not be confused with non-binary, as the latter does associate with a gender identity.

Gender dysphoria is the psychological distress caused when someone identifies with a gender that is different from the one they were assigned at birth. The intensity of dysphoria can vary among trans people who experience it.

The Diagnostic and Statistical Manual of Mental Disorders lists it as a diagnosis, which has led to a debate with some questioning its appropriateness while others calling it necessary for accessibility of medical treatment for transgender people.

While coming out is the process of a person revealing oneself to the world, outing is when their gender identity and sexual orientation is revealed without their permission by someone else. This can be seen as an assault on the privacy of a person who falls in the LGBTQIA+ spectrum, which can have serious repercussions on their professional and personal lives, including their safety.

Members of the LGBTQIA+ community who have not yet come out are called closeted.

When a transgender person opts for methods to live as their true gender, the process is called transitioning. This includes medical, social and legal transition, such as changing one’s name and sex legally and undergoing gender-affirming surgeries.

Drag kings and drag queens can also be straight and cisgender, who dress as males and females and perform in their respective roles as a form of art. Generally, men are called drag queens when they perform in completely feminine attire while women are labelled drag kings for dressing in masculine attire. But changing times now mean that women can be called drag queens, men can perform as drag kings, and there are trans men kings as well as non-binary kings.

An androgynous person displays both masculine and feminine characteristics, which makes it difficult to distinguish their gender. The expression can be through gender identity, sexual orientation and sex.

Heteronormativity is a culturally imposed bias that assumes someone is straight.

Any expression of hatred, fear, discrimination or prejudice towards those who are members of the LGBTQIA+ community is defined as homophobia. It can, however, be reduced with knowledge and awareness about LGBTQIA+ people.

Expressions of hate towards bisexual people is biphobia. Similar expressions towards trans people are transphobia.

Pronouns are a way by which people can help others address their gender identities correctly. Common pronouns include she/her, he/him and they/them. A set of gender-neutral pronouns are called neopronouns. These include xe/xem, ze/zir and fae/faer.

Manas Sen Gupta enjoys reading detective fiction and writing about anything that interests him. When not doing either of the two, he checks Instagram for the latest posts by travellers. Winter is his favourite season and he can happily eat a bowl of noodles any time of the day.