Homepage > Uncategorized > What Does It Mean To Be Aromantic? 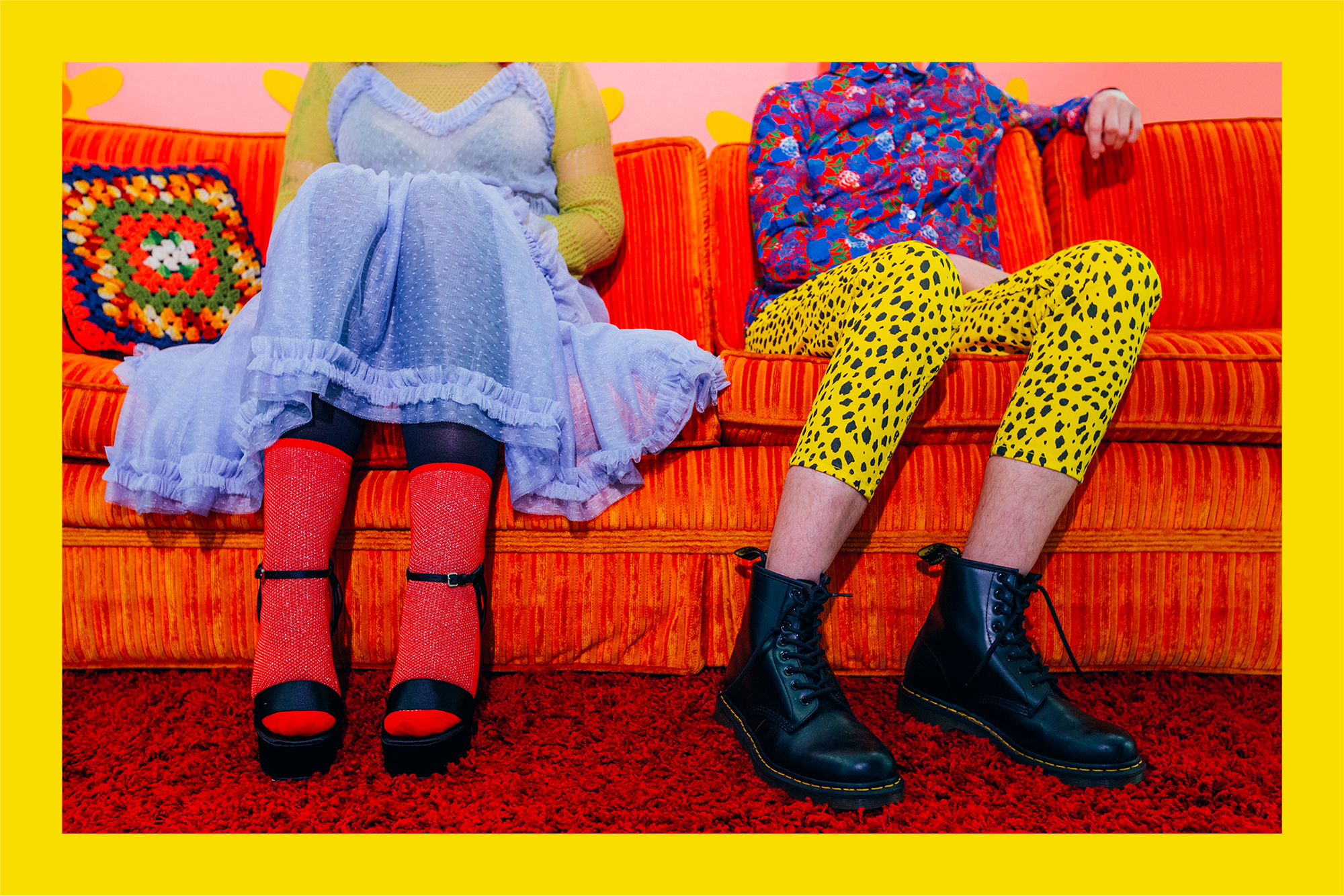 What Does It Mean To Be Aromantic?

With popular shows like Sex Education and BoJack Horseman all featuring main characters who are asexual, odds are you have some idea of what asexual means. But do you know what aromantic means? Spoiler alert: the two terms are not synonymous. At its most distilled, aromantic is a term used to define a lack of regular romantic attraction — but there’s a lot more to it than that.

Read on as sexuality educators and professionals break down the exact definition of aromantic, as well as offer an explanation of how aromanticism differs from asexuality, and how to know if you might be on the aromantic spectrum. Let’s dive in.

What Is Aromantic, Exactly?

Someone who is aromantic is someone who identifies as having very little or no interest, desire, or experience of romantic attraction to other people, explains Jesse Kahn, LCSW, CST, director and sex therapist at The Gender & Sexuality Therapy Center in NYC.

Aromanticism exists on a spectrum, meaning people who are aromantic can all have different experiences of being aromantic, explains Kahn. (Being on the aromantic spectrum is sometimes referred to as being “arospec.”)

“The most important thing to know about all of the identity vocabulary (aromantic included) is that they’re words that explain, in one or a few words, how someone relates to others,” says Painter-Edington. “But all living things are complex, and relate to their environments in their own ways, including the other people or creatures in that environment.” Translation: The definition and identity of aromantic differs from person to person, so to know exactly what aromantic definition someone is relying on when they say they’re aromantic, you’d have to ask.

Romantic attraction is typically marked by the desire to know someone on a deep emotional level, to fall in mutual love with, to engage in platonic physical touch (hug, cuddle, back rub, etc.) with them, and to spend free time with. In essence, it’s the kind of attraction that usually leads people to couple (or triad!) up. Sexual attraction, on the other hand, is the type of attraction that makes someone desire sexual contact with or shows sexual interest in another person(s).

Orientations describe an ongoing pattern of sexual or romantic attraction. Romantic orientation describes with whom you want to date, create romantic relationships with, fall in love with, have crushes on, and feel emotionally attracted to, says Painter-Edington. On the other hand, “sexual orientation names the genders you’re sexually attracted to, feel desire for, and want to engage in sexual experiences with, if any,” she says.

Though they might feel similar, they’re different, and acknowledging that is important. Dissolving these two separate kinds of attraction into one another ignores the fact that can someone can feel romantic attraction to a different set of genders than those they feel sexual attraction to, says Kahn. Bluntly, it’s a massive dumbing down of the human experience.

“Yes, a lot of times romantic and sexual orientations are correlated — for example, a bisexual person is likely also biromantic — but it’s not always the case,” Tara Suwinyattichaiporn, PhD, professor of sexual communication at California State University, Fullerton and relationship coach at Luvbites.co. (When romantic attraction and sexual attraction do not align, this is known as being cross-oriented or mix-oriented, she says.)

The two terms are not synonymous, but they can be aligned, says Painter-Edington.

In some instances, someone who is aromantic is also asexual, meaning they have a desire for neither romantic nor sexual entanglements. But this is important (!), folks who are both aromantic and asexual can still have the capacity for deep relationships, says Painter-Edington. “They might build a relationship based on spiritual intimacy, for example,” she says. “Or, their whole friend group might function as their primary partner. Or they might find relational satisfaction with an online community, or your gaming group.”

Worth mentioning: Someone who is aromantic (or aromantic and asexual) can still choose to be in a relationship, she says. Or, to have a nesting partner, primary partner, or companion partner (or partners) who function in life the same way a romantic partner might. (After all, there’s a lot of inherent privilege that comes with being in a couple.)

“The more liberated we can feel in our approach to each other, the more free, rewarding, and diverse our relationships get to be,” says Painter-Edington. “This language and these words are our colour palette, and what we make with them can be as diverse and beautiful as all of the art in the world.” *Wipes tear*.

How Common Is Aromanticism?

Research is super limited, but approximately 4 percent of people are aromantic, according to the 2019 Ace Community Census. But we should take that number with a grain of salt, says Suwinyattichaiporn. The sample size is rather small (about 10,000 respondents) and researchers primarily worked to get respondents by reaching out to asexuality and LGBTQ+-themed spaces, which have a disproportionate percentage of aromantic and asexual individuals compared to the general population.

Unfortunately, targeting this kind of survey to the general population could also garner skewed info, likely, greatly low-balling the number. After all, there isn’t a wide-spread enough understanding of what aromanticism means to properly gather data, says Painter-Edington.

“All in all, there’s not enough data to conclude the number of aromantic people in the world,” says Suwinyattichaiporn.

1. You feel excited about this new language.

Damn! There is no better feeling than learning a new identifier that just ~fits~. Did you get the warm fuzzies learning the meaning of aromantic? Did you feel like you were looking into a magic 8-ball about your own experiences? Did you get an aha light bulb moment? Then, you could be aromantic.

2. Your romantic history suggests you’re not interested in romance.

Of course, just as your sexual orientation and gender can evolve over time, so can your romantic orientation, says Painter-Edington. Meaning, having had a romantic bond in the past does not disqualify you from being aromantic now or later in life. (And likewise, identifying as aromantic now shouldn’t keep you from exploring a future romantic dynamic, should those feelings arise.)

3. You can’t relate to peoples’ (or characters’!) romantic desires.

Sure, you might not like your bestie’s boo. But being aromantic goes deeper than that — this sign is about feeling alienated by the concept of romance altogether. It’s common for people who are aromantic to feel confused by the kind of crushes their pals have, as well as the kind of love outlined on screen, according to Suwinyattichaiporn.

Spend some time thinking about the way you feel hearing about your friends’ lovers. Can you feel in your body the same kind of butterflies they described? Can you remember ever feeling or having a desire to feel a similar level of intoxicating care?

Next, try to remember how you felt watching iconic romance movies like The Titanic and Dear John. Were you emotional watching these films? If so, was it because you empathise with the characters? Or, because the thought of that kind of love-then-lose happening to you is both imaginable and soul-crushing? If you weren’t emotional watching these clips, become curious about why! Were they simply not your cinematic cup of tea? Or, do you find the kind of love shown downright mind-blowing?

4. Your want your future to prioritise other kinds of care.

Grab your journal, fam! It’s time to think through what you actually want your future to look like! This is an exercise in creativity and honesty. So, don’t be afraid to think beyond the kinds of futures you see around you. Some questions to ask yourself:

No matter your answers, know that that future is a real possibility! “The beautiful thing about relationships — and all of this newer language that helps us communicate our wants — is that we get to create and define relationships in more innovative and personal ways,” says Painter-Edington. And that stands for aromantics and romantics alike.

What Does It Mean To Be Emotionally Unavailable?

How To Define Emotional Cheating Or Emotional Infidelity In Your Relationship

Gift Hampers To Get For This Year Of The Tiger, Chinese New Year 2022