Our brands
Homepage > Culture > Living > What Is Misgendering? Here’s Why It’s Harmful And How To Apologise If You Do It 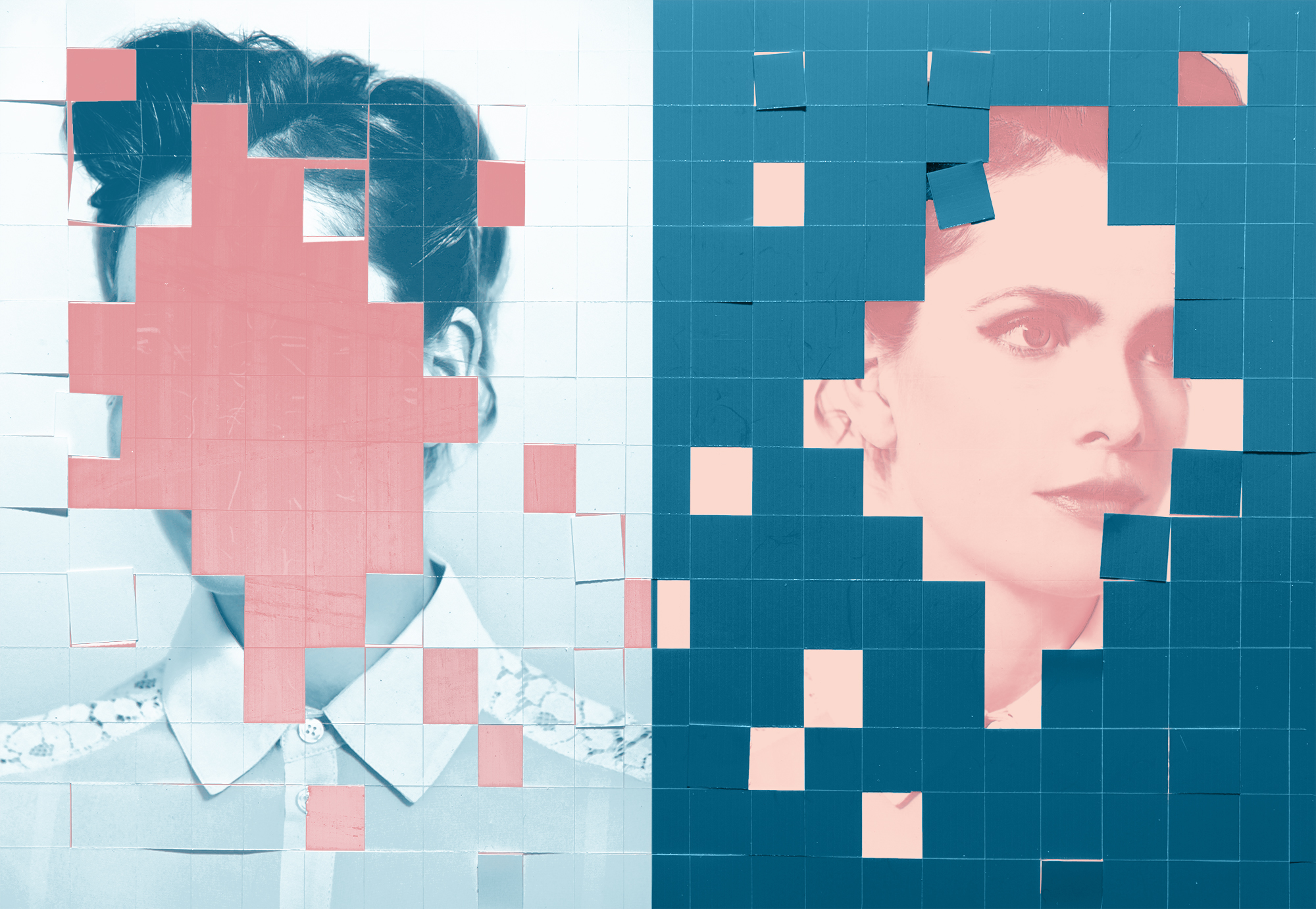 As a nonbinary, transmasculine person, I have accepted that my existence looks to be a complicated one to most of the world. Oftentimes, I feel like a million different versions of myself, each one retrofitted to suit how much whoever I’m facing and how much they know about transness. This kind of constant calibration is exhausting, but it’s an act of preservation. When misgendering happens, it comes with a similar rush of awkwardness to any other social faux pas, but also has the power to sink even deeper down into my self-concept.

Given that the population of the United States is increasingly identifying as LGBTQ+, it’s become increasingly important to educate yourself on how to respect LGBTQ+ people in your life. That includes being aware of issues affecting transgender and nonbinary people, like misgendering. But what exactly does that mean? Read on to learn about this term, why misgendering someone is harmful, and how to apologise when it happens.

What Does Polysexual Mean?

What Exactly Is Toxic Masculinity, And How Can You Deal With It?

Misgendering is “[the use of] the wrong gender signifiers to refer to someone,” Zil Goldstein (she/her), FNP-BC, Associate Medical Director for TGNB Health at Callen-Lorde, tells Health. “If you think about all the ways we create our genders, there are lots of different ways it can happen.”

As Goldstein says, misgendering is not limited to pronouns, but much of gendered language: honorifics (like Mr., or Ms.), familial roles (like son, daughter, uncle, aunt, niece, nephew), and other relations (like husband, wife, lady, guy, sir, ma’am). According to the National Center for Transgender Equality’s 2015 report, almost half (46%) of transgender people surveyed had faced verbal harassment for being transgender. Additionally, 33% of transgender people surveyed indicated they had had at least one negative experience related to being trans.

Why is it harmful to misgender someone?

When misgendering does happen, intentionally or unintentionally, Goldstein explains that it is an awful experience for trans, nonbinary, and gender-nonconforming people. “When I’m explaining it to people, I like to say it’s like being slapped on the cheek. If it happens once or twice, it stings for a moment, but then you feel better. But if you’re getting slapped multiple times a day from multiple people, sometimes with random people coming up to you on the street and slapping you in the face, it’s going to get more painful and more upsetting as time goes on,” she says.

Goldstein points out that those who are being misgendered often blame themselves. In turn, this makes their freedom to self-express even more limited. “[Misgendering] makes it really hard to go about your day if you’re constantly on guard,” she says. Because misgendering happens in a moment, a person may not have time to process fully. “You still have to go about your day, do your job, see your friends, and provide for yourself,” she explains, acknowledging how hard this can be.

A wealth of research has established that minority groups face increased stress, driven by the conflict between existing outside typical societal norms and values and the social implications that status holds. Specific research on misgendering links feelings of stigmatisation and perceived frequency of misgendering to that psychological distress.

Katie Liederman (she/her), a psychotherapist at The Institute of Human Identity, echoes what the minority stress model research puts forth, explaining that “feeling unseen or fundamentally misunderstood is a painful experience for most people, both cis and trans. It can make people feel alone and devalued, and misgendering often inspires those feelings. That said, it affects people to varying degrees. For some, it is deeply hurtful and discombobulating, for others it is merely irritating or mildly unpleasant.”

How do you ask someone their pronouns respectfully?

No matter who you are, you can play a part in reducing this kind of stress. Making pronouns part of everyday social rituals of introduction helps to normalise the practice instead of reserving it, pointedly, for trans, nonbinary, and gender-nonconforming people. Before you ask, you can do some easy research: check company directories, email signatures, social media (many platforms, like Instagram and Slack, allow you to add pronouns to your profile). If these practices do not exist in the spaces you occupy, find ways to establish them!

If you cannot find reference to someone’s pronouns, it is okay to ask in a low-impact way. Goldstein’s template goes, “I want to make sure I’m using the right pronouns. My pronouns are ‘she’ and ‘her.’ What pronouns do you use?” An ask from the get-go is the key to getting it right in the future. As the person doing the asking, you will have a very intentional experience to reflect back on as you come to consider and refer to the person moving forward.

As you navigate the right way to approach someone, be careful about the language you use. “Don’t say or ask about someone’s ‘preferred’ pronouns. It’s just a person’s pronouns,” explains Liederman. Further, passive language like “identifies as” isn’t necessary, as it semantically insinuates a disconnect from a person’s state of being rather than the hard truth of who they are.

What do you do if you have misgendered someone?

In a moment when you might have misgendered someone, you may experience a rush of your own emotions. Goldstein’s advice is simple: “Apologise. Be nice. Don’t make excuses. But make sure you address the needs of the person. Don’t make it about you. Don’t tell them you feel bad. Make sure they’re okay and carry on with what you were doing.” However, it’s also important to note that dwelling too much on an instance of misgendering can also add insult to injury.

Goldstein urges anyone who has misgendered someone to ask themselves whether they’re in a position to make the situation better in other ways that might be meaningful. “Give them a discount if you’re doing work for them. Give them hazard pay if they work for you. Ask if there is something to make their life easier after making it hard.” The threat signalled by an instance of misgendering can be a red flag for the possibility of physical violence or further pain, so Goldstein urges that you ensure the misgendered person feels safe and supported.

Liederman offers similar advice to prevent centring yourself. “Correct yourself and keep it moving,” she says, recommending that “big, dramatic apologies about how badly you have messed up” are not advisable, and ultimately, they “draw the moment out.” She says a good apology is concise and simple, retelling an experience that a client had: “A few years ago a transmasculine client of mine described an instance in which a coworker misgendered him, and then attempted to correct herself by giving a long speech about how much she respects trans people, and how handsome he was. Obviously, that was embarrassing and awkward; don’t do that. Don’t be defensive or performative about your allyship or lapse into weird sycophancy to try to ameliorate the situation; it’s not about you.”

Many cis and gender-conforming people feel entitled to their opinions and attachments around nonconformity despite those experiences not being their own. “People need to let go of their attachment to how ‘hard’ it can be to use the right pronoun for someone,” explains Leiderman. She recommends using someone’s name directly — at least at first — if referential language is tough to get used to. Committing to non-gendered language as a default — like child, sibling, spouse, partner, Mx.—can be an effective strategy, so practice using they and them pronouns and other neutral terms when you can. Taking simple, thoughtful steps like these to reduce the harm to trans and nonbinary people goes a long way.

This story first appeared on www.health.com

Health and the Health Logo are registered trademarks of Health Media Ventures, Inc. Used under License.