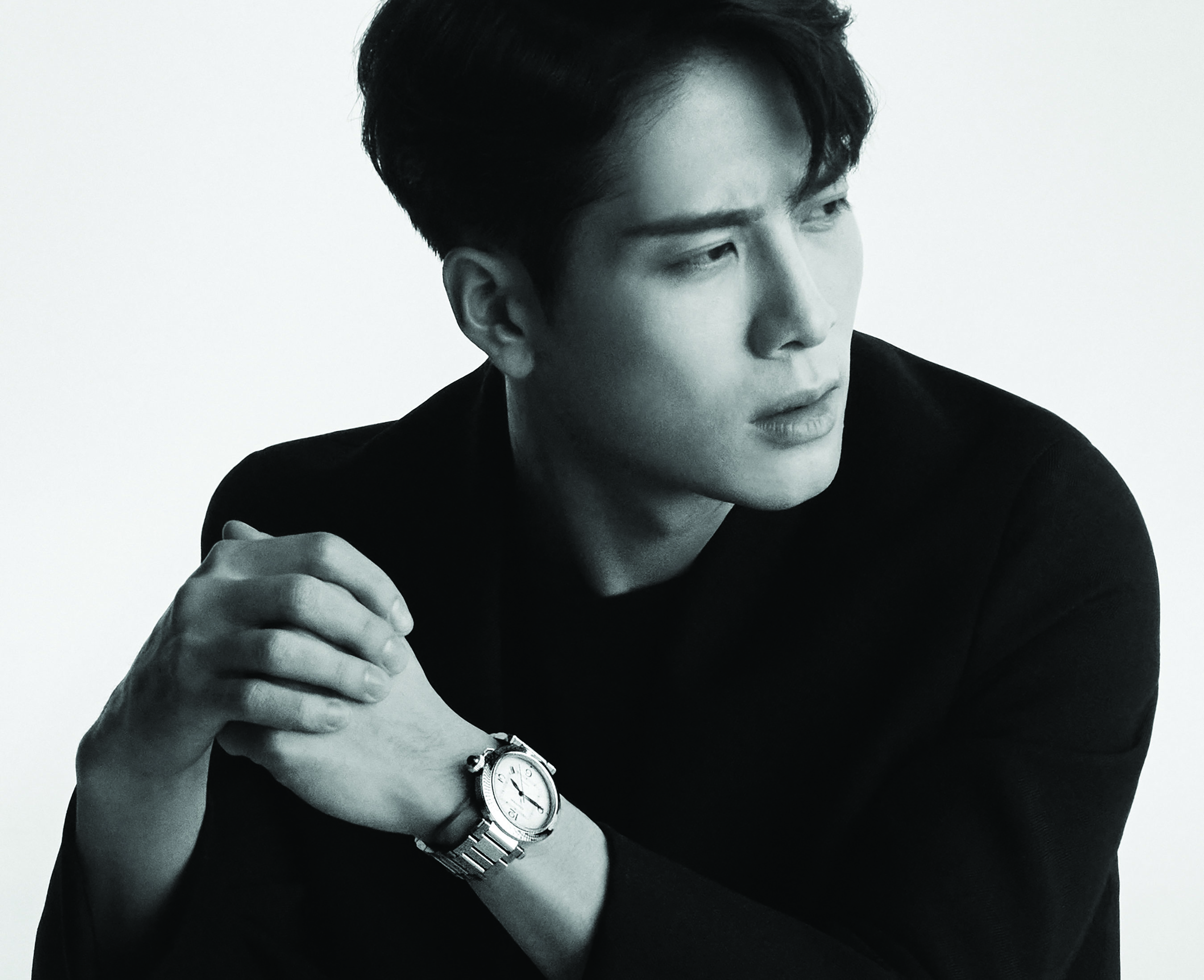 Jackson Wang On Choosing K-Pop Over The Olympics

At 26, Jackson Wang has a pretty incredible resume. Born in Hong Kong, and before he achieved fame as a K-Pop star, as a member of GOT7, Jackson was a professional fencer gearing up for the 2012 Summer Olympics in London.

But when he was approached by Korean talent management company, JYP, to audition for a group they were putting together. It is not something you would expect a future Olympian to consider but on a whim, Jackson decided “why not?” turning down a scholarship to Stanford in the process.

“I told myself, ‘Why not just give it a try? I have nothing to lose,’” he is quoted as saying in previous interviews.

Taking that approach has worked out well for him. Jackson has always had a clear goal – “to make history.” While he chose not to do it in the sporting arena, he may well be on his way to achieving it in numerous other areas. He is now a solo artist, TV star and designer with a fashionable reputation that has a legion of loyal followers. At last count, he had 18.4 million followers on Instagram; 23.2 million fans on Weibo; 10.3 million followers on Tik Tok; 1.4 million followers on Twitter and 2.09 million subscribers on You Tube. Jackson has also delved into entrepreneurship, setting up his own label “TEAMWANG” in 2017. In fact, he attributes this as being his biggest achievement to date.

“I always had this idea in mind,” he says, referring to the start of his career. “I kept looking for opportunities when things didn’t work out. After debuting, I seized every chance I had on camera, only because there weren’t a lot of chances for me. Chance never waits,” he says, adding he is someone who is always prepared for a fight.

Success, he says, is relative. He adds that there is still much for him to achieve like holding a concert at Beijing National Stadium, to make it to the Billboard Hot 100 and his latest venture as a designer. But for how, the fact that his music appeals to millions is what matters.

“My music represents my attitude, no matter the lyrics or the music video. I hope I can convey my thinking to everyone. I believe you will understand it as soon as you listen to my music,” he explains. “Of course, my ideas are growing along with me, therefore I want to show a more real Jackson through my music in the future.”

The musician is known for having empowering themes in his music. A responsibility he believes he has by virtue of being an influencer. But he also believes that his young fans also have to take responsibility for themselves as well.

“If they start to figure out how to know themselves better after hearing my words, then I think my words are meaningful.”

Digital advancements, he says, have accorded his generations more opportunities but he also says that young people today are more bold and are therefore willing to seek out opportunities for themselves.” It is apt then that Jackson goes by the motto, “stay hungry.”

But despite his determined spirit, Jackson has also earned a reputation of being an especially caring individual who is always engaging in acts of service. It is this stellar reputation that resulted in him being of five artistes to have been selected by Cartier to showcase the Pasha watch, a timepiece that has always appealed to those who have “a wider view of the world.” Jackson joins Rami Malek, Troye Sivan, Willow Smith and Miasie Williams. Jackson was included as being someone who “unites and connects young people.”

“When my agent texted me about this, I was thrilled,” he says. “I didn’t expect to collaborate with the brand I admired when I was little. I really appreciate this opportunity and hope I can do my best to convey the Cartier philosophy. Pasha and Team Wang, they share the same values – adventure and growth. I hope more and more people will make their own path after seeing this campaign.”

Excerpts on the collaboration between Jackson Wang and Cartier are listed below:
Do you have a personal story to tell that is linked to the Maison Cartier?

The Cartier brand has been known to me ever since I was a little kid. At that time, I only saw other people wearing it, I feel really happy and grateful to become a friends of the Maison today.

We are surrounded by devices that tell time, why do you choose to wear a watch? What does it represent to you?
For me, a timepiece is not only a machine but also a companion to sort out my personal time. I put my feelings into a timepiece and pay attention to its maintenance and preservation. I would also pick the right timepieces for my family and friends as gifts to remind them of me.

How would you describe the Pasha watch you are wearing?
Bold, direct expression. This is the timepiece I love.

Do you have a special memory about somebody wearing a Pasha watch?
This is a timepiece of elegance and calmness. I believe every confident young man should wear a Pasha of their own.