Tidy Up. Here Are Four Ways To Groom Your Nether Regions
StyleRead More
Mind Your Smiley: Emojis Are Read Differently Worldwide
CultureRead More
A Dog’s Life: How You May Have Miscalculated Your Dog’s Age
WellnessRead More
Watch The Dior Men’s Summer 2021 Collection Live
StyleRead More
Here's your ticket to incisive commentary and insights from the celebrity sphere. Sign up for our newsletter. 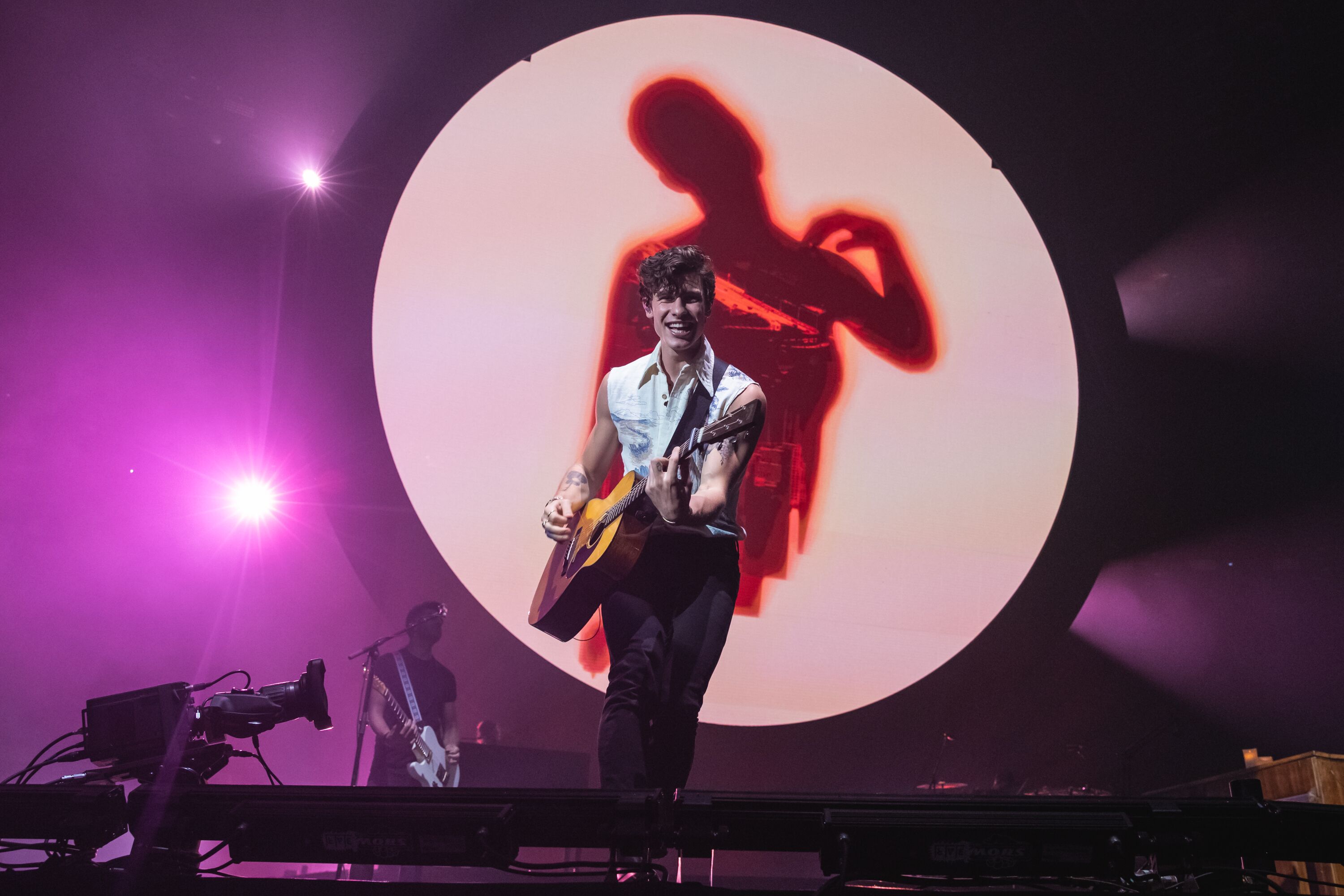 Canadian heartthrob Shawn Mendes was in Singapore last Saturday, as part of his ongoing self-titled world tour. And I was lucky enough to get a ticket to the concert. It certainly was memorable… in certain ways. To give some context, my music rotation consists mainly of rap, hard rock, heavy metal and select Kpop like BlackPink. Every now and then, one of six Shawn Mendes songs in my library somehow finds its way into my active playlist. This means I dove headfirst into the Canadian singer’s concert knowing only said six songs out of an approximately 20-song set list. And I don’t think I can be considered a member of the Mendes Army, as the singer’s fan base is called. 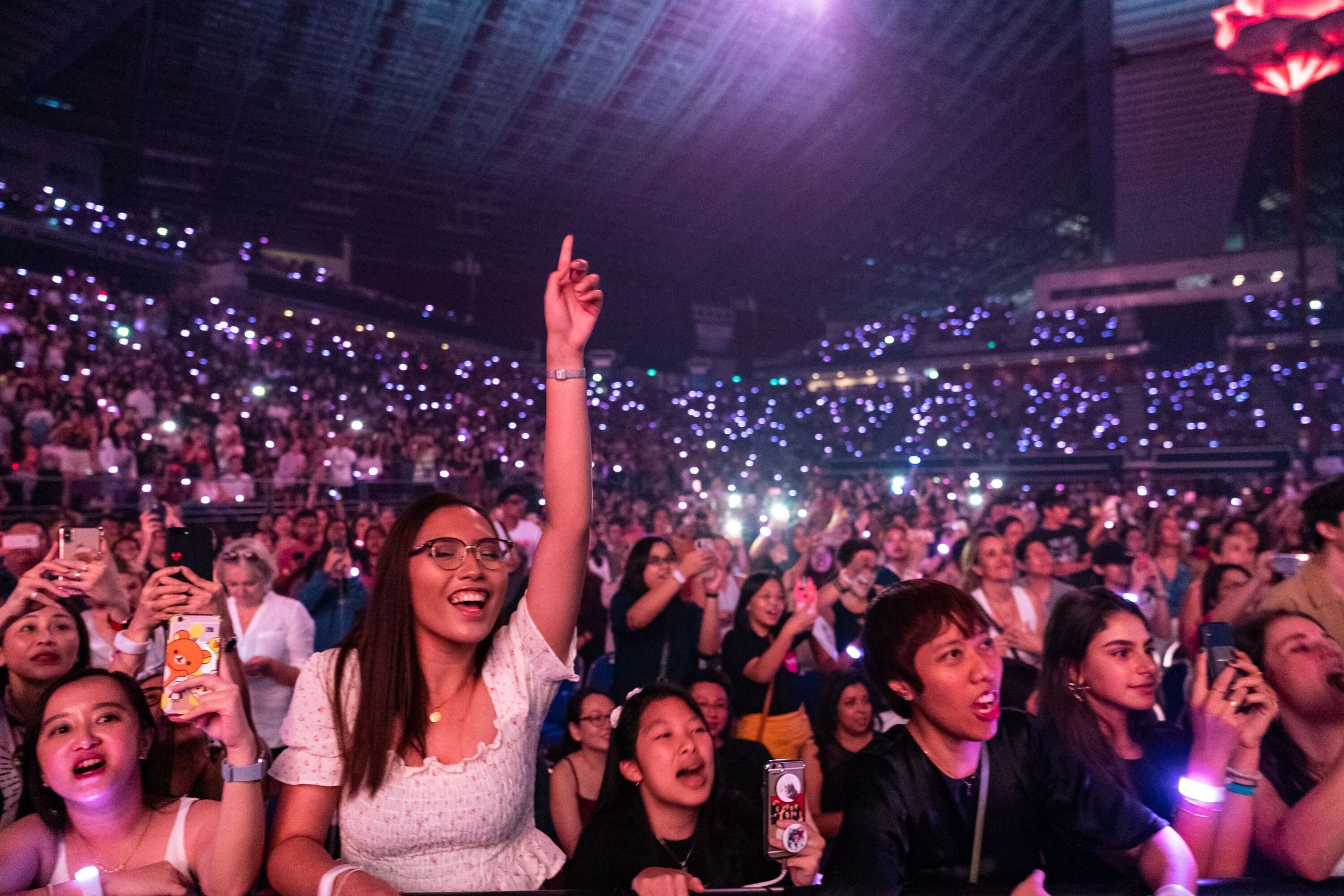 a night to remember

The concert at the Singapore Indoor Stadium was almost if not completely sold out as far as I could tell. Queues dominated by Shawn’s mostly female fans (for entry to the concert and for the chance to purchase merchandise) had already started three hours prior. I had no idea he was that popular, to be honest.

To be fair, I felt entertained throughout the approximately 105-minute performance. I wasn’t bored one bit, considering the circumstances. Shawn pulled out all the stops to give the audience a full display of his prowess on the guitar and piano while also showcasing his vocal abilities. From older hits like “There’s Nothing Holdin’ Me Back” and “Stitches” to more recent bangers such as “Lost in Japan” and “Like To Be You”, the singer belted out his songs with an unfaltering, charismatic energy to the deafening cheers of the predominantly female audience. Signs of fatigue from the singer, if any, were well masked. Shawn also succeeded in engaging the crowd. Throughout the performance, he was concerned about how the audience was doing. He asked them many times. What’s not to love about a caring guy? Other moments of the concert were interspersed by sing-along sessions during the choruses of several songs. At one point, the Canadian even flattered the audience by proclaiming that they were “the loudest crowd so far on this tour”. It’s an oft-repeated refrain by artists everywhere, but I can attest that there is truth to that. My ears were ringing long after the concert from the mega-decibel screams. there’s more to a concert than singing

Shawn’s individual performance aside, the production value for his concert was in my opinion, spectacular. Every member of the audience was given an electronic wristband upon entering the venue and as soon as the concert started, every wristband lit up in an explosion of lights. For every song Shawn sang, the wristbands would light up in a different colour and in differing frequencies which made for a unique concert experience. The entrancing visuals on-screen were nice to look at as well.

Before I knew it, it was 10pm and the final lines of “In My Blood” were being sung by Shawn. As his backing band played the final strains of the song, the singer blew an uncountable number of kisses to his ever-loyal fans much to their incessant whooping and cheering, signalling the end of yet another massively successful concert. I went into the concert not knowing much about Shawn Mendes or his songs. I left in awe of his vocal abilities and his prowess on the guitar. To tell you the truth, I’ll probably still not listen to his songs. Save for a select few, it’s just not the kind of music that I’m into. But, thanks to him, “Lost In Japan” has earned a spot in my library.

Culture
music
concert
Shawn Mendes
Singapore Indoor Stadium
Basil Sim
Basil is just a normal dude who religiously follows the footballing scene, video games and likes his cereals soggy. In most situations, he is usually a very good example of a bad example.
Talk to Me About: