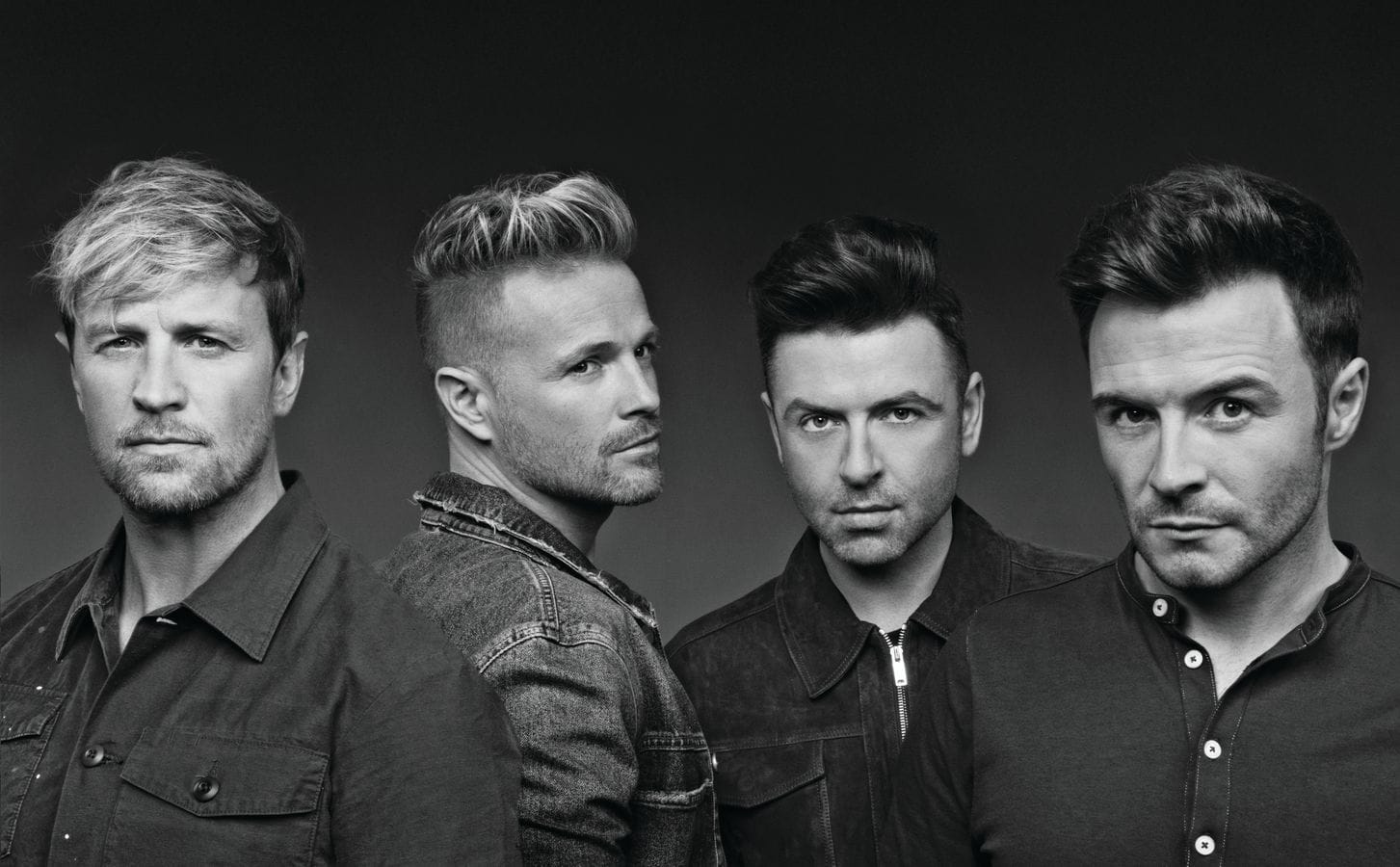 After 14 number 1’s and 20 years of hits, Irish pop sensation Westlife is back with The Twenty Tour. They were recently in Malaysia for a two night concert and we caught up with them in an interview with Universal Music Malaysia. The group’s lead singers Shane Filan and Mark Feehily share their excitement for the comeback tour and upcoming album.

How excited are you for this tour and what have you prepared for your audience?

Mark: I’m honestly very excited to get back out there as it has been a long time since we were all out there together. We’re going to have a big party on stage. Everyone is just so happy, we love it, the fans love it – it’s going to be amazing. As for the preparations, we are very much involved in the creative process of our concerts, as we have been previously. This is important to us because in the beginning, the record label had so much control over our music but we always had full control for our concerts. We sat down for hours and months to brainstorm. We are very involved with what we wear on stage, what the set list is going to be like, the lighting, the merchandise and more. I am a very creative person, so I love that creative process of putting together everything. It’s just going to be the best night of your life. It’s a dream come true so we really can’t wait.

Shane: There are things we couldn’t do years ago, without the technology that we have now. We are actually working with the same show producer for the Cirque du Soleil show in Las Vegas to put up a visually spectacular show for us. We’ve literally got the best guys working with us to produce an amazing show. It’s just spectacular and our music is part of the story.

“When we released Hello My Love we were so overwhelmed with joy by the reaction of this song. It’s a very happy song, its upbeat, and really represent how we feel with the direction of our music.”
Mark Feehily

Did you feel the pressure when you found out that the tickets sold out so quickly?

Mark: We appreciate it so much and we take this very seriously. Even if there are 10 people in the audience, we would put on 100% for them. The fans are everything to us. They make our career. They make Westlife successful, so we want them to leave the venue feeling mind blown from having the best time ever. We want them to be a little bit sweaty and their faces sore from smiling and singing all night. And we want them to be tired from having so much fun and be thinking about it for days afterwards.

“We were just genuinely happy to be back together. We talked about the things we’ve done in the past, all the stories we remember as individuals.”
Shane Filan

What do you remember about Malaysia?

Mark: I remember being 18 or 19 years old when we landed there for the first time. Everything was so hyped up and amazingly crazy. I’ll never forget it because we weren’t used to being famous even in our home country. Despite the different language and culture, they knew every song, even the name of my parents’ pet dog, my favourite colour! I will never forget that. Most importantly the concerts were amazing, it meant so much to us and the fans. That magic moment happens every time we perform.

With the 11th studio album coming out soon, can you share with us some details on the album’s direction or philosophy?

Mark: The album is called Spectrum. One of the main things we wanted to get across is that this comeback is more than just a couple of old guys who used to be a big band back in the 90s. We very much feel like a young and fresh band. Making new music is so important to us. It’s a part of our reunion, but we absolutely love the past. We are lucky to have had a catalogue of hits but it’s also about the future and the new direction of Westlife. To get that across visually, we injected colour in the album cover to make it colourful. We feel fresh, we don’t feel tired. We got so much more to give. It’s all original pop music written and produced by literally the best people in the world. Ed Sheeran is very involved and Steve Mac who produced Flying Without Wings and World of Our Own is involved as well. They are basically co-writing and co-producing our album. It’s all about fresh pop music, the vocals, melody and good production. When we released Hello My Love we were so overwhelmed with joy by the reaction of this song. It’s a very happy song, its upbeat, and really represent how we feel with the direction of our music. We can’t wait for the fans to hear the rest. It’s a good balance of ballads and tempo. Between now and when the album gets released in September we are going to release another single and can’t wait for fans to hear it.

“Even if there are 10 people in the audience, we would put on 100% for them. The fans are everything to us. “
Mark Feehily

How has social media made a difference for you?

Shane: It gave us the confidence because we were actually very nervous about the whole tour and didn’t know how people would react until we put it out there. The fact that we are doing two shows in Malaysia, is amazing and I feel that social media has helped a lot with that. It gets your music to your fans. It’s important for musicians to be able to interact with fans as quickly as possible.

What was it like to get back into the recording studio after so long?

Shane: It was very natural I think. We were just genuinely happy to be back together. We talked about the things we’ve done in the past, all the stories we remember as individuals. To be able to sit down and talk about was a nice moment and it was very natural for us too, it didn’t feel awkward at all. We haven’t sat in a room together for six years so that was a big day for all of us and we are so excited for the future of Westlife.