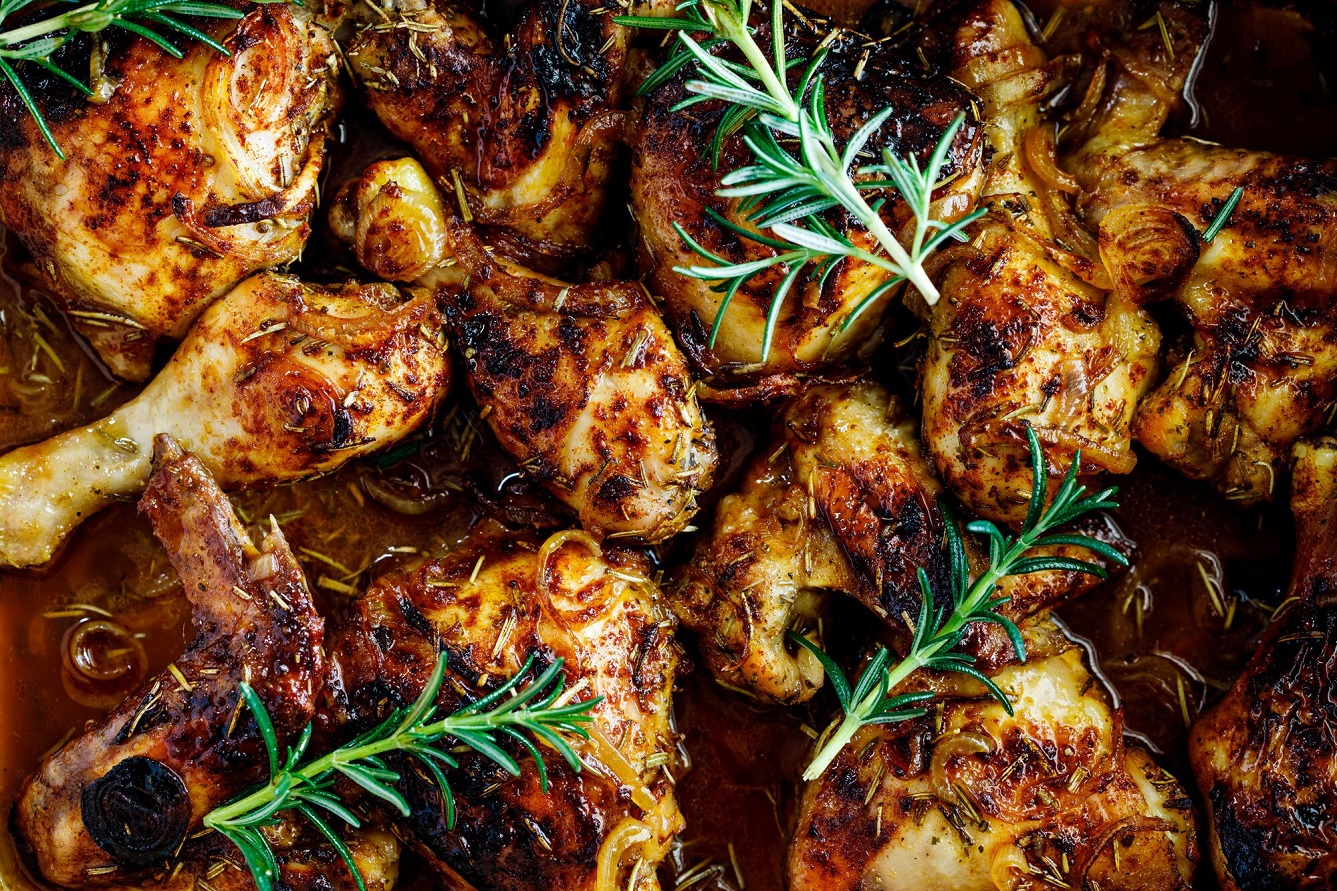 Pulling off a flavourful, hearty homemade meal is satisfying on its own. But when you have the perfect cocktail to accompany it? Even better. In an episode of F&W Cooks, Jocelyn Delk Adams — the chef and cookbook author behind Grandbaby Cakes — is preparing two recipes that make for what she calls “the most epic brunch ever” when paired with a generous helping of creamy grits. The first is a simple Grapefruit Vodka Soda, which combines grapefruit-infused vodka with grapefruit slices and club soda for a refreshing drink. It’s then served alongside her Auntie Rose’s ultra-tender Southern Savoury Baked Chicken, which gets tons of flavour from a spice rub, paprika, and more. While both recipes require a little patience, the end results are well worth it.

Read on for Delk Adams’ step-by-step method so you can make this meal at home.

Related: 7 Places To Get Your Korean Fried Chicken Fix In Klang Valley

Related: What Are Reverse Cocktails And 5 Recipes You Can Try

To accompany the baked chicken, Delk Adams prepares a Grapefruit Vodka Soda, a recipe from F&W columnists Carey Jones and John D. McCarthy. Start out by cutting off the top and bottom of each grapefruit, using a sharp knife to remove the remaining peel and pith as well. Then, cut the fruit into quarters, and place those quarters into a large resealable container. All that’s left to do is pour in the vodka, seal the container, and allow the mixture to sit at least eight hours (or overnight) at room temperature so the grapefruit flavour has plenty of time to infuse into the alcohol.

Once the infused vodka is ready, strain it through a fine-mesh sieve and then get ready to build your cocktail. Take a Collins glass and fill it two-thirds of the way with ice, followed by a few fresh grapefruit slices. Then, pour in the grapefruit-infused vodka, and top everything off with club soda. After a brief stir, you’re ready to start sipping.

“Oh my gosh y’all, this infused vodka is incredible,” Delk Adams says. “You really get so much of that amazing grapefruit flavour.”

Next up is the main course: Southern Savoury Baked Chicken, which starts with a dry rub including seasoned salt, dried rosemary, garlic powder, onion powder, and black pepper all whisked together.

“This is what makes this recipe so unique,” Delk Adams says of the seasoning mix. “I know this is called a Southern Baked Chicken, but I had to make sure I said this is Auntie Rose’s Southern Baked Chicken. Because she loves to play around with flavours, she loves to make bold recipes that just really make your tastebuds sing. And she’s so much fun to be around, so I feel like when I’m eating this chicken, like, all of those ingredients, all the playful nature of this recipe, really always reminds me of her.”

Next, pat your chicken dry with paper towels and get it all into a large bowl, then sprinkle on the seasoning mix and toss to ensure that the chicken is evenly coated. After that, cover the bowl with plastic wrap and refrigerate it for at least two to three hours, or overnight. Delk Adams suggests getting a jump on the recipe a day beforehand so the chicken has plenty of time to absorb the flavour.

After the chicken has come out of the fridge and reached room temperature, it’s ready to bake. Transfer it to the baking dish and drizzle it with maple syrup on both sides, then arrange the chicken so that it’s skin-side up in the dish. Next, layer on the sliced onions and pats of butter, followed by a drizzle of Worcestershire sauce. The chicken will first bake for an hour, covered in foil, in a preheated oven at 325°F (162.7 degrees Celcius); at the hour mark, flip the chicken over and add on the paprika. Add the foil back on top of the chicken and bake for an hour more. Finally, remove the foil, bump up the oven temperature to 350°F (176.6 degrees Celcius), and give the chicken — make sure it’s turned skin-side up — a final bake for 20 to 30 minutes until it’s nicely browned.

Once the chicken is done baking, garnish it with fresh rosemary sprigs and get ready to plate the meal. Delk Adams likes to serve the chicken with grits, adding them to the plate first, and piling the chicken on top. With a final ladle of pan juices on top, you’re all set.

“You’ve got that sweetness from the maple syrup, and all of the spices just really add such an incredible essence to this entire dish,” she says. “The flavours are just like, explosive. And, when you pair it with this cocktail…you get this incredible balance to all of the richness of this dish.”

Have You Placed Your Orders For Chinese New Year Festive Cookie Boxes?