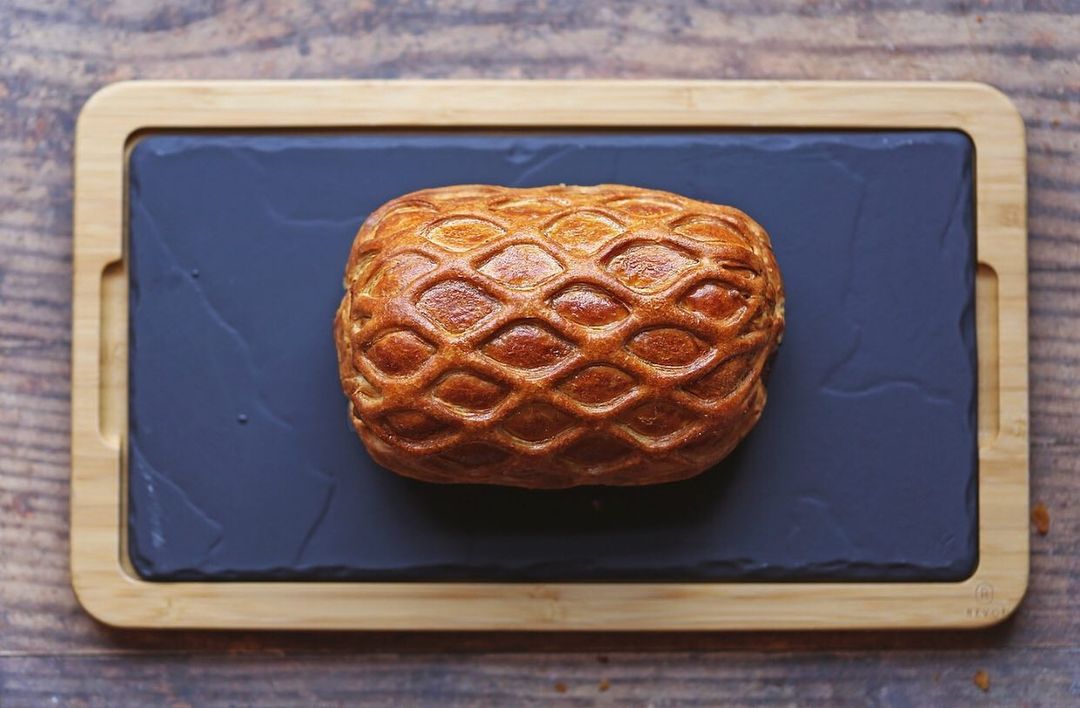 2020 may not have served us the finest days of our lives, but food certainly helped us find some happiness in the pandemic-struck year.

And now that we have officially said goodbye to it, we suggest you celebrate the new year ahead with a grand feast cooked by some of the world’s most famous chefs.

From Japan to India and Italy to America, it’s the love for distinct flavours that keeps us akin. But the art of cooking is intricate – it’s all about coming up with something that soothes the taste buds and soul alike – something a few chefs around the world have nailed.

To feed the unique and endless appetite of foodies, we have rounded up 10 of the world’s most famous chefs and their lip-smacking signature dishes that are worth a shot in 2021.

Mastering a cuisine is an ambitious task, but when you dare to combine it with another form, it takes more than just skill to be a winner. Masaharu Morimoto – also known as the Iron Chef – wins with the flavours and presentation of his Japanese fusion food.

Morimoto, who earned a Michelin star in 2008, bridged the gap between America and native Japan with his creations that combine two palates to in an impressively balanced form. While the 65-year-old’s résumé has big portions of baseball, sushi, ramen and wasabi on it, the signature dish spot is reserved for Buri Bop.

Inspired by a traditional Korean dish – Bibimbop – Buri Bop gets the sushi chef’s raw fish spin with yellowtail. This Japanese kick is supported by an egg yolk, rice, marinated spinach and fennel head ferns, some pickled daikon and carrots, yuzu pepper, garlic-soy jus and shredded nori. In a steaming hot pot, Morimoto puts them all together to create the Asian delight, which is considered his finest creation so far.

A household name in the Middle East, Sabrina Ghayour is a British-Iranian chef and author who penned an array of food books, the most popular one being Persiana. The self-taught culinary artist has created recipes inspired by the Middle Eastern flavours and used their distinct ingredients to create something authentic.

One of Ghayour’s most impressive dishes so far is lamb and sour cherry meatballs. In this Iranian wonder, sweetened sour cherries meet a dense tomato sauce and act as a base for smooth lamb meatballs.

Pizza, pasta, lasagna and a delicate dance of herbs on a platter – that’s Italian food for the world. However, when Massimo Bottura – one of the most celebrated culinary personalities of the world – donned his chef’s white, he created something intricate for the taste buds.

A patron of three-Michelin-star establishment Osteria Francescana, Bottura’s love for cooking developed when he watched his mother and grandmother in the kitchen. Starting from there to listing his eatery among The World’s 50 Best Restaurants, the 58-year-old has come a long way.

Bottura’s creations are a combination of both vision and creativity, and his signature dish has it in abundance. The Crunchy Part of the Lasagna and Mediterranean Sole – although two different items – come together as one at Fancescana.

This ensemble includes the traditional lasagna in a smoked and slightly burnt form, topped with Bolognese sauce, a touch of Bechamel and some nutmeg powder. It’s nothing short of a tsunami of flavours for anyone who tries it.

Kolkata-bred yet Punjabi by nature, Gaggan Anand is a progressive Indian cuisine expert who has been ruling the restaurant charts in Bangkok for a decade now. While a fallout with his partners forced him to walk away from his Michelin starred establishment Gaggan earlier this year, he soon bounced back with another diner named Gaggan Anand.

Anand’s emblematic preparation, Lick It Up, allows guests to feel the food by licking up the plate, quite literally. This one is a platter of chutneys, purees and jams including a mango yuzu gel, green pea puree, onion jam and chilli chutney. Designed to be enjoyed without cutlery, Lick It Up brings sweet, sour and spicy flavours together.

Anand was also profiled on Netflix’s Chef’s Table in 2019.

Chinese-American chef Ken Hom, also known as the master of Asian cuisine, made his mark in the culinary world with his ‘wok’. Specialising in Chinese cuisine, Ken was appointed the honorary Officer of the Order of the British Empire (OBE) for his services to the culinary arts in 2009. Six years later, his restaurant MEE earned a Michelin star a little over one year after its inauguration.

While most famous chefs across the globe have one signature dish, Ken has scores to boast, thanks to the freshness and simplicity of Chinese food that he continued to swear by for years.

Of his countless signature recipes, we list the Beijing (Peking) Braised Lamb as the most distinct ensemble. This Chinese indulgence includes lamb cooked in dry and wet heat which is served with sticky rice and vegetables.

Famed for her French food, Anne-Sophie Pic has a long series of accolades in her name. From regaining three Michelin stars for her family restaurant Maison Pic to earning the Best Female Chef award by The World’s 50 Best Restaurants in 2011, she has established herself as the queen of French cuisine and one of the most famous chefs anywhere in the world.

Pic took inspiration from her father and grandfather to join the culinary arts. With no formal training in the field, she took over Maison Pic after her father’s passing and brought back its three lost Michelin stars in 2007.

The 51-year-old has a legacy of winning over guests with her creations, however, her Berlingots continue to be on the signature spot till date. The delectable pasta parcels are loaded with wild garlic, seasonal wild mushrooms, a hint of Voatsiperifery pepper and lightly-smoked Brillat Savarin cheese.

Chef Virgilio Martínez added the wow factor to traditional Peruvian food by reinventing it with modern cooking techniques and using contemporary ingredients. Collectively, his offbeat approach to gastronomy contributed to the current stature. His modern Peruvian-style restaurant Lima in London won a Michelin star in 2014.

While Martínez has not listed a particular dish as his signature item, his Waters of Nanay is one of the most popular creations till date. The platter of this delicacy includes a piranha fish served inside piranha heads with its sharp teeth placed on top. The crispy fish skin delicacy is supported by cocona and achiote flavours.

Martínez was profiled on the Netflix series Chef’s Table.

Hell’s Kitchen, Hotel Hell, Masterchef and Kitchen Nightmares introduced us to an outspoken, strict, and short-tempered Gordon Ramsay who settles for nothing less than excellence on a platter. However, Ramsey did not become one of the most famous chefs on the planet for his charisma alone, he also is a multi-Michelin starred chef who owns thirty-five restaurants across the globe – the most celebrated one being Restaurant Gordon Ramsay in Chelsea, London.

The dish that Ramsay is highly famed for is Beef Wellington. This one is a package of filet mignon covered in whole-grain mustard and layers of prosciutto, pulverised mushrooms, a herbed crepe, and puff pastry. This calzone of flavours is then baked until meat reaches perfection.

Forbes quoted Ramsay’s 2020 earnings at $70 million and named him the 19th high-earning celebrity in the world.

French born Alain Ducasse is a Monégasque chef who holds the highest number of Michelin stars in the world. Of the 20 stars he holds, three belong to Alain Ducasse at The Dorchester – the highest ranking on the prestigious guide.

Over a three-decade period, Ducasse rose from chef to head chef and, at present, owns about 30 restaurants around the world and his considered one of the most famous chefs who modernised and elevated French cuisine. In 2013, he received a Lifetime Achievement Award on the World’s 50 Best Restaurants list.

While Ducasse’s culinary expertise has won him a fortune of awards throughout his career, the Cookpot continues to be his signature delicacy. The ‘glocal’ trend as he calls it, is like an ode from the 64-year-old to the various cultures of the world. In a slow cooker designed by Ducasse himself, he stews seven seasonal vegetables until they release every inborn flavour.

The famous ‘Cookpot’ is now an essential tool found in most kitchens across the world.

A former Chef Patron at Gordon Ramsay Restaurant, Northern Irish chef Clare Smyth’s is famed for her sophisticated cooking techniques with British ingredients. With several accolades in her name – first female chef to hold three Michelin stars, Chef of The Year in 2013, World’s Best Chef and so on – Smyth established herself as a winner in the otherwise male-dominated industry.

Core, Smyth’s restaurant in London, earned two Michelin stars within just two years of its induction. She also turned caterer at former Duke and Duchess of Sussex — Harry and Meghan Markle’s wedding ‘after-party’.
The 42-year-old is known for creating incredible delicacies with simple ingredients and her signature dish Potato and Roe is an example. It is a tribute to the chef’s homeland.

On a platter, freshly cooked potatoes are accompanied by potato crisps on top with a touch of dulse beurre blanc sauce, herring, herbs, and trout roe.

These Will Be The 25 Biggest Dining Trends In 2022, According To Chefs

14 Delicious Pies To Consider Baking At Home For The Holidays