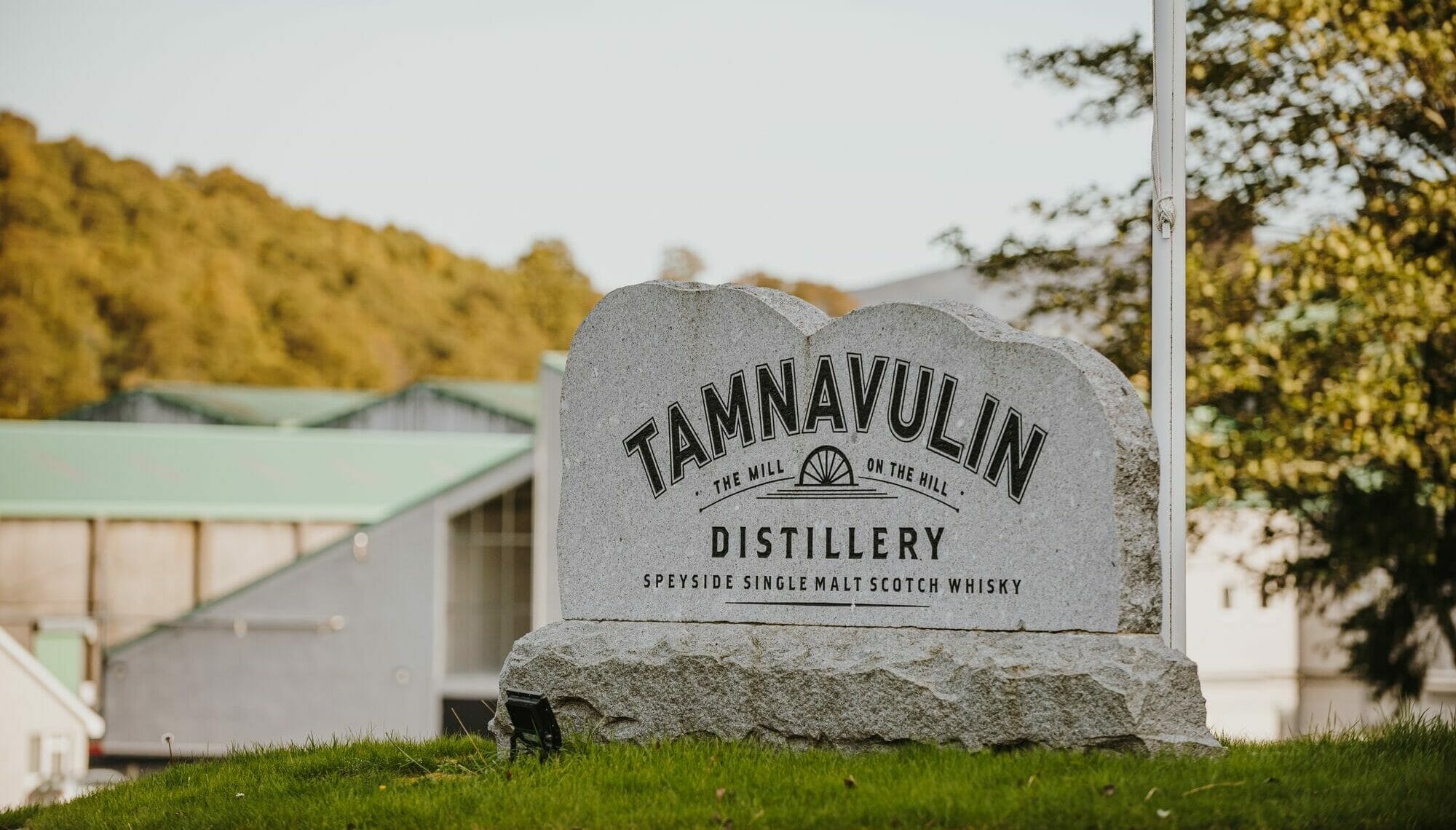 Tamnavulin is the Gaelic translation of ‘mill on the hill’, named in part after the historic former carding mill which sits on the site of the distillery.

Operated by Glasgow-based Whyte & Mackay, the Speyside distillery was initially established in 1966 – with its product being used mainly to craft blended whiskies.

However after its closure in 1995, Tamnavulin reopened in 2007 – following a major refurbishment – and have since produced a number of premium single malt whiskies. All of which encapsulate true Speyside characteristics, being rich, smooth and mellow. Plus, due to the fact that all its single malt whisky ranges are double-barrel aged, there is a variety of flavours that whisky lovers will come to enjoy as they discover the smooth drink.

We heard from George Schulze, the brand ambassador for Whyte & Mackay, on the two single malt expressions of Tamnavulin – the Double Cask and Sherry Cask Edition before we tried it for ourselves. Here’s what he had to say first:

What made Tamnavulin decide to only produce single malts once it reopened?
Well when the distillery reopened back in 2007, there was a significant rise in demand for single malts, so plans were put in place to make Tamnavulin a single malt whisky.

Come 2016, that’s when the malt had matured beautifully and was ready, and it just happened to fall in line with the 50 year mark of the founding of the brand.

How does Tamnavulin distinguish itself from other distilleries?
Well, Speyside is renowned for great distilleries, but when you’re talking about character, what sets it aside is truly its philosophy – exclusively double barrelled whiskies to bring out a flavour profile which fits the Speyside style.

Would Tamnavulin suit those new to the world of whisky and single malts?
Absolutely! It’s bottled at 40% ABV, which I believe is around the perfect level that newcomers would appreciate. It’s definitely a gentle entry point to start your adventure into single malts.

It’s flavour profile really helps you go into the range; it’s not focussed on peat or robust flavours, but more fruity notes. And some people like it neat, some like it with a few drops of water, others with ice; the world of whisky is great, and you should enjoy it the way you do.

The Double Cask is a signature Speyside malt, mature in American oak barrels for a sweet, mellow taste with a rich, smooth Sherry cask finish. Then the Sherry Cask edition is first matured in American Oak Barrels, and enhanced by a finesse in three different Sherry casks.

Tamnavulin Double Cask: The amber gold liquid is rich and warm to the nose, with some fruity notes with a rich and smooth finish.

Priced at RM260 per bottle, both single malt expressions are available at specialist liquor stores, selected supermarkets across Malaysia as well as online.

Sit Back, Relax And Enjoy The Glenlivet At Home With Bar-United