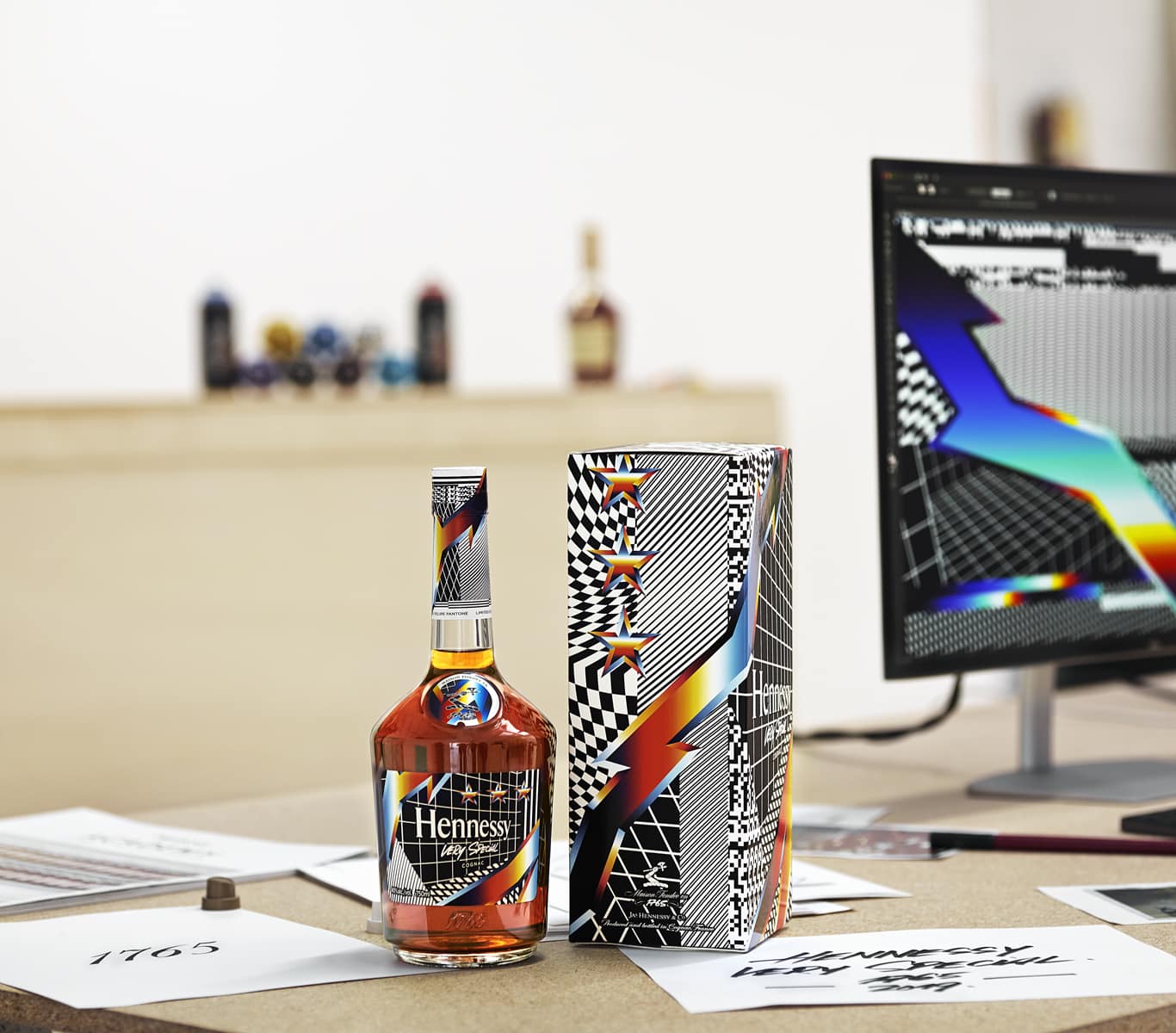 Hennessy, the world’s best-selling cognac, recently unveiled its 2019 Very Special Limited Edition bottle, a result of a collaboration with urban artist Felipe Pantone. The forward-thinking artist is famous for being at the forefront of street art and renowned for his visual lexicon, which features a vibrant melange of 80s aesthetics, chromatic gradations and geometric shapes. It is these elements that feature prominently on the Hennessy Very Special Limited Edition by Felipe Pantone.

“A collaboration with Hennessy beats every other of its kind,” Pantone enthuses. “This is something that is very well known in my circles, the way they work with artists, respect them, bring them into another world and make bridges between their craft and art.”

According to the artist, he jumped at the opportunity when he received the invitation from Hennessy to collaborate on a limited-edition bottle. “I saw it as a chance to bring my art to a new global community, but what’s more, to share in a partnership with a singular brand, renowned in the street art community today for more reasons than one,” he says.

In order to see his vision through, Pantone visited Cognac to experience first-hand the craftsmanship Hennessy is renowned for. From the ancient cellars to the barrel-making workshop, he witnessed the living tradition and savoir-faire passed through generations that goes into every bottle.

Much like his own studio, explains the artist, he saw a place where creation is the vocation of talented women and men. This shared passion for blending tradition and innovation, for using the old to fashion the new, finds expression in Pantone’s artistic maxim of “Remixing the Present,” which became a leitmotif for the collaboration.

That very concept guided Pantone through the challenge of creating a piece of artwork that would inspire the design of a limited edition Hennessy Very Special bottle label and box. In the end, the art he unveiled was indeed both “inspired by the past, but also totally contemporary.”

With aluminium composite panels and spray paint, the new bottle features a vertigo-inducing landscape of 3-D forms and optical art patterns, evocative of the 1980’s Tron universe, vintage computers and QR codes. Bursting from this black and white background are three scintillating stars, a reference to the symbol used by Maurice Hennessy.

Finally, Pantone depicted a bolt of iridescent energy slicing across the entire canvas, a symbol of the lightning speed of our digital era, and an apt metaphor for Hennessy’s ability to harness its momentum, built over centuries, to generate new dynamic evolutions – including the metamorphosis of its classic Hennessy Very Special label.

Not surprisingly, that same energy courses through Pantone’s Hennessy Very Special collector’s edition. Based on his Chromadynamica Dimensional series, Pantone created a literal work of art for aesthetes and connoisseurs alike: a sculpture composed of dozens of painted conduits of varying lengths, standing together on a grid to form a kind of three-dimensional computer glitch, like a frozen digital millisecond, all surrounding a bottle of Hennessy Very Special.

“This collaboration is about offering something new, something unexpected to the new world,” he says. “A brand like Hennessy could just sit on its prestigious heritage and do nothing. Instead, they continue to move forward, to embrace innovation, change, evolve… looking toward the present, and the future. I think that is magic.”