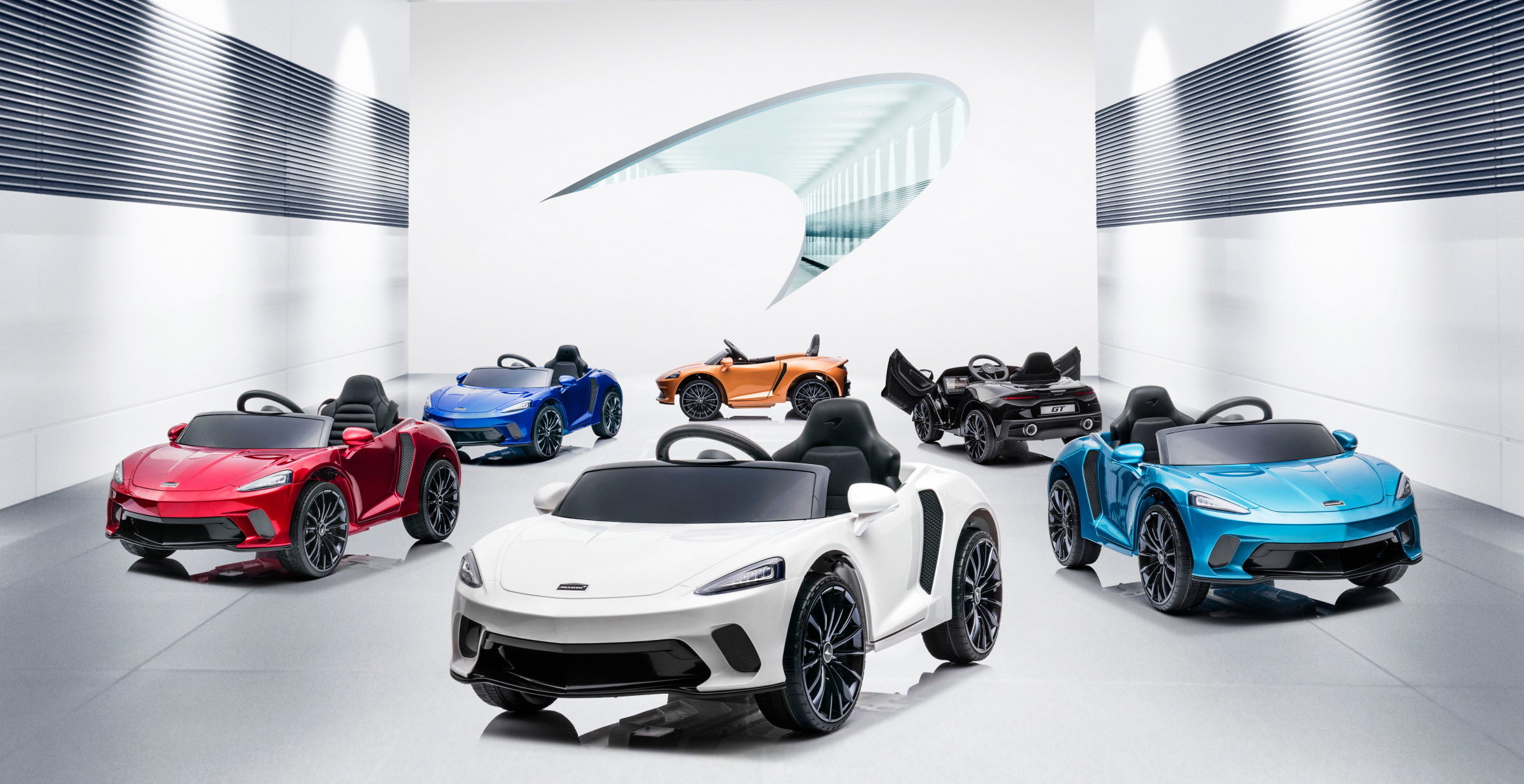 Forget pedal cars and tricycles, the discerning modern driver will want his kids driving one of these stunning ride-on cars. Made for children, these beautifully made, luxurious and highly detailed replicas are closest to their real-life counterparts.

Not only do they serve as a fun mobile transport for the little ones, but it also introduces them to the fun aspects of motoring at a very early age. For budding kid drivers, these exemplary ride-on cars will surely put them in the fast lane to develop into future petrolheads.

The fourth in McLaren’s range of children’s toys for budding drivers following the P1, 720S and McLaren Senna. Suitable for supercar enthusiasts aged three to six, the GT Ride-On comes with McLaren’s iconic dihedral doors, functional storage trunk and brake pedal with working LED lights. Just like the real thing, the electrified GT Ride-On has workable dashboard controls with key start that activates McLaren engine sounds. Tiny journeys on these ride-on cars can also be accompanied by music, played through an infotainment system that can access files from a USB device or SD card with optional MP4 display screen.

This represents a contemporary tribute to Ettore Bugatti’s original masterpiece, the Bugatti Baby, built in 1926. Built by The Little Car Company, the Bugatti Baby II features a Carbon fibre body with a rear-wheel-drive powertrain comes with two selectable power modes. A 1kW ‘child mode’ keeps the top speed limited to 20 km/h, whilst a 4kW ‘adult mode’ comes with a top speed limited to 45 km/h. This reimagined car has sparked international attention since its launch, with admirers noting its modern-day engineering couple with authentic nods to the original Type 35 on which it is based.

The car theme gathers pace for slightly older children (ages two to six years) who can let their imaginations soar in the Bentley Continental Ride-On Car. Inspired by the Continental GT, the ride-on model is equipped with a functional steering wheel, a horn, and a selection of different musical tones. Complete with a back rest and rear anti-topple feature, making it safe for play both indoors and out, the car also features convenient storage space under the seat.

Although more famous for its Bugatti Baby II ride-on cars, The Little Car Company has also put out an Aston Martin DB5 Junior. Developed over the last 15 months through a partnership with Aston Martin, the junior car is expertly designed using Aston Martin’s reference 3D scan of an original DB5 to ensure complete accuracy and authenticity. Hand-crafted to allow the love of driving to be shared across generations the two-thirds scale electric junior car features a rear-wheel-drive, fully electric powertrain along with multiple driving modes.

Famous for its bespoke models, Rolls-Royce Motor Cars has purpose-built this unique children’s model for St Richard’s Hospital in Chichester. Sadly, this particular model can’t be bought as it was a special commission by Rolls-Royce for the hospital, where it performs a vitally important role. Young patients on the paediatric day surgery unit use it to drive themselves to theatre when the time comes for their operation, rather than walking or being wheeled on a trolley.  The car was built in 2017, featuring a bespoke bodyshell in fibreglass reinforced with carbon-fibre, complete with the marque’s iconic Pantheon grille. Since the electric powered car entered service in 2017, it has conveyed no fewer than 2,000 brave youngsters in true Rolls-Royce comfort and style.

Aston Martin Introduces The Hunter Edition Of Its Vantage