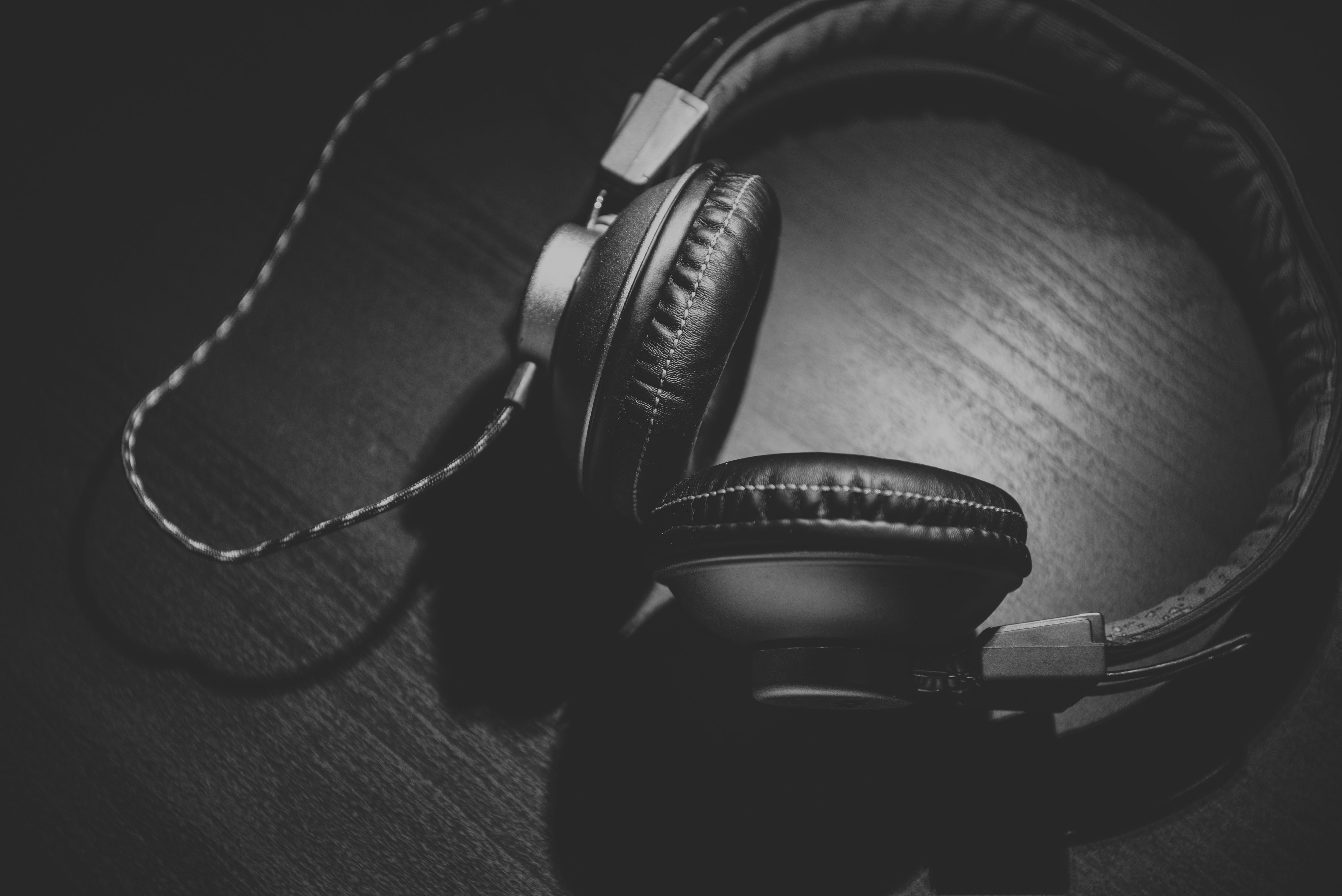 Noise cancellation is always something of a double-edged sword for audiophiles. While it is important to insulate against ambient sound, poorly implemented noise cancellation often results in cold and sterile audio. This is often the case for low- to mid-tier headphones. If you’re ready to invest more to get absolute aural pleasure, you’ll want to know which ones deliver the goods. Here, we put the higher calibre flagship models of three top brands under scrutiny.

With fine leather appointments and anodised aluminium accents, the Master & Dynamic MW65 stands out from the rest. The Brown Leather/Silver Metal colourway is arguably more appealing than its Black Leather/Gunmetal counterpart. We bet it’s going to catch more than a few envious glances. The open-back design also adds a slight retro styling to the MW65, which is further accentuated by the headband’s pole-shaped extension system. While most brands tend to go with a more industrial look with their headphones, Master & Dynamic’s nostalgic treatment comes as a breath of fresh air.

That said, the matte black look of the Bose Noise Cancelling Headphones 700 and the Beyerdynamic Lagoon ANC are by no means unappealing. They simply convey a more urban styling, which is a little predictable these days. On a personal note, this writer prefers the way the Lagoon ANC looks when worn. The curvature of the headband tends to be a little pronounced with the MW65 and 700, whereas the Lagoon ANC sits more flushed against the temples. Of course, this is purely a personal preference.

While Bose and Master & Dynamics are top performers in their own right, Beyerdynamic’s use of its MOSAYC algorithm puts the Lagoon ANC well ahead in terms of listening experience. Our perception of sound is subjective and changes over time. MOSAYC recognises this by precision-adjusting the soundstage to compensate for gaps in the listener’s aural acuity. This nifty feature can be activated and managed via Beyerdynamic’s MIY app, which also allows you to control the level of adjustment handled by MOSAYC. Combined with the Lagoon’s aptX™ codec support, listeners can expect a wide soundstage with pristine definition that’s also fine-tuned to the natural sensitivity of one’s ears.

Master and Dynamic’s flagship MW65 headphones is a close runner-up. While this pair appears fashion-skewed, it packs a serious punch underneath the hood. Custom 40mm Beryllium drivers sound hall-like detail and richness. The open-back nature of the MW65 also means that the soundstage is more vibrant and 3D-like. This is not something closed-back headphones can mimic due to the issue being acoustic in nature. The caveat to open-back designs of course, is that the sound has a tendency to leak. In other words, people in close proximity will hear it.

While all three brands offer excellent levels of noise cancelling, Bose’s flagship Noise Cancelling Headphones 700 takes the cake in this area for one reason: variability. While Beyerdynamic’s Lagoon ANC and Master & Dynamic’s MW65 pegged their noise cancelling levels to three settings (High, Low and Off), the 700 headphones use a graduated scale ranging from zero to 10. This allows for precise tuning of counter noise level. You can also configure two distinct noise cancellation profiles via the Bose Music app and cycle through them by clicking on a discrete button located at the bottom of the left ear cup.

Noteworthy too are the Master & Dynamic MW65’s noise cancellation capabilities. Typically, open-back headphones suffer from ambient noise leaking into the ear cup. However, the MW65 does well in blocking out most of it, even at its lower setting. As mentioned earlier, both the MW65 and the Lagoon ANC have a low and high setting for their active noise cancellation functions. This allows the user to tailor the level of noise cancellation to their environment. High settings are good for navigating airplane travel and city noise, while going low works for places like the library or the park.

It’s a little bit like the tale of Goldilocks and the Three Bears – the ear cups of the Bose Noise Cancelling Headphones 700 were fairly roomy, while the Master & Dynamic MW65 required a bit of tucking in to fit. The Beyerdynamic Lagoon ANC on the other hand, was just right. Of course, this aspect of comfort will also depend on ear size and the preferred level of snugness.

The crown of the headband also felt the most plush with the Lagoon ANC. As fancy as the leather is on the MW65, that section of the headphone felt a little bit spartan. It wasn’t enough to create soreness at the top of my head, but it’s always better to have more support in that area rather than less.

When it came to pairing the headphones with my smartphone, there were little to no issues with the Bose Noise Cancelling Headphones 700. I’ve heard of other users having problems syncing up with the Bose Music app, but I did not encounter anything of the sort on my end. On the other hand, there were a few minor flaws with the Beyerdynamic Lagoon ANC and the Master & Dynamic MW65. While it didn’t involve dropped connections, it sometimes took my phone more than a couple of seconds to locate the headphones, even when they were placed right next to it. With the MW65, there were a few isolated instances where my smartphone’s music ended up playing through its own speakers despite being connected. A quick reset ended up taking care of those hiccups.

The value of these flagship headphones lies in the trinity of features they offer: wireless playback, active noise cancelling and digital assistant support. Handy as they are, it wouldn’t amount to much if managing these functions proved to be clunky and obtrusive. The Beyerdynamic Lagoon ANC edges out the competition by allowing the user to access all these functions from the right ear cup. The touch sensor can be used to control playback, manage calls and bring up one’s digital assistant, while a three-position sliding switch allows the wearer to select the desired noise cancellation setting.

One particularly cool feature about the Lagoon ANC is its Light Guide System (LGS). Much like an aircraft panel, the LGS serves as a visual guide for the user, illuminating the inside of the ear cups to provide feedback on things like left/right orientation, charging progress and pairing status. Very handy when you’re handling the Lagoon ANC in low-light areas.

It was an extremely tough call, but the Beyerdynamic Lagoon ANC emerges as the saveur du jour for this shoot-out. The MOSAYC function is a truly revolutionary feature that elevates the already dynamic sound of the Lagoon ANC and is unique to Beyerdynamic. Priced around S$150 less than the fancier-looking Master & Dynamic MW65, the Lagoon ANC also offers an additional colour choice over the Bose Noise Cancelling Headphones 700: Traveller (full black) and Explorer (black with brown accents). While the Bose 700 and MW65 performed admirably (the former being an industry heavyweight and the latter, a prodigy of sorts), the future of audio lies in aural personalisation. Short of customised drivers, the technology offered through the Lagoon ANC is as close as one can get to a truly bespoke listening experience.

audiophile beyerdynamic bose headphones master & dynamic noise cancelling
written by.
Evigan Xiao
Writer
Evigan is an avid fan of bench-made boots, raw selvedge denim, single malt Scotch and fine watches. When he's not busy chuckling over image dumps on Imgur, he can be found lifting heavy objects in the gym or fussing over his two dogs, Velvet and Kenji. He dreams of one day owning a cottage in the English countryside and raising a small army of Canadian geese to terrorise the local populace.
Men's Fashion luxury watches fitness Technology