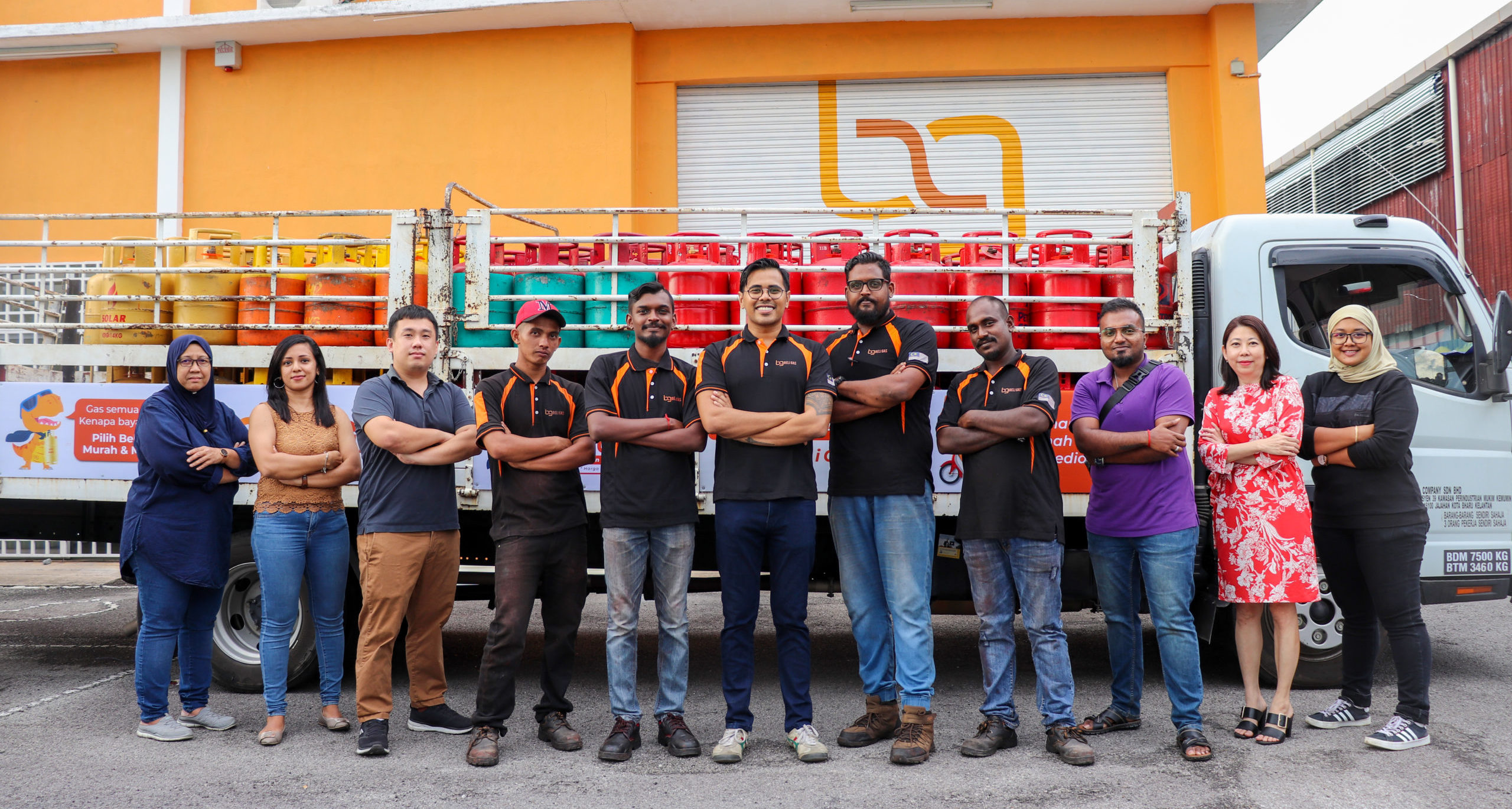 BeliGas is a social enterprise which provides jobs to marginalised communities while helping others get their cooking gas more efficiently and at a lower cost.

Positioning itself as a bio oil and gas convergent innovator, the enterprise has forged its business in an evolving business cycles that is shaken by the global pandemic. BeliGas was founded in June 2020, to take on the challenge of growing a profit driven, social enterprise that is run with innovation, governance and transparency. And currently the O2O (online-to-offline) disruptor has grown to have two warehouses, 13 outlets, and more than 70 staff (and growing) providing more than 10,000 recurring sales monthly.

We speak to Suthan Mookaiah, its founder and managing director, to find out more about the social enterprise:

Please share a bit about the founding of BeliGas.

We began during the first MCO, back in 2020. How it happened was that I first began a food donation programme for those in need, but we noticed that the people were also slightly reluctant to be receiving ‘free handouts,’ and quite a number were complaining about no longer having jobs. It hit me then, that although necessary and good, giving out food was sort of a short-term solution; these people needed jobs in order to survive the pandemic. So that was my main goal when I set out to startup something, which was to ensure I could help provide jobs to the less fortunate members of society. And it was through the food donation programme that we realised a gap present which needed to be filled urgently.

During some days when we’re preparing the food, we might run out of cooking gas, and it would take awhile for the delivery guy to get us new tanks, and sometimes at exorbitant prices. That’s when I realised, that there must be a better way to go about delivering gas, and put to use my tech background to devise what is now the BeliGas app. Of course, then to startup the office and run the business, I would need the help of other people, which in turn helps the community.

Then in June 2020, after the first lockdown was lifted, I went and registered the company and we eventually opened our first outlet in July 2020, and have been doing well since – churning more than RM3 million worth of revenue.

How does the company operate and benefit Malaysians?

Mainly we provide LPG gas to the general public conveniently and at the best possible prices. We’ve simplified the logistics of it by utilising the tech resources, via the app, and therefore we provide an efficient service to those who need cooking gas. Plus, we also have a system in which customers can trade used cooking oil to further reduce the price of the gas tank(s) purchased.

What we do is, for every litre of used cooking oil they provide, we offset RM0.80 cents from the price; then our gas tanks can even go as low as RM18 per tank.

At this point, we’re yet to be able to set up our own refinery, so we resell the oil to other processors who then convert the used cooking oil into biodiesel.

Then of course, the main reason why we are a social enterprise is the fact that we hire from underserved and marginalised communities, like ex-convicts, the urban poor and so on.

Tell us more about the people who work for BeliGas.

Growing up, I was exposed to the tough life that many people go through; no one really wants to be a criminal for example, but at times, life deals you a bad hand, and you aren’t in the right frame of mind, and might go down a bad road. And I’ve seen those people who fall through the crack, and if they’re not given enough, or any support, they can and would likely fall further in.

So when I started BeliGas, I made it a point that wherever I can, I’ll support the B40 communities, especially ex-convicts, who also deserve a second chance. We are also located near the Kajang prison, and we’ve approached them to ask how do we go about hiring ex-convicts?

The results were positive, and the prison thought the company would even be a good avenue for paroled convicts to give back to society and have some sense of meaning in their lives. We’re now an official partner of Jabatan Penjara Malaysia, and work closely with them.

When you think about it, during this pandemic, even talented and skilled Malaysians are out of jobs, what more ex-convicts. They barely have anything when they come out of prison, and we don’t want them to revert to a life of crime and create problems for society. We really want to support them and give them a way out of that life.

What’s a misconception that you want to clear up in regards to working with ex-convicts?

That all of them are murderers, or would kidnap or harm you. Not everyone is a convict because of a violent crime. One of the most recent hires I had is now labelled an ex-convict because he was imprisoned for breaking the SOP; he didn’t have enough money to pay the fine, and was sent away for a year.

Not everyone is out to harm you or have violent tendencies, and everyone could use a second chance – we’ve never had any incidents yet. Plus, most of them are really hardworking too, most of them don’t even take sick leaves, and want to prove themselves.

What are the future plans for BeliGas?

We’re planning on expansion at the moment, but it’s on hold due to the lockdowns. Ideally, we’re looking to cover more areas, including other states such as Penang and Negeri Sembilan, while we want further ramp up our presence in Klang Valley as well.

To find out more, visit the company’s official website.