Tinder Gets Playful With Vibes, A New Quiz Feature

Longines Presents ‘The Cool Father’ This Father’s Day 2021
StyleRead More
Dads In Hospitality: Checking In With Fathers In The Hotel Industry
TravelRead More
Coach Partners With Def Jam SEA For A Virtual Concert
CultureRead More
A Grooming Gift Guide For Father’s Day This 2021
StyleRead More
Want the low-down on the latest rides and gadgets? We have it all. Sign up to receive it.

Will you pass the “vibe check”? On Tinder, users will be able to increase their chances of a match thanks to a special quiz. At the end of the month, the dating application will launch “Vibes,” a series of zany questions whose answers will be displayed on your profile. A good way to better test compatibility with your crush.

With “Vibes,” Tinder wants to revitalise its platform in a playful way. Users will see a pop-up quiz with a range of unusual questions. Members will receive a notification to let them know when “Vibes” will be deployed in their location.

“Your Tinder profile should be an authentic representation of yourself, and that often changes as you explore who you are, what you want and what’s happening around you. We built Vibes to help make profiles as dynamic as our members while giving them more to match on along the way,” stated Udi Milo, VP Product at Tinder, in a press release. 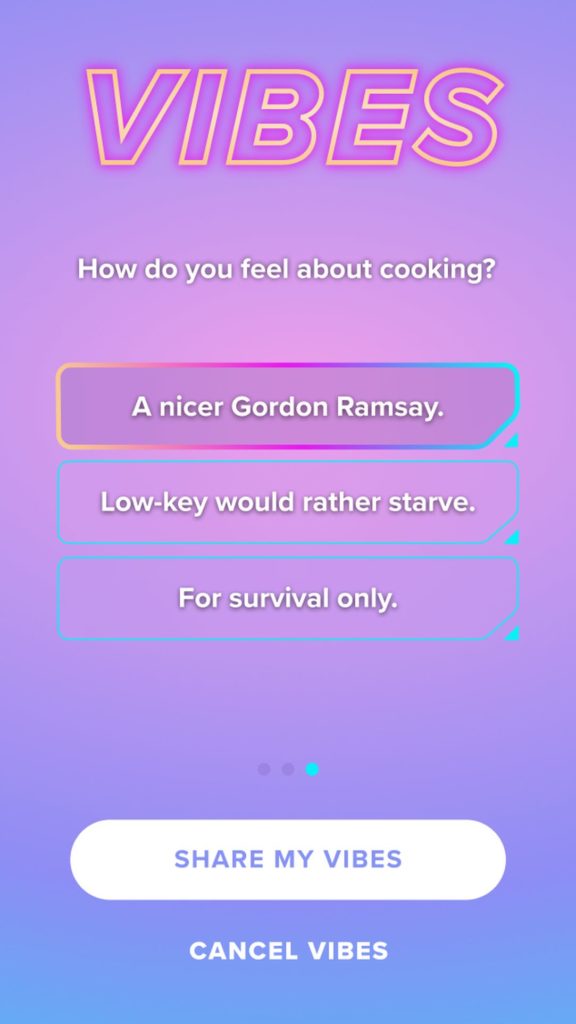 Once the quiz is over, the “Vibes” or answers will be displayed on the profile of members who participated for 72 hours. If there is a match, both users will be able to see each other’s answers in their email window. However, they will only have 48 hours to take the quiz before new questions are offered, Tinder said. A smart way to boost the engagement of its users by forcing them to return more often to the platform.

The dating app launched a test phase for “Vibes” in March 2021 which demonstrated the effectiveness of such a feature. According to the results obtained by Tinder, the “Vibes” quizzes promoted an increase in the number of “likes” and “matches” on the platform. However, the American company did not provide specific data about this test.

“This is the first of many things we’re creating for the Tinder community this year so they can show off more of their personalities on the app,” said Udi Milo. Recently, the app has offered video chat as a new feature and plans to roll out a feature to check the background of the person they are talking to.