Committed to dreaming and running towards his dreams, Jimin shines brighter every day. 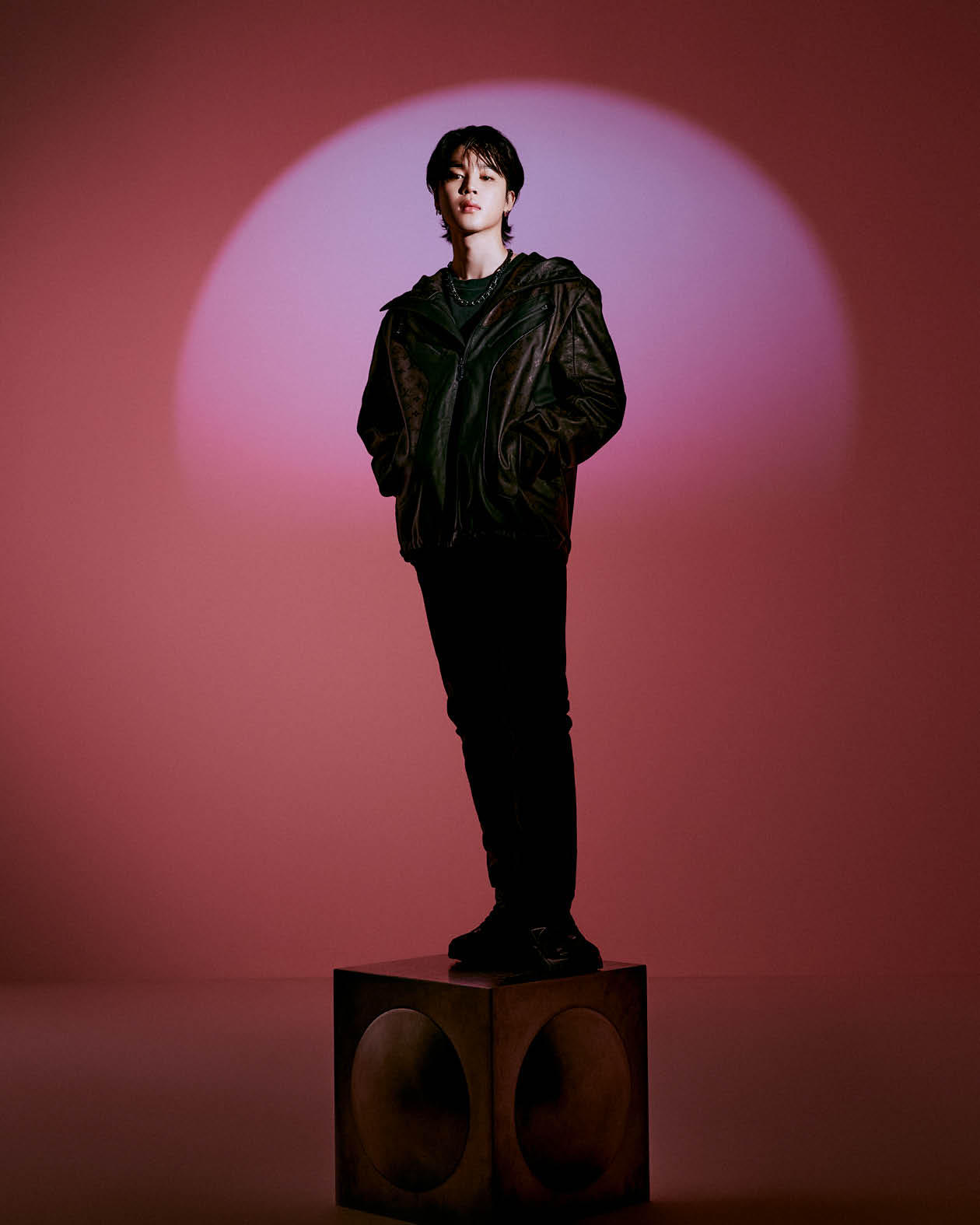 Last summer you posted a message on your SNS, saying “Watching the scenery on my runs and working up a sweat brought lots of changes for me. I stopped overthinking and changed to become more positive!”

Yes, I remember. I found the joy of running around then. After running for some time, I listen to songs while I take a breather. For 10 minutes, or sometimes 30 minutes. Then I run back home and take a refreshing shower and go to bed. This has become a habit so now I need to have an evening run to finish off a good day. Last night? I ran, of course.

Sounds like you have found your own way of keeping your body and mind sound and healthy. In the ARMY General Store, you also mentioned trying CrossFit to have a firm, balanced body. Has it influenced your dance?

I did try CrossFit and now I’m doing cardio, and I actually feel stronger. And I feel more stable when dancing. It’s easier to balance with a stronger core. 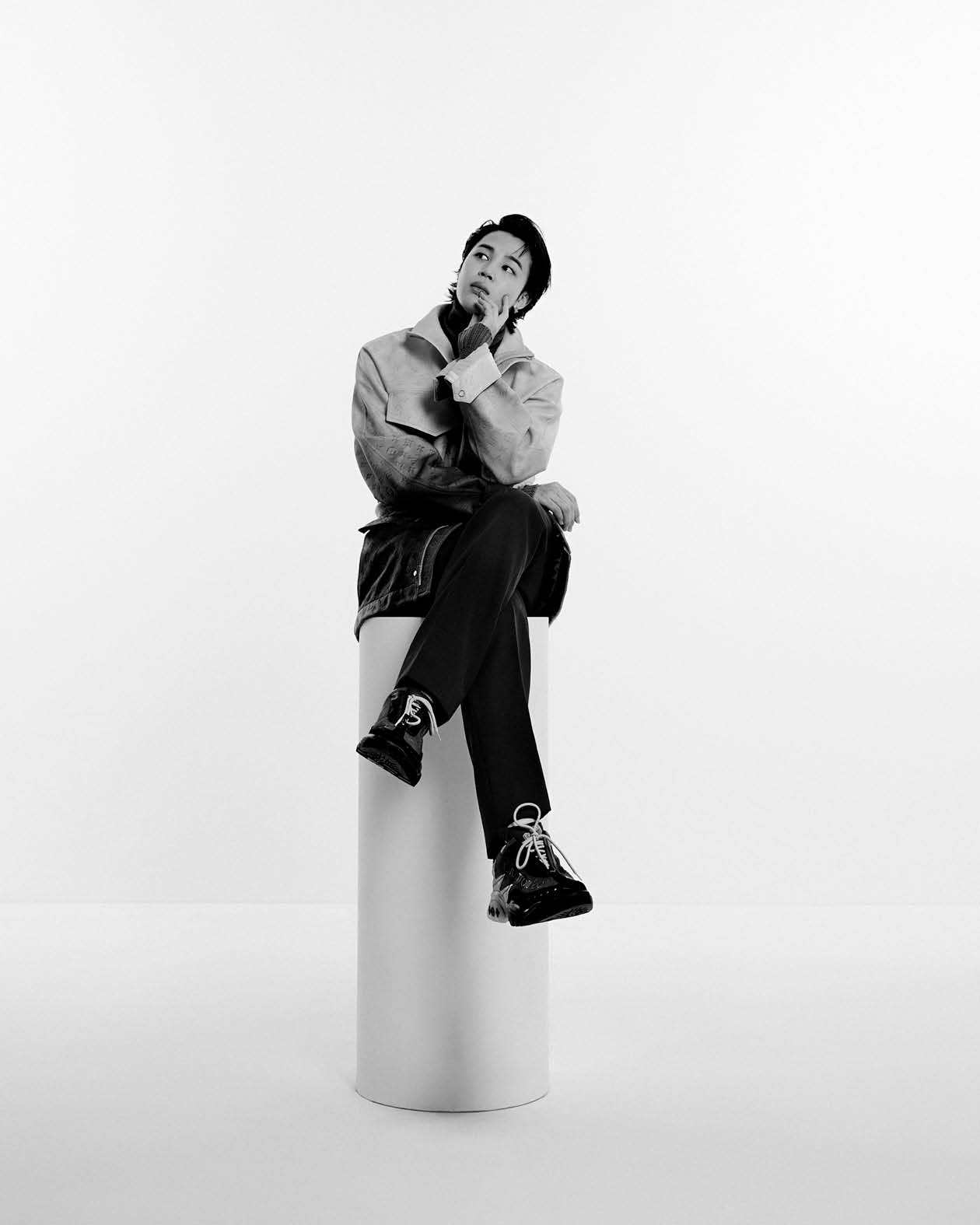 Looking back at BTS’ achievements makes me think, “You guys must have experienced many moments of realising what were once distant dreams are now a reality.” What does it feel like?

There are many moments I still cannot believe to this day. The size of our concert halls got bigger and bigger, our fans from all over the world sing along to our songs in Korean, and the feeling of flying in the air above the stage is surreal. There was a moment I personally felt was very special. On stage, you can see the faces of the audience much better than you’d imagine. It gives me goosebumps to see how people who didn’t seem to enjoy at first are beaming with joy by the end of the concert. That feeling is so wonderful. These experiences drive us forward and make us want to be on stage again and again.

What have you realised from experiencing such surreal moments?

I’ve realized that we should not stop dreaming just because we’ve come closer to our dream or achieved it. If we became satisfied and complacent after our first concert at the Olympic Gymnastics Arena, we wouldn’t have come this far. We constantly wanted to do more and show more of ourselves, and that’s how we could keep changing and improving. 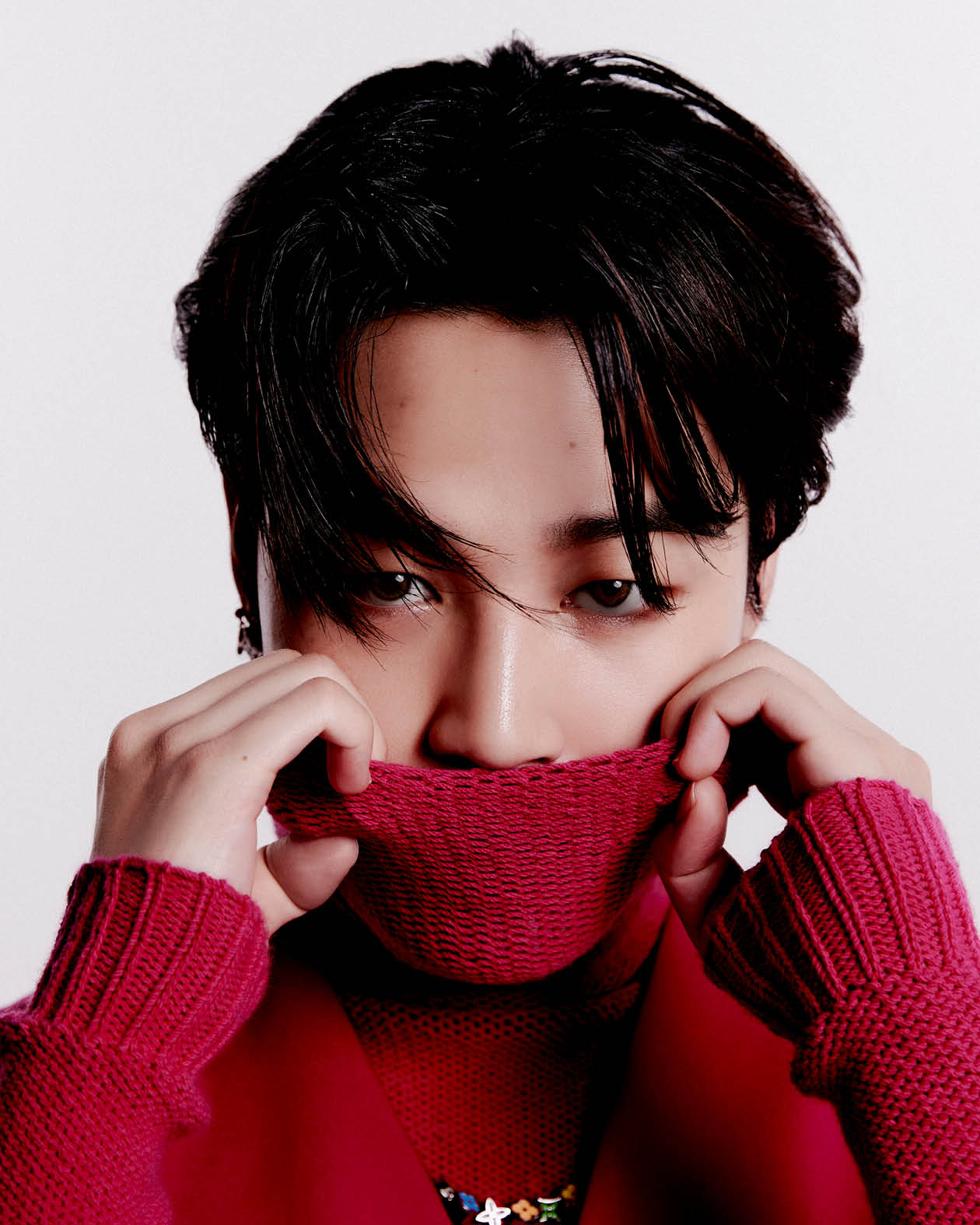 What are your goals now?

I tend to set specific goals rather than abstract ones, and these days, my goals are not long term. You never know how things will change. For now, the most important goal is to prepare for our first offline concert in two years.

What do you miss most about performing on stage?

When I think about concerts, the word “interaction” comes to mind first. Concerts are not just about the performance. The numerous feelings and emotions that are beyond expression are shared by me, other members, the audience, and the staff. That feeling is amazing. Such interaction of feelings has been missing for a while. That’s why we’re more excited about this long-awaited offline concert, and so curious about how it would feel to be on stage again.

If you were to choose one of today’s outfits for the stage, for what song would that be?

When I saw this neat black shirt and trousers I’m wearing now, I immediately thought of Black Swan. And this daring pink outfit may go well with Dynamite, or Filter. 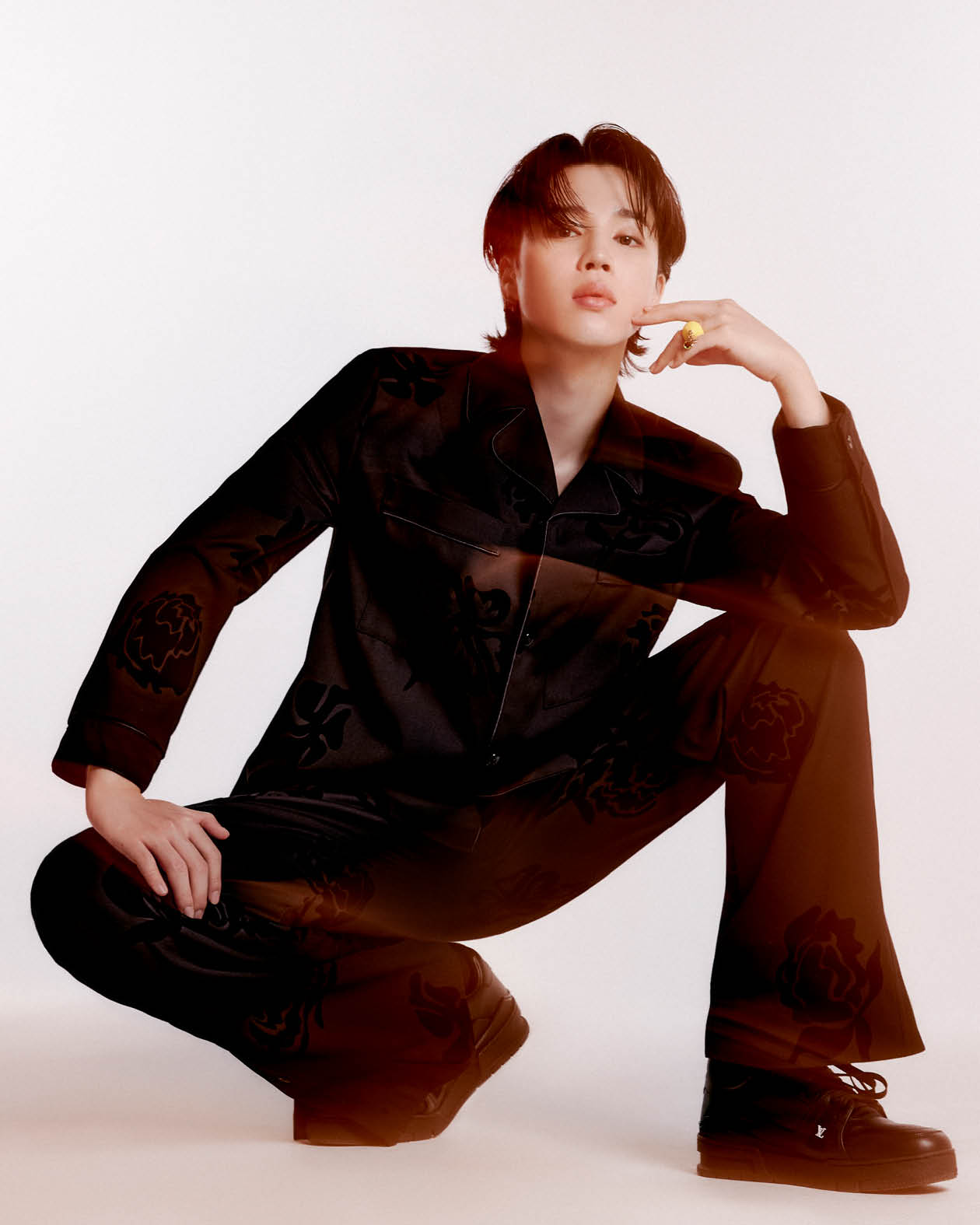 Many people I know say they find consolation and strength in your solo number Serendipity, some calling it “a song like an ointment.” What impact does the fact that your song has a good influence have on you?

It influences most of what I think of, say, and do. In a positive way, of course. It makes me think again before I say something, or it encourages me to share the good things I hear from my fans with the people around me. Also, preparing for the UN speech was an opportunity for us to think more deeply about the environment. I was stimulated by the fact that some of our fans who are younger than me were more deeply interested in environmental issues than I was. It was a chance for me to look back and think about what I was doing to better protect the environment and check whether I’m recycling stuff in the right way.

We are living in a time where, more than ever, a kind word can have enormous amount of power. What message do you want to send to people?

Not sure if it would help, but I want to say that no matter what you do and where you are, the world will eventually find out that you’ve been working hard.

We’ve heard news about your solo songs setting sensational records in major music platforms worldwide. How are you assessing and accepting your accomplishments?

I don’t think I should embrace per se. I’m cautious not to become conceited. I still need to get a lot better. I think the right response would be “I’ll work harder.” 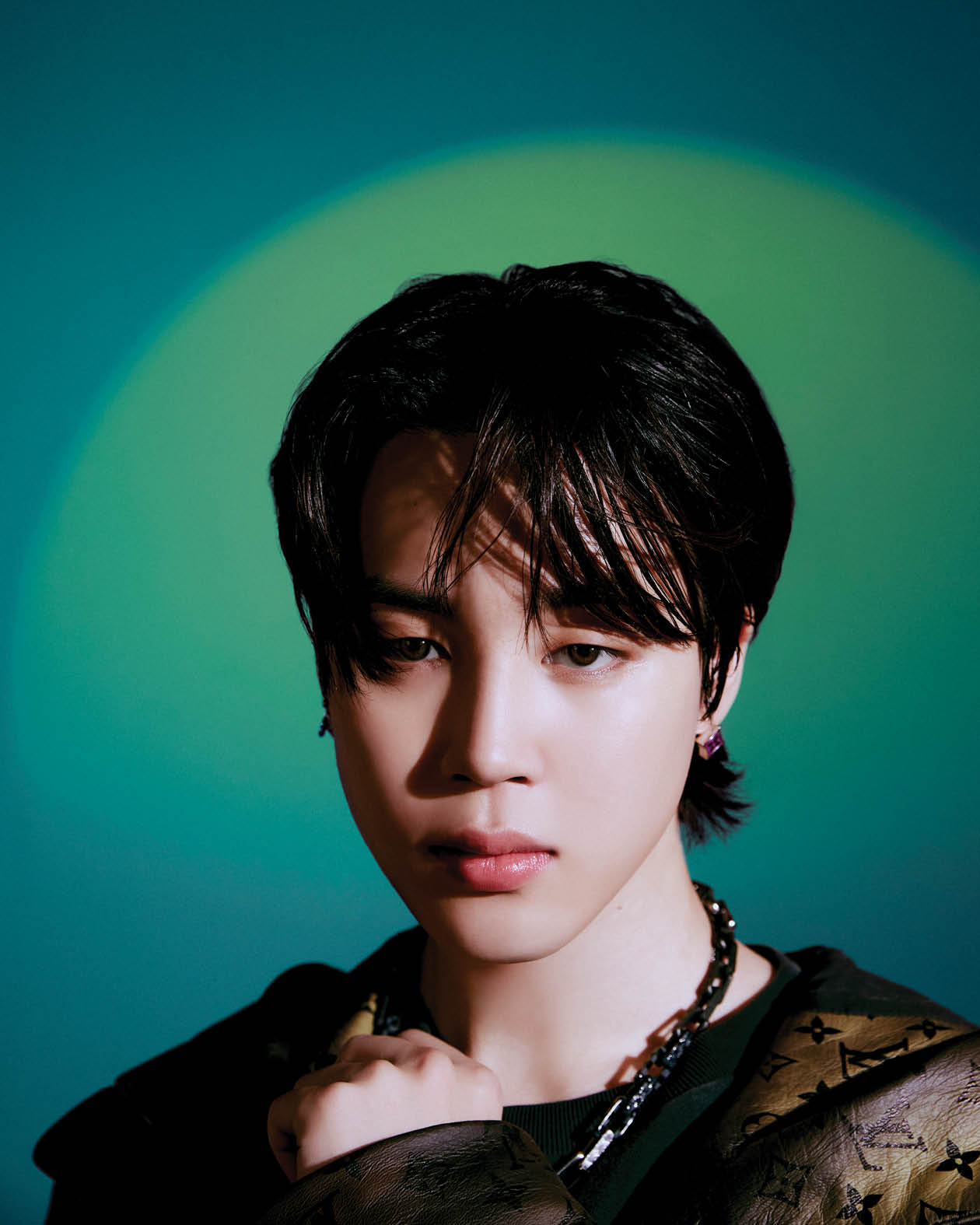 Are you working hard on your next songs?

I usually get inspiration from ordinary things or by talking to close friends, but since I haven’t been able to meet people, I couldn’t get much work done. Lately, Jung Kook is coaching me on vocals, and I’m trying new things.

It’s filled with abstract stuff. For example, I am curious about human relationship, which is a matter of interest for many people. I like talking about these topics, too.

How about dance? You once said in an interview, “Dancing is a world of my own and a space of my own.”

Yes, it really is “a world of my own.” Just like when I first learned to dance, I still feel I can be carefree, happy, and liberated. 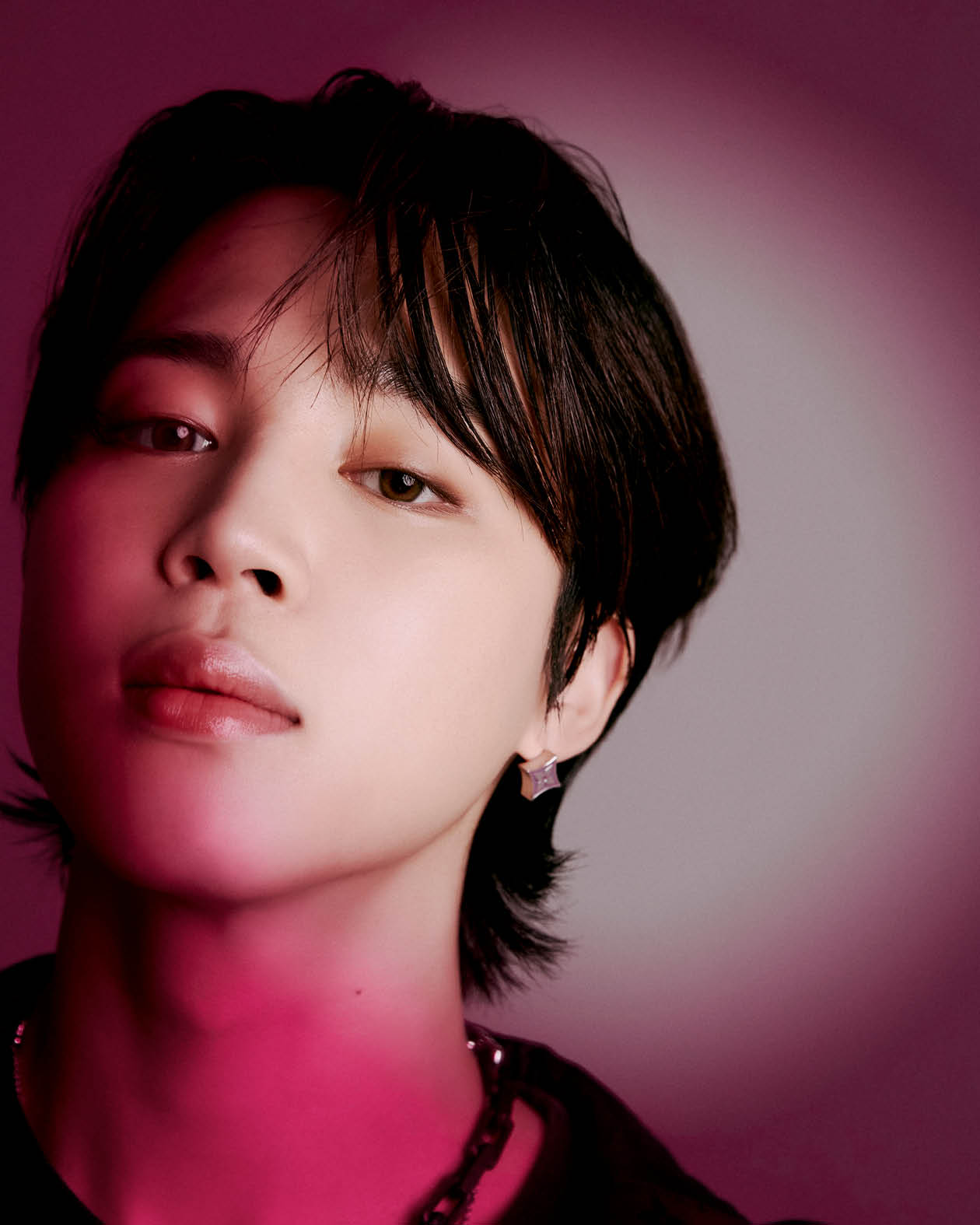