The never-ending evolution of SUGA's dreams. 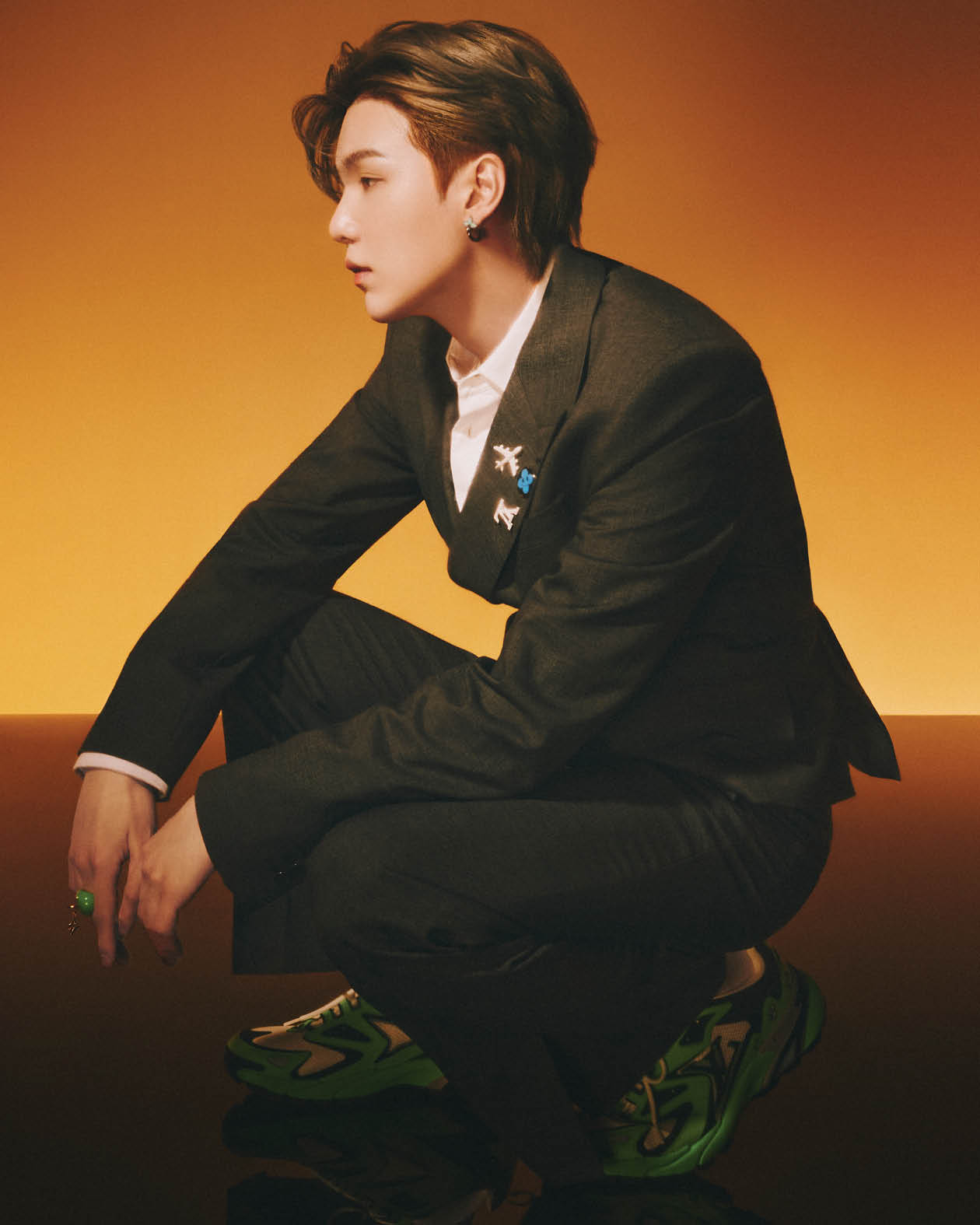 You seem to be relaxed and not swayed by emotional upheavals. What is your secret to staying calm?

Looking at things from a step back. It's natural for human beings to be emotional, but if you stop and take a step back, you see it better. When I find myself in a situation that can make me emotional, I stop everything. To be able to think for a while. That’s how I avoid arguing with others.

For you, what are some of the things that are right today but were wrong yesterday?

So many things. For some time since our debut, I was heavily influenced by the public’s reaction. I became very sensitive to how people responded, and yes, there were aggressive comments. But I’ve never met anyone in real life who would make such comments. Back then, it was wrong to spend so much time reading those comments on the internet. At one point, I realised that the internet was not quite the same as the real world. Some issues that seemed tremendously important online do not always matter so much in the real world. 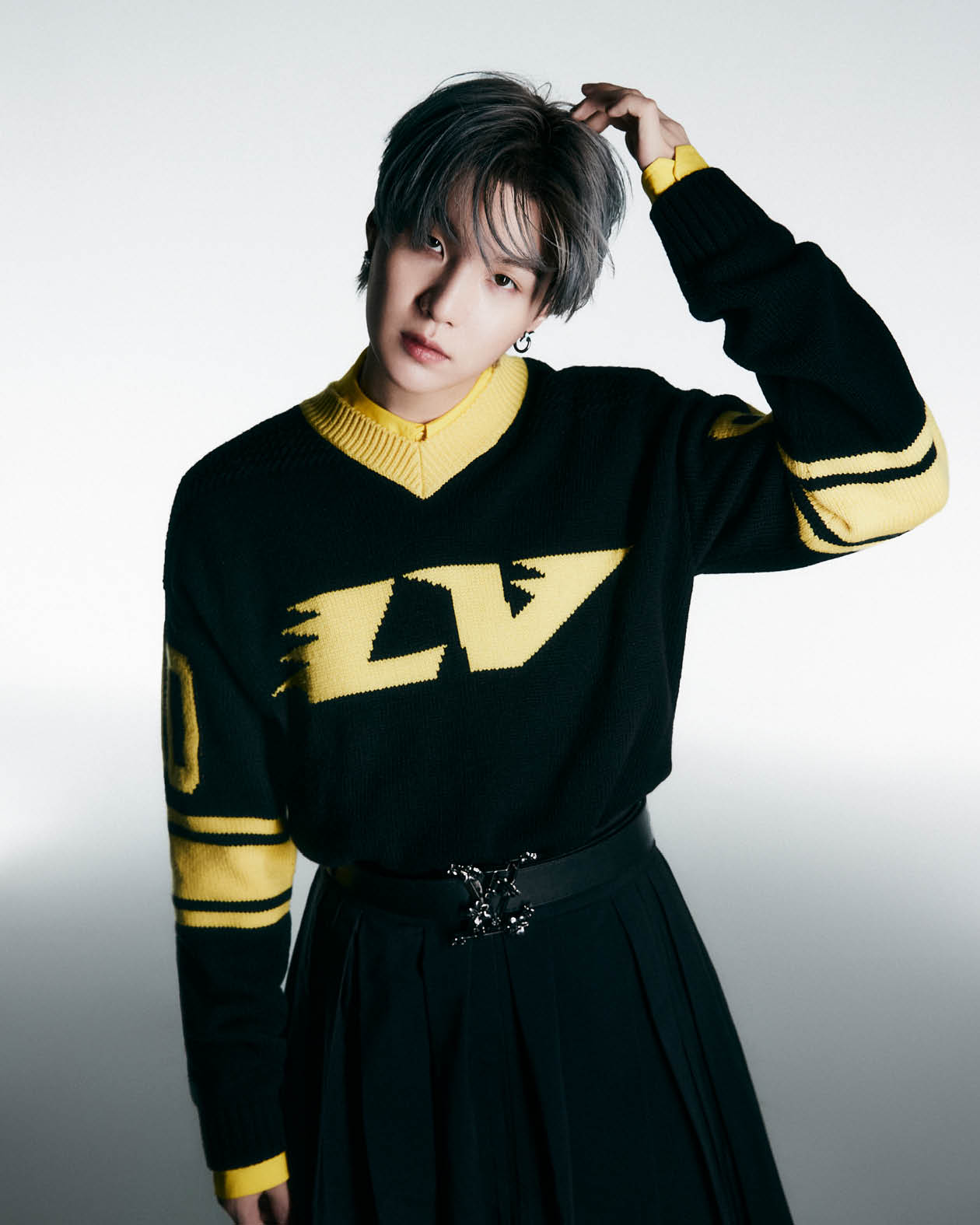 What are some performances that you still replay in your dreams?

Our final Seoul concert back in 2019 still feels like yesterday to me. I play the videos from then every now and then. Whenever I watch them, I always have dreams about it that night. All this time working on music, your attitude and perspective towards music must have changed as well.

What keeps your energy going?

The interesting thoughts in me. The work I’m doing outside the team, composing advertising jingles or light music. These aren’t things we used to do. These new attempts are giving me energy. They make tomorrow more exciting. I am now letting go of sorrow and anger because they eat away at me, and instead, I am focusing on the positive energy. 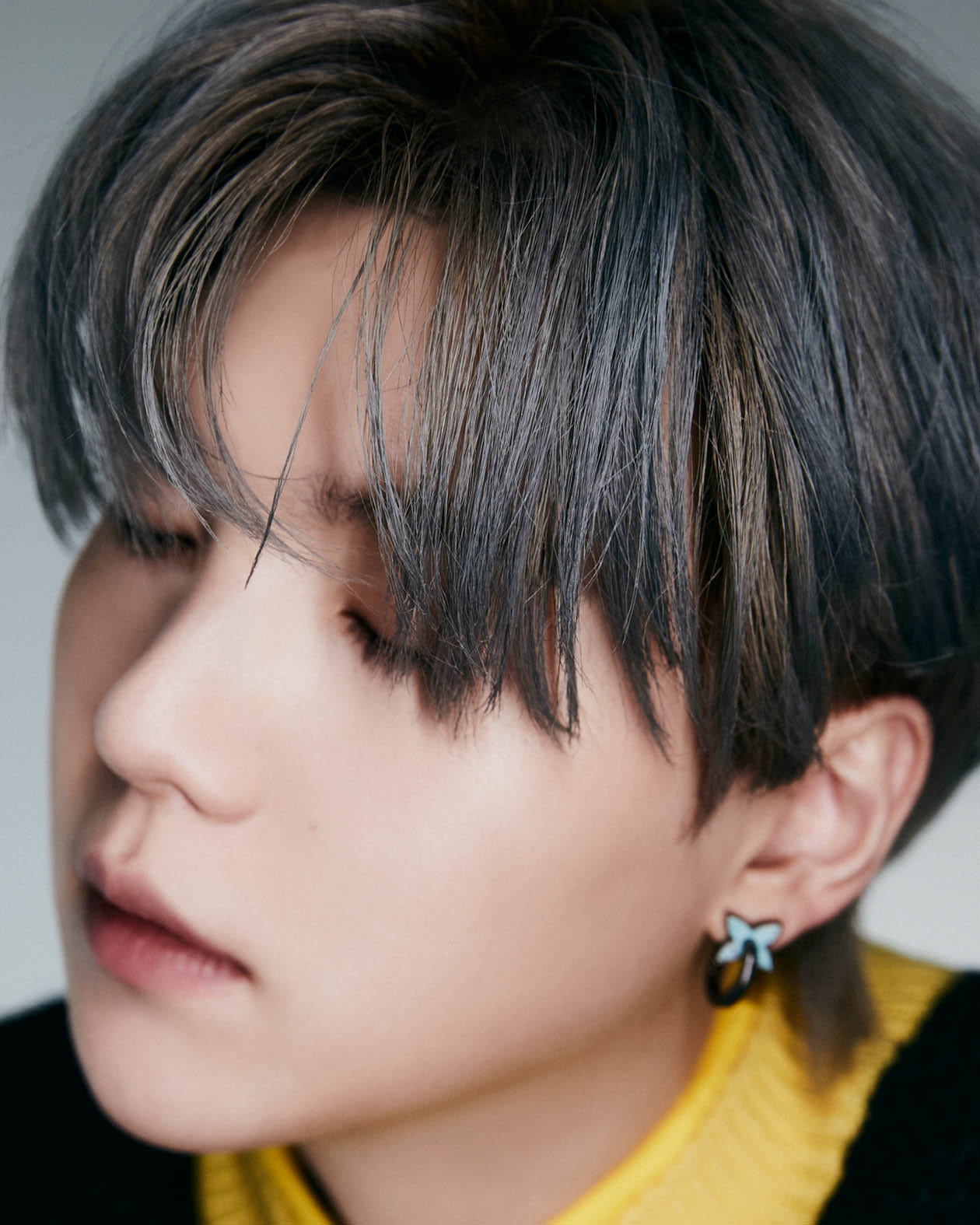 You mentioned in past interviews that you will stay a musician for a long time in the future. What is your secret to continuing to do what you like?

Not liking it too much. If you like something too much, you can’t keep doing it for long. I used to like things too much. I loved music so much, but there were times I tried not to like it too much. I still try not to. I don’t listen to music when I’m not working. I try to keep it as distant as possible. I listen to music only when I need it. Because if you love something too much, there will come a time you have to give it up because you love it too much. You should maintain a certain distance to keep doing it without becoming too immersed.

There are some deep and serious topics encompassed in BTS’ songs: dreams, reality, loneliness and hope. These are things that people want to talk about, and BTS speaks for them. What other keywords will you talk about from now?

I guess we’ll keep singing about dreams. I, personally, still have many dreams and will continue to keep on dreaming. Our stories will become more diverse, that’s for sure. I want to convey my own feelings and experiences through our music. 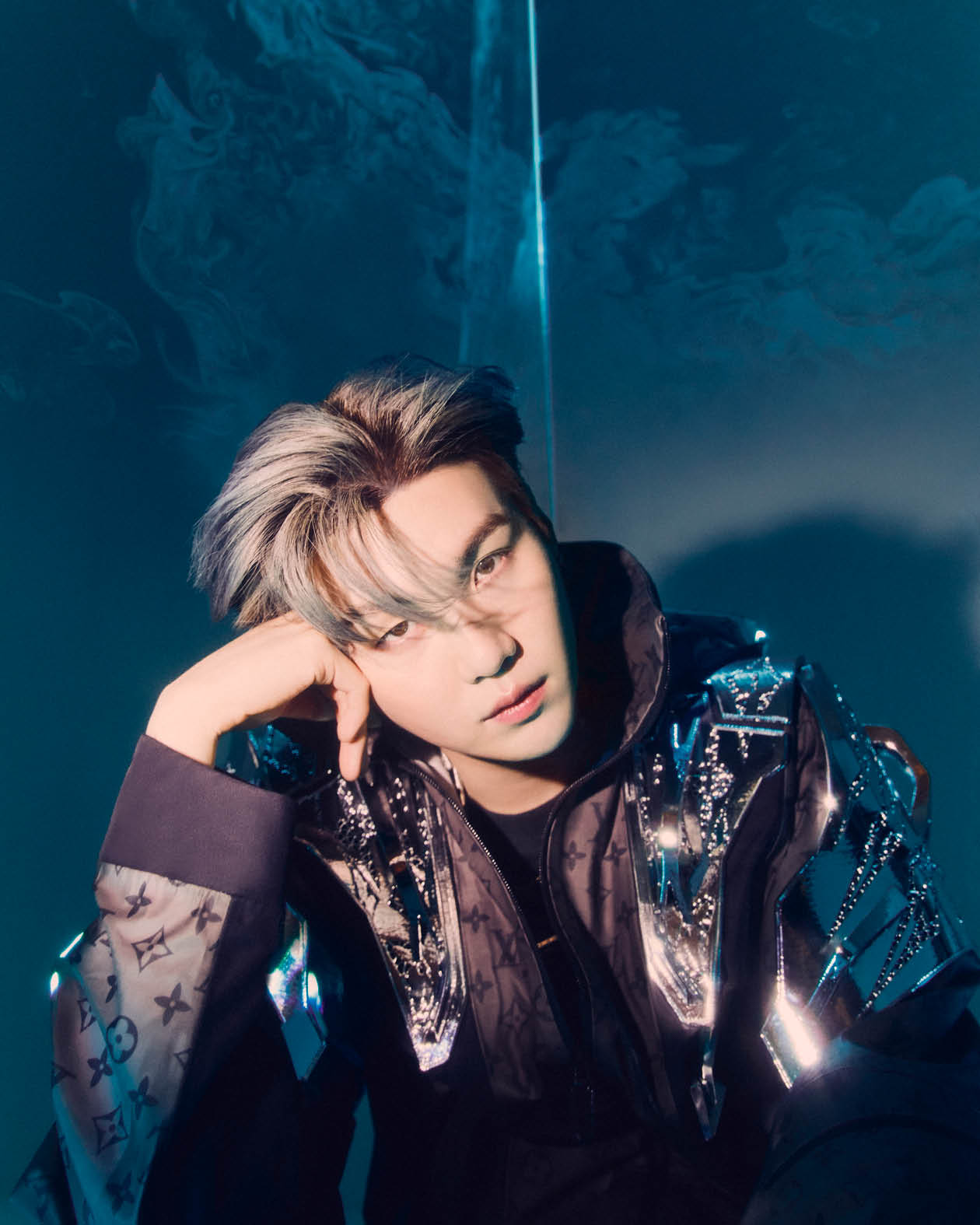 “Dream” is a keyword that’s special to BTS and more so to you. You saying, “Everyone’s equal when it comes to dreaming. It's OK if you don't have a dream,” gave comfort to many people struggling with reality. What should one do when they feel lost facing their dreams?

You don’t always have to try so hard. 7.8 billion people live 7.8 billion different lives. They shouldn’t be told to go in the same direction. The world seems to be particularly harsher on young people. When a young person pursues a path and doesn’t make it to a goal, the world talks as if they failed. But it’s not really a failure in the long run. I hope young people don’t beat themselves up for failing. It’s not their fault. They don’t need to compare. You don’t need to compare the size of your dream with anyone else’s. I may sound like I have big dreams, but not at all. I don’t have a dream right now. Am I unhappy then? No. I actually feel relaxed. I might have a new dream later, like playing basketball better or something. Achieving these small goals one by one is enough to make life valuable.

I used to look for reasons to live for each day, and then I realized it’s better to have peace of mind. My dream is to become a person who worries less and who’s more relaxed. They might say I can be so nonchalant because I’ve accomplished a lot. Whatever it is, it helps to have some dream that drives your life. And it doesn’t have to be big at all. 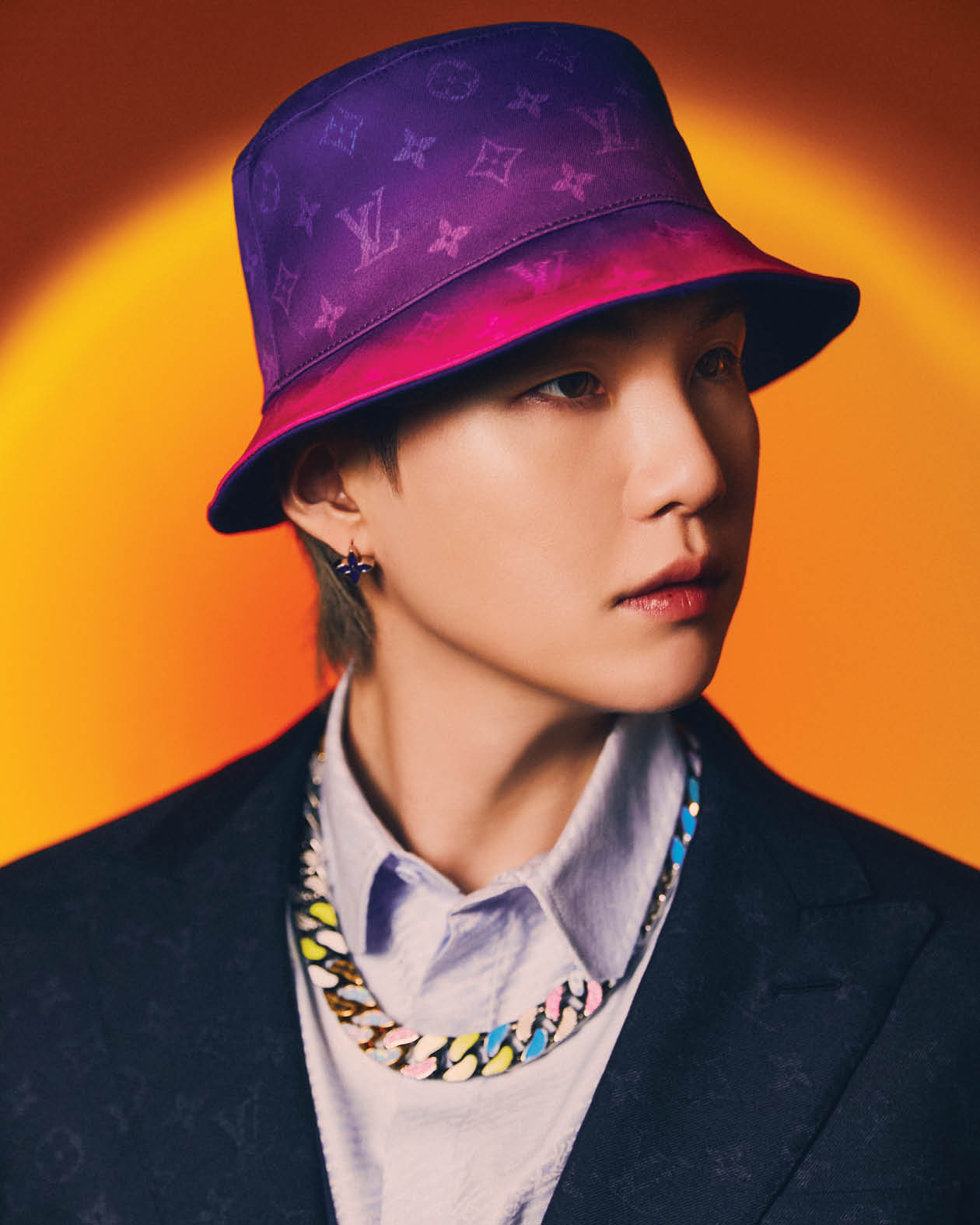 And it naturally comes to you when it’s time.

Absolutely. Dreams can change constantly. I am very different from who I was six months ago, and I will be different again six months later. We should accept the fact that people change. We only need to adapt to the changes.

Then can we assume that one day you’ll be singing folk songs? I heard you are interested in acoustic and folk music nowadays.

Maybe someday, I guess? These days I play the guitar a little less, but I’m practising singing. Other members tried to talk me out of it, but the people who like my voice gave me the courage to try. Boundaries are blurring between music genres these days, and I like crossover a lot, too. Maybe you will see me singing more often from now. 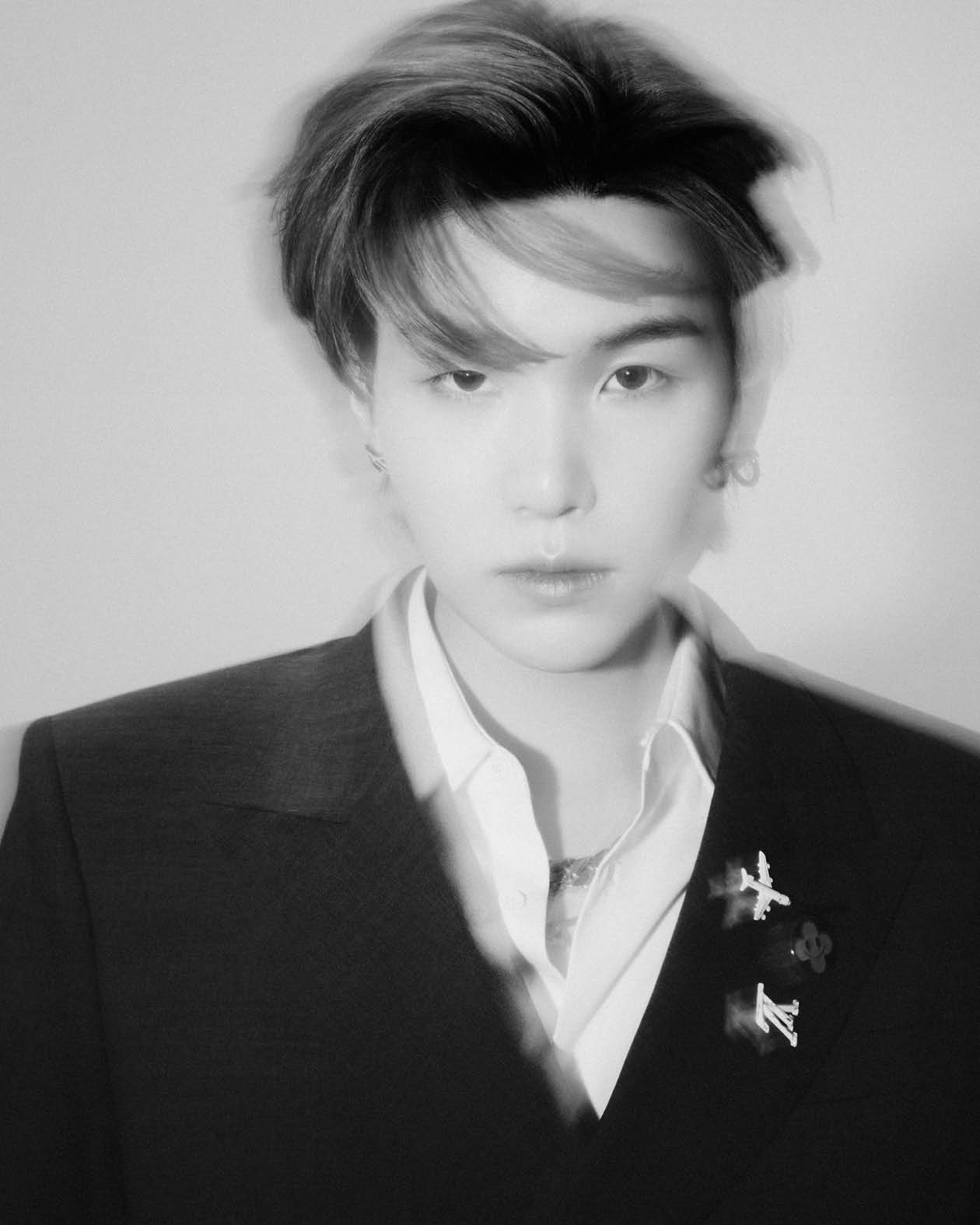