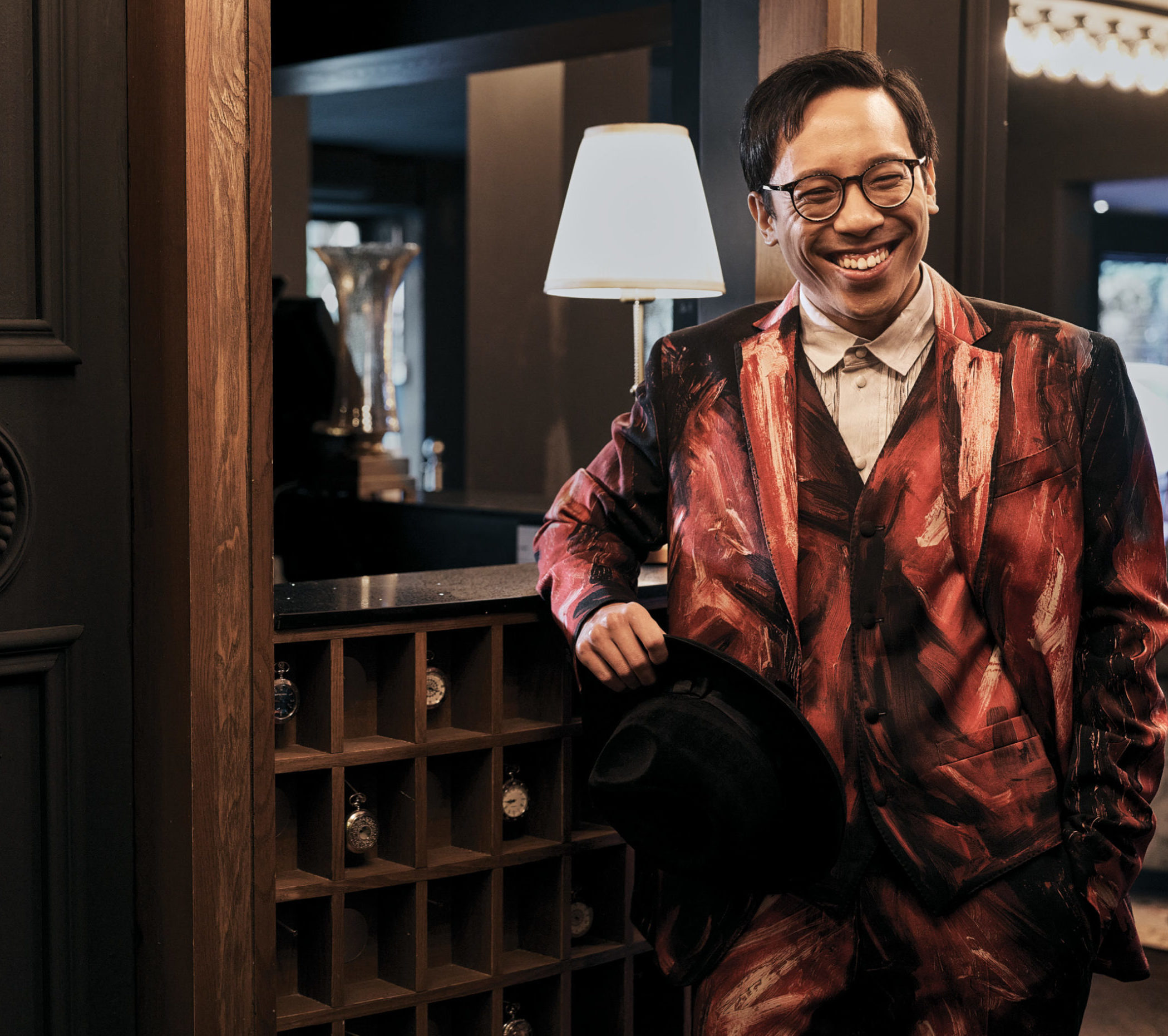 Writing is an activity for those who cannot stand to live under arbitrary constructs of civic minded morality. And the act of writing in itself isn’t good or bad; nor about profit or penury; being noble or hyperbolic. Quality writing is simply choosing to be courageous and allowing the chips to fall where they may. On that note, we introduce you to Stuart Danker, author of cyberpunk thriller - Tinhead City, KL. He might not realise it, but he’s a rare one. Not for the fact he’s managed to publish a sci-fi novel, but because he’s spent his life listening to that small meandering voice that has ultimately led him here.

WHAT AMBITIONS DID YOU HAVE GROWING UP?
None at all. I didn’t finish Form 5 because I didn’t enjoy it. Then I stumbled around until my 30’s, tried my hand at various things, from hairdressing, to auditing, to insurance sales. My parents were very open about everything. For sure they were worried but they allowed me to find myself or at the very least learn a skill. My father has always been the old-shool type, staying loyal to his company and being very disciplined about life. I suppose it was my mum’s influence, she was more of a talker. She taught me the value of speaking out instead of bottling things up.

HOW DID YOU GET INTO WRITING?
I was always a bit of a reader so that helped. When I lost my job at the hair salon and I failed at accounting, I decided to apply for a writing job online, putting together news stories. I think I found it at the right time because back then there were no such things as content jobs or at least work where you were able to express yourself. I discovered I liked to write.

WHY CYBERPUNK?
I like the dystopia of it, where technology has advanced to such a state where it’s actually on the way to ruining humanity. It’s a future environment where human life still exists but everything sucks and we’re barely getting by. I also love that it’s one of the most visual genres.

HOW DO YOU EXPRESS THE DARKER SIDE OF THINGS?
I think I make dangerous choices, in a sense. Someone once offered me a writing job in Myanmar without any paperwork. The deal was we’d work it out when I got there. I thought about it and decided at the very least it would be an adventure and give me some experiences to write about. So I promptly bought the tickets and jumped on a plane without a contract. As you might be able to tell, it didn’t pan out. But I don’t fear bad experiences. And I managed to milk this Myanmar experience to its maximum. After all, pain is required to do writing, if not its just putting words in front of one another.

WHAT’S YOUR WRITING PROCESS?
Basically I just start writing. There’s not a lot of pre-planning; I just let it all just come out. In my book, only one character is based on a real person, but other than that, the process itself is nothing special. It usually begins as a short story and the chapters keep coming after that. There are times when I wish I had more structure. So characters and story lines can intersect in interesting ways. But there are always pros and cons to both methods. For me, the worst part of simply opening a page and just running with it, you might reach the end of the story and realise there are a bunch of revisions you have to make so that’s there a deeper sense of coherence.

Stuart is in a shirt, waistcoat, trousers and pants by Moschino