50 Years of the El Primero: A Retrospective 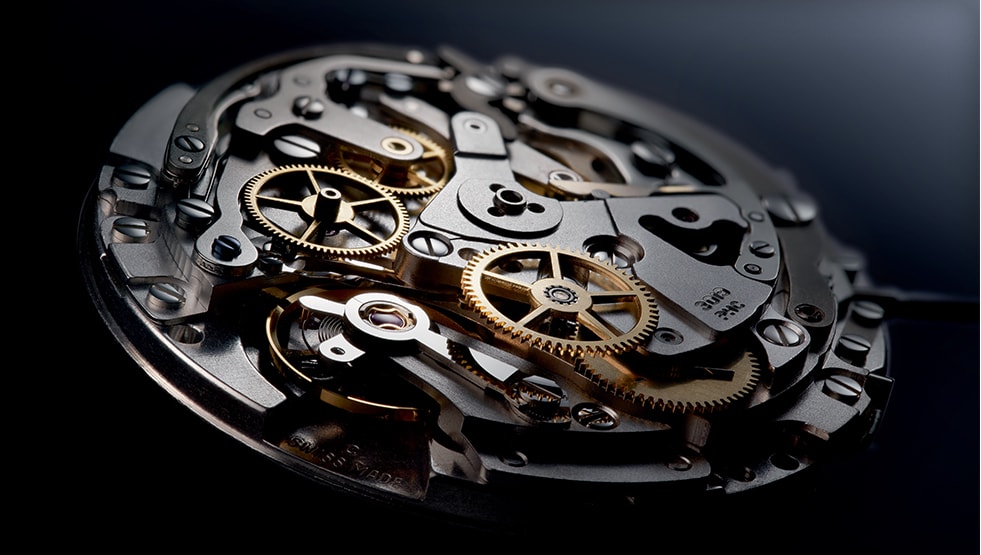 5 Podcasts For The Stylish Men Of Today To Tune Into
CultureRead More
Here’s The TAG Heuer x Fragment Design Heuer 02 Chronograph
StyleRead More
Keanu Reeves Makes His Comic Book Debut With BRZRKR
CultureRead More
Under Armour’s Hovr Phantom 2 Coaches You As You Run In It
WellnessRead More
What's up in the world of fashion, jewellery and watches? Sign up to receive it all.

El Primero, literally “The First”. The movement and its namesake watch collection are synonymous with Zenith today, and looks set to be the spearhead for the manufacture’s future.
The El Primero was first unveiled in 1969, and so named because it is the world’s first integrated self-winding chronograph movement. What’s more, it remains the world’s only high-beat chronograph in serial production today, 50 years after its introduction.

Some context here is necessary: Until the El Primero’s arrival, the Swiss watch industry only had hand-wound chronograph movements and modules that were stacked on existing calibres. An integrated automatic chronograph movement was at that time the next technical major challenge, and several brands were racing to be the first to conquer it – whether singly or together with other partners.

Zenith didn’t just manage to accomplish this alone, but went much further by developing a calibre that’s also high-beat, fairly svelte, and extremely robust. The El Primero’s 5Hz (36,000vph) frequency allowed its chronograph to measure elapsed time down to 1/10th of a second, which wasn’t just a finer resolution than its contemporaries, but also a convenient decimal subdivision. Its dimensions also ensured that timepieces fitted with it would remain reasonably sized (especially for its time). Finally, the movement’s robustness made it suitable for a wide range of applications. To prove this, Zenith famously strapped an El Primero chronograph to the landing gear of a Boeing 707 on the AF015 Paris-New York flight, where it made a full transatlantic journey while keeping perfect time.

Despite its technical merits, the El Primero – and the Swiss watch industry at large – ran into difficulties soon after with the Quartz Crisis. The watershed moment was Seiko’s introduction of Astron, the world’s first quartz watch, just months after the El Primero’s introduction. This precipitated a gradual shift from mechanical timepieces to quartz ones, and decimated the market for the former. Zenith wasn’t spared. In 1975, the manufacture was sold to the US-based Zenith Radio Corporation, which announced its plans to follow the market’s trend by pivoting towards quartz movements.

The El Primero was to be discontinued, with existing stocks and all related tools and material to be disposed of. The El Primero was would have been written off and lost to history had it not been for Charles Vermot, a watchmaker at Zenith. Vermot defied his management’s orders, and systematically hid the plans, tooling, parts, and other related equipment in Zenith’s Le Locle manufacture, thus saving the movement from being consigned to history. Should you visit the manufacture today, you’ll still be able to stop by the attic where Vermot hid the El Primero’s equipment.

The Quartz Crisis eventually ended, and mechanical movements saw renewed interest. Thanks to Vermot and his prescience, production of the El Primero could resume, and Zenith was able to supply the movement to external partners such as Ebel and Rolex from 1984. Vermot was still with Zenith during this period, of course, and the El Primero has seen uninterrupted production since then. In time, Zenith joined the LVMH group, where it was decided that the calibre’s supply would be limited to just the group’s own brands.

Far from just remaining stagnant, both the El Primero calibre and watch have been bolstered by new developments over the years. The El Primero Striking 10th, for instance, has a chronograph seconds hand that makes a complete revolution around the dial every 10 seconds to allow elapsed time to be read even more easily — down to 1/10th of a second, of course. Other new El Primero calibres have integrated complications like the flyback function and the big date.

Zenith has also added to the El Primero collection by introducing new timepieces such as the Defy El Primero 21, which measures time down to 1/100th of a second. With the collection serving as the central pillar for the brand, both Zenith and the El Primero look set to take on the rest of the 21st century.

Watches
Zenith
el primero
Augustman
Talk to Me About:
Watches