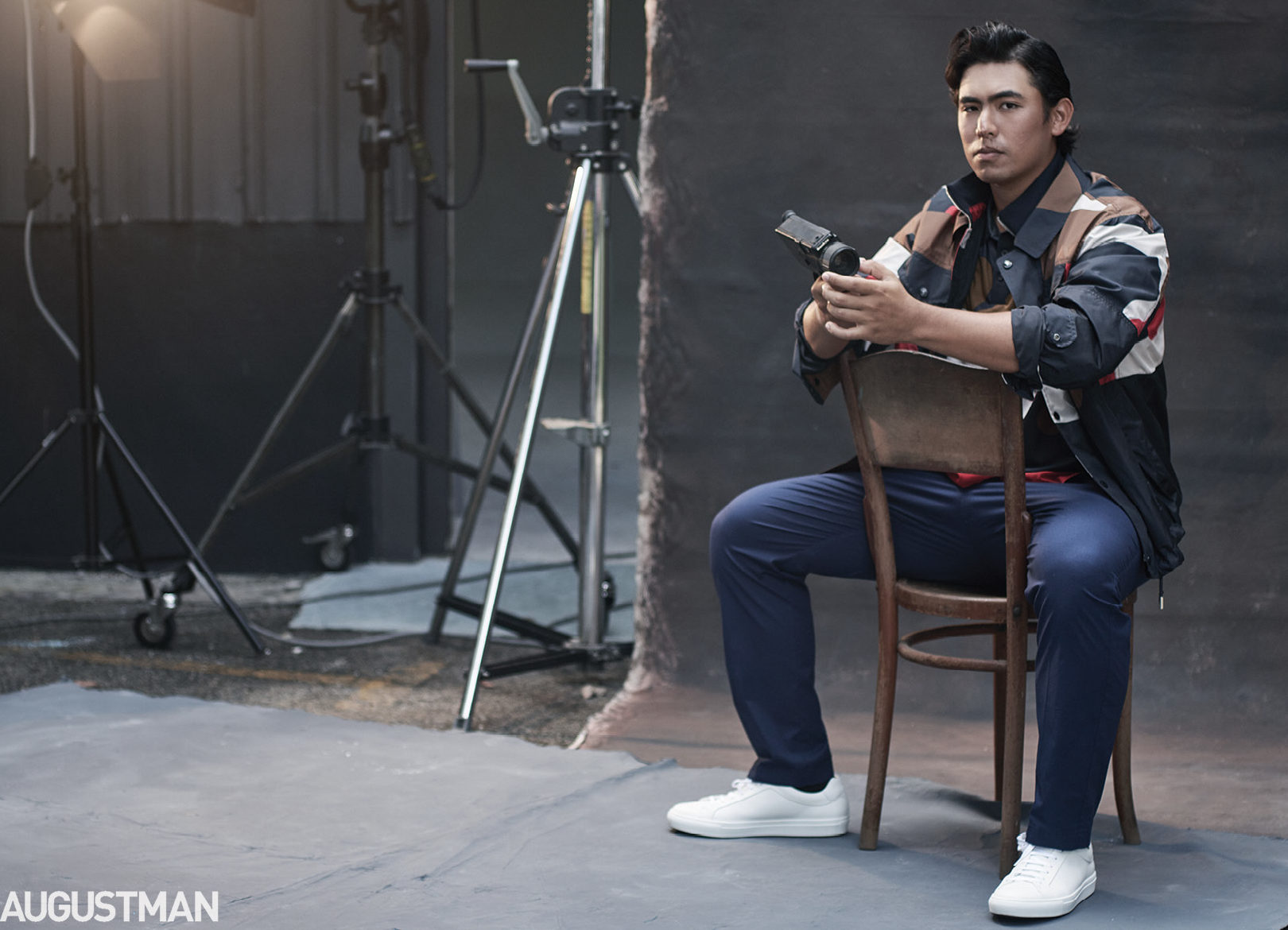 Representing Malaysia at Rio 2016, national golfer and (back then) newly appointed Friend of Hugo Boss Gavin Green competed as part of the nation’s latest generation of pride and hope. One of his most recent achievements came at the 2020 Saudi International where Gavin, now 26 years old and towering at over six-feet, is reported to have delivered one of his finest performances, finishing third in a tie.

In light of his prolific career, one can only imagine the sacrifice and extra work that Gavin has had to endure and put in on his way to becoming one of Malaysia’s most promising golfers today. Photographed exclusively for August Man Malaysia, Gavin Green embodies the Hugo Boss style, wearing the latest key looks from spring/summer 2020.

What was it like growing up, juggling studies, friends, golf and tournaments at the same time?

I used to skip a lot of school for golf. It was just very different. I would come back and be that much far behind whatever the class was teaching. I had to do a lot of one-on-one tuition and work extra hard just to get everything back on track. I did my PMR, and then SPM, prior to which I took six months off and did nothing else but study because I knew I had to pass the exams and go to college.

What kind of impact do you think it has had on you?

Having golf taught me to find balance in life from an early age, because you have to put in the extra work, play golf, study and, back then, I was representing the country, too. I had my weekends, just not your typical kid’s life. I wasn’t a gamer even though everybody else was. I was more into sports and played badminton, soccer, ping-pong, tennis, swimming, etc, in addition to golf.

“As I have grown older, I have learned to open up more because if you don’t ask, you don’t get. I’m in a position that allows me to talk to all the top players. I’ve had the privilege of playing with so many of them.”
Gavin Green

What did you do to hold your own and make the acquaintance of more experienced players when you first made your entry into the game?

I was usually a little bit shy at first, but once I got to know them, I would start to ask questions like, “What do you do in this situation?” and try to pick their brains and learn something from them. As I have grown older, I have learned to open up more because if you don’t ask, you don’t get.

I’m in a position that allows me to talk to all the top players. I’ve had the privilege of playing with so many of them, some of whom are among the world’s top 20 players, so I get a few tips from here and there, which have kind of helped me grow both as a person and a professional.

In what way has their experience helped you?

Simple things like my schedule. I spoke with a lot of pros, trying to figure out what events to play and what to skip. So when you’re starting out, you go for whatever event you can get because you’re not of a level where you can pick and choose your events.

As you get better and better, you build your events and get to start choosing which events to go for and which weeks to take off. It’s nice seeing the change, and the results showing up. And another thing I get a lot from fellow pros, especially the veterans, is to stay patient because with this game, the more you push, the harder it gets. It’s hard enough as it is, so it’s best to just stay patient and keep on practising.

On that note, what kind of training do you undertake on a day-to-day basis?

Lots of flexibility and lower body strength training, not so much upper body because if you get too big, you can’t really turn. So it’s mostly trying to recreate the swing you’re able to perform consistently under pressure. Personally, I hit the gym three to four times a week, not so much running because it’s bad for my knees. I cycle a lot instead, and do lots of stretching. I’ll probably be on the course four to five hours, three times a week.

In golf, do you push your limits like other athletes do?

You can’t really push too hard in golf. When you’re at a driving range, you can’t really simply hit a thousand balls. It’s going to kill you. You’re better off hitting 150 balls and be really specific and technical at it. It’s not about how many balls you can hit, but how well you hit them.

Another funny thing about golf is that sometimes you can just be having one of those really good weeks. You never know. For me, mentally, I just go out there with the mindset of just keep playing, keep enjoying the game and keep hoping for the results to show up.

“For me, mentally, I just go out there with the mindset of just keep playing, keep enjoying the game and keep hoping for the results to show up.”
Gavin Green

Please share with us your experience from the Rio 2016 Olympics.

It was awesome. We got to experience going to the 100m finals, 200m finals. There were a lot of games that we went to because we didn’t know what it was like. We stayed in the Olympics village, which was awesome and saw athletes running and working out 24/7. We were jet-lagged obviously, so when we looked out the window at 3am or 4am, we saw people running. For them, this is like a major major thing.

In golf, we have four majors, so for us, even though it’s big, we’ve got to treat it like another event because in order for us to do well, we can’t put extra pressure on ourselves, but the experience of going to the Olympics and being a part of the Malaysian team was truly something else. My dad even caddied for me.

I really look forward to the next Olympics. Tokyo has been in my mind since I left Rio actually. We understand that one of the most crucial aspects of being an athlete is funding.

What kind of support have you received from your sponsors, the latest being Hugo Boss?

Hugo Boss is a refreshing change. I was with Adidas for 14 years, that’s pretty much my whole life. So it’s good to be a part of this change. Adding to that, TPC Kuala Lumpur has been with me for about four years now. And also TaylorMade-Adidas Golf Company, my equipment sponsor. They’ve all been very helpful and understanding. I’m enjoying Hugo Boss so far. In fact, at TPC where I practise, I see many people wearing Hugo Boss pieces, only mine happen to be a bit more special now. You’ve also recently shot a video campaign for Hugo Boss.

Speaking of the world, what are your personal favourite golf courses around the world?

The one in Dubai. The course where we played was very close to town, so for one of the holes, you actually hit into the skyline of Dubai. That was dramatic and breath-taking at the same time. And obviously Scotland, the home of golf. You get all kinds of weather there, the cold, the hot, the breeze, the rain and, sometimes, all at once.

Grooming Essentials For Men Who Are Always On The Go