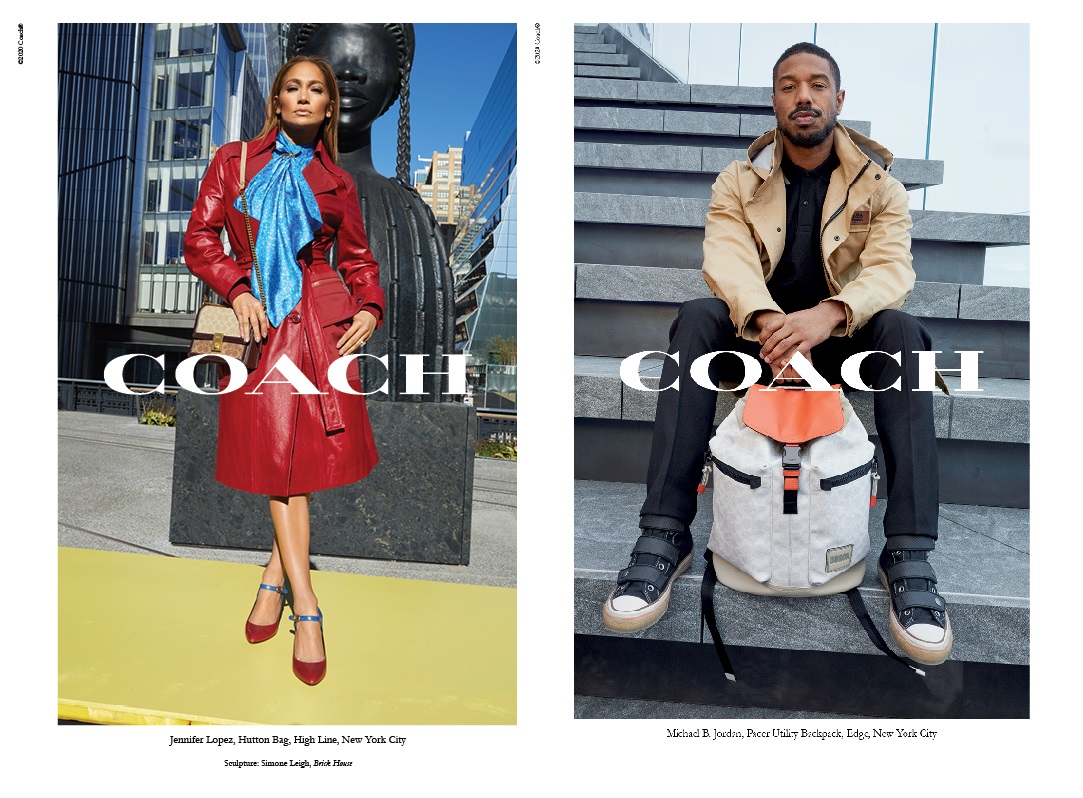 Jennifer Lopez is on a roll – first, the release of Hustlers to critical acclaim; then, her Golden Globe and Screen Actors Guild nominations; and now, a leading role alongside actor and producer Michael B. Jordan in the Coach Spring 2020 campaign entitled “Originals Go Their Own Way.” 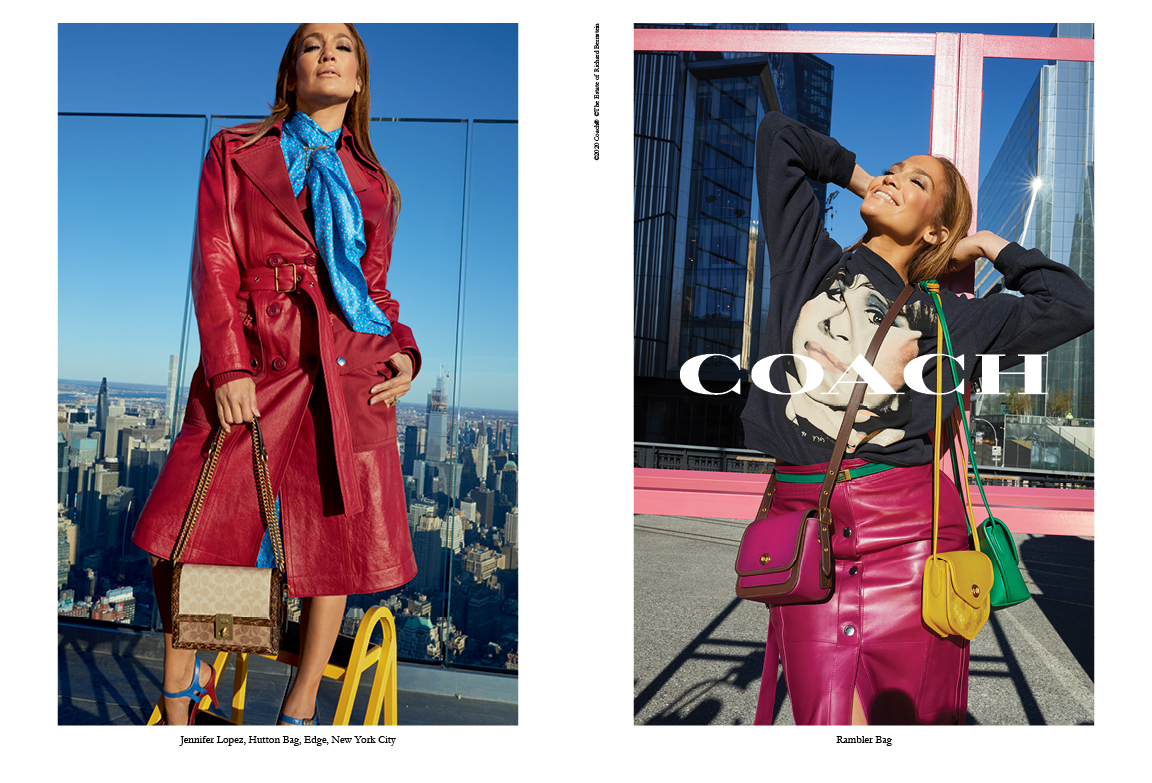 Set in New York City, Coach’s home since 1941, the campaign tells the story of authentic self-expression through the lens of its powerful cast while communicating creative director Stuart Vevers’ evolved vision for the house. Spontaneous, real and playful to reflect the inclusive and optimistic spirit of the house and New York City, it celebrates authenticity, individuality and those who forge their own unique way in life. Emphasized by the inspiring stories of Lopez and Jordan, both known as courageously independent individuals who have paved new paths while staying true to themselves, the campaign advocates for doing things your own way and expressing yourself through purpose and style. To bring the campaign to life, Vevers worked with photographer Juergen Teller, whose partnership with Coach began in the fall of 2019 and has continued through its holiday and spring campaigns. Shot in iconic locations around the city, including the Edge at Hudson Yards and the High Line, where Coach held its show for the Spring collection, the images also feature the sculpture “Brick House” by the artist Simone Leigh. The public artwork, a 16-foot tall bronze bust of a Black woman which references numerous architectural styles, is a symbol of inclusion, optimism and strength that sits beneath the house’s headquarters, and was featured in its recent show.

“At the start of a new decade, I felt instinctively that it was right to celebrate the color, energy and optimism of New York, our hometown and inspiration as a house,” said Vevers. “I loved working with Juergen to bring my vision for Spring to life, and to tell the stories of Jennifer and Michael in a unique and authentic way.” “I have a unique history with Coach that dates back to All I Have,” said Lopez. “It is a brand that embodies the essence of being born and bred in New York and I, of course, deeply relate to that. In all it creates, Coach promotes individuality and optimism in its style as well as a sense of authenticity and inclusion. Like me, we’re both New York originals, who create a unique mix of high-fashion with street edge. With Stuart’s designs and Juergen’s photography, we captured special and unique visual moments for this campaign with the iconic New York City skyline as the perfectly tailored backdrop.” “I’m proud to be part of the new spring campaign,” said Jordan. “The story of what makes an original is very meaningful to me for many reasons, and it was a great experience working with Stuart and Juergen to tell that story in a way that feels fresh and powerful.” “Originals Go Their Own Way” spotlights the house’s new Spring bags, including the o0k-lp-=0p8oHutton, the Rambler, and the men’s Pacer Backpack and Belt Bag—and a ready-to-wear collection featuring a bold new statement in leather, a reference to the house’s roots.

Actor, producer and the global face of Coach menswear Michael B. Jordan behind the scenes of the Coach Spring 2020 “Originals Go Their Own Way” photo shoot in New York City, shot by photographer Juergen Teller, under the creative direction of Stuart Vevers.