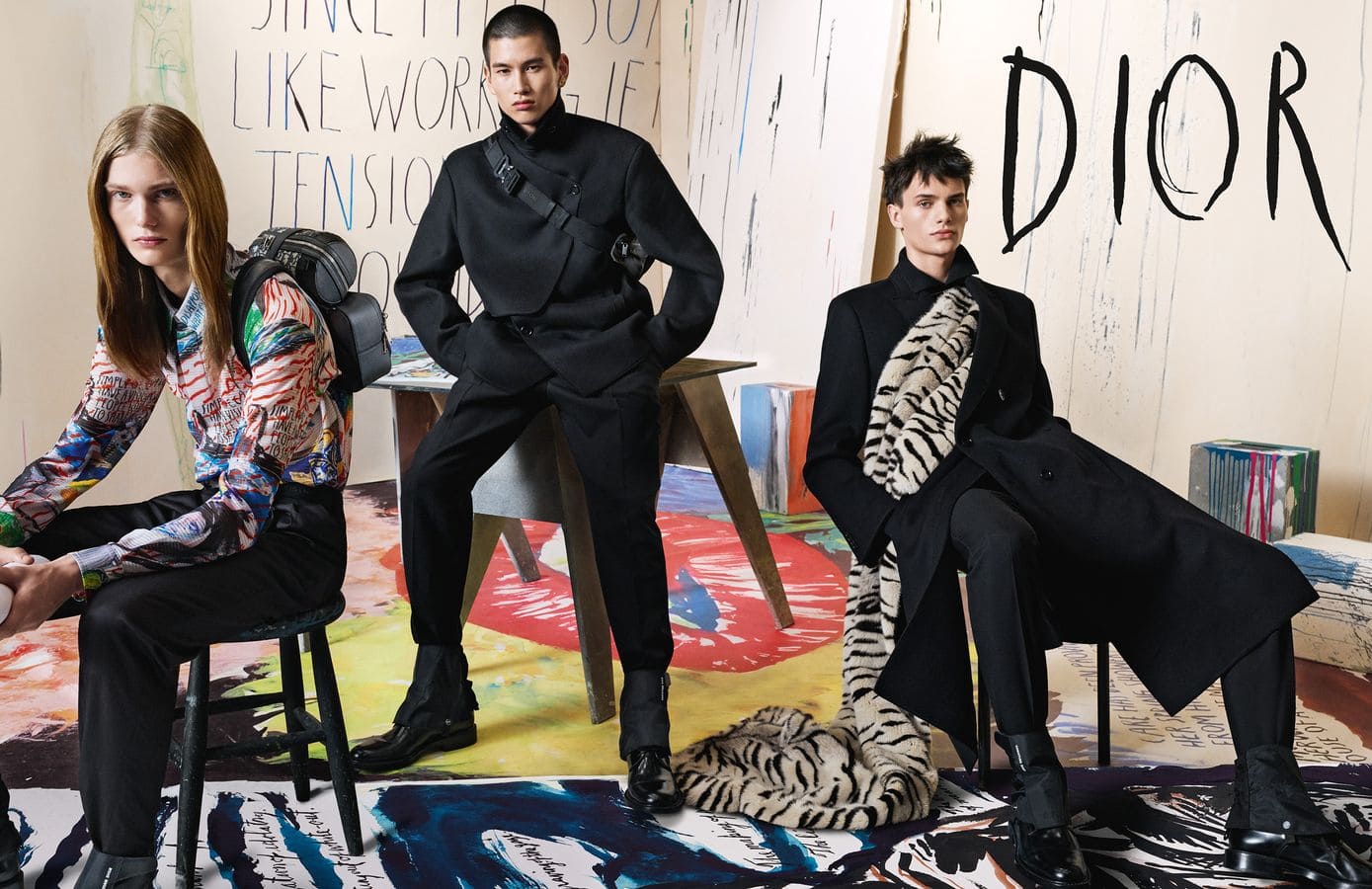 Dior chose a backdrop inspired by Raymond Pettibon‘s studio to showcase its Kim Jones-designed Fall/Winter 2019-2020 menswear collection. The French house’s new men’s creations are shown alongside works by the American artist, who was a seminal figure in the 1970s punk scene.

It’s only natural that Raymond Pettibon, who worked alongside Kim Jones to design Dior’s Fall/Winter 2019-2020 collection, was chosen to work on the accompanying campaign as well. The collaboration, a tribute to art – Christian Dior’s primary passion – is expressed first and foremost by the décor chosen as a backdrop to the visuals, a quasi-reproduction of the American artist’s studio.

The Kim Jones-designed Dior Homme clothing and accessories are highlighted by works from Pettibon, who has also taken the opportunity to create a punk reinterpretation of the house’s logo, blowing it up on the studio’s wall, and peppering it on a number of Yoon Ahn-designed jewelry pieces.

Besides the suiting, as modernised by Kim Jones, the Steven Meisel campaign puts forth cardigans, sweaters with arty patterns, and long, leopard-print coats. On the accessories side, the Saddle bag is now available for the season in a nylon crossbody version.