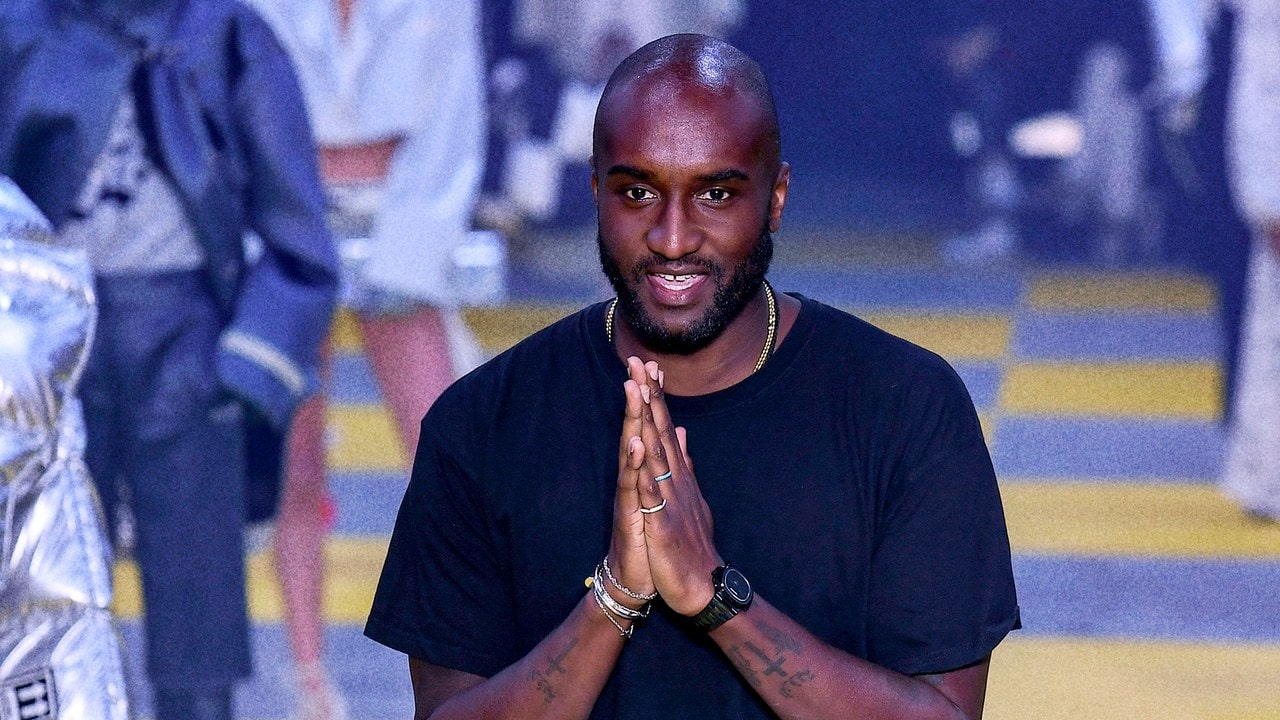 The fashion world mourns the passing of Virgil Abloh.

Abloh died on Sunday at the age of 41, with few aware that he had been battling a rare form of cancer, cardiac angiosarcoma, since 2019. A creative genius best known for bringing the street to the catwalk, he reimagined the profile of a fashion designer, merging streetwear, music and high fashion, and shattering glass ceilings as the first black creative director at Louis Vuitton.

His partnership with Kanye West catapulted Abloh from the skate and DJ culture of Chicago to the heights of the fashion world, first with his own red-hot label Off-White, and then to the apex of the traditional luxury industry in Paris.

His cancer diagnosis came just a year after he was appointed as head of menswear for Louis Vuitton, becoming the first black person to take an artistic director role at a top French fashion house. 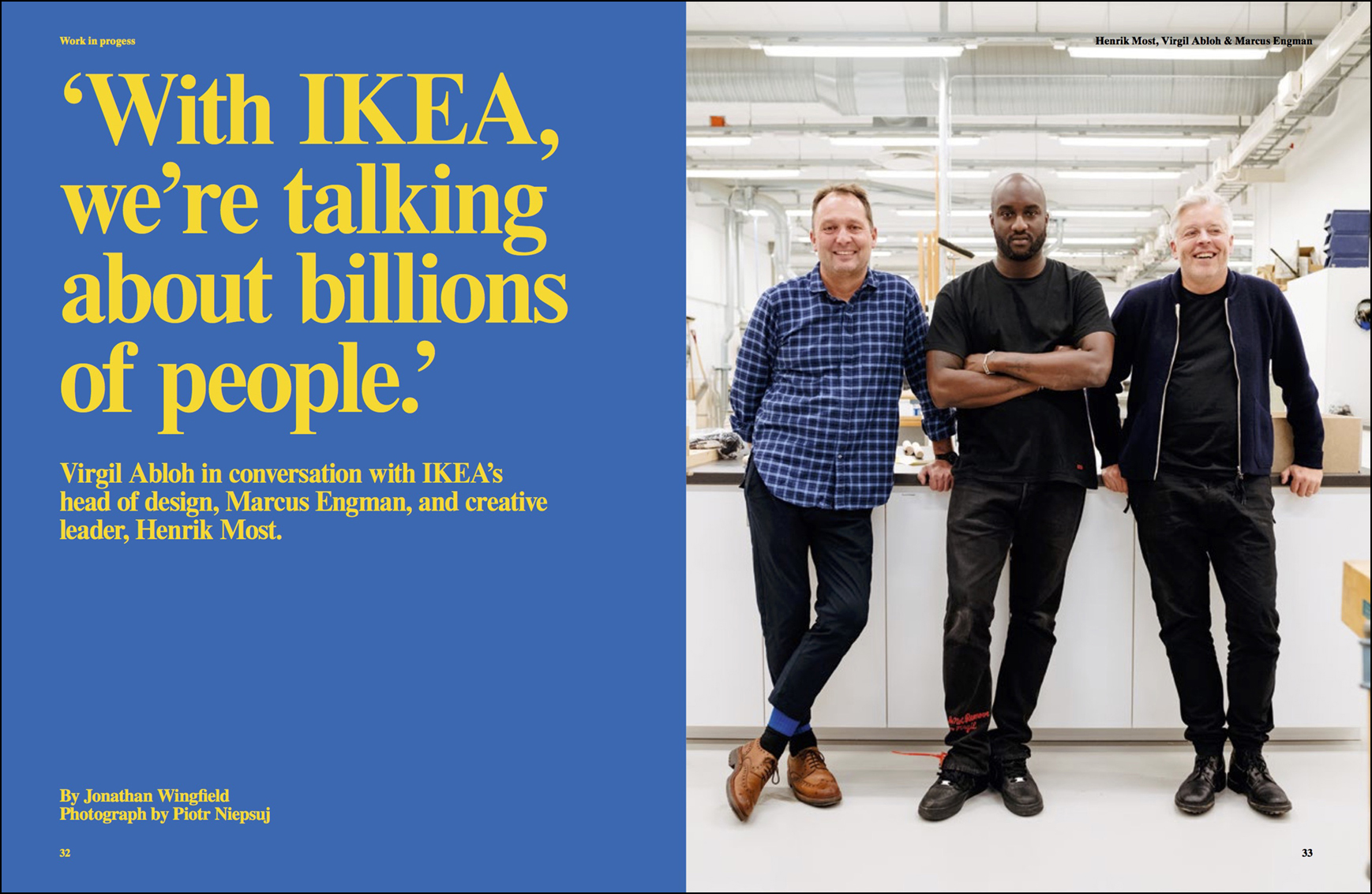 That did not stop him maintaining a gruelling schedule as he remoulded the label in his image, merging streetwear, social media, and celebrity – while also moonlighting as a DJ and a furniture designer for IKEA.

“Everything I do is for the 17-year-old version of myself,” he was often quoted as saying, as he pulled in the influences from his youth to breathe new life into the catwalk.

Virgil Abloh, the son of Ghanaian immigrants, studied architecture at the Illinois Institute of Technology, but his career took a surprising turn after his design ideas caught the attention of West, who hired him as his creative director in 2007.

The pair were determined to revamp the world of high fashion, and even took on an internship together at Fendi in Rome in 2009 in their bid to learn the business.

“I didn’t make a conscious decision one day that I wanted to be a designer,” he told GQ. “I made Pyrex, which in my mind was more like an art piece… and I needed clothing to support this idea.”

Pyrex quickly morphed into Off-White, which took the fashion world by storm by mixing urban style with high-end tailoring.

Its trademark diagonal stripes were combined with ironic messaging – often putting fashion terms in quotation marks on his clothing.

It all added to Abloh’s youth appeal, as did his early embrace of Instagram (he had 6.5 million followers at the time of his passing).

His 2017 collaboration with Nike became “the Official Sneaker of Celebrities Everywhere” in the words of GQ, and many more tie-ups followed, running the gamut from Jimmy Choo and Moncler to even McDonald’s.

That sealed the deal.

With the old fashion houses desperate to attract younger buyers, Abloh was the obvious candidate to replace Kim Jones – himself a pioneer of luxury streetwear – when he left Louis Vuitton.

The reactions to his death reflect the fact that Abloh seemed to have only just arrived and had much more to offer.

“We are all shocked by this terrible news,” said Bernard Arnault, chief executive of LVMH, the group that owns Louis Vuitton and had taken a majority stake in Off-White this year, in a statement.

“Virgil was not only a genius designer, a visionary, but also a man with a beautiful soul and great wisdom,” he added.

Abloh looked set to offer a powerful voice for change in the fashion world, vowing “to expand opportunities for diverse individuals and foster greater equity and inclusion in the industries we serve”.

His first show for Louis Vuitton in March 2018 with models from around the world strutting down a rainbow runway.

Abloh faced some backlash in 2020 when he voiced anger over the rioting that accompanied protests over the murder of George Floyd in the US.

But that did little to dent his status as a ground-breaking figure.

“RIP VIRGIL ABLOH. No one will forget the impact you had. God bless you my friend,” tweeted the French football star Kylian Mbappe.

American singer Pharrell Williams wrote on Instagram: “Virgil you were a kind, generous, thoughtful creative genius your work as a human and your work as a spiritual being will live forever.”

Actor Riz Ahmed tweeted: “Gone too soon but your legacy lives on. Stretched culture and changed the game. Thank you for all you did to support so many & how you pushed us to reimagine what’s possible.”

The Most Viral Fashion Moments Of 2021

Harry Styles Has Been Named The Top Style Icon Of 2021