Our brands
Homepage > Style > Fashion > Dress Like James Bond: A Guide To Men’s Dress Shoes, From Oxford To Loafers 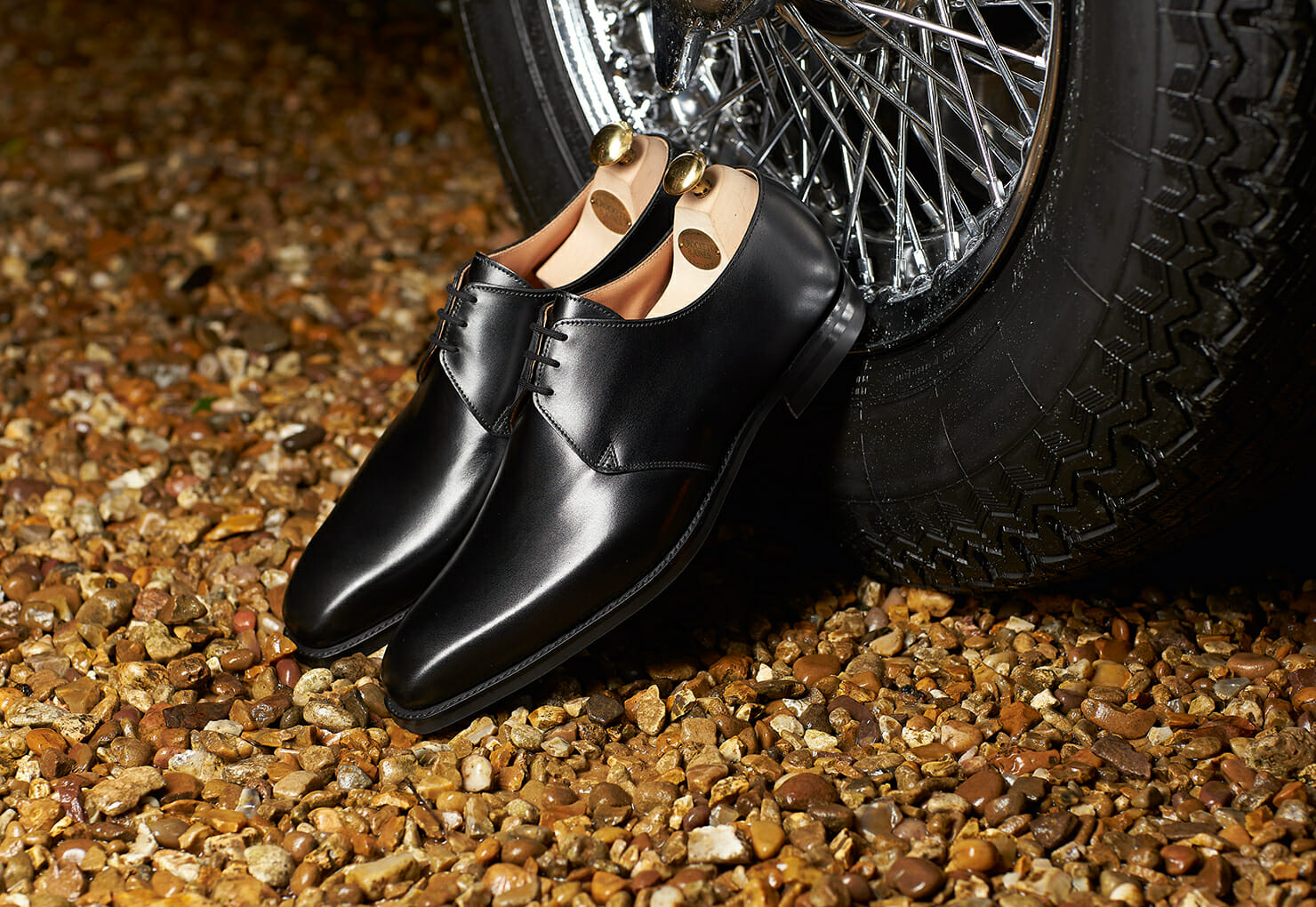 Dress Like James Bond: A Guide To Men’s Dress Shoes, From Oxford To Loafers

There’s plenty to envy James Bond for — the adventures, the cars, his way with the ladies — but it’s the spy’s impeccable style that has kept generations of men enthralled.

That’s been the case since Sean Connery took on the role of Agent 007 in 1962. For the next two decades, he would define the suave, sharply tailored look of cinema’s favourite man on a mission, setting the foundation for all other Bond actors to come after, including Pierce Brosnan and, now, Daniel Craig.

While James Bond is best remembered in a tuxedo, his sartorial arsenal also includes an array of luxury watches, bow ties, and, of course, dress shoes. In a world where trendy sneakers are the go-to footwear, there’s something admirable about sticking with the classics — and knowing exactly which pair of leather shoes every situation calls for.

With No Time To Die finally to hit the silver screen, we break down the many types of dress shoes you will find in the wardrobe of its polished protagonist, and how to wear them as well as Bond, James Bond.

Oxfords, especially those made from black calf leather, are the standard shoes when suiting up for a black-tie event. They are marked by their closed lacing, a low instep and a thin, non-rubber sole (preferably leather). Keep in mind that the fewer details they show off, the sharper you look.

Naturally, Bond has worn some of the finest pairs in cinematic history. Across the movies Skyfall, Spectre and No Time To Die, Daniel Craig’s 007 was specially fitted into custom designs by Crockett and Jones, a heritage brand based in Northampton, England’s famous shoemaking town. Needless to say that the brand makes some of the finest oxfords around, and to celebrate No Time To Die, it has released a special edition aptly called “James”.

Like its namesake, “James” is sleek and superior, crafted from the finest box calf leather sourced from the best tanneries in Europe. The interior is just as impressive as the exterior: the shoes are fully lined in leather, and you’ll spot Crockett and Jones’ signature Hand Grade leather soles as well as a silver foiled “007” logo that can also be found across the packaging of the shoes.

The derby features visible flaps that result from its laces being sewn on the outside of the shoe. This makes it a little less formal than the oxford, which has closed lacing, but Bond has proven that the style nonetheless pairs well with dark suits, dinner suits and any outfit that calls for a blazer. Again, the key is to go for a minimalist black leather pair, preferably with a thin sole and a plain (read: unembellished) toe.

Craig’s Bond relies on Crockett and Jones’ “Highbury” shoes, but the superspy might trade them for the new Vendôme Flex Derby shoes by Louis Vuitton if he knew about their versatility. The French luxury brand has reworked the traditional derby’s sole, lining and upper leather to be a lot of softer, resulting in a pair of shoes that are as comfortable and flexible as sneakers (seriously). We can imagine these dress shoes coming in handy whenever Bond needs to make a speedy exit.

The brogue is marked, quite literally, by decorative stitches, perforations and serrations across its exterior (i.e. broguing). If it features a cap toe (that is, a line of stitching across the front of the shoe), it’s either a semi-brogue or a quarter-brogue. If it has a wingtip toe (a line of stitching that looks like a wing or the letter “W”), then it’s either a full brogue (which has a closed lacing like the oxford) or a longwing brogue (which always has a derby-style lacing).

Yes, we know, it’s confusing. But if you want to look your most elegant, just remember: the less broguing, the better. Pierce Brosnan was the first Bond actor to wear a pair of full brogues. In Goldeneye, he sported a pair in walnut brown leather — not the most formal, but it could be if he had picked a darker shade.

The Berluti pair featured above is similar, but it’s made from a beautiful leather that is naturally tanned with a mahogany patina. Inside, it’s fitted with soft leather lining and soles. Despite the extensive broguing, you could get away with wearing them to a business meeting if you styled them with a navy suit.

With all this talk about laces, it’s easy to forget about monk straps. These dress shoes, which feature a metal buckle fastening, are less formal than the oxford but are slightly more so than the derby. And they can be very classy, as demonstrated by a Brioni-suited Brosnan in The World is Not Enough. Craig’s Bond, too, wore a pair of double-strap, monk-style boots with his tailored ensemble.

You’ll usually find monk straps in suede or leather, but you should opt for the latter if you’re dressing to impress. This all-black pair by Dunhill is suitable for fancy dinners, and your feet will be thankful for their cushioned rubber soles.

Loafers do without either laces or buckles, making them very casual when it comes to dress shoes. All you have to do is slip them on. Still, they were a staple of Roger Moore’s Bond wardrobe, especially styles in darker colours. These were often matched with socks to smarten them up.

A polished, frills-free pair in black leather will go nicely with a sporty suit, but if you’re hitting some far-flung holiday destination as James Bond often does, you should do so with these Brunello Cucinelli penny loafers that boast a superior level of comfort.