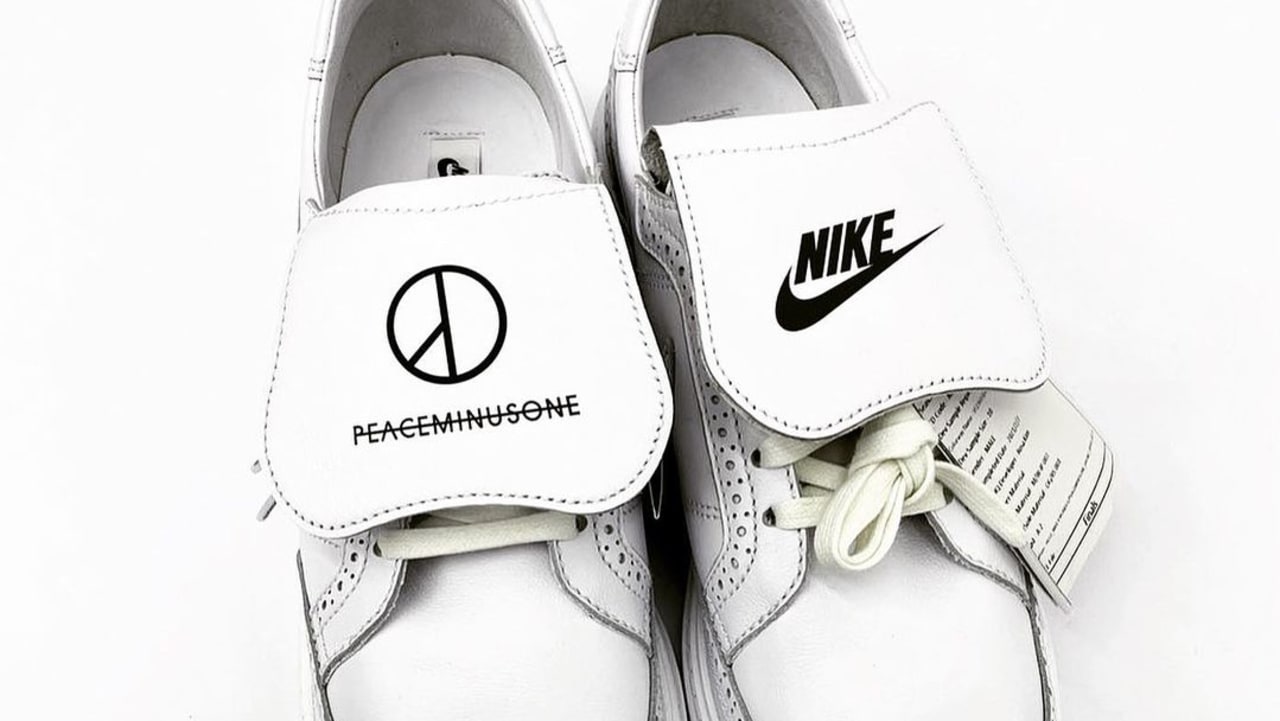 This December, expect a brand new collection of sneakers that come with a little holiday magic.

Hip-hop fans will be treated to Nike sneakers that were once made exclusively for Jay-Z and Kanye West. The latter rapper himself is adding a new basketball shoe silhouette to his Yeezy x Adidas collaboration that’s sure to make haters jealous and launch a thousand memes.

In non-Ye news, the most anticipated Crocs of the year are finally dropping, after months of teasers. And Japanese label Sacai has followed up with yet another pair of Nike Blazer Low shoes inspired by American artist KAWS.

Since it’s the season of giving, why not snag a pair of limited-edition sneakers for a loved one?

Below, 11 new sneakers that would make excellent gifts this December 2021, from Nike, Yeezy, Adidas and more.

Following its Formula 1-inspired take on the XC-72 sneakers, Casablanca has now added a minimalist style to its collaboration with New Balance. Instead of the streetwear label’s usual colour-blocking touches, the new XC-72 shoes offers a clean look with their white perforated leather uppers, cream suede overlays and beige rubber outsoles. The only hint of colour can be seen on the tongue and heel tab, which are stamped with green and bright yellow branding.

GD’s Kwondo 1 isn’t Nike’s only big release this month; another collab worth camping for is this crystallised pair between the sports giant and Swarovski. Available in “Triple White” and “Triple Black”, the classic kicks come with removable overlay panels that are adorned with over 228 individual un-faceted retroreflective Swarovski crystals, as well as large screws.

These crystals — created exclusively for Nike — were inspired by road reflectors to return light, so these are just as eye-catching at night as they are in the day. The modular four-piece shroud over the kicks can be customised with various screw placements too.

The striking attachment sits over a pair of also premium leather AF1s, which reveal themselves if you remove all the screws via a matching “NIKE AIR FORCE 1” marked screwdriver.

G-Dragon’s follow up to the Air Force 1 “Para-Noise” and “Para-Noise 2.0”  doesn’t disappoint. Based on the South Korean artist’s unique style, the Kwondo 1 (inspired by taekwondo and a portmanteau of G-Dragon’s legal name Kwon Ji-yong and Nike‘s “Just Do It” slogan) is like nothing you’ve seen before.

The clean white shoe features premium leather uppers that are marked with classic brogue details. You’ll find plenty of branding throughout in the form of PEACEMINUSONE’s daisy, namely at the rear, panels over the laces, and on the insoles. The solid soles also feature the recognisable symbol. Expect swappable PEACEMINUSONE aglet marked laces and a special shoebox with matching packaging. 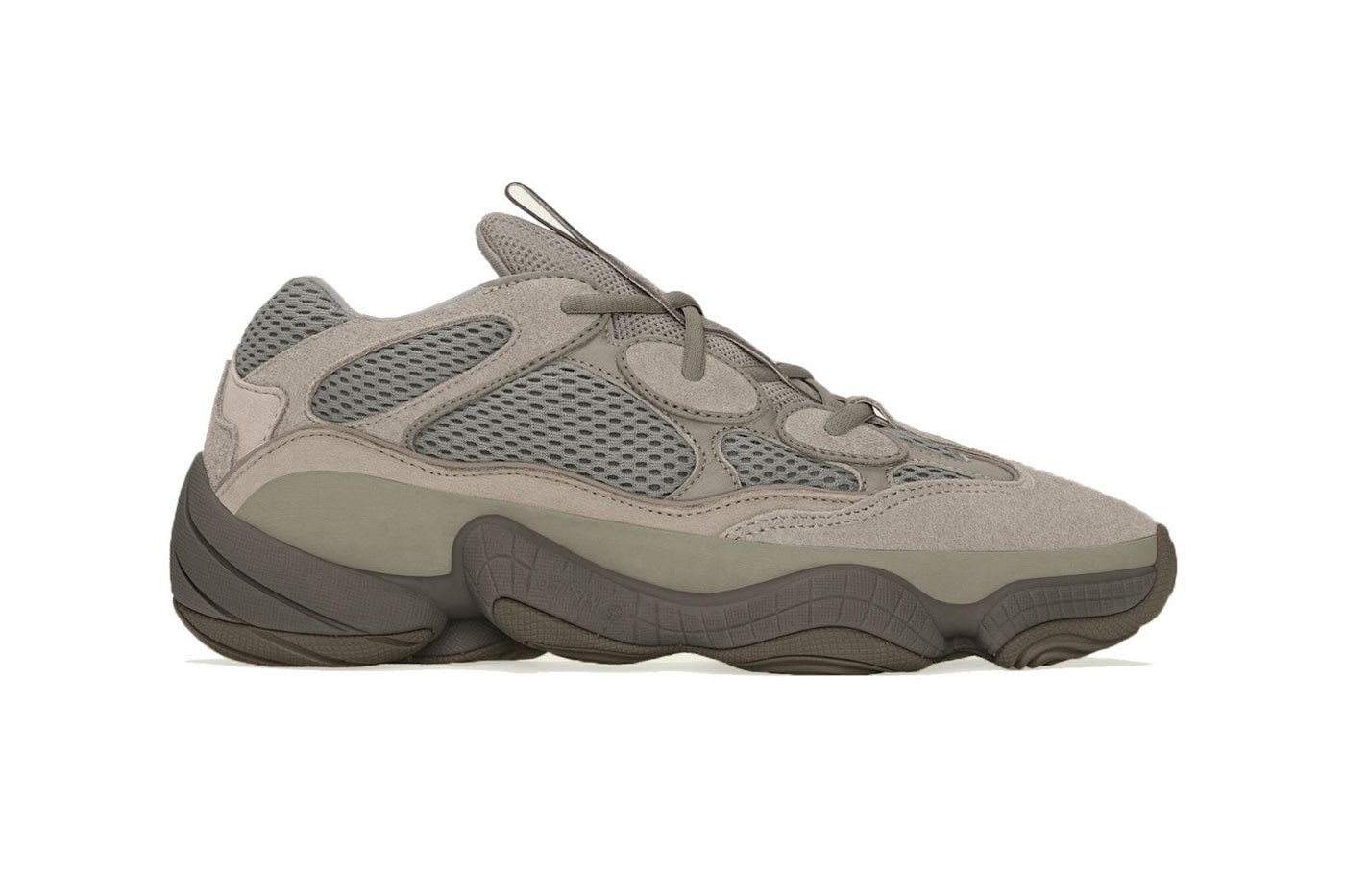 Yeezy will also have a busy month this festive season; besides the BSKTBL KNIT below, the brand will also expand the Yeezy 500 range with an ‘Ash Grey’ colourway. The sneakers come in a spectrum of the neutral colour, from the mesh, suede, and leather on the uppers, to the mesh tongue that’s highlighted by a 3M reflective panel detail. A mudguard in a similar grey sits over the chunky adiprene cushioning technology-clad soles in a much darker brownish-grey hue. Perfect for those who dare not venture out of monochromatic territory.

Nike and Sacai’s collaboration with American street artist KAWS continues. If you didn’t score the trio’s Blazer Low sneakers in “Neptune Blue” or “Team Red”, you still have a chance to snag the upcoming “Purple Dusk” colourway, which is arguably the best one. The bright details of the shoes, such as the purple laces, or Swooshes in blue and magenta, all nod to KAWS’ colourful creations. The artist has also left his “XX” imprint on the midsoles.

You’ve watched Kevin take down those poor fools time and again, now walk in his shoes — quite literally — with this special release by Adidas this year. Inspired by the very same pair that he wore while protecting his house that fateful night, these Forums come with little easter eggs that fans will appreciate.

Lace jewels recall the (frankly, quite sadistic) booby traps that he set up, while the distinctive burn marks throughout will have you smiling at the thought of that famous fire scene. The insoles feature Kevin’s intricate plans, as well as scenes from the movie. To top it all off, a doormat-style label on the tongue nods to the house where the mayhem started at. 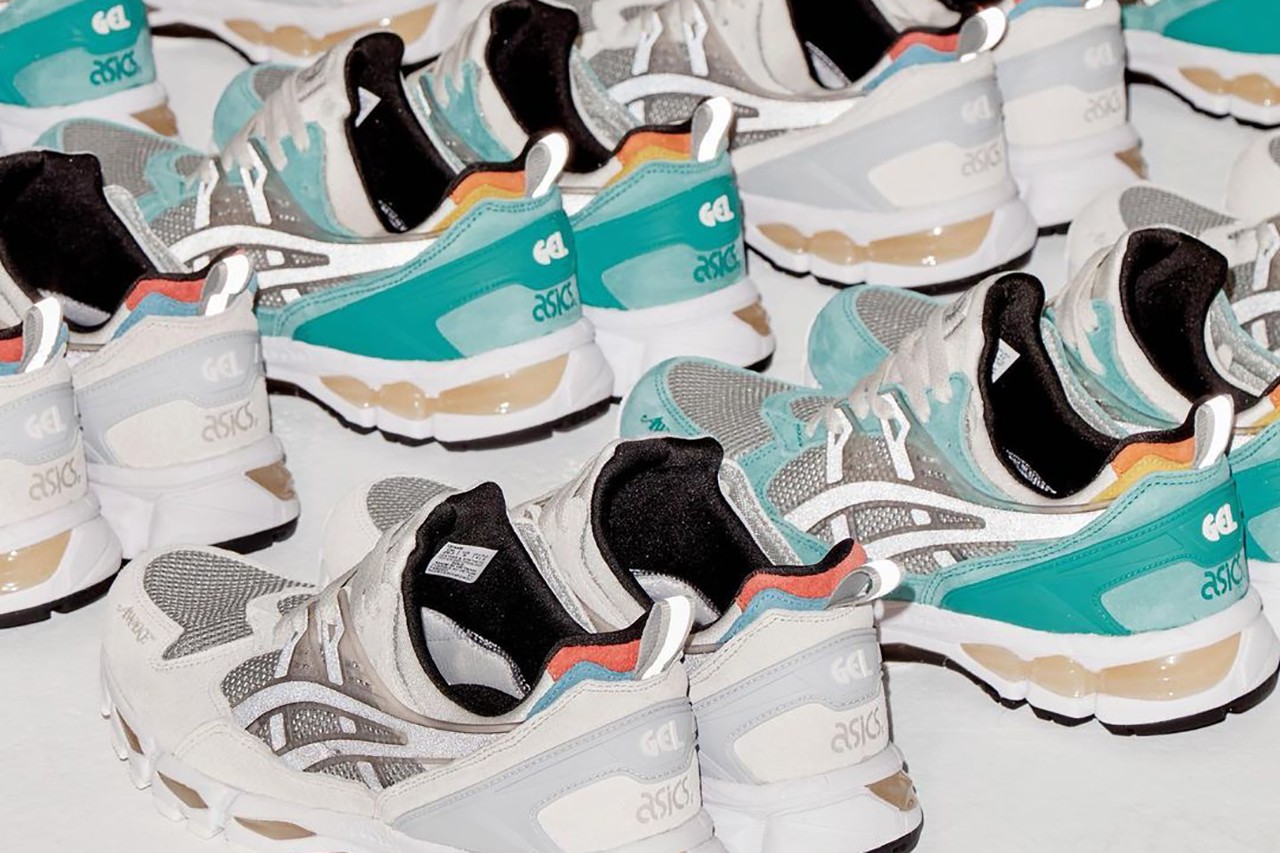 Two colourways are available here; the first is a cream and grey number that’s interspersed by brown details on the toe box and mid-foot netting, as well as teal and orange accents on the heels for contrast. The other pair sees a Miami-inspired colour palette that’s predominantly teal, with hits of yellow and orange on the heel.

To commemorate Virgil Abloh, Baque will donate all proceeds from this release to the late designer’s “Post-Modern” scholarship, which gives black creatives around the world more opportunities to showcase their talents.

Following bestselling collaborations with New Balance, American designer Salehe Bembury is now launching the must-have Crocs of the year. The “Pollex Clog” reworks the classic clogs from the footwear brand (which is now experiencing a revival) with sculptural ridges from Bembury’s fingerprints. The shoes will come with adjustable heel straps that can be removed to transform them into slides. They’ll be offered in the colours Army Green (pictured) and Mushroom.

Following the success of the Yeezy QNTM sneakers, Kanye West’s footwear brand is now introducing a second basketball silhouette: the BSKTBL KNIT. The shoe, first teased in October, features an an all-knitted blue upper with a sock-like opening. It’s finished with a full-length BOOST midsole that’s also seen in the QNTM. These sneakers are set to be out in December.

Remember Watch The Throne, the iconic collaborative rap album by Kanye West and Jay-Z? Well, to celebrate its release in 2011, Nike made a pair of LeBron 9 sneakers heavily inspired by the album’s golden artwork by Riccardo Tisci (who was then designer of Givenchy). Only a handful of those sneakers were ever given out to the rappers and friends of LeBron himself, but Nike is now releasing the coveted sneakers to the public. The shoes are defined by their gold elements — check out the oversized lace locks and the Swooshes — while multicolour prints can be found on the laces and the sockliner, contrasting the black uppers. Keep an eye out for these sneakers this December 2021.

The Jordan Brand is closing out the year with its Holiday 2021 Retro collection, and we’re pretty sure this sleek iteration of the iconic AJ1s will be on everyone’s Christmas wishlists, as the sneakers release in December. Retaining the basketball sneaker’s original black and red colour scheme, the new Patent Bred pair boasts a patent leather finish. The glossy look of the shoes are matched by the exclusive shoe box that they come in — all you need to do is add a ribbon on top.