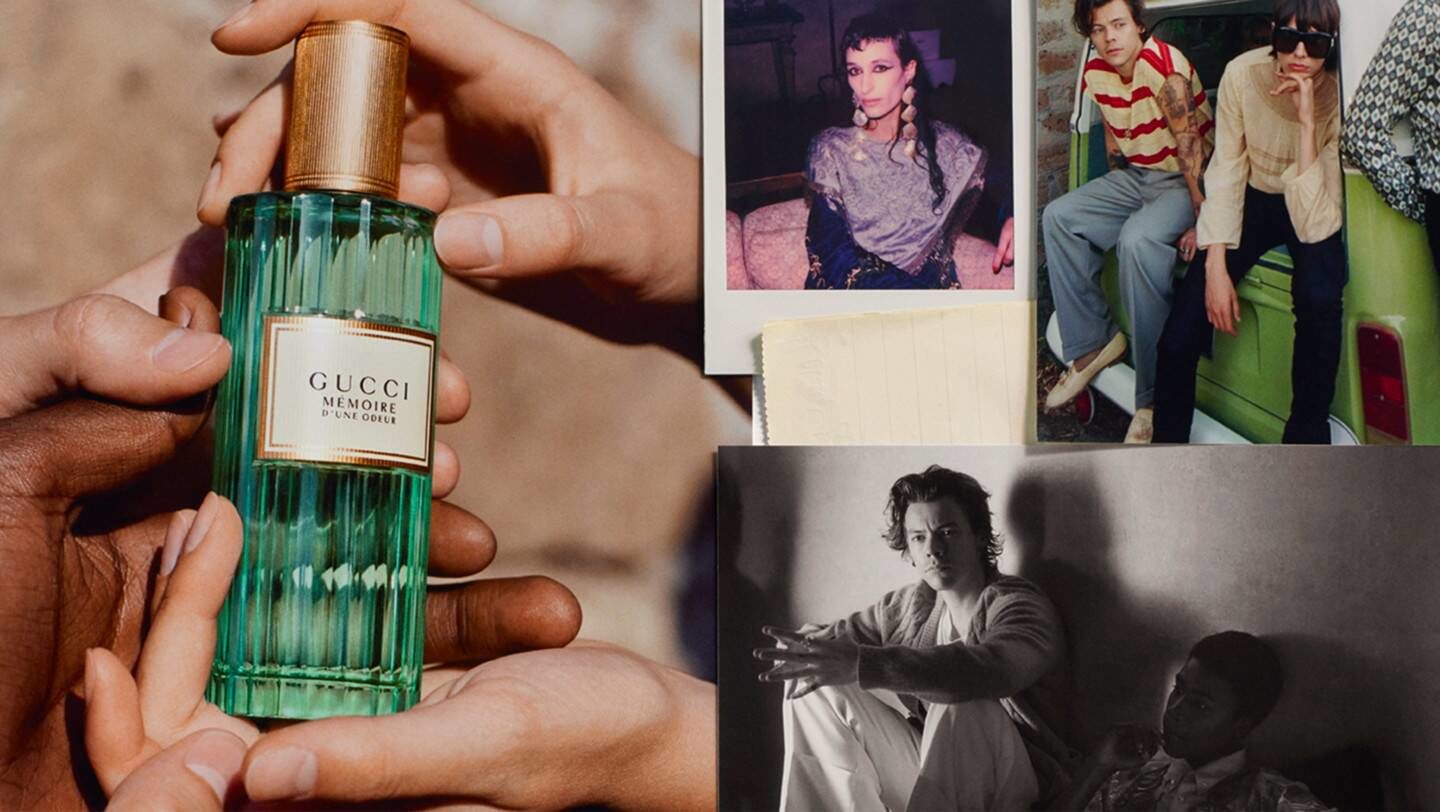 We knew Alessandro Michele would be injecting his inclusive aesthetic into Gucci’s beauty and fragrance lines at some point. We didn’t have to wait long before he launched Memoire d’une Odeur. Although the name doesn’t translate well into English, the brand’s first gender-neutral fragrance charms with notes of Roman chamomile, Indian coral jasmine and mineral. “When we began to make Memoire d’une Odeur, I imagined a scent that couldn’t easily be identified… a hybrid scent that resembles memory as much as possible,” Michele explained the idea for the fragrance.

For us, the memory Odeur conjured up is a walk on the beach in balmy weather, where the scent of salty air and clean linen mingle. We also like how handsome the bottle looks on our counter.

Hedi Slimane has a way of ruffling the feathers of fashion insiders. On top of completely changing Phoebe Philo’s clean and minimalist aesthetic that she had built for Celine, Slimane dropped another bomb by announcing the launch of an haute parfumerie collection for the brand. A first for Celine under his creative direction, the collection comprises 11 scents, nine of which will be launched exclusively at the brand’s boutiques later this year. We haven’t had the chance to take a whiff, but we’re sure they’ll cause a stir. No one expects less from Slimane.

“I am obsessed with the idea of getting up in the morning and finding myself with someone I have never slept with before, and then feeling that little high from getting to know them,” Jonathan Anderson spoke of the inspiration behind the recently reinterpreted Loewe 001 fragrance. The men’s version of the scent is blended with vetiver, sandalwood and cardamon to conjure up a dreamy quality. While scents may be inspired from an emotional place, we think this powdery scent is great to wear for weekend brunch.

Available at Sephora and escentials Paragon

People don’t necessarily associate “spice” with the same sensory notes. Case in point, Christian Dior’s latest collection, which blends Madagascan black pepper, ginger essence and sweet vanilla in its recipe. It comes across as smooth and luscious, rather than fiery. “This fragrance has a warm signature underlined by an unusual crowd of spices that meet and mingle,” said perfumer François Demachy. It’s a heady blend, for sure; here’s one for the adventurous.

We are quite prepared to love anything woody in a fragrance, in anticipation of something warm and soothing. Wood & Wood by Issey Miyake though, packed a little surprise. There’s patchouli, cardamom and fruits in the mix, but instead of cloaking the wearer with mystery as most wood scents do, the sweet and aromatic Wood & Wood is boldly seductive. Which makes it ideal for two occasions from extreme ends of the spectrum: either a romantic evening with the missus or a night out at the clubs.

Holiday Gift Guide 2021: The Best Christmas Gifts For All The Beauty Lovers