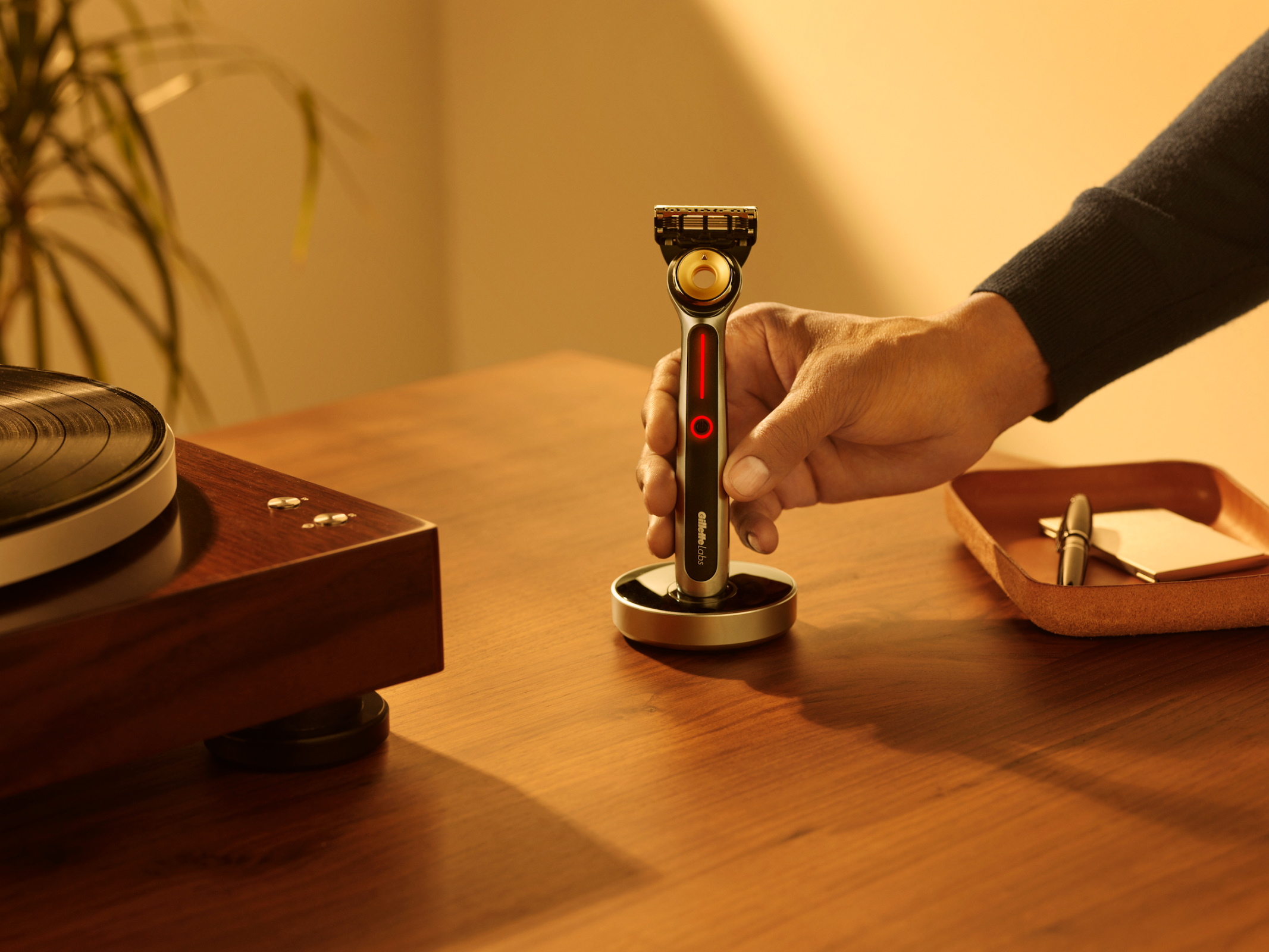 The new Gillette Labs Heated Razor aims to deliver a DIY version of that luxurious, hot-towel-shave experience at home. For decades, the Schicks and Gillettes of the world have been innovating on something that has literally been the cornerstone of a man’s morning routine: the use of the cartridge razor.

By adding on extra blades, the costs of shaving have improved exponentially, leaving the next great innovation in shaving to the rise of subscription models like Dollar Shave Club and Harry’s. Today, the Gillette Labs Heated Razor represents a new frontier in shaving technology.

Essentially, it’s a rechargeable unit that radiates heat in an effort to emulate old-school hot shaves. A narrow bar below the blades emanates two heat levels when activated, we like things extra hot and even that heats up in less than a second to provide continuous soothing warmth to your skin. 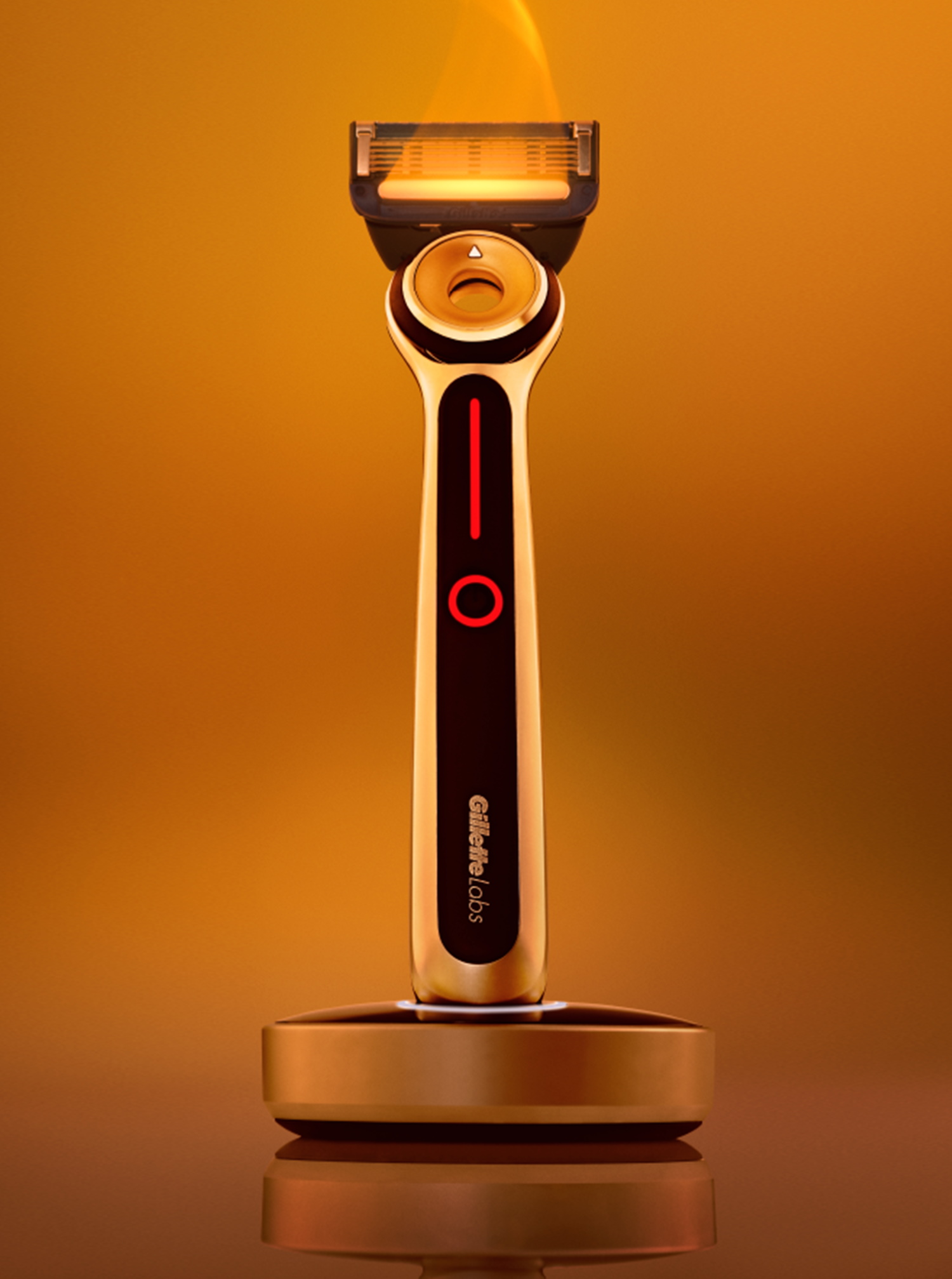 Sporting a well-built, thicker, and longer handle featuring a simple power switch (press and hold to change modes) and a heat indicator, the Gillette Labs Heated Razor is comfortably hefty and easy to grip.

Part of the reason for the rise of third party cartridge razor handles was that the provided ones are   usually too light, and this is where it acquits itself admirably. In fact, with key patents dating back as far as 2005 and 2009, Gillette has spent a long time developing a heated razor and it shows: it looks gorgeous charging in its magnetic, black and chrome dock.

Does It Make The Cut? 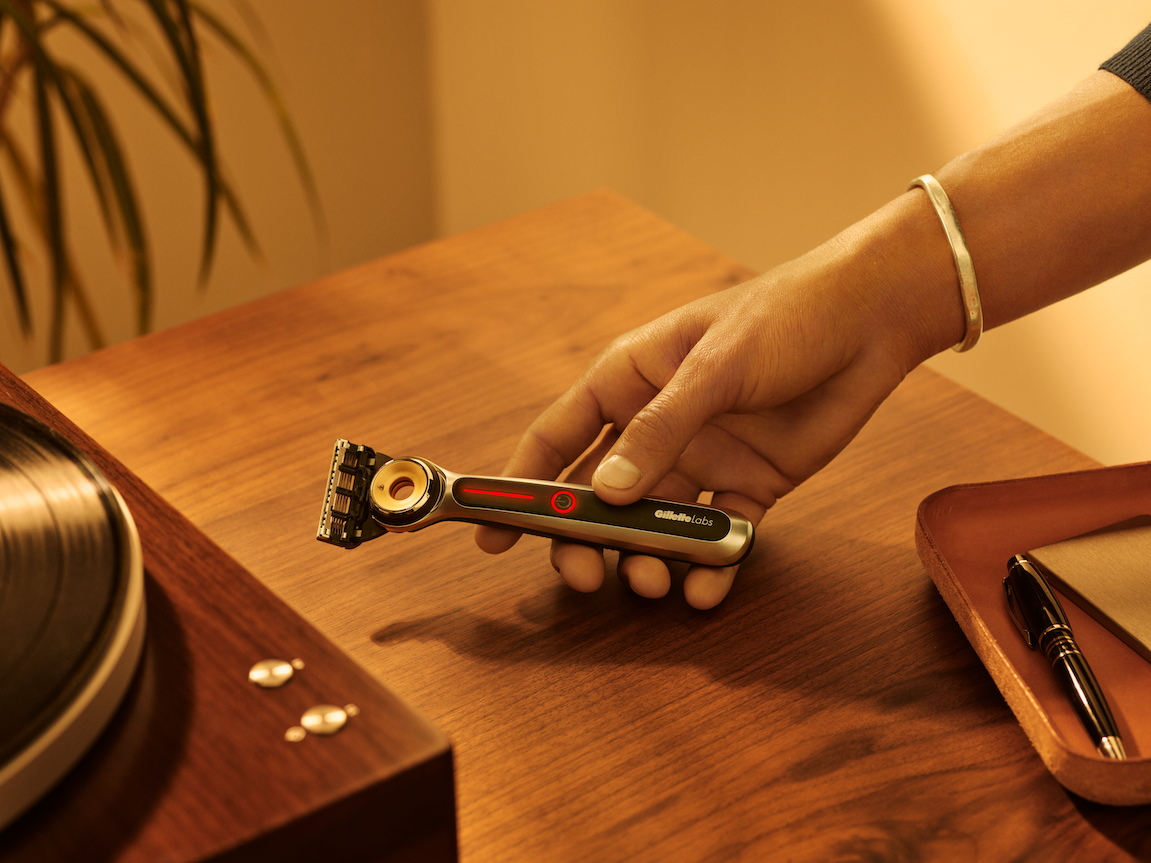 What is great about it is that it maintains consistent warmth whether you are shaving over a sink or in the shower. To add to the experience, we lathered up with Truefitt & Hill shaving foam and a basin of hot water for a rinse in between shaves.

That said, the practical application of the razor’s feel-heat-before-you-cut design feels too fleeting. With the heat applied in a precise line just before the blades make the cut, it’s a passing sensation which leaves you wanting more. 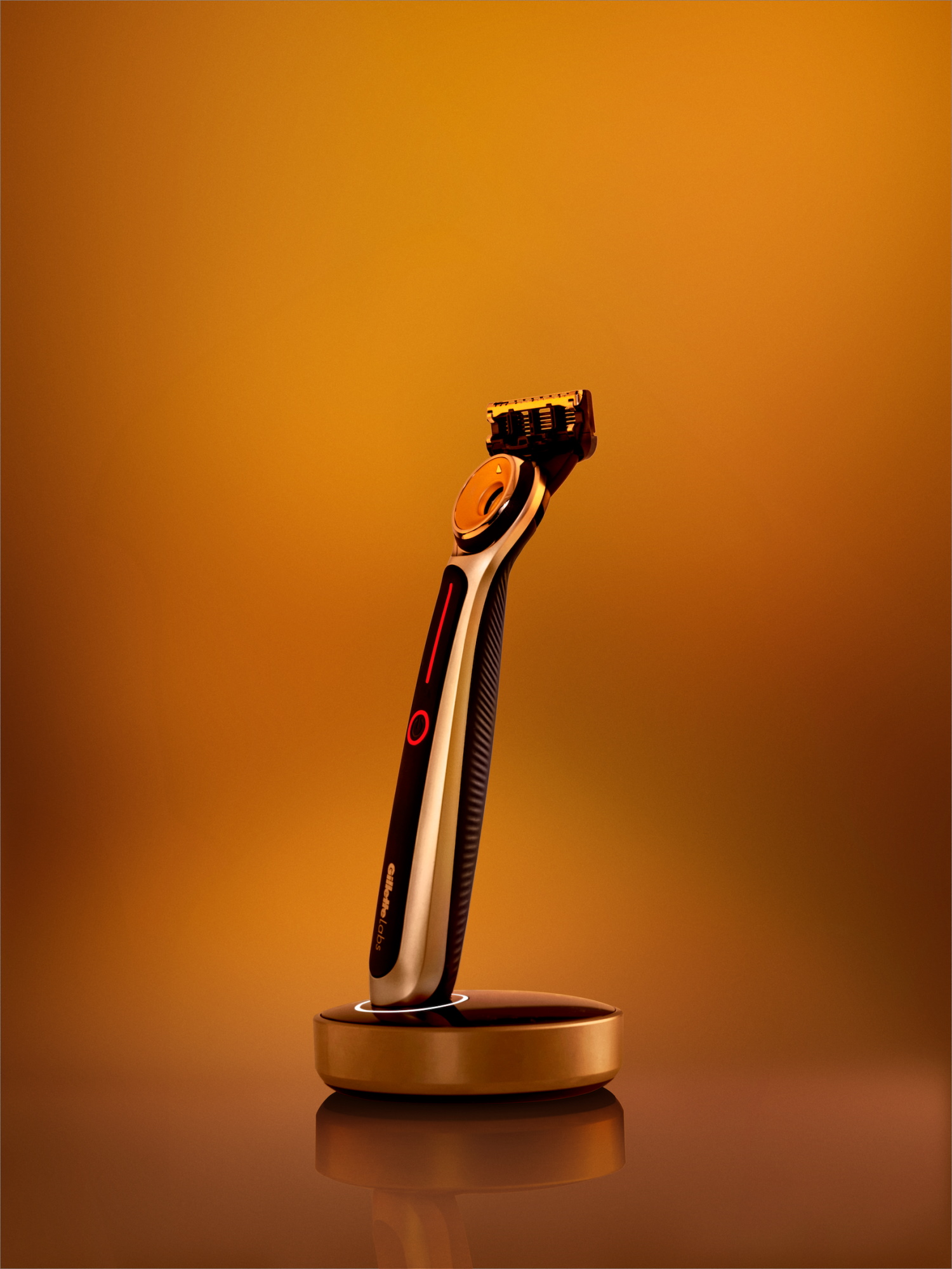 Granted, the advantage of a consistently heated razor that doesn’t cool down quickly the way a towel does is fantastic, but ultimately, what defines a hot towel shave isn’t the heat per se but the lingering moist heat as the barber unveils the segment of the face he’s working on before re-applying the towel.

But you know what? Hot towel shaving at a barber’s during a pandemic is dependent on safe distancing regulations of the moment and Gillette Labs Heated Razor is on-tap for you anytime you want. There’s a pleasure of certainty in that.

Master The Perfect Clean Shave – Advice From A Grooming Expert

Paco Rabanne Phantom: A Futuristic Fragrance For The Modern Man

Lawrence Wong Forges A New Path With His Own Brand, Grail