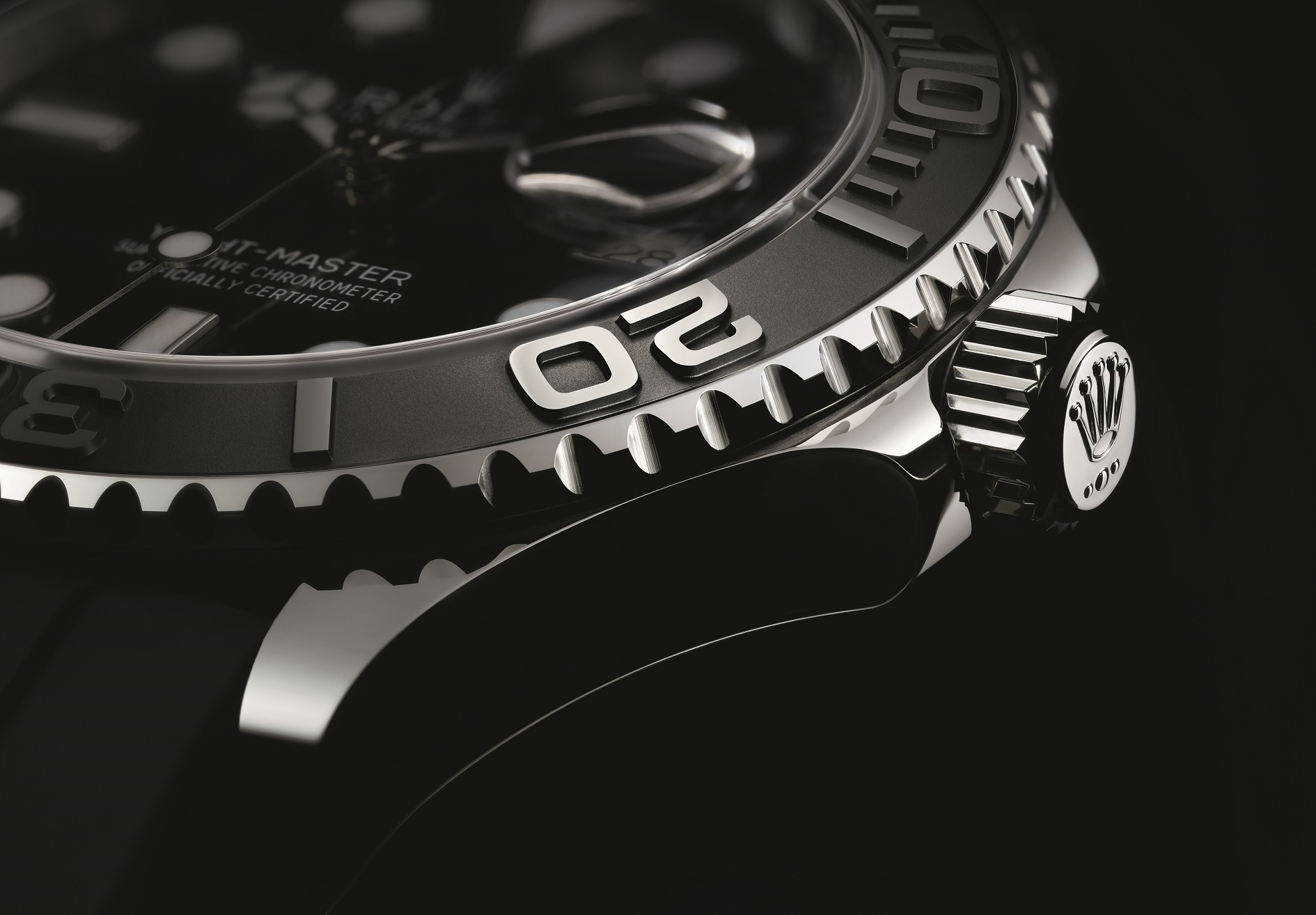 Here’s Part 2 of our Baselworld round up, with some highlights from our perennial favourites. 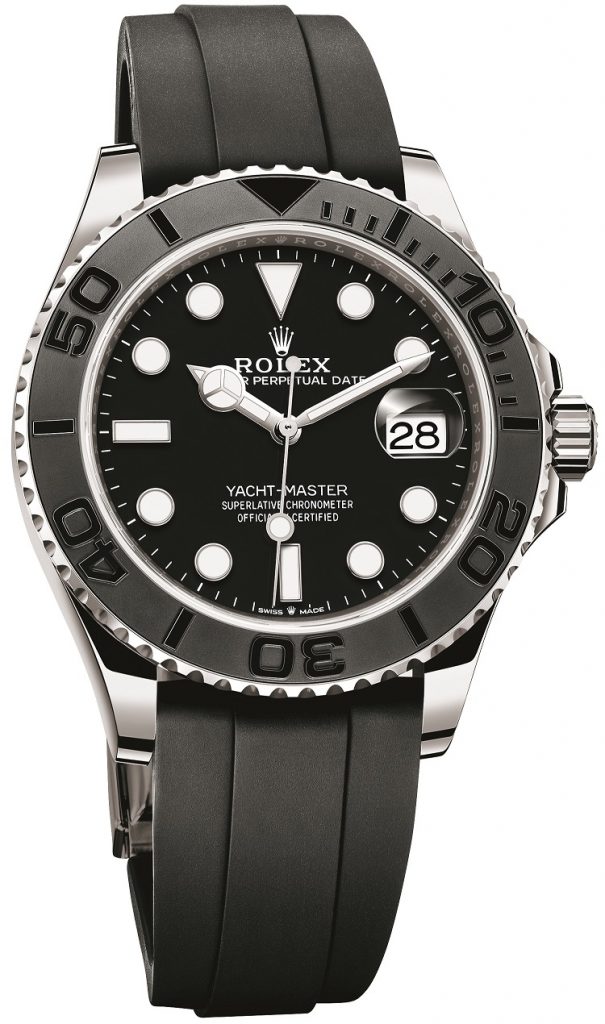 Rolex’s major novelty this year is the Oyster Perpetual Yacht-Master 42, which joins existing models in 37 millimetres and 40 millimetres as the largest timepiece in the Yacht-Master collection yet. The new watch maintains the familiar design and technical codes of its siblings, including the Oyster case, a bi-directional rotating bezel with raised markers, and the date display at three o’clock that comes complete with a Cyclops lens. This particular reference comes in white gold with a tough, fade-proof Cerachrom bezel insert, and is fitted with the Oysterflex bracelet. Beating within it is Calibre 3235, one of Rolex’s latest generation movements. It has a 70-hour power reserve. 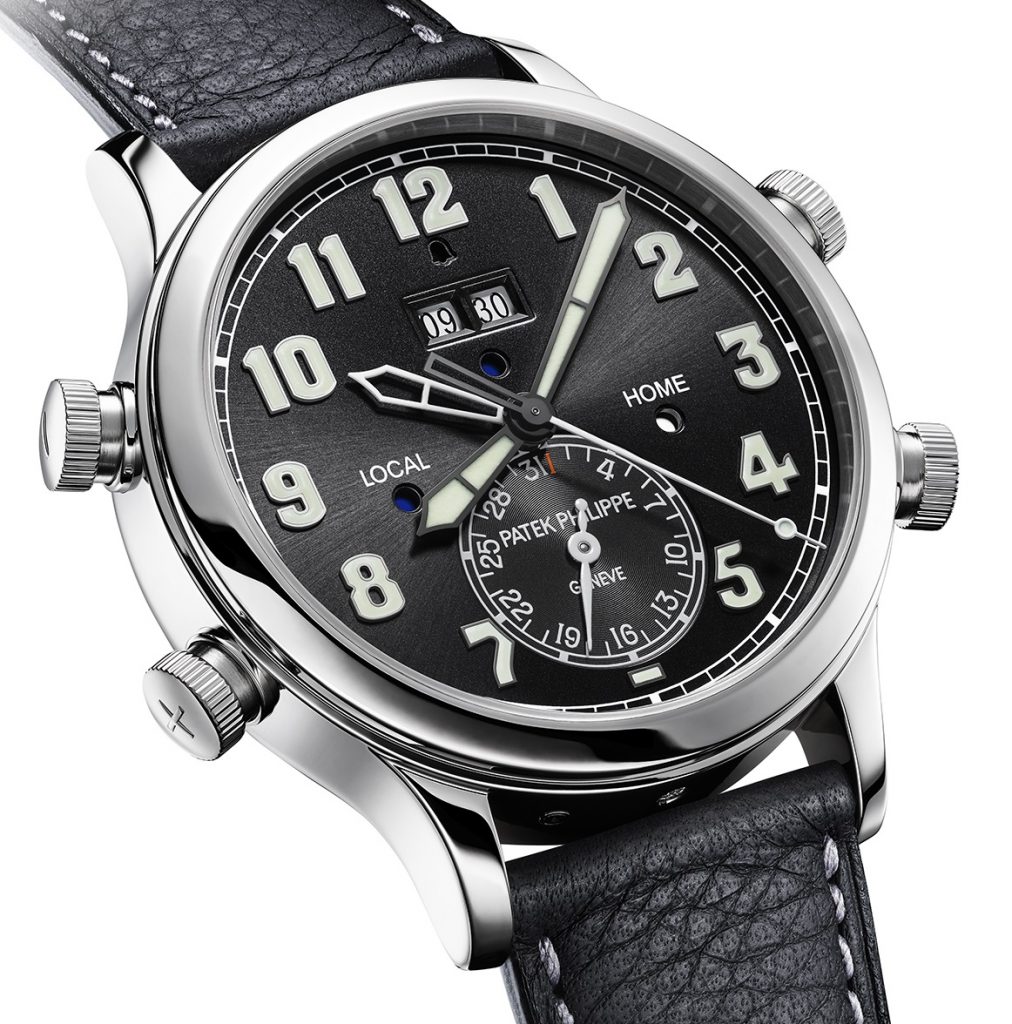 Making sense of Patek Philippe’s new Ref. 5520P Alarm Travel Time is easy. Consider it the follow-up to 2015’s Ref. 5524G Calatrava Pilot Travel Time, but with an additional alarm function, hence the extra crown on the case’s right flank. In the same vein of things, the dial now displays additional information for the alarm at 12 o’clock in a vertical single row. They are, from top to bottom, the alarm’s on/off status, the alarm time (which can be set in 15-minute increments), and the alarm time’s day/night indicator. Unlike a typical alarm wristwatch, which rings out with a flurry of strikes from its movement’s hammer, the Alarm Travel Time’s chimes are far more pleasant, as the hammer sounds a gong a la traditional repeater watches. This is, by the way, Patek Philippe’s first water resistant chiming watch. Reissues continue to be all the rage, but brands approach their tributes to the past differently, and some are obviously better done than others. Breitling’s Navitimer Ref. 806 1959 Re-edition earned a spot on our best-of list here for its faithful recreation of the original reference from 1959. The attention to detail is seen throughout the watch. For a start, its case measures exactly 40.9 millimetres across like the original and comes with identical contours and finishing details to boot. Similarly, the dial’s minutiae are an exact facsimile of its 1959 counterpart, down to the unsigned wing logo – a peculiarity of examples meant for the Europe market. The only modern appointments here are the 30-metre water resistance and the new COSC-certified B09 calibre, which is based on the brand’s in-house B01 movement, but modified to be manually-wound. Zenith’s Defy Lab, which the brand unveiled in 2017, had a revolutionary oscillator that beat at 15Hz to deliver a mean error rate of +/-0.3 seconds a day – an order of magnitude more precise than COSC’s -4/+6 seconds a day. The watch was, however, only produced in a limited run of 10 pieces. The brand has improved on it and released its successor, the Defy Inventor, this year. This new timepiece’s movement beats at an even higher rate of 18Hz, albeit with a corresponding drop in its power reserve from 60 hours to 50 hours, while retaining all the previous advantages like extreme precision (chronometer-certified by TimeLab) and not requiring lubrication (and hence servicing). More importantly, “several hundred units” of the Defy Inventor will be produced by Zenith, effectively moving the watch from concept watch to limited production.