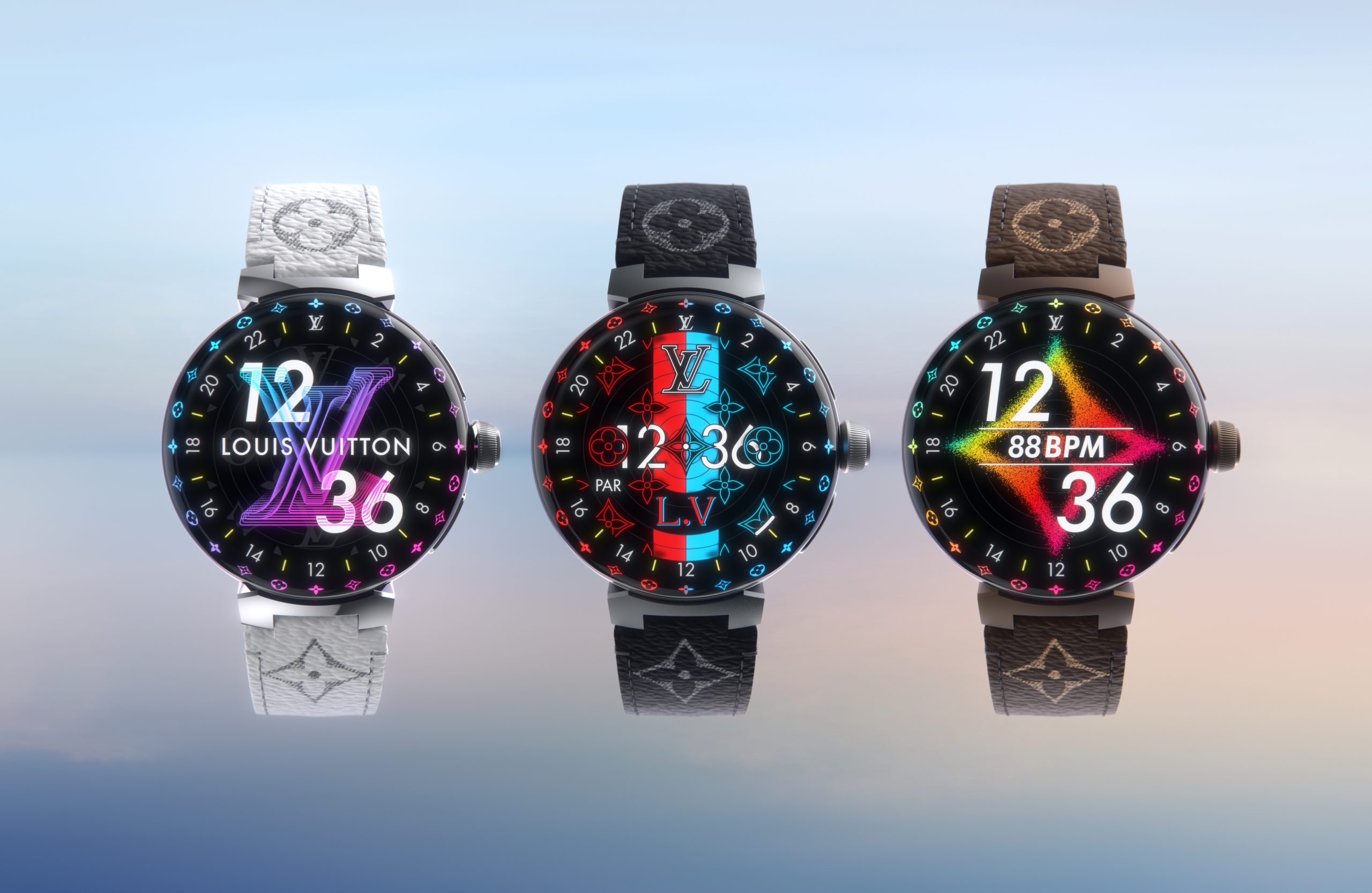 Available in three design options, the Louis Vuitton Tambour Horizon Light Up is the French maison’s most exclusive and creative connected watch yet.

The third generation connected watch from Louis Vuitton offers levels of customisation and personalisation like never before; which although presented in a new form, stays true to the house’s design code. Every element of the Tambour Horizon Light Up has been reimagined, redesigned and reengineered to deliver a magical and memorable user experience – even the operating system is custom-made!

Customisation starts with the watch face, which can be easily tailored to suit a mood, look or occasion. The Tambour Horizon Light Up has eight built-in dial configurations to choose from, including one in a captivating striped animation and another one featuring Vivienne, the maison’s mascot. Plus, there’s 11 bold new gradients, and the wearer can even add their own initials, again with a choice of colour and typeface –making each watch as unique as its wearer. Not to mention, that the brand would also introduce numerous watch face designs to reflect specific seasons, collaborations, fashion shows and more. The watch also has a quick strap change system giving owners access to the vast and colourful world of Louis Vuitton Tambour straps.

The beautifully curved sapphire glass pours over the edge, featuring 24 LED lights behind the signature Louis Vuitton Monogram ring, and gives it an appearance of being smaller than its 44mm case when on the wrist. Here’s a closer look at the three available options:

The Tambour Horizon Light Up is also the first Louis Vuitton connected watch with push buttons either side of the crown, introduced to increase the watch’s functionality. Rotating the crown changes the watch dial; the top pusher activates the watch face shuffle mode and configuration settings, while the bottom pusher is a shortcut button that can be set to activate an application of the wearer’s choice.

Meanwhile, when it comes to the technology that goes into the smartwatch, this third-generation model features its very own custom-designed operating system, that’s developed to deliver a highly intuitive experience, and to integrate seamlessly into the wearer’s universe. Its functions appear on screen through a simple system of swipes. And, most importantly, it matches with both iOS, Android as well as Harmony OS smartphones. The watch is also equipped with an all-day battery, with four modes developed to suit different client needs and usage.

To top it all off, the brand has also developed the Louis Vuitton Connect app, a companion application for their range of connected devices, including the Louis Vuitton Horizon Light Up Speaker, to provide users with a seamless product experience.