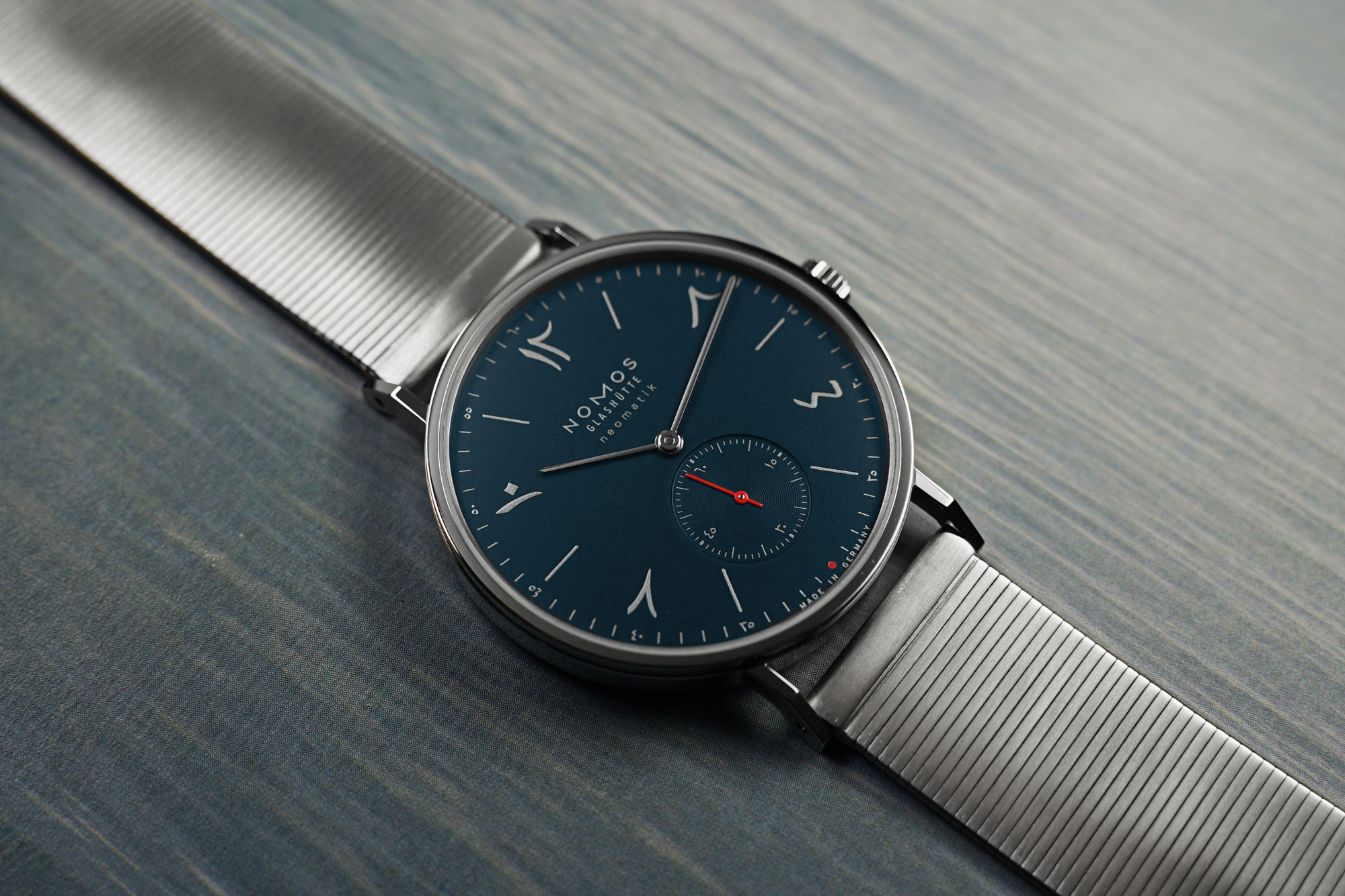 Nomos Glashütte first introduced the Tangente in 1992 as part of the brand’s inaugural collection. Since then, the line has grown into a beloved icon with its modern and minimalist aesthetic, which epitomises Nomos Glashütte’s design philosophy – as well as its penchant for clean lines and elegant proportions. It’s little wonder then, that brand would pick the Tangente, specifically the Neomatik model, as the base for its set of four limited edition timepieces, which have been specially created to celebrate local retailer The Hour Glass’ 40th anniversary.

The Tangente Neomatik Red Dot Limited Edition timepieces mark the third iteration of the Red Dot series that Nomos Glashütte has designed with The Hour Glass. Like their predecessors, the new watches each sport a little red dot (literally) on their dials. Rendered here at six o’clock, the red dot was originally a derogatory term for Singapore that mocked its size – a mere red dot on the atlas – but it has since been reappropriated and is now used proudly by Singaporeans to highlight the state’s outsized global influence. Red dot aside, the new timepieces’ indices also use either Hindu-Arabic numerals or Chinese oracle bone script in lieu of the regular Arabic numerals, ostensibly to reflect the diversity of Singapore’s cultures.

Each Tangente Neomatik Red Dot Limited Edition is powered by the self-winding DUW 3001 calibre that’s developed and produced in-house by Nomos Glashütte. At just 3.2 millimetres thick, the movement allows the watch to remain svelte at 7.2 millimetres high. The new watches are available in steel in four different colourways. The references with Midnight Blue and Silver dials are paired with steel bracelets, while the remaining two with Salmon and Ruthenium dials come with shell cordovan leather straps. A total of 200 pieces across the four references have been produced, and they’re available both online as well as at The Hour Glass and Watches of Switzerland boutiques.