It is no secret that Cartier has built a rich heritage in crafting shaped watches, from popular classics like the Santos de Cartier to the more idiosyncratic ones such as the Crash. In the last several years, the brand has returned to a design-centric approach in its watchmaking, and reintroduced icons such as the Tonneau and the Tank Asymétrique, both under the Privé line. Round watches haven’t been forgotten though, as the return of the Pasha de Cartier this year demonstrates. 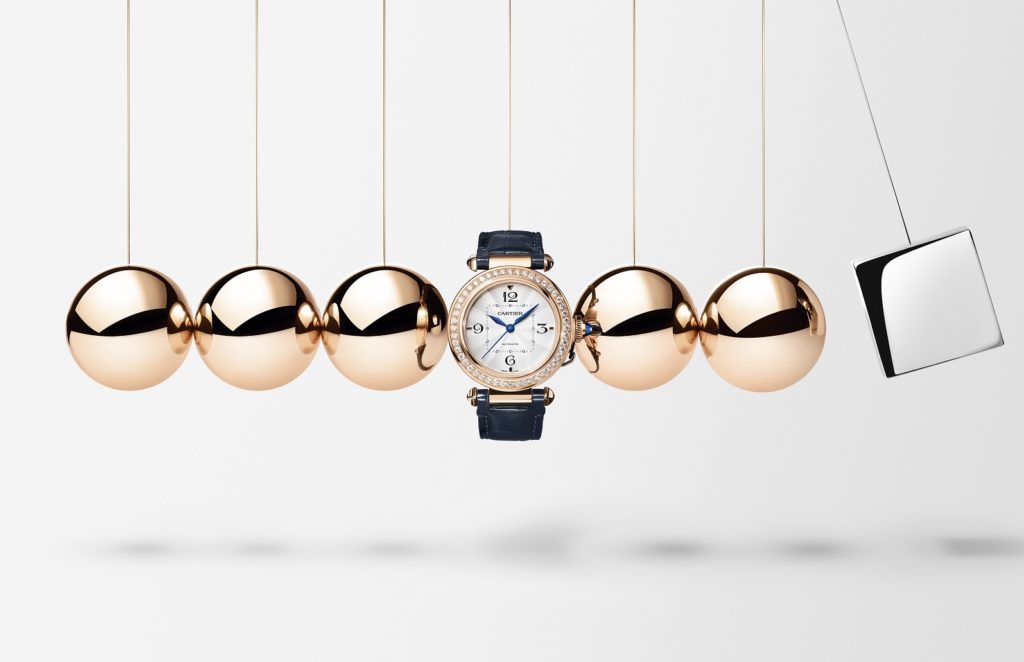 First unveiled in 1985, the Pasha de Cartier was the brainchild of Gérald Genta, the legendary designer whose works include the Audemars Piguet Royal Oak and the Patek Philippe Nautilus. In the Pasha watch, Genta played with contrasts, beginning with a bold, robust case – water resistant to 100 metres, no less – that housed a classically styled dial. This theme continued with the juxtaposition of different shapes by setting a square railway track chapter ring within a round case with round bezels. To tie these seemingly disparate details together visually, just four Arabic numeral indices at three, six, nine, and 12 o’clock were used to serve as a visual anchor at the cardinal points. The result was bold and different, yet also unmistakably Cartier in origin. What was perhaps the most unique feature of the Pasha watch was its crown cover, which is attached to the case much like the cap of a hip flask. Unscrewing the device lets it flip out of the way to allow the crown to be easily manipulated. When left on in its normal position, however, it integrates seamlessly with the rest of the case, with hardly any hint that an extra component is sitting on the case band.

Cartier’s new iterations of the Pasha watch have retained all the details found on the 1985 original, including the crown cover which now hides a plate that can be personalised with an engraving.
The brand has improved on past models with some additional features though. The watch now comes fitted with the Cartier-developed QuickSwitch system so straps can be changed quickly by hand. This convenience has been translated to the watch’s metal bracelets – their SmartLink system allows links to be added or removed sans tools as well. Cartier is offering the new Pasha de Cartier in just two sizes – 35 millimetres and 41 millimetres – ostensibly for female and male wearers respectively. A total of 13 references are available. The entry-level variants come in steel cases matched with either leather straps or steel bracelets, and are all driven by Cartier’s workhorse 1847 MC calibre.
Curiously, only the larger 41-millimetre variants come with a date display, despite their larger sizes making the movements even smaller in comparison. To make this mismatch a non-issue, Cartier has cleverly integrated the date aperture into the corner of the chapter ring.
Similar references are also available in gold, albeit with more differentiation. For the 41-millimetre variant, a single reference in yellow gold is offered. Meanwhile, the 35-millimetre model comes in rose gold with or without diamond-set bezels. It’s also offered in white gold, with one version completely pavé set with brilliant-cut diamonds, and another more understated one with the regular Pasha de Cartier dial. 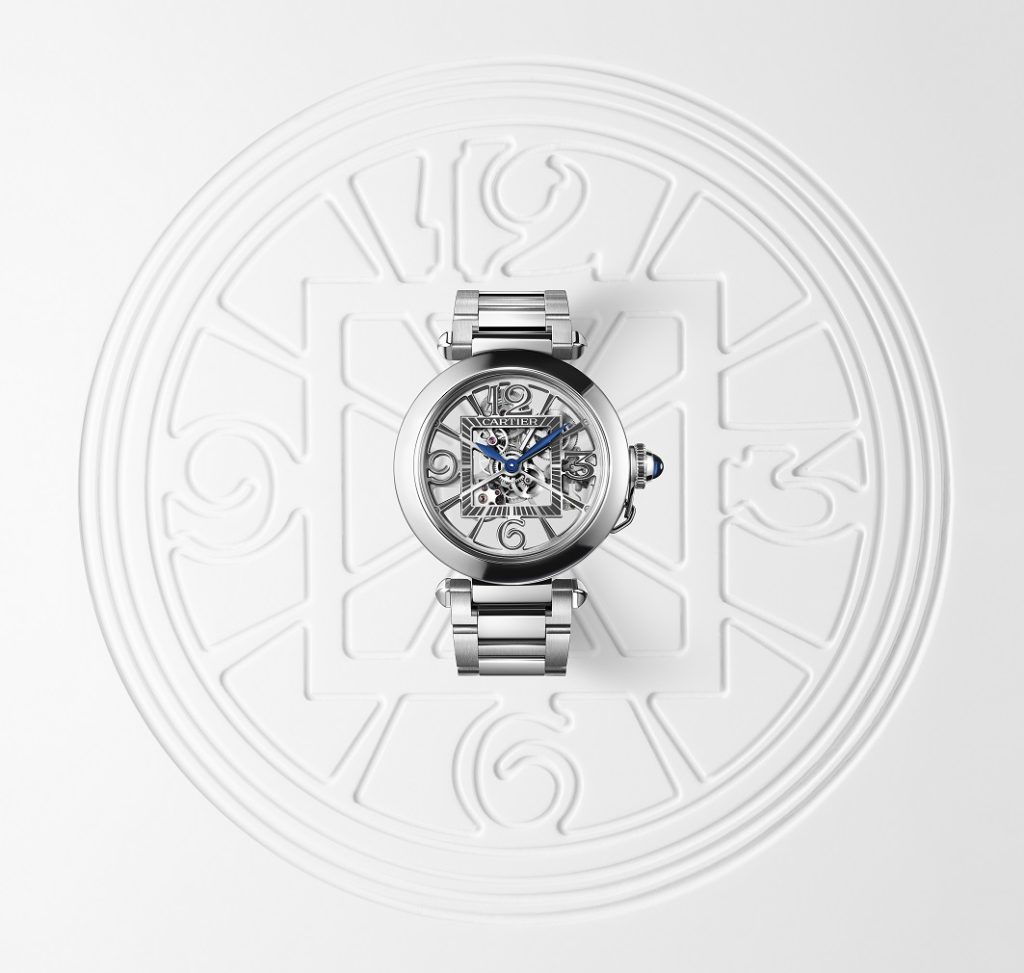 Rounding out this collection are three complications in 41-millimetre cases. Two of them are powered by openworked movements with tourbillon escapements, and offered in either pink gold or white gold with a diamond-set bezel and movement. The final reference is a skeleton watch, cased with beautiful simplicity in steel.