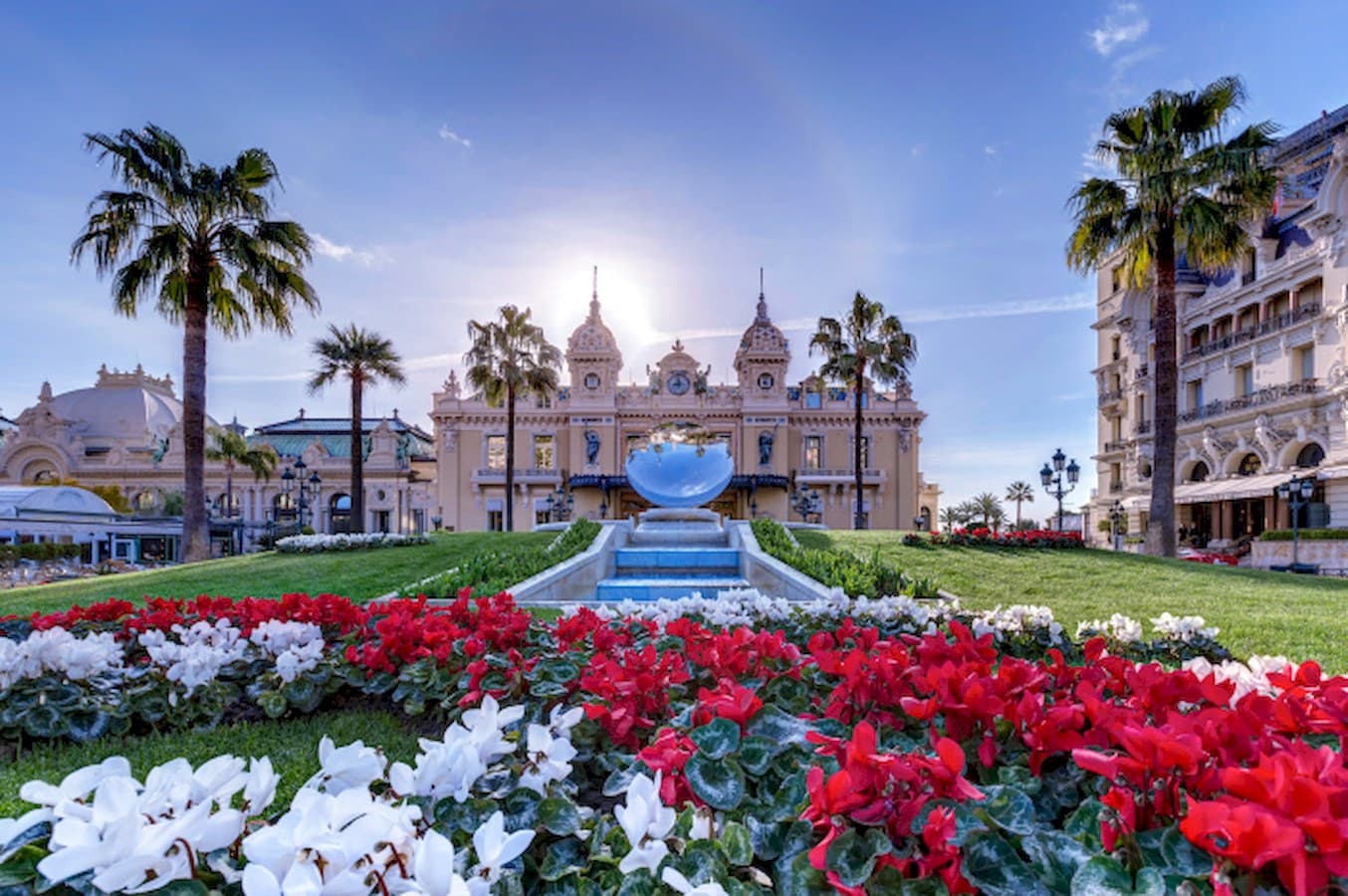 Think summer on the French Riviera and chances are that the tiny principality of Monaco will pop into your mind. While its crystal-blue waters, yacht-lined harbours, and luxurious beaches are definitely the highlights, there’s so much more to experience here. Although it is the second smallest country in the world, the independent state packs quite the punch within its 200 hectares area. Here are the top ten things to indulge in for a fun, memorable summer in Monaco. Whether you’re a seasoned traveller or exploring the country for the first time, here’s Augustman’s travel guide to Monaco.

Enter a world of regal opulence at the Hôtel de Paris in Monte-Carlo. Located in the heart of the city, this palatial luxury hotel was originally built by Prince Charles III in 1863, and offers 207 elegant, French country-style rooms. Most of these are suites and include two of the most exceptional ones on the Riviera – the Suite Princess Grace and Suite Princess Rainier III. A stay here is certain to make you feel like royalty.

A proverbial jewel in the crown, this legendary casino has been the setting for several James Bond movies and also featured in “Ocean’s Twelve”. A popular hangout for royalty and the city’s elite, it is a centre of unrestricted wealth and enjoyment. A spectacular thematic refresh takes place every season. Don’t worry about what to wear, as the dress code is contemporary.

03 Dance to the tunes of the Sporting Summer Festival

Music fills the air at this extravagant festival. Launched by the great Frank Sinatra in 1974, it has since become one of the most prestigious events on the summer circuit. This year’s line of entertaining acts include Vanessa Paradis, Enrique Iglesias, John Legend and more. The Monte-Carlo Sporting Summer Festival is symbolic of the spirit of the Monaco community – friendly, vibrant, and oh so chic!

04 Party the night away at Jimmy’z Club

Known for its electric atmosphere and cutting-edge programming, this exclusive club on the French Riviera is where Monaco’s high rollers go to party. Decks spun by the world’s top DJs and Methuselahs of champagne reign supreme here. Some of the hottest names in EDM hit the club’s turntables, including Robin Schulz, Lost Frequencies and Bob Sinclair.

Boasting a Mediterranean-style ambience, this famous market is Monaco’s upscale version of a food court. Blessed with a warm Provencal spirit that is characteristic of the locals, it is open throughout the year, and features more than 20 stalls offering fresh local cuisine cooked daily. Monegasque specialities such as socca, barbagiuans, and fougasse are a must-try here.

The best hotel bars for the perfect nightcap

06 Pamper yourself at Thermes Marins Monte-Carlo

Promising a haven of luxury dedicated to wellness, beauty and performance, the Thermes Marins Monte-Carlo allows you to step into pure bliss. Pick from a range of treatments that include ‘Absolu Spa’ – the quintessential spa package with three body treatments, complemented by a 60-minute facial treatment.

07 Lounge at the Twiga Beach Club

If freshly shucked oysters, sea bass and lobster are everything your dreams are made of, look no further. An oyster bar at the very tip of the Port de Fontvieille Jetty is where you’ll find Les Perles de Monte-Carlo. Delectable seafood delights come your way, served by friendly team members/marine biologists.

09 Play pétanque at the Monte-Carlo Bay Hotel and Resort

While the French would have you believe that they invented the game, the origins of pétanque (a lawn game similar to boules) can be traced as far back as Ancient Greece. Today, it is arguably one of France’s most popular sports. How to play like a local, you ask. Take a sip of your favourite drink, get in line and throw a metal ball as close as you can to a small wooden target ball. It’s a lot of fun.

There’s nothing that screams “James Bond” more than a swanky arrival and departure via a helicopter transfer. And thanks to Monacair, a Monaco-owned helicopter service, you can now do just that. Enjoy the charms of the Cote d’Azur from the skies with a 180° sweeping view from Cannes (France) to Bordighera (Italy). While in the distance, the snowcapped Alps welcome you to the most exclusive place on the Mediterranean.