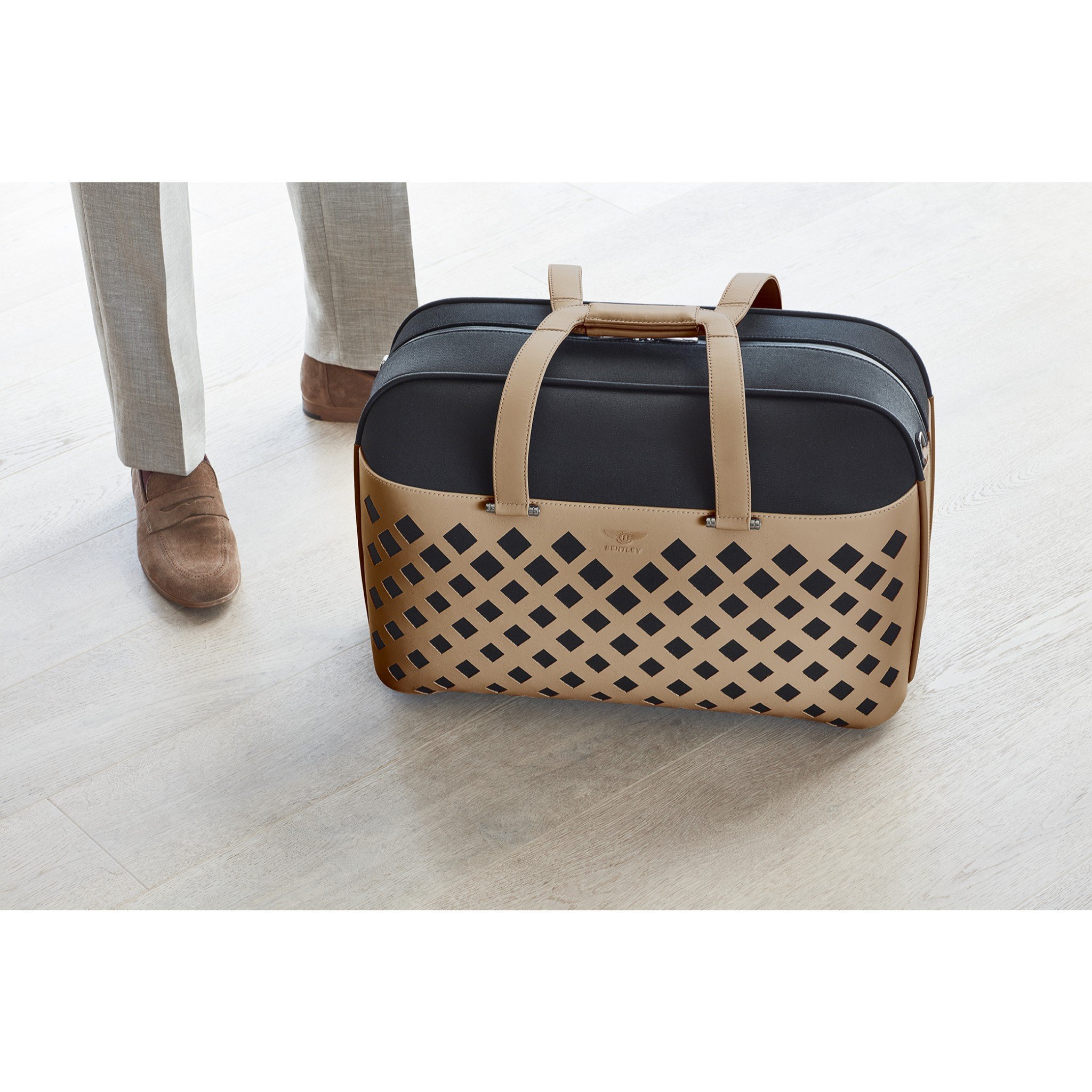 Travel like a boss with these new luxury luggages Leave it to Louis Vuitton to reinvigorate the scene with some downright sexy pieces. Legendary designer Marc Newson lends his inimitable flair for functional and elegant forms to the brand, resulting in these goregous soft-sided additions to the Horizon Collection.

The duffel-resembling rollers come daubed in the the familiar LV monograms, and look just the right size to sling over the shoulder or hoist should the occasion call for it. They’ve been outfitted with silent wheels that’ll barely whisper in the airport. Zips come in champagne, dark grey or silver options.

(We would also very much like their latest boozy collab trunk with Hennessy, but that looks less travel-friendly.)

To witness how slick you can look with these, just check out the campaign vid, starring Kris Wu and Karlie Kloss.

Fashionistas rejoice. Carbon fibre’s a welcome spillover from the aerospace and automotive industry thanks to its edgy and futuristic look, but it’s rather rare as the material is costly to produce and shape.

It’s recently found its way onto Zero Halliburton’s new line of attache cases – perfect for business travellers looking to make a statement while ensuring some of the best protection a hard-cover carry-on can afford. If you need something bigger, they have the luscious material on their regular carry-ons too.

Tumi’s new line, the Alpha 3 Collection, isn’t playing around. They’ve woven the latest cases out of ballistic nylon. That’s the material used in flak jackets given out to World War II airmen.

You can be sure the handsome two-toned Extended Trip packing cases will serve all your travelling needs. They’re extremely expandable and come with embedded combination locks, but best of all, there’s a suit bracket to ensure you don’t have to mess around with crummy hotel irons when you hit the ground running.

You can’t ship out your Bentley with you on (most) trips – but toting this slick travel bag is a close second.

The eye-catching carry-on is crafted from leather and the same roof fabric as the Continental GT Convertibles – but is really a hard-case bag that’ll hold enough travel essentials for a weekend business trip. Don’t be spooked by possible chafing, either. The bottom’s protected by an aluminium frame.

We know what’s on your mind when we mention ‘smart luggage’ – probably that video of the super intelligent suitcase that’ll follow you around the airport like an obedient dog. The CES demo made newsreels around the world, yes. And it showed off some serious figures: over S$3 million raised from startup platforms, with $30m garnered from additional rounds of funding.

Take our advice: don’t buy newfangled, crowdfunded products until you see it in physical stores. We’ve sunk money into many a well-funded project, which crumbled as inexperienced teams squandered away millions of dollars. Besides, early reviews indicated the baggage moved rather slowly, and none of them demonstrated how the luggage actually functions in crowded airport environments.

Even if the suitcase can navigate around people, everyone’s going to be bumping knees first into it unless you attach a flag to make it highly visible. Finally, you absolutely have to use it as a carry-on due to its onboard battery – meaning that much more extra weight as you hoist it up or down in the plane.